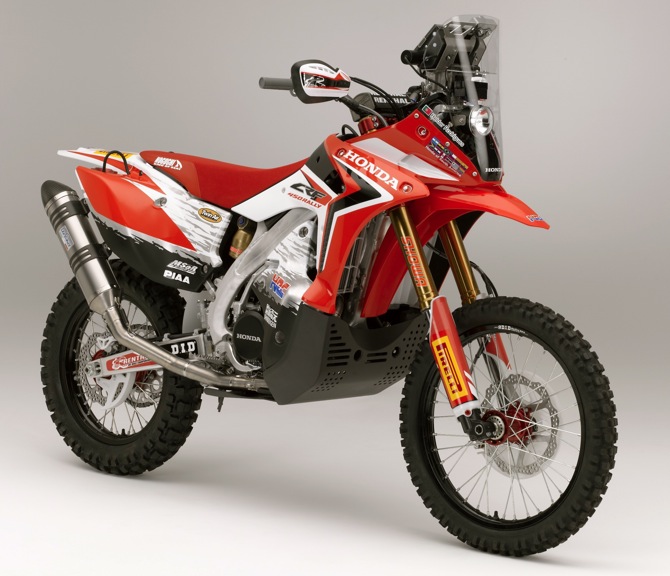 Honda unveiled the new CRF450 Rally at Intermot in on 2 October 2012. It’s the bike that the Japanese manufacturer will use on its return to the famous Dakar Rally in in January 2013. This video was shot during development of the CRF450 Rally in with Team HRC Rally rider Filipe Zanol, from . For full team and bike information, plus regular updates, visit www.teamhrcrally.com and follow the team at @teamhrcrally.

Large Project Leader Team HRC Rally Katsumi Yamazaki speaks from the unveiling of the Honda CRF450 Rally at Intermot 2012 in about Honda’s exciting plans to compete in the world’s toughest rally – the 2013 Dakar Rally.