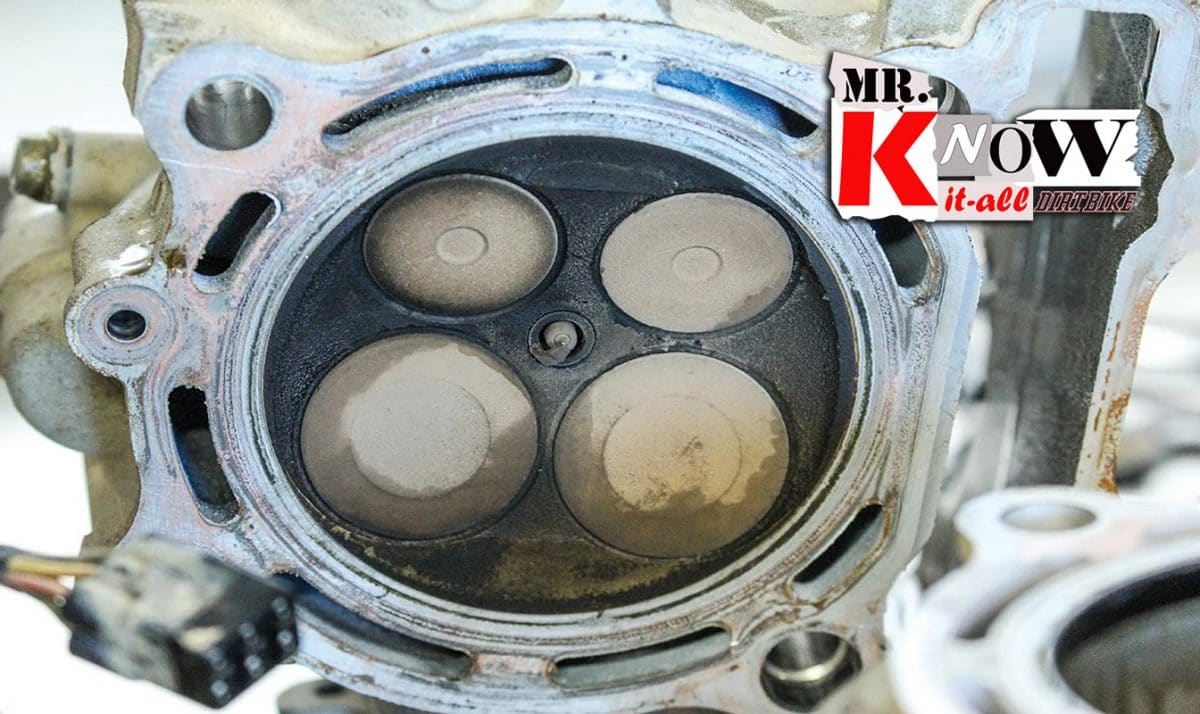 I’m a two stroke guy who hasn’t owned a two-stroke in years. Somewhere I gave in to peer pressure and got a used Suzuki RM-Z250. Unfortunately, I love it. It’s unfortunate, because I have now ridden it for over 250 hours with no maintenance. Now I need to rebuild it. I could have done my old RM 125 in between motos, but the four-stroke is a little more intimidating. Do you have any good references for a first-time four-stroke rebuilder? Which videos do you recommend?

Videos? Oh, so sorry. Illiteracy is a devastating handicap. If you had the ability to read, I would suggest Suzuki’s Genuine Shop manual. It’s excellent, as is the Haynes. Perhaps you can get someone to read them to you. If so, you might also get that same person to read the following story which focuses on the importance of a good valve job–something you should have done professionally. It was penned by Jean Turner, using information from Race Tech’s Engine Rebuilding Department.

First things first—a good cleaning is in order on any bike, especially one with a few years under its belt. Race Tech utilizes a soda blaster, shooting high-pressure baking soda, rather than a media blaster or sand blaster. “It’s a non-abrasive material, so it never damages the surface of whatever material you’re blasting. We can hit the cylinder head and the gasket surface and never damage any kind of sealing surface,” Flores explains.

After the soda blasting, the head goes into the UltraSonic cleaner. High-frequency waves and a special cleaning solution formulated for aluminum give it a clean finish and brighten the appearance. The cylinder gets the same treatment, as well as a precision honing with diamond stones for a like-new finish.
“It all looks brand new when we’re done,” said Flores.
The difference is remarkable. 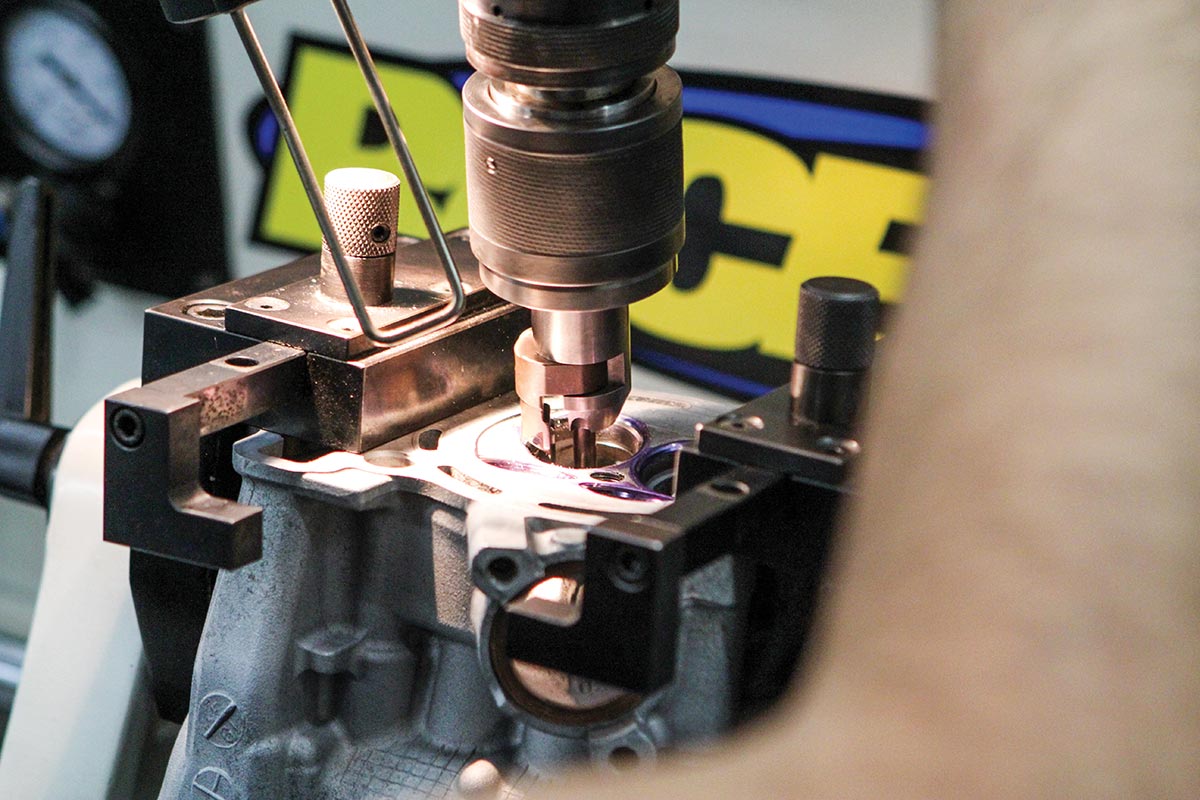 With any valve job, precision and efficiency are the goals. Race Tech guarantees a valve seat to concentricity of less than .001 inches and a vacuum test of better than 1 percent. They even send your engine home with a little report card (spec sheet). Our little RM-Z graduated with straight As. Concentricity was improved on all four seats, going from .001 to .0005 inches on one exhaust valve and even .0006 to .0002 inches on one intake valve. Vacuum went from 90 to 100 percent on intake and 95 to 100 percent on exhaust.

Race Tech Five-Angle Valve Job
What exactly is a five-angle valve job? The aim of our project was to rescue this RM-Z from the torture it endured, so Race Tech gave it the standard valve treatment (three-angle). But, if you’re seeking a performance upgrade, the five-angle valve job is a great way to get it.

“A five-angle valve job is like a radius valve job,” Crow explained. “The inside diameter of the valve seat gets larger, which allows more air to flow. You can gain 1-2mm of inside diameter with that cutter. It’s a really cheap way to make a power gain. The cutter, having five angles, makes the valve seat shaped like a Venturi, which really helps get the air inside.”
Crow also explained the importance of increasing the air speed rather than the air volume, a commonly misunderstood factor in engine work.

“If you grind the head wrong—if you take too much off or you don’t take it off at the right spot—you’ll lose air speed. And air speed is velocity. Airspeed is torque. You want airspeed. With the way Andrew’s doing heads, he’s actually getting it into the cylinder head and slowing it down and turning it and speeding it back up.”

For most riders, a torque gain is more useful than increased horsepower, as Crow explains. “If you just go after a horsepower number, most of the time you’re going to give up torque. Most of us don’t ride the bike at the top of the powerband all the time, so we don’t need a big horsepower number. With the valve job that Andrew does, he’s able to give you a better torque number, which is more power throughout the powerband, providing quick, easy acceleration that can pull you out of a corner. That airspeed is where you get that.”

THE GOODS
Cleaned, honed, cut and tuned by Race Tech, the head and cylinder were good to go. A new Vertex piston and ring set, fresh gaskets and titanium valves from Suzuki completed the top-end on our RM-Z. On the bottom end, Hot Rods provided us with a new crank, which Race Tech ensured was perfectly trued, and Suzuki supplied a replacement water-pump shaft and seal.

Our little Zuke is back to running like new—not an easy trick for an old dog; but, with the help of Crow Performance, Race Tech and aftermarket parts from Hot Rods, Vertex and Suzuki, it is possible to breathe new life back into a tortured bike.