This 700cc two-stroke was a short-lived project brought to the U.S. by Frank White of ATK. Even though it says ATK on the side of the tank it was the last vestige of Maico. After family problems caused the break-up of Maico in the mid ’80s, the tooling and the intellectual rights went to a Dutch company. The gigantic two-stroke motor, as it turned out, was great to power sidecars, and that’s what the company specialized in for the next 30 years. But they still made a few dirt bikes. Frank White, who owns ATK, had a fascination for the motorcycles and imported a few under his company’s name. We actually rode one of the massive two-strokes about 15 years ago. It seemed like someone dropped an airplane motor into a motorcycle chassis. It wanted to run at one specific rpm level all day. 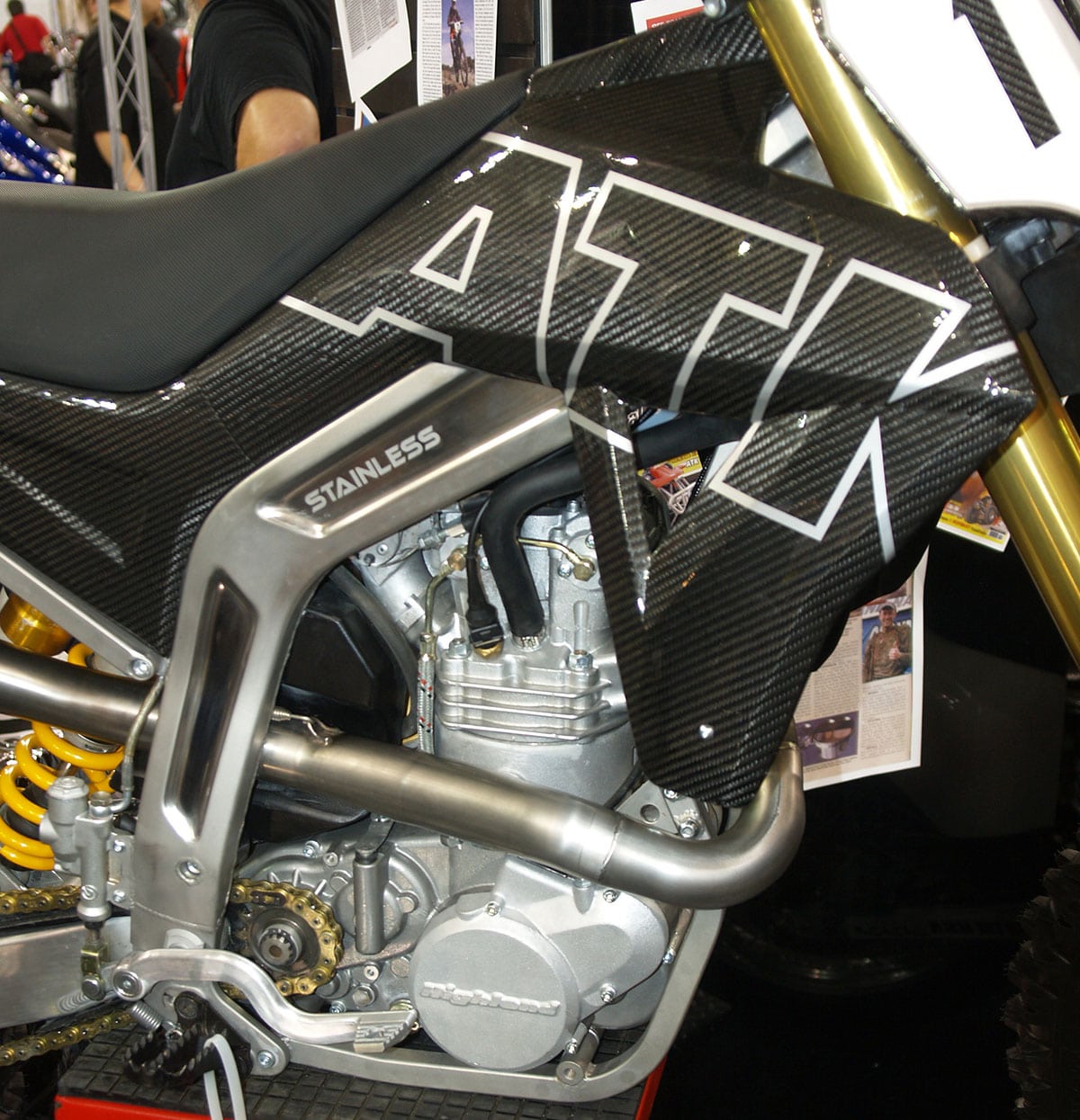 Frank was a bubbling cauldron of ideas. This was another of his projects that he floated at the Indy trade show one year. The engine was a single cylinder Highland, designed by Swedish engineer Mats Malmberg and the frame was constructed of stainless steel. 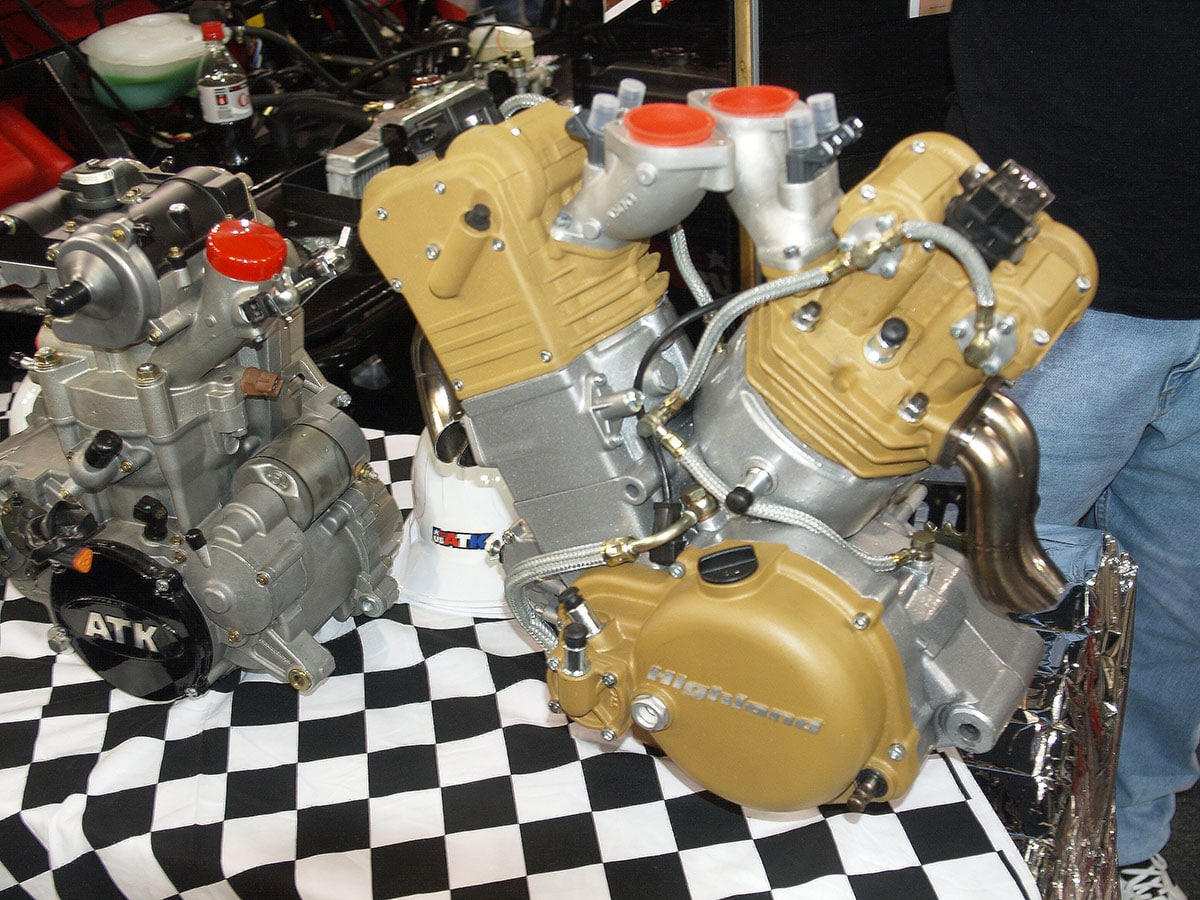 Mats was involved with several makes over the years, and actually produced a handful of motorcycles in Oklahoma after the deal with ATK ended. Sadly, Mats was killed in a plane crash in 2010. You can read about the Highland tragedy here. 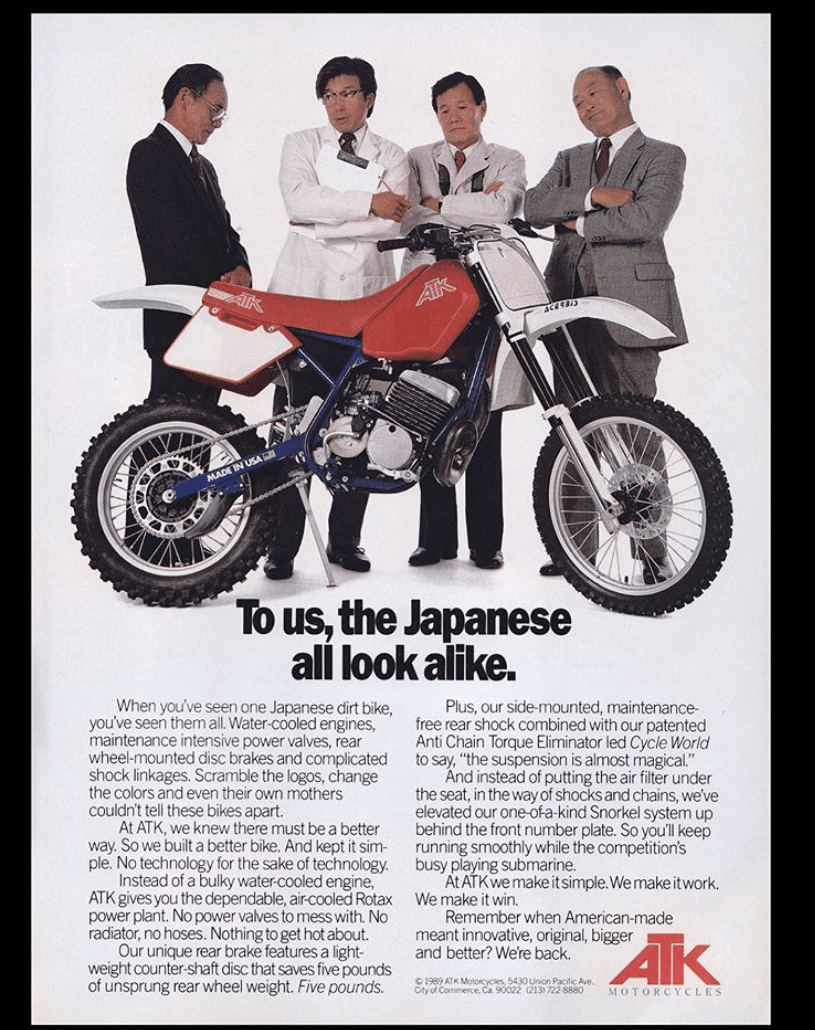 Prior to Frank White taking over ATK, the company changed hands several times. The 1989 ad appeared in several magazine might be considered racist today but … well, it was racist in 1989, too.

RACING BASICS: WHAT THE FLAGS MEAN