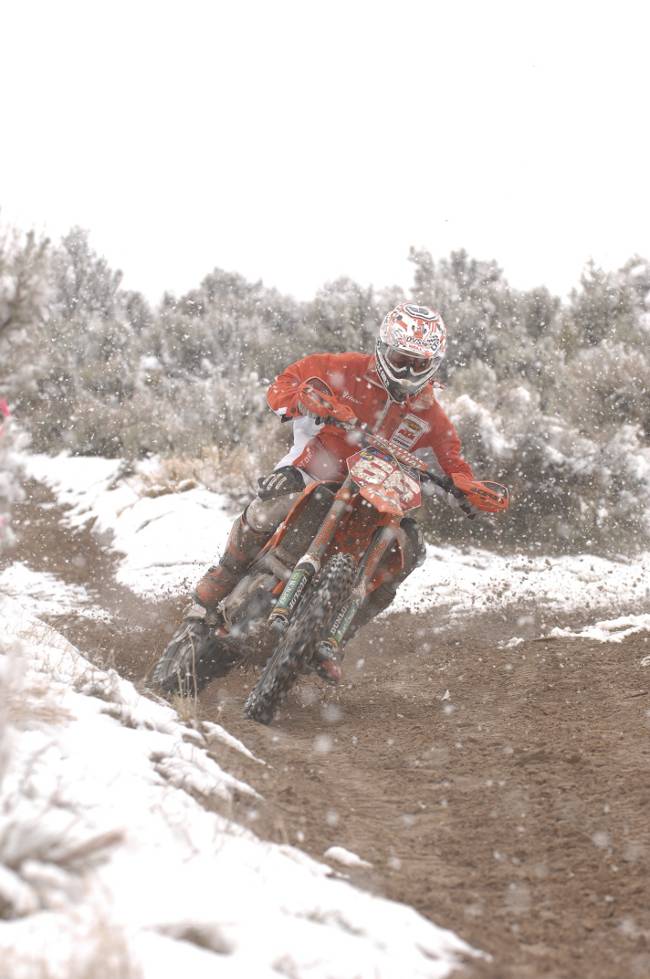 Share FacebookTwitterGoogle+ReddItWhatsAppPinterestEmail
Factory FMF/KTM Team rider Kurt Caselli won his fourth Hare & Hound of the season at the fifth round of the series held in Jericho, UT.

The weather was not kind to the riders this week as temperatures were below 30 degrees and it snowed the entire length of the race. “I knew it would be cold, but I didn’t think it would snow on us during the race,” commented Caselli. In order to keep warm, Caselli took hand-warmers and put them in his boots and inside his jacket.

Caselli got off to a great start, taking the early lead on his electric start KTM 450 XC-F. Caselli lead all 49 miles of the first loop. “The course was up in the middle of these mountains so there were quite a few boulders and with the constant snow fall it was very slippery all day long,” remarked Caselli. “I rode a slower pace than normal to ensure I didn’t crash on the boulders. I was lucky all day and never had any trouble.”

Caselli led the second loop from start to finish as well, finishing a few minutes ahead of his next closest competitor. Caselli’s win in Jericho, marked his fourth in a row this season. Heading to the sixth round he sits 13 points ahead in the title chase.