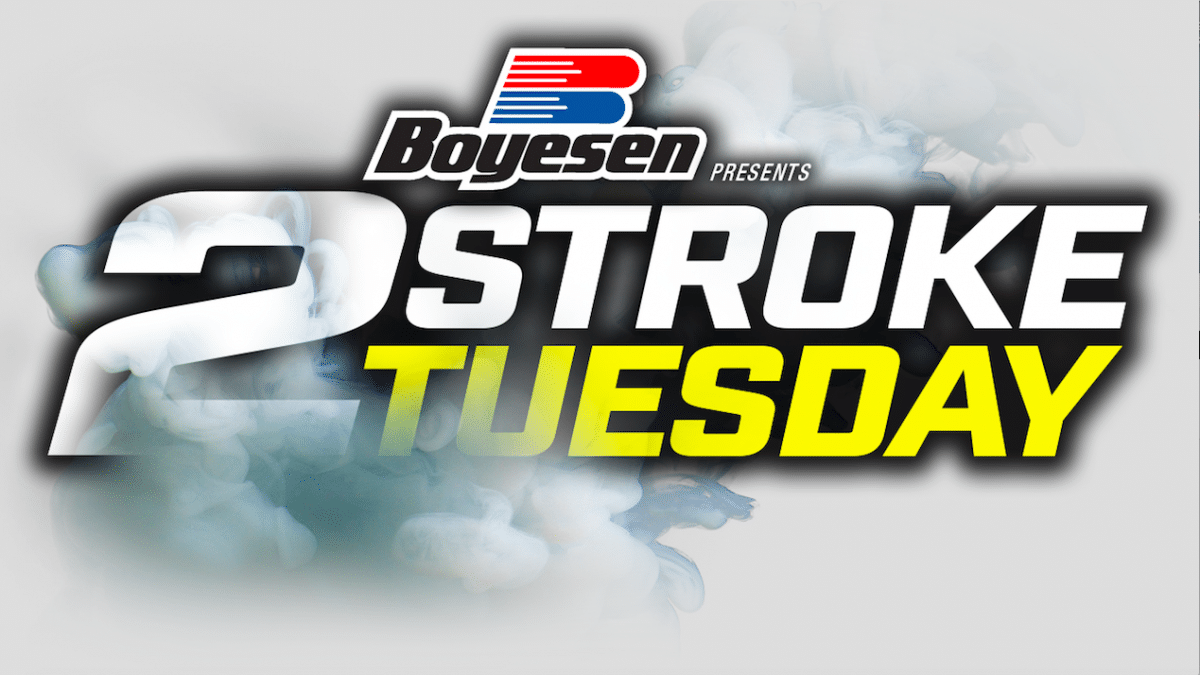 On this week’s Two-Stroke Tuesday we look back at five iconic factory Kawasaki 2-Stroke race bikes. Ricky’s 2001 KX250SR, Bubba’s 2002 KX125SR, Kiedrowski’s 1991 KX125SR, Emig’s 1997 KX250SR and Jeff Ward’s 1987 KX250SR. We packed 2-Stroke Theater full of insane Kawasaki two-stroke project bike footage you don’t want to miss! To keep the green tide rolling we give you an exclusive link at the bottom of this post to what a 2018 KX125 might look like if it rolled off the production line today! 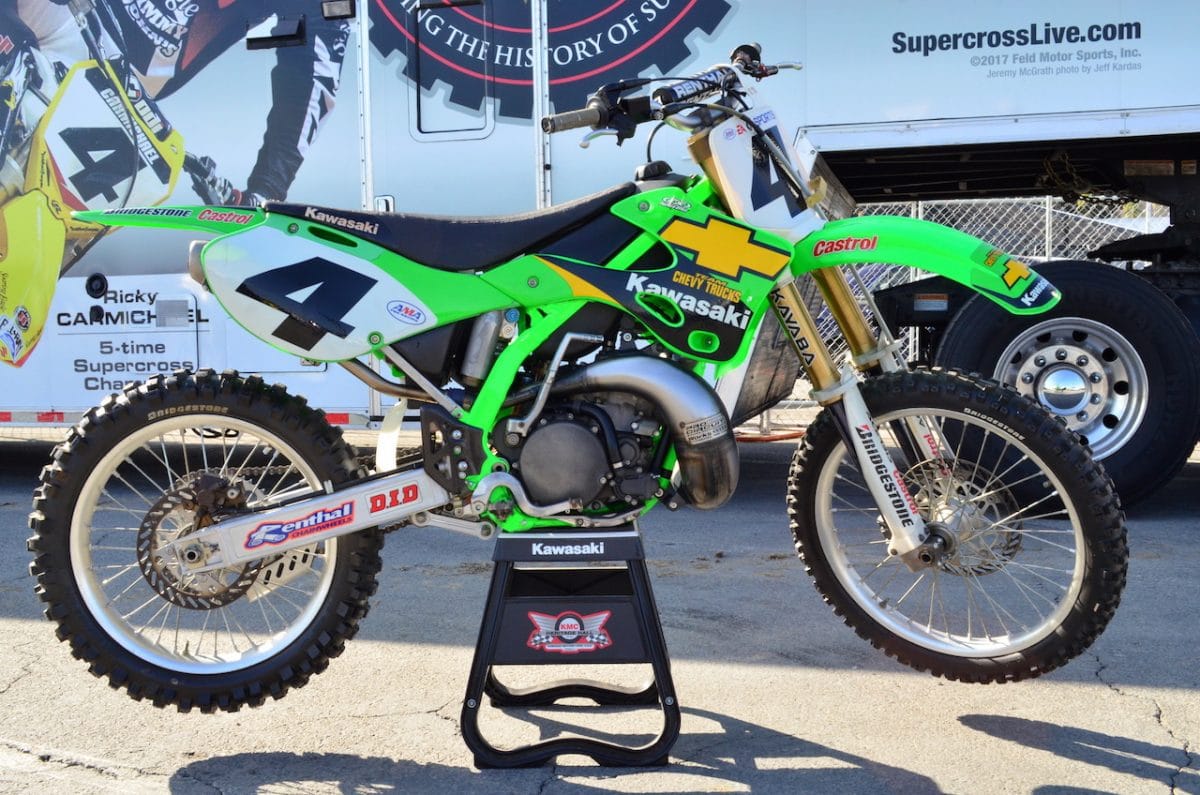 This machine and Ricky dominated the 2001 SX season winning 13 main events on his way to the championship. These Chevy Trucks graphics are one of our all-time favorite designs. See more of Ricky’s 2001 factory KX250SR here! 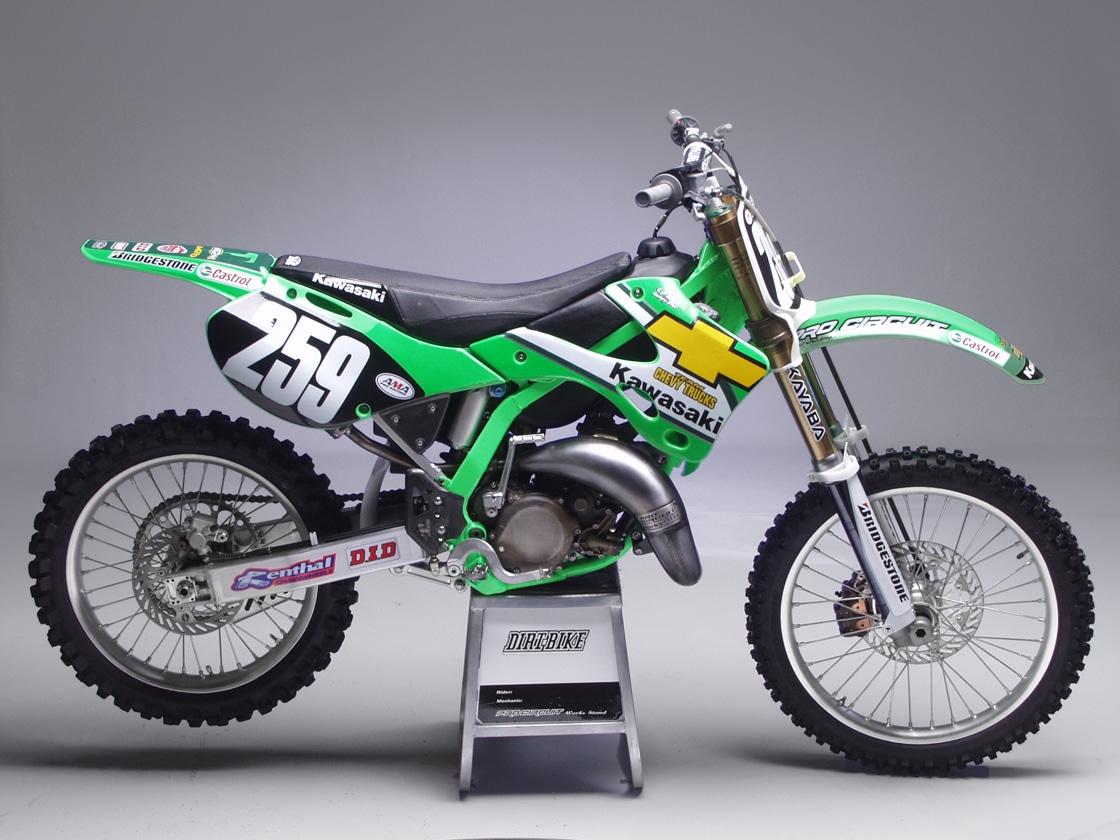 Thanks to Ron”Money Shot”Lawson we have the images below of Stewarts race machine right before the 2002 Supercross season. Until 2002 Kawasaki had farmed the 125 team out to Mitch Payton and his crew at Pro Circuit. James Stewart was important enough to to be under the Team Chevy Kawasaki tent. See more of James”Bubba”Stewarts 2002 factory Kawasaki KX125SR here! 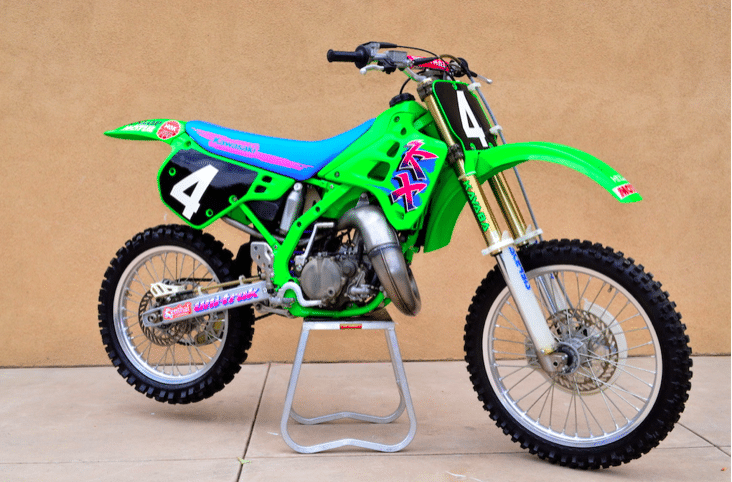 Coming into the 1991 season Mike Kiedrowski was all about redemption. He had just got fired by factory Honda after loosing the 125cc outdoor national championship to Suzuki’s Guy Cooper by one point and all he had on his mind was winning. Kawasaki gave him 100% backing. See more of Mike Kiedrowski’s KX125SR restored by his then mechanic Shane Nally here. 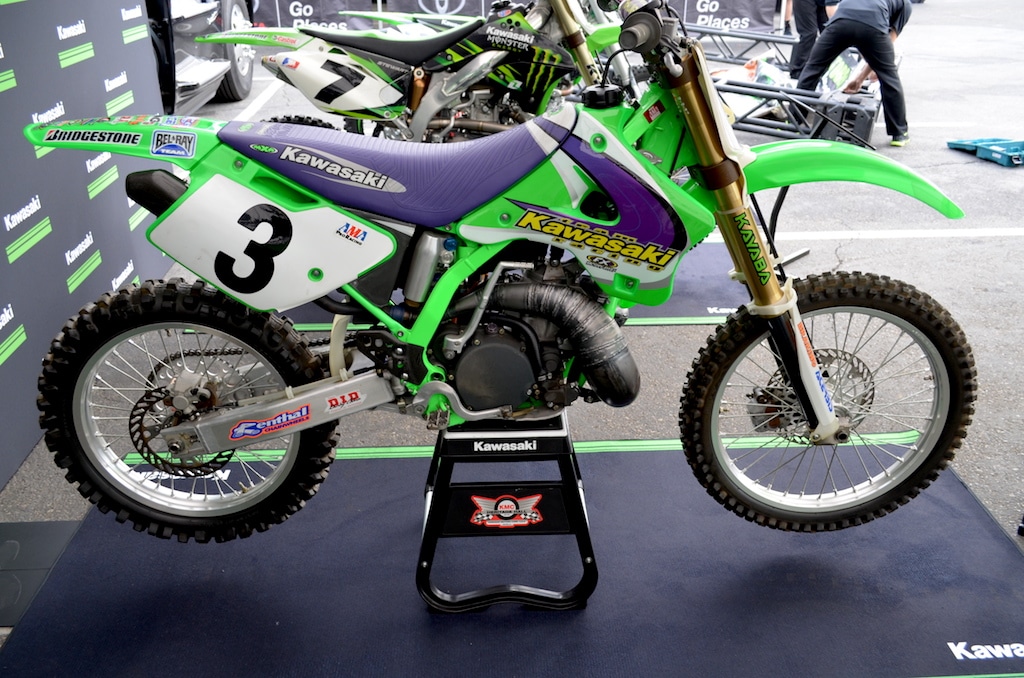 Definitely one of the trickiest looking machines of 1997 and of all time for that matter. Jeff Emig’s KX250SR tuned by Jeremy Albrecht had it all. Powder coated frame, carbon fiber, cool graphics and tons of factory parts. See more of Jeff Emig’s 1997 KX250SR here. 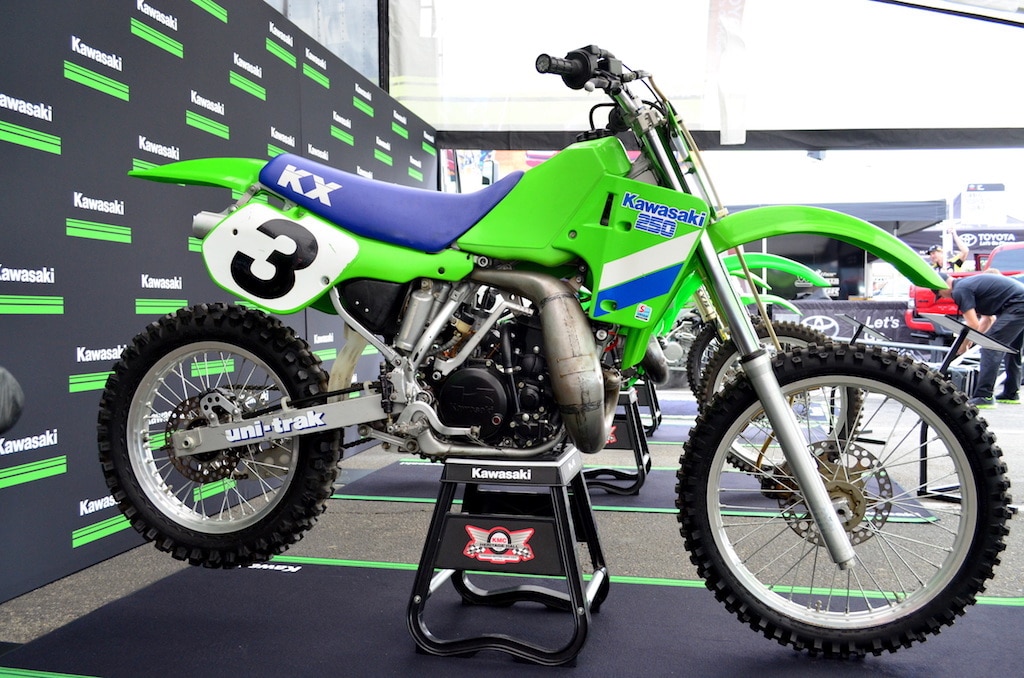 Jeff Ward’s second AMA 250cc Supercross Championship was won on this KX250SR in 1987 using the number 3. Ward and Honda’s Rick Johnson were involved in a very heated battle for the championship. Jeff would eventually prevail over the heavily favored Honda rider. See more on Jeff Ward’s 1987 KX250SR here.

If you like the all the factory Kawasaki’s featured on this week’s Two-Stroke Tuesday check out this 2018 KX125 build from Jon Primo at Pro Circuit. Click the image below for more! 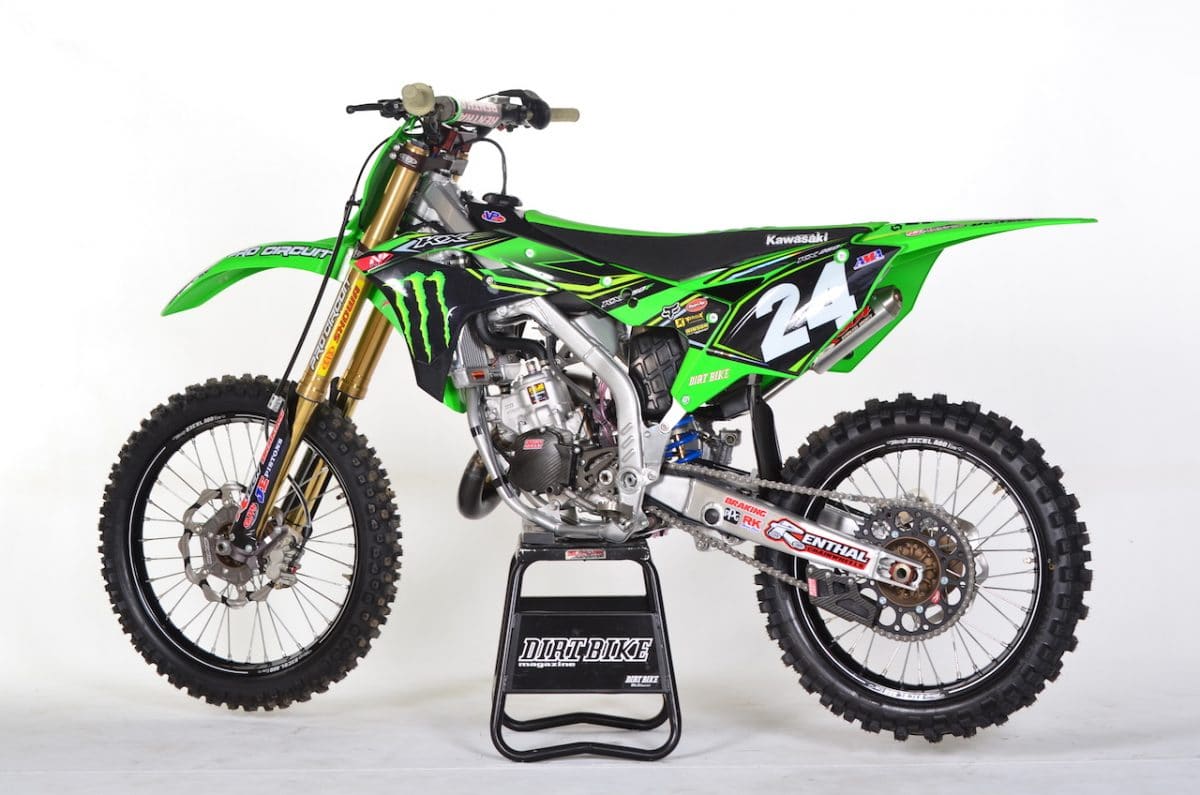 JUSTIN BOGLE OUT FOR THE SEASON