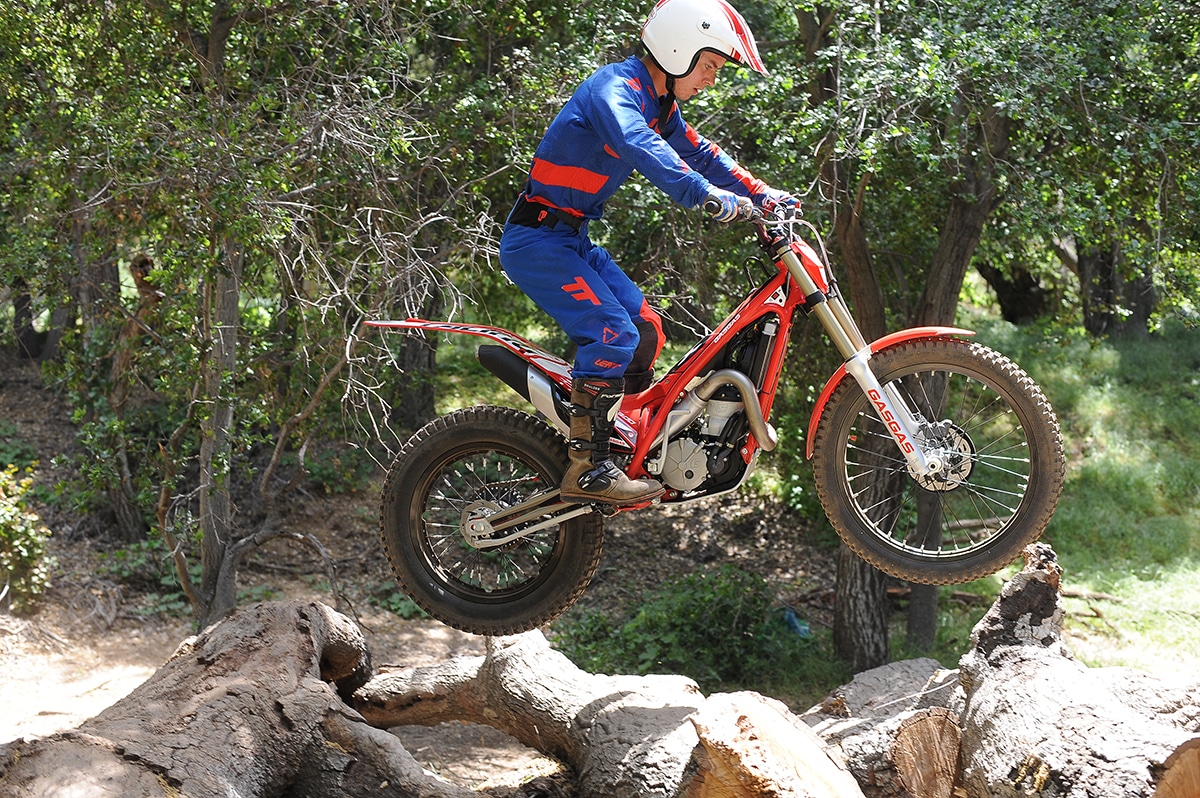 The first ‘New’ GasGas dirt bike that we have received for testing is their TXT Racing 300 trials machine. Pierer Mobility AG purchased a majority stake in GasGas and while their new motocross and off-road lineup will certainly resemble current KTM equipment, the trials line of machines retains the DNA that makes them one of the top machines in the arena.

Our off-road test consultant Ryan Koch has strong ties to the trials/hard enduro world and has been testing the new GasGas with excellent results. The new TXT Racing 300 features the lightweight tubular chrome-moly frame, TECH forks and an ÖHLINS 2-way hydraulic rear shock absorber. The power is strong, there are selectable maps and stopping power and clutch action is provided by BrakeTech systems.

Here’s a quick hit from Ryan-

– “claimed weight of 149 pounds dry: it feels light and is super mobile”

– “bodywork is sleek and smooth”

– “Tech fork and Ohlins shock has plenty of rebound for hopping the machine, and great bottoming resistance for large drops”

– “This bike is astonishing; it’s loaded with trick bits and performance is in abundance. The bike is willing to take you as far as your skill level is willing to go.”

AND A LITTLE VIDEO OF RYAN PLAYING ON THE GASGAS