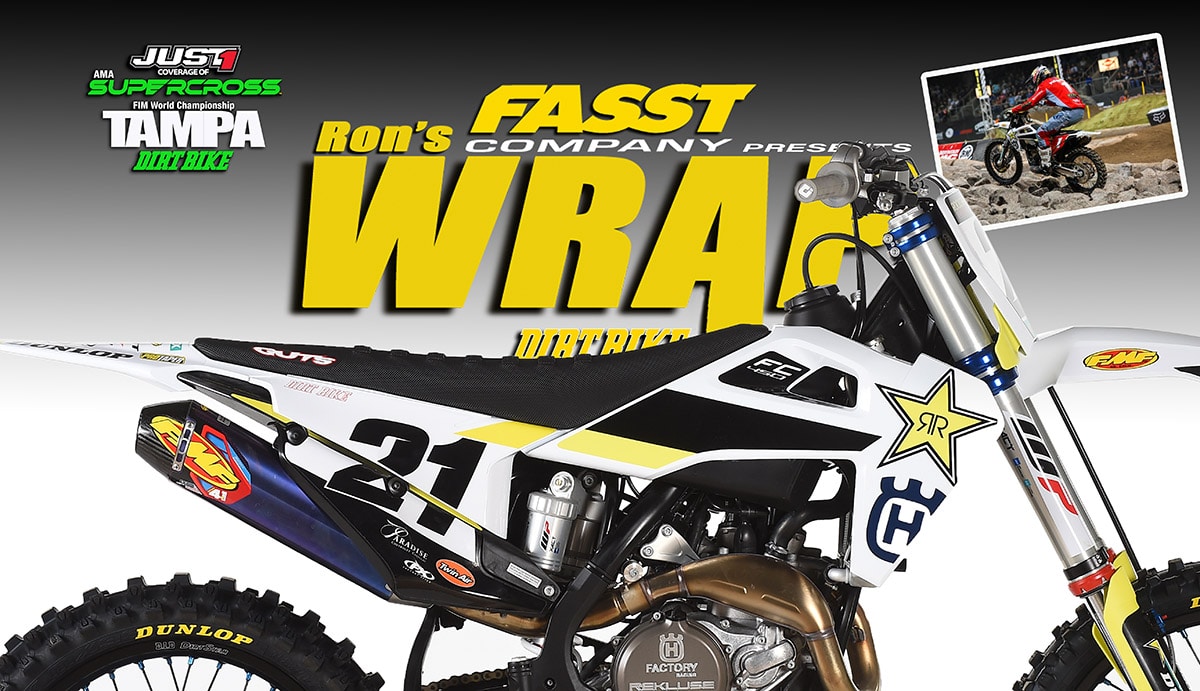 Some years, the Husqvarna Rockstar Edition is a very big deal. Some years it isn’t. This particular year is a mix. It doesn’t have any big frame or motor changes like it did in 2018½. That was one of those years when it served as an advance run of the production bike that followed the next model year.  This time around the bike has no obvious external external changes aside from the usual bling of a special edition: the FMF Factory 4.1 titanium silencer, the blue CNC triple clamps, the Guts seat cover, the Rekluse clutch cover, the skid plate the holeshot device  and all the styling licks. What’s special about this bike is a huge focus on suspension, which was the bike’s biggest weak point.

Husqvarna is sticking with the WP XACT air fork in front. It’s the sole survivor of the massive air-fork movement of the mid 2010s. Instead of abandoning the concept, WP engineers are attempting to develop it further. The benefits, they feel, are good enough to justify more effort. The air fork is still very light, easy to adjust and it can be less expensive to manufacture. They concede that it will never feel exactly like a coil-spring fork, but that’s okay as long as it has its own personality and performs well in its own right. 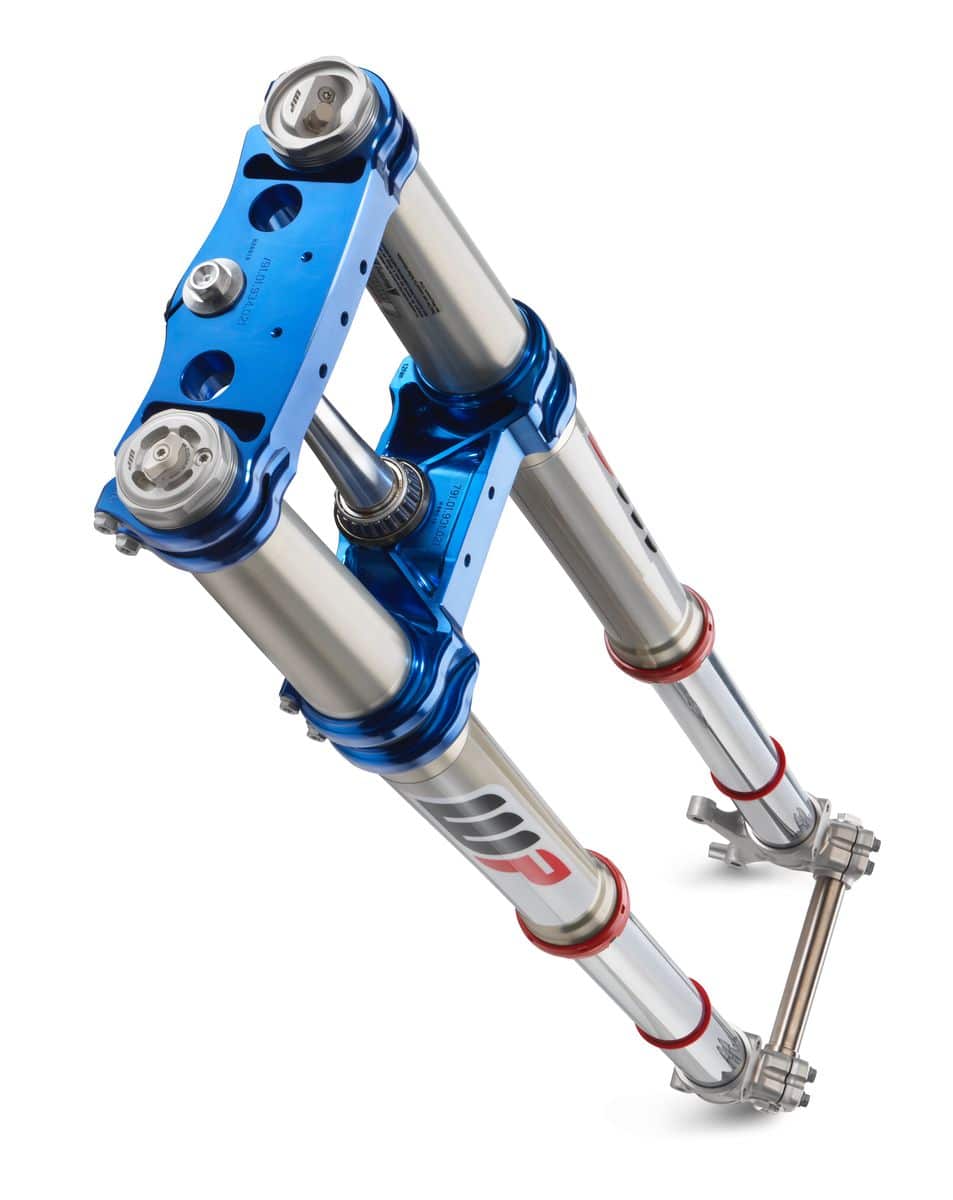 To that end, the fork on the Rockstar Edition has some very important internal changes. The good things about it are still there. The air chamber is still in the left leg, compete with a self-filling balance chamber, and the damping clickers are in the right. The big changes are in the mid-valve, the bottoming system. the balance chamber and anti bind measures. You have to be a little bit of a suspension nerd to understand most of these. I confess, that I’m no suspension engineer, so I sat down the the WP guys and with Ronnie Schuler from ESR [(760) 949-0942] and had them walk me through it. The single biggest shortcomings of the WP air fork are comfort and feel. On one had, the fork has low-speed harshness, on the other you can have vague feedback for front-end traction. Those two traits are in conflict with each other–it’s hard to make one better without making the other worse.

According to Ronnie, the old WP mid-valve is part of the problem. It’s the first valve to move, and with the old design, it forced all the oil to pass through the shim stack from the start. That system has been redesigned to allow a certain amount of “float” at very low speeds, the oil bypasses the valve stack. allowing for easier initial movement.  WP engineers also did away with the hydraulic bottoming system in favor of a much simpler bump-stop rubber, and worked on seals and bushing in order to reduce stiction. Then there are the usual year-to year changes in valving and volume. The bypass that allows the bike to settle when it’s first taken off the stand is longer, the air volume in the balance chamber is greater and the rebound clicker now can be adjusted without a screwdriver. In the rear, most of the focus is on new seals and O-rings to reduce friction, in both the shock and the linkage. 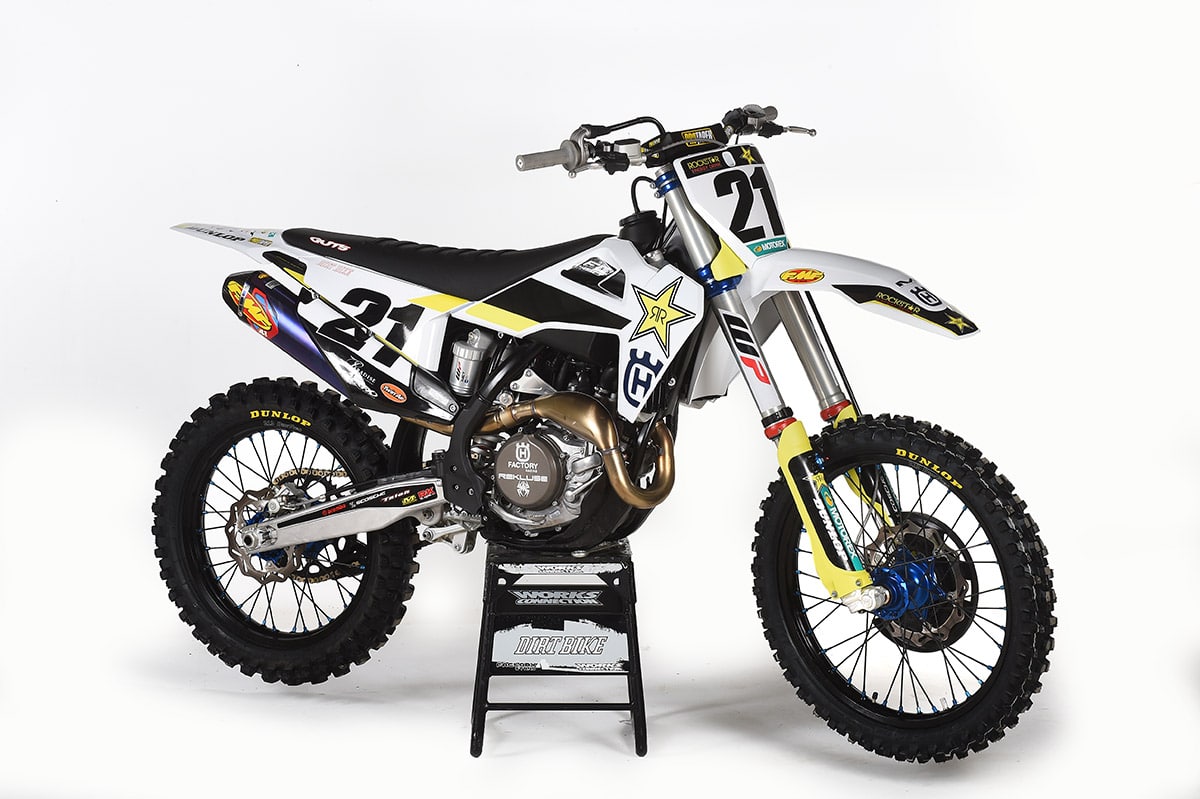 Sean Lipanovich was the man behind the bars on our first day of testing. First things first, he reported that the bike is still very much a Husky FC450. He’s a big fan of the Husqvarna and KTM platform for a number of reasons. The biggest is the smooth power delivery. The motor comes on so gradually that it doesn’t feel nearly as fast as it is. This year there is a bigger difference between map 1 and map 2, which still goes to personal preference–although both still are smooth with a somewhat soft power delivery down low. The change is when, not how much, the power ramps up afterward. The bike still handles great and feels super light. It is, of course, super light. On our scale it weighs 223 pounds without fuel. Wow. There are still Japanese 450s that are around 240 pounds.

As for the suspension, Sean reported that he loved it. Sean isn’t a large man–he’s under 150 pounds fully geared up, and he normally runs softer suspension settings than you would expect from a pro. In this case, he didn’t. Aside from setting the sag, he ran the stock setting and never felt any of the traditional WP low-speed harshness. Unfortunately, we didn’t have a stock 2020 production FC450 on hand for back-to-back comparison, so it’s hard to provide really definitive results. We do understand where Husqvarna and WP are going with these changes, though, and we are completely on board. We like the air fork too much to give up on it because of our remaining complaints. WP always had the best air fork, and it’s fitting that it would be the sole survivor. For the full test of the 2020½ Husqvarna FC450 Rockstar Edition, check out the May, 2020 print issue of Dirt Bike. For a Dirt Bike video featuring the Husky Rockstar Edition, click here. 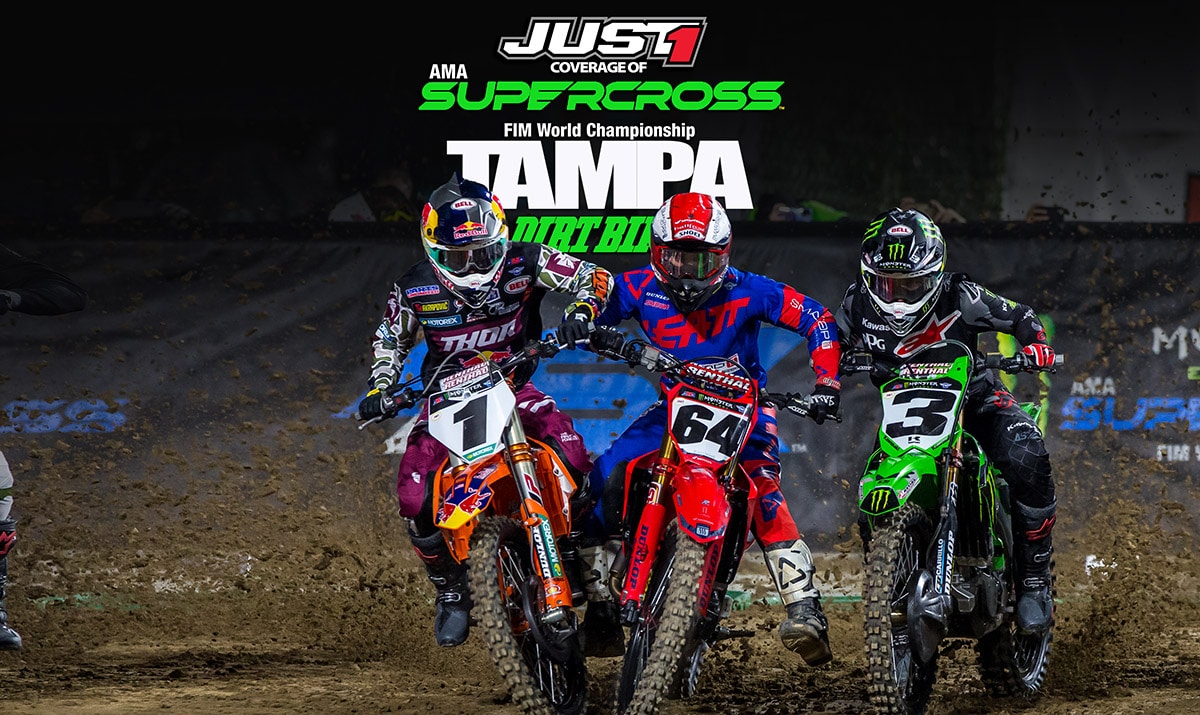 The whole Supercross entourage made the trip from San Diego to Tampa, Florida this week as the series begins its eastern swing. Tampa was a fixture in the Supercross series for years until Tampa Stadium was torn down in 1999. In 2018, it finally returned to town, setting up in Raymond James stadium, which is now a good 20 years old. In the 250 clas, it will be the first time many of these guys have raced in 2020. Many are on new bikes, including Shane McElrath on the Star Yamaha team, Jordon Smith on the Pro Circuit Kawasaki team and RJ Hampshire on the Rockstar Husqvarna team.Chase Sexton will return to the Geico Honda team to defend his title. It’s his last year in the 250 class, one way or another.

For extended coverage of the Tampa Supercross, click here.

The 2020 AMA EnduroCross championship series will include five events kicking off on August 22, 2020 in Prescott Valley, Arizona. The second event will take place in September with the date and location still being finalized. On October 3rd the series will make a first ever visit to the state of Texas, with an event in Amarillo. The penultimate round will take place in Denver, Colorado on October 10th and the series will conclude in Boise, Idaho, on November 7th.