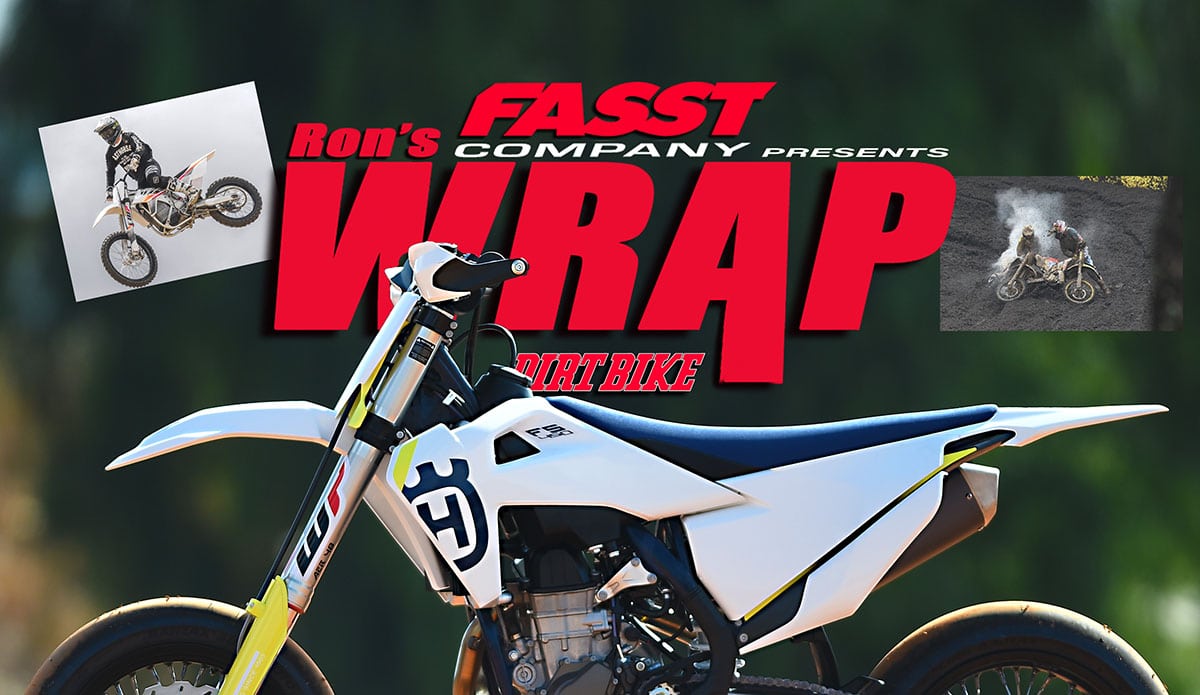 The Husqvarna FS450 is a very special bike. It’s made in small quantities for a narrow slice of the motorcycle market. At its core, it’s a 2019 FC450 motocross bike, but then it takes a different path and becomes a production Supermoto bike. If you were around motorcycles in the early 2000s, you probably remember Supermoto. It was a sport that started in America, was exported to Europe, and then was brought back to the U.S. The concept combined motocross, road racing and flat track. Gavin Trippe came up with the idea in the ’70s for a made-for-TV event called the Superbikers, which was won by riders like Kent Howerton, Danny Chandler and Steve Wise.

Supermoto was embraced by the motorcycle industry and a bunch of retired motocross stars. It was an official AMA championship with national status for seven years, it was featured in the X-Games and there were certain one-off events that were heavily promoted, like the Supermoto a GoGo at the Long Beach Harbor. But Supermoto never attracted very big numbers of participants, and it faded in stature after a few years. Today, it remains a specialized sport in the U.S. The bikes modeled after this form of racing are treasured by canyon racers and still enjoy moderate popularity in street-legal form.

Husqvarna knows that dealers aren’t going to be stormed by Supermoto enthusiasts and imports the FS450 in small numbers. It is, essentially, a motocross bike with road-racing tires, wheels and brakes. The suspension components are also modified and the bike has a slipper clutch, which smooths out rear wheel chatter for downshifts.

We spent a full day riding the FS450 at Adams Kart Track in  Riverside California. Most of today’s Supermoto events are either set up in large parking lots or on karting tracks like this. Needless to say, we spent most of the time learning about how to ride the track and figuring out what Supermoto was all about. The bike itself was secondary. Motocross riders have to overcome several big obstacles in order to get the hang of it. First, you have to trust the traction. The bike has Bridgestone 125/80 R420 and 165/65 R420 slicks and on pavement, they grip much better than anything a dirt bike rider has experienced. The brakes are also far more effective than you might think. A Brembo four-piston caliper is used in front with a 310mm disc. This isn’t overkill at all. If you’ve ever ridden your dirt bike on pavement, you know that conventional brakes feel completely inadequate there.

At first, it’s all about leaning and trusting. After a while, you might be ready to get loose. In order to break the rear wheel loose, you downshift like crazy coming into the turns and barely touch the rear brake. That’s when the rear wheel slides, not on the exist like regular dirt bikes. When you do it right, the bike hooks up on the exist and shoots you down the straight with everything the Husky 450 has. It’s no more powerful than a 450 motocross bike, but it accelerates much harder because of the traction.

I’ve ridden Supermoto bikes before, but this was Mark Tilley’s first experience. He had a blast. The track was open to a number of journalists. He eventually hooked up with Michael Lindsay from Vital MX, who was on the same learning curve. The two of them had so much fun you could see the smiles right through their helmets. The sport of Supermoto probably won’t grow much larger, but it’s crazy fun. A few of the bikes sold in the U.S will be used for racing, but we imagine that canyon racers will line up for them and figure out some underground licensing process. The bikes aren’t street legal by any means, but that hasn’t stopped these guys before. Husqvarna offers the 701 Supermoto as a legitimate street-legal alternative. To learn more about the Husqvarna FS450, click here. 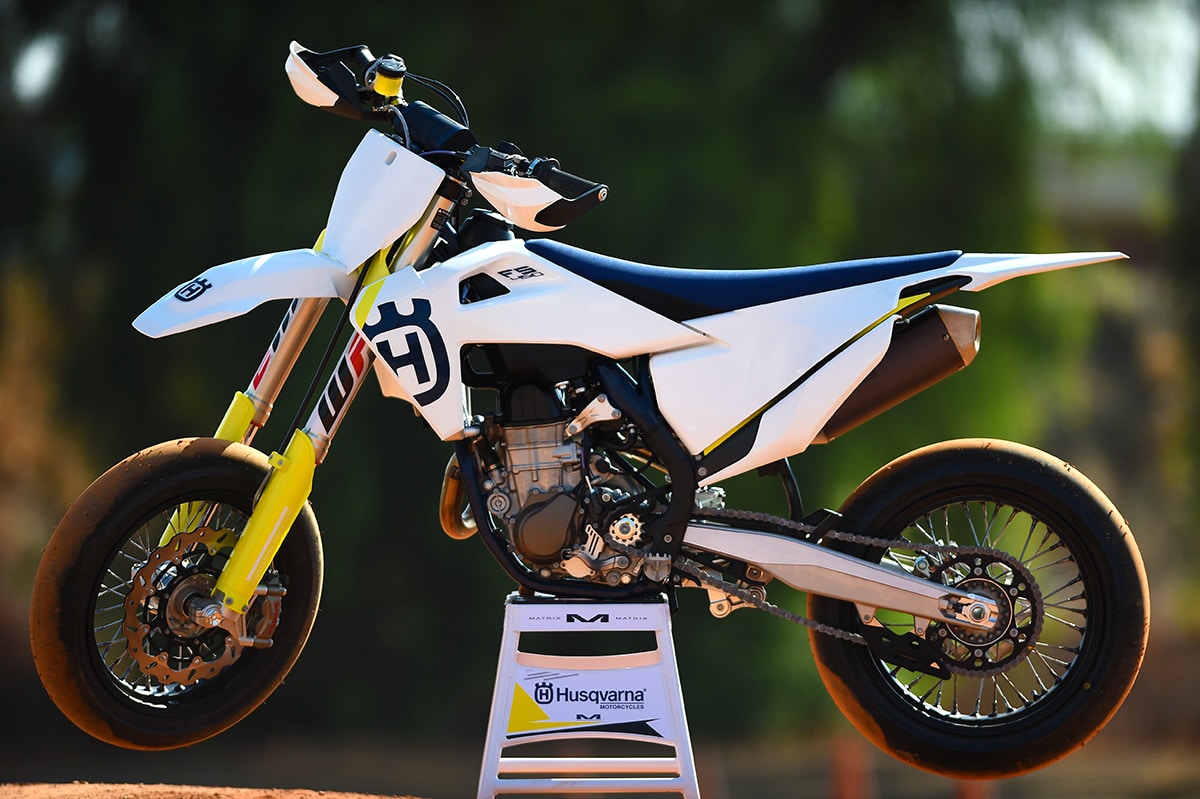 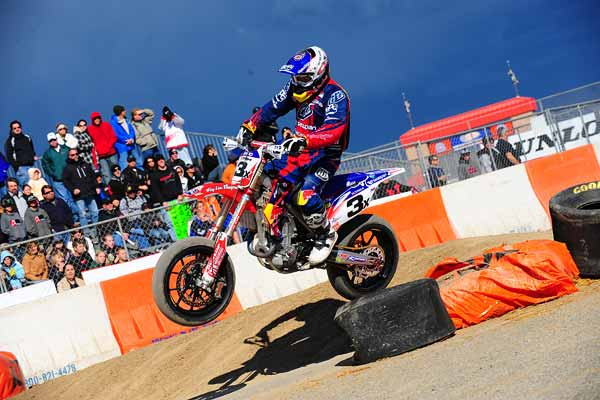 In the U.S., Supermoto had a brief time in the spotlight. The premier class had championship status between 2003 and 2009. There was also an unlimited class, where riders like Grant Langston, Micky Dymond and Kurt Nicoll earned top spots. Here’s the list of 450 champions:

I still haven’t looked at all the photos I took at the Motocross of Nations. There are thousands to go through. It was a mudder, but the RedBud people must have anticipated that. They hauled in tons and tons of sand. The result was a weird mix that was especially hard on bikes and goggles. Our guys weren’t the fastest, but they were fast enough to win. France wasn’t the fastest team, either. The conditions were the random factor that decided the race.Here are some scenes.

Parking was an interesting affair. This truck got stuck on Sunday morning going in and the owner just left it. It was blocking traffic, so the guy with the tractor was told to “Take it into the woods. Far into the woods.” 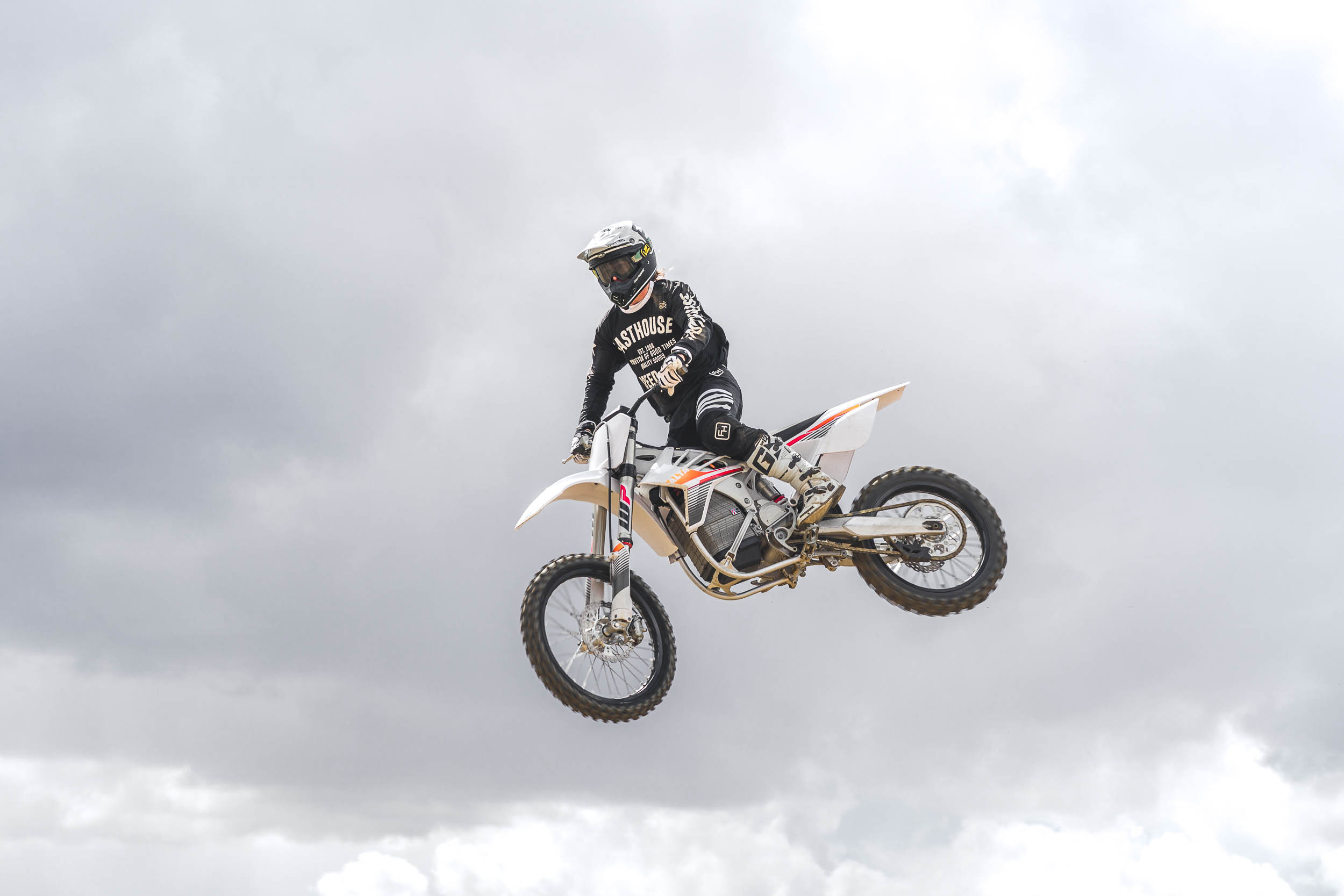 This year, Red Bull Straight Rhythm promoters made a big change to exclude all four-stroke engines, leaving only 2-strokes and electric motorcycles to compete. Darryn Durham, a renowned two-stroke enthusiast, is a perennial competitor in the two-stroke Dream Race taking place during the outdoor pro motocross season, not to mention his popular two-stroke video series “Still Smokin’.” He will be riding the Redshift MXR electric bike this year. It should be interesting. The entire event will be livestreamed beginning at 6:30pm PDT on October 20. Go to www.redbull.com/us-en/events.