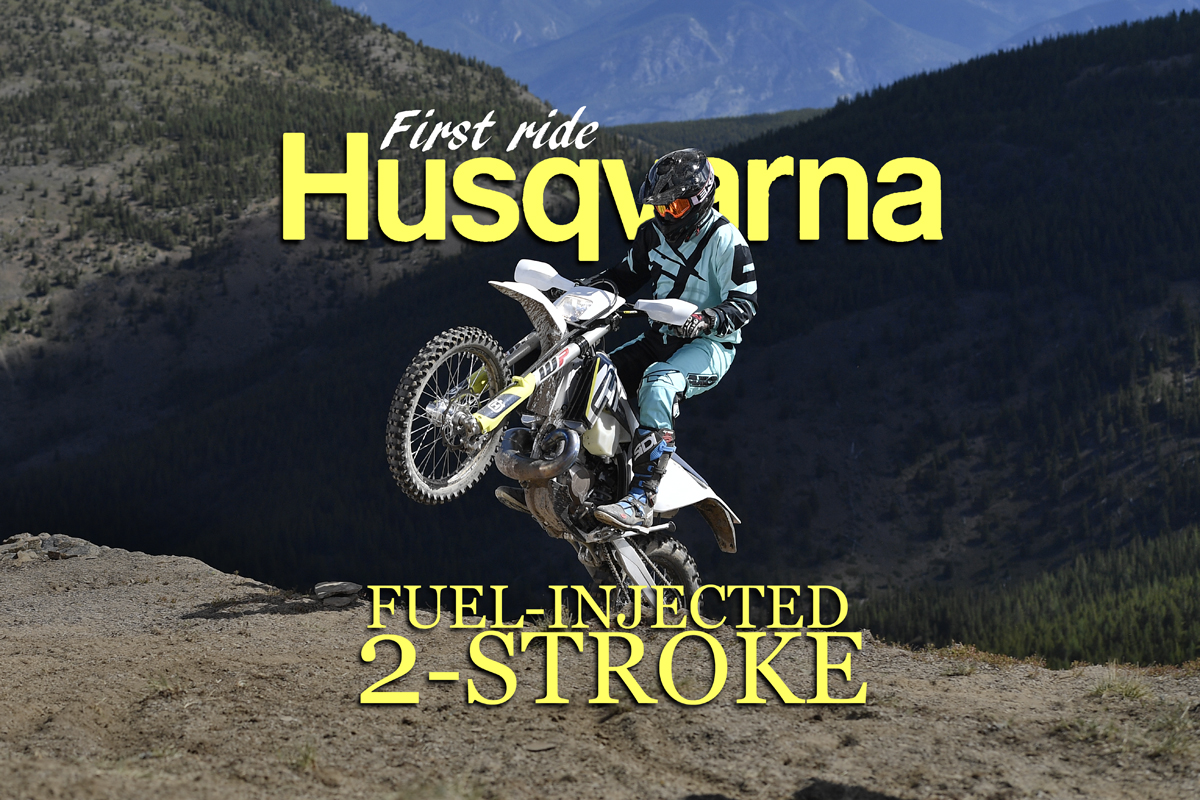 We just finished our first day of riding the fuel-injected 2018 Husqvarna TE250i two-stroke. The world press introduction was held at the Panorama Ski Resort in British Colombia, Canada, which had just hosted a hare scrambles earlier in the month. The bike is very similar to the KTM 250XC-W TPI that we rode a month ago, but it has all the traditional chassis differences that differentiate Husky and KTM. The rear suspension has linkage, the airbox is unified with the subframe and there are a number of component differences. Of those, the most significant for 2018 is that Husqvarna is using Magura brakes, rather than Brembos.

The star of the show is still the fuel injection system. After experimenting with throttle-body injectors, such as those used by four-strokes, and with direct injection as we’ve seen in the marine and snowmobile industry, the engineers in Austria settled on placing the injectors directly in the transfer ports. A Del Orto throttle body meters clean air into the engine and oil is injected as it enters the crankcase. It isn’t until the charge is moving from the crankcase to the combustion chamber that it’s mixed with fuel. The engineers say this isn’t quite as clean as direct injection, but it doesn’t require massive fuel pressure and more complication. The main goal of all this was to meet Euro 4 and 5 emission requirements. The U.S. requirements for off-road and dual-sport emissions are different, and the engineers says that’s a goal for another day.  For now, it’s a closed-course competition off-road bike in the U.S., just as all two-stroke motorcycles are. 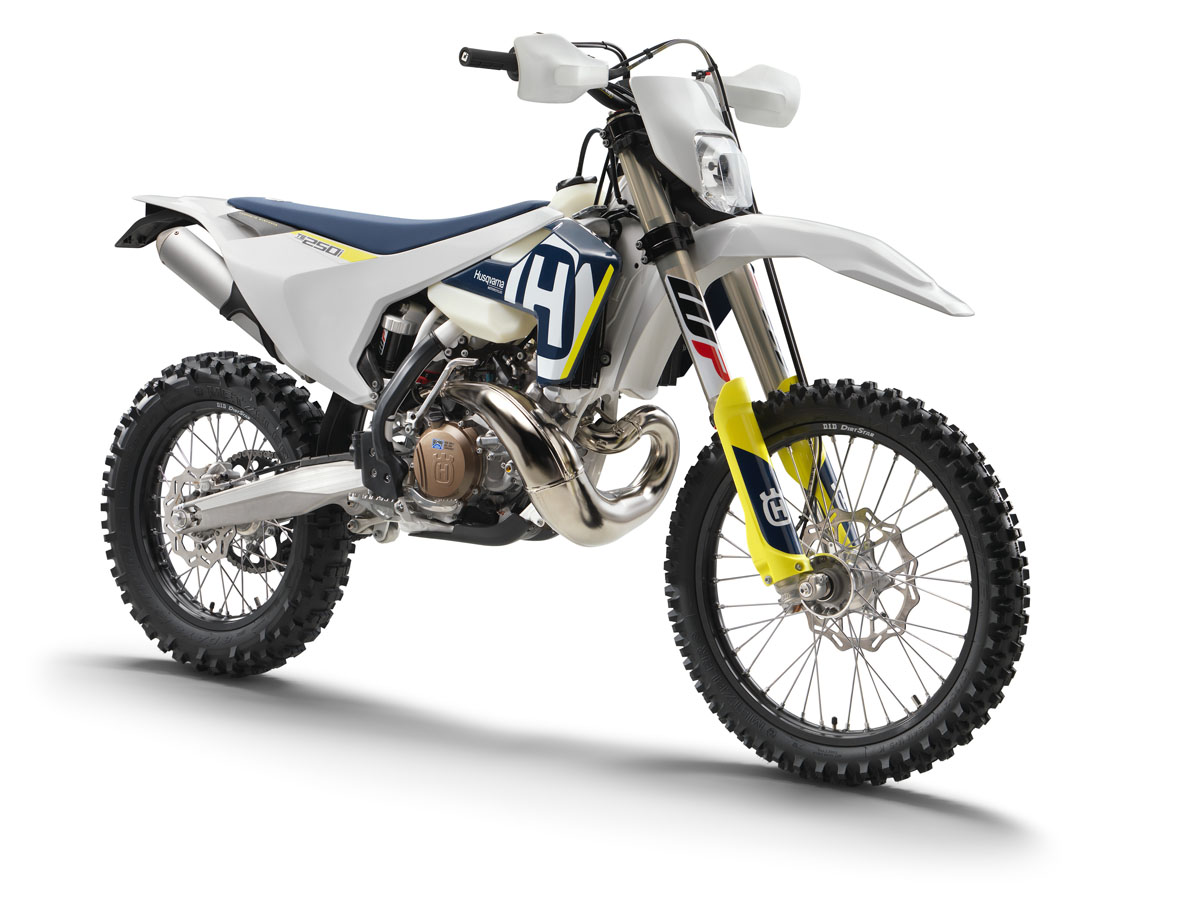 A by-product is excellent performance at altitude and a smooth power delivery. At Panorama, the base of operations was 3000 or 4000 feet, but the trail took us up to almost 8000 feet. That would be a jetting nightmare with any traditional two-stroke. With the 250i, the only change was a decrease in horsepower. The bike still started easily and ran cleanly at altitude. There were some situations that could confuse the bike’s processor; if you held the throttle wide open, then chopped it, then got back on the gas, it would cough and take a second to regain its composure, but it would still recover and clean itself up quickly. At the other end of the scale, when the throttle was just barely cracked open, the performance was outstanding–even better than the most perfectly jetted “normal” two-stroke. The bike cold idle down to a crawl and no matter how jerky you were with the throttle, it wouldn’t miss, bog or stall. 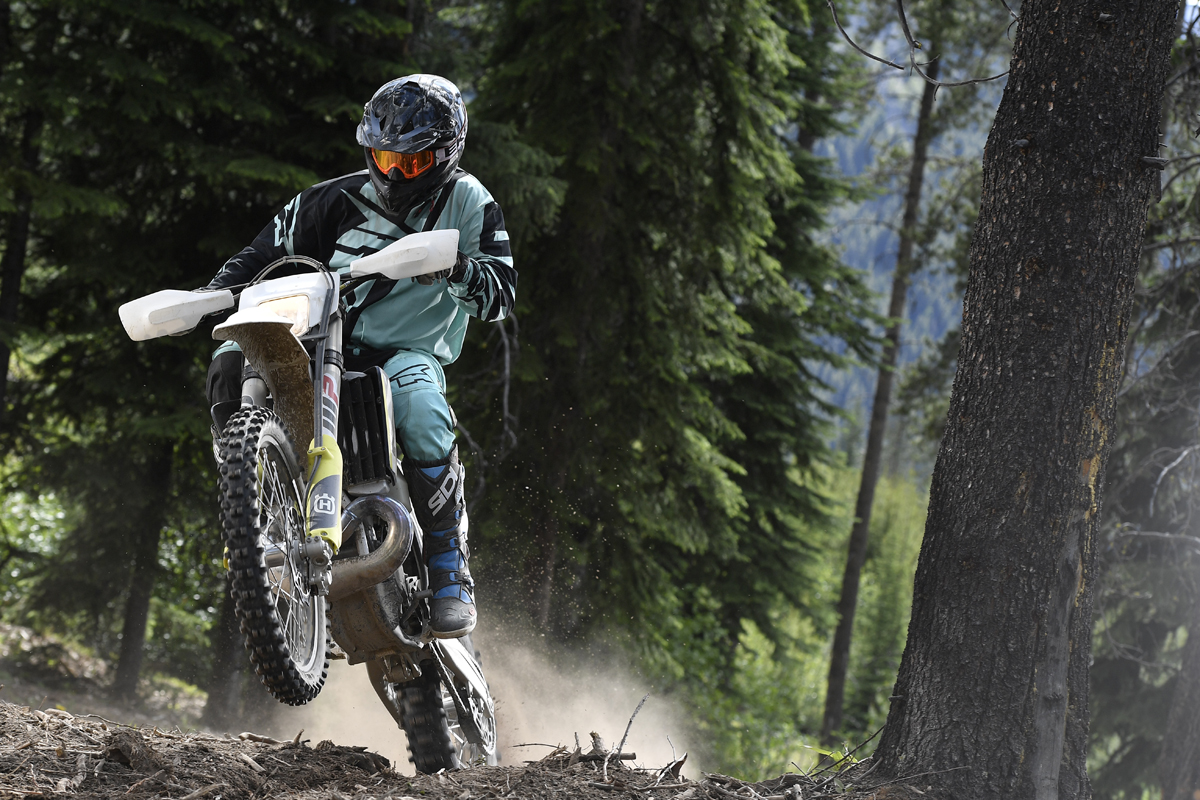 In outright performance, it’s impossible to say how this bike would compare to the current carbureted TE250. As we said, even the lowest point of our ride was high enough to affect performance, and we didn’t have a standard bike for direct comparison. Still, it’s safe to say that the power delivery is much more linear. The standard 250 has a distinct hit, even at altitude. The EFI is bike so smooth that it feels somewhat sleepy. 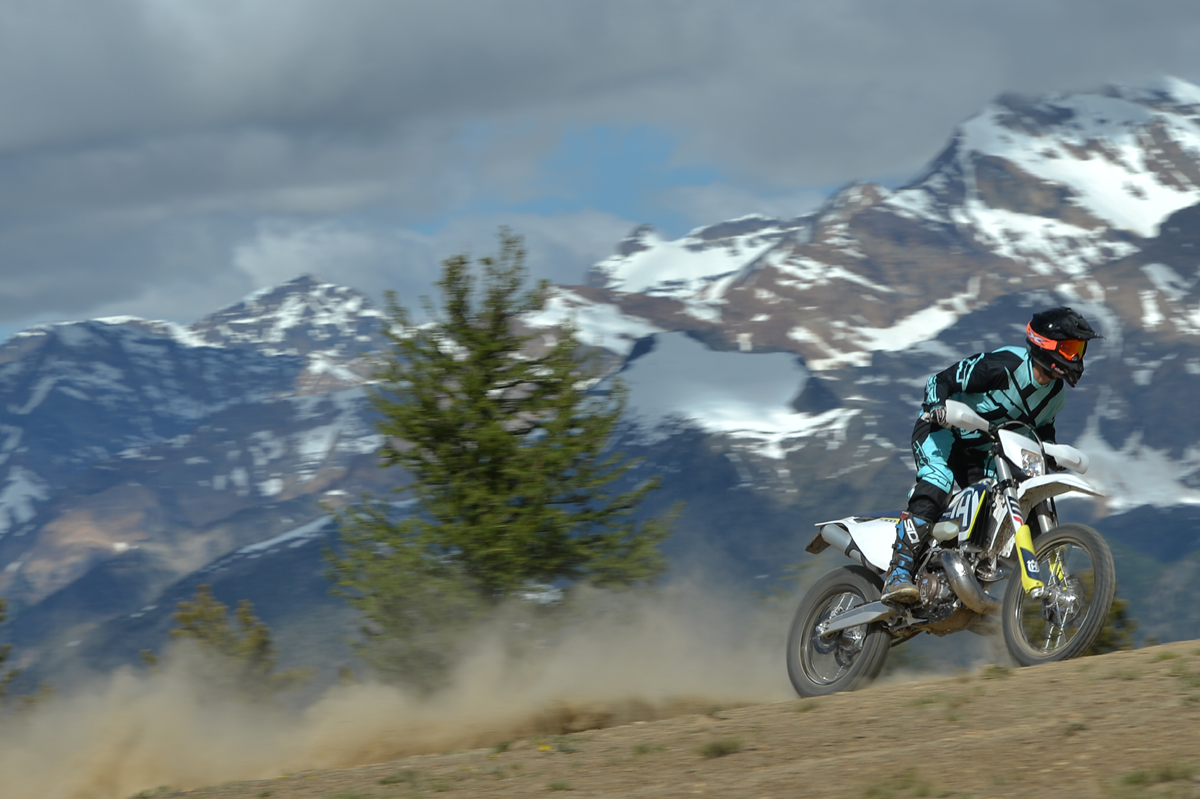 There are a few other things to know about the 250i. Two maps are available through a handlebar-mounted switch, but beyond that, the map is fixed. There are no EFI tuning tools that Husqvarna will make available to the consumer, not yet, anyway. Starting is always easy with the button or with the kickstart lever, and there was never a need for the “choke” which is just a fast idle. If the battery is low, the kickstarter might be a good idea, but if the battery is completely dead, all the kicking in the world won’t work. The battery is an integral part of the system. Fuel economy is supposed to be about 40% better than a standard two-stroke, and it barely seems to use oil at all. The fuel tank is similar in volume to the standard tank, but it houses a fuel-pump which uses up a little space. The bike should be a couple of pounds heavier. 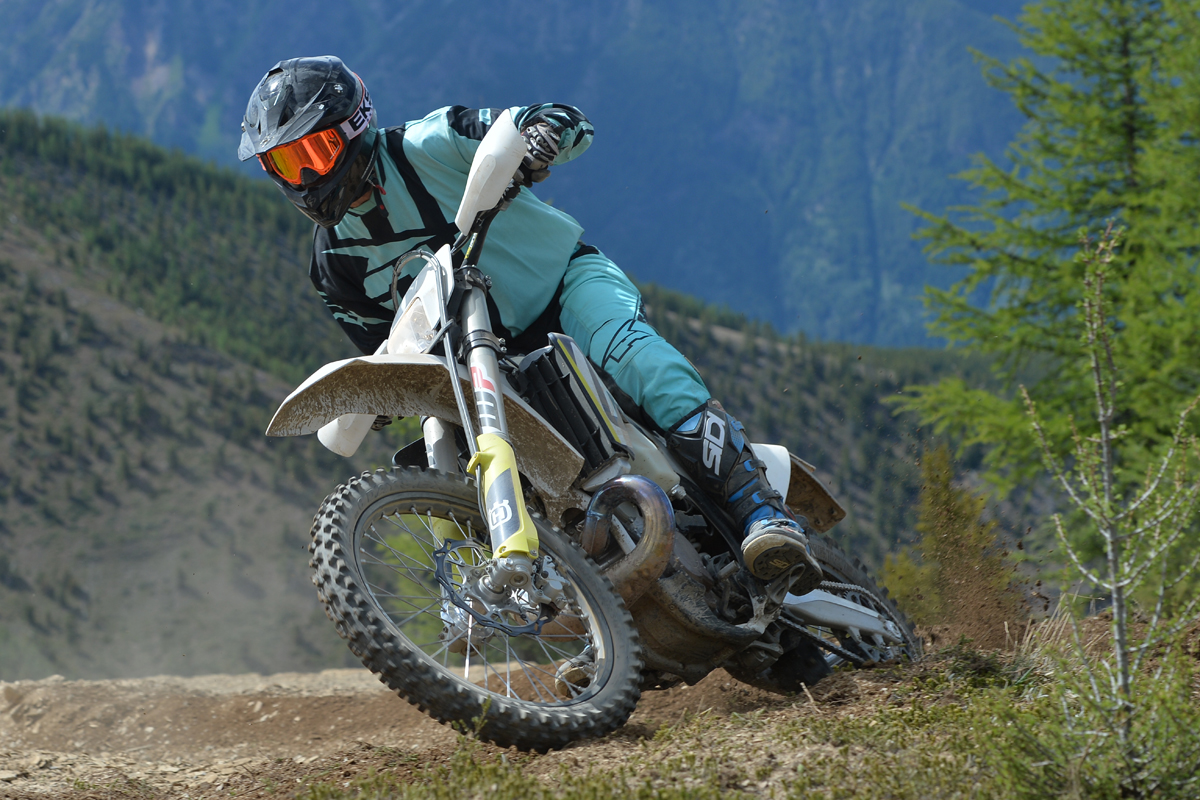 If U.S. riders are still a little reluctant to embrace the new order, that’s understandable. Remember, it’s not about us. This bike was developed for the European market, where it will be street-legal. As a result, Europe is getting most of them. There will be very few of the EFI 250s imported to the U.S. and not a single TE300i. We will be getting the standard 250 and 300, complete with a rejetted Mikuni carburetors and all the chassis updates. Prices have not yet been set.