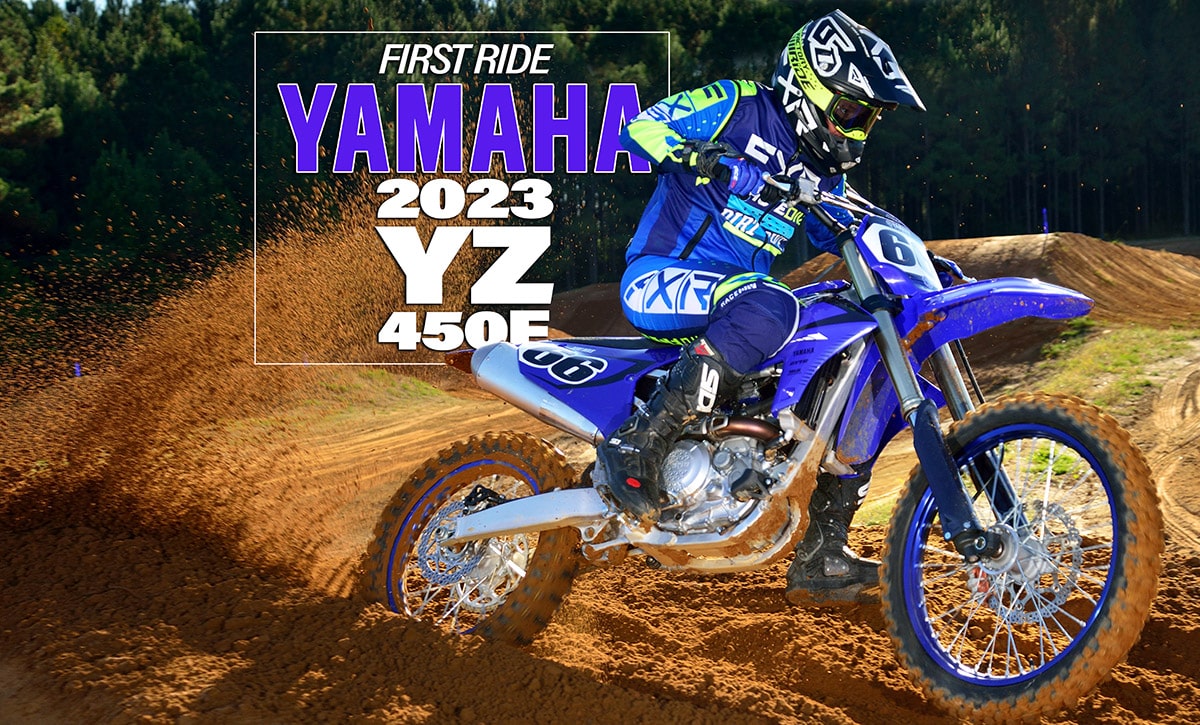 Finally! We got to ride the 2023 Yamaha YZ450F. A special event took place at the Goat Farm near Tallahassee, Florida, where Yamaha invited the press to ride the new bike. We got to spend two days at the ranch where Ricky Carmichael learned his craft. Today, the property is the home of the Monster Energy Star Yamaha Racing team, but there’s plenty of Ricky still there, including a modest house, random motorcycle parts and an atmosphere conducive for training champions.

The bike is a total re-do. Only the wheels, a few engine parts and the overall design concept remain. It still employs the reverse cylinder concept that Yamaha introduced in 2010. Even with the YZ450F’s recent success in professional motocross, the 2022 version wasn’t immune to criticism. On our scale, it was 239 pounds without fuel, making it the heaviest of the current 450 motocross bikes. It also had somewhat clumsy steering, but it made up for all that with excellent suspension and a deep, rich power delivery. 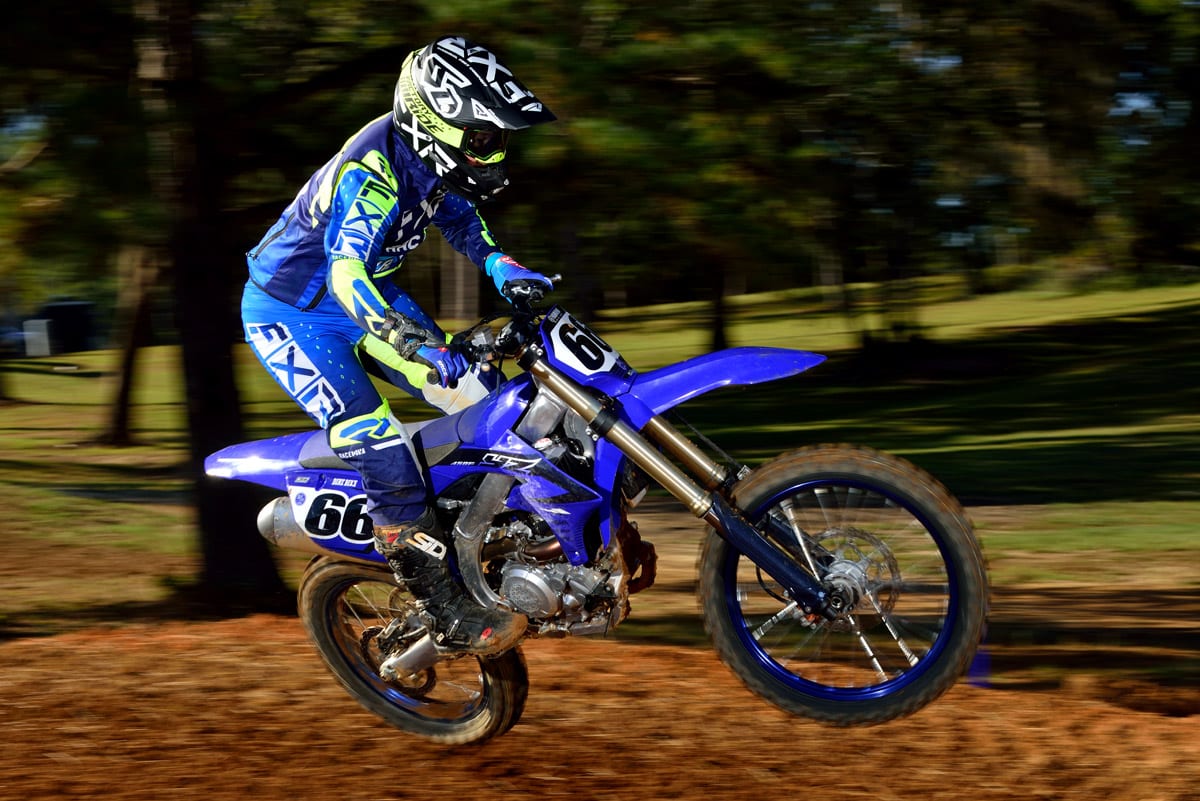 The primary focus for the new bike was weight loss and comfort. Weight was carved out of most engine parts. It was a matter of a few grams here and a few grams there, but it added up to a claimed total of almost 6 pounds. That should make it the lightest of the Japanese 450s. Once we get it back to California, we’ll know for sure, but up front, we can attest to the fact that it feels light. It’s also much more narrow and spread out. We often thought that the old Yamaha was designed specifically for Steven Tokarski and Steve Butler in Yamaha’s testing department, both of whom are on the short side. With this bike, it seems that tall Travis Preston has had an influence, too. The riding position is much more spread out. The footpegs are 5mm lower and  5mm rearward. The seat is 5mm taller. That pushed the seat height higher, too. In width, the fuel tank is narrower and inner ducts that feed the airbox were removed, allowing the total width at the shrouds to be 50mm slimmer overall. 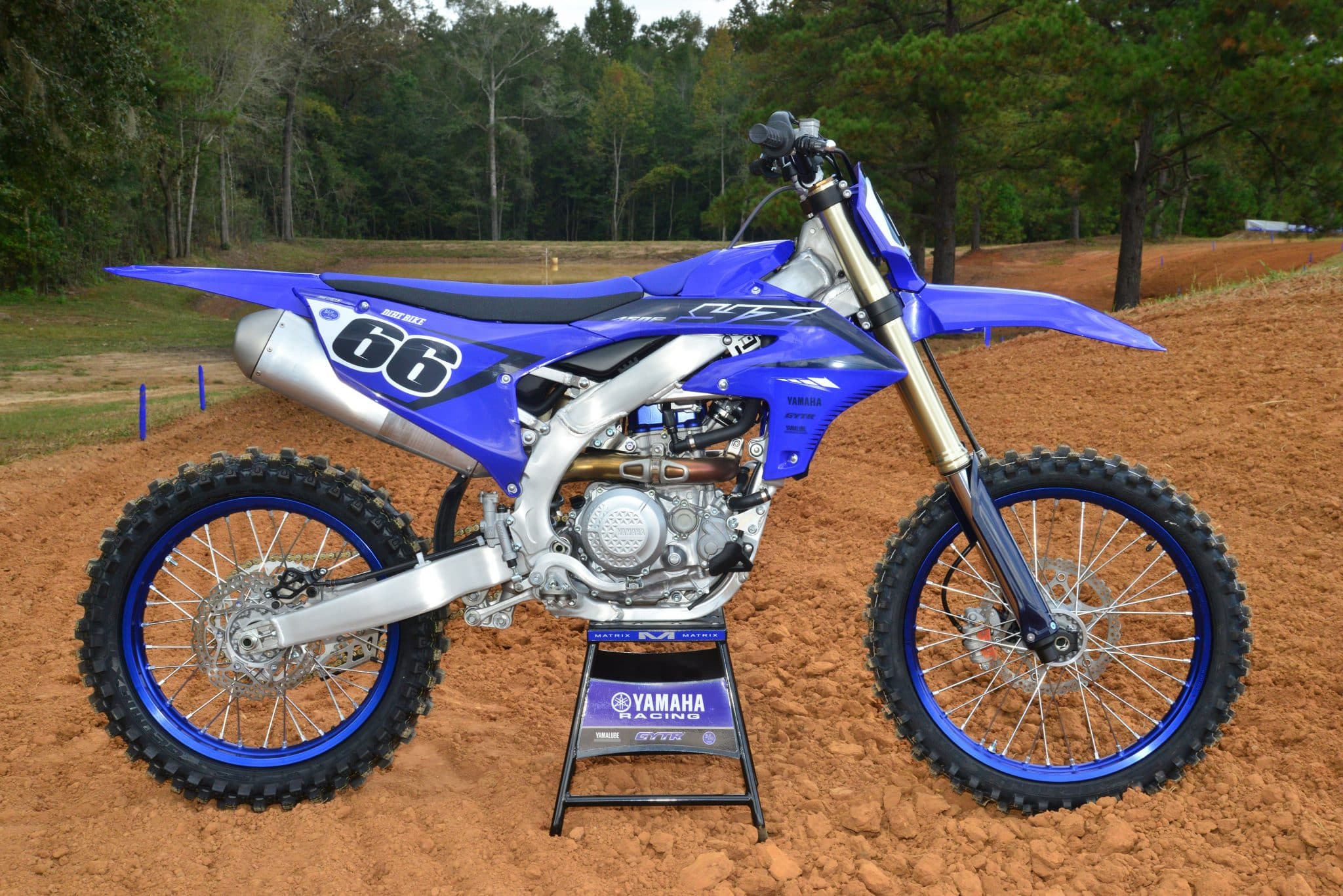 The frame itself is composed of 10 pieces welded together. The side beams are lowered by 15mm where they join the head tube. And there’s increased rigidity in the down tube, swingarm pivot and footpeg crossmember. 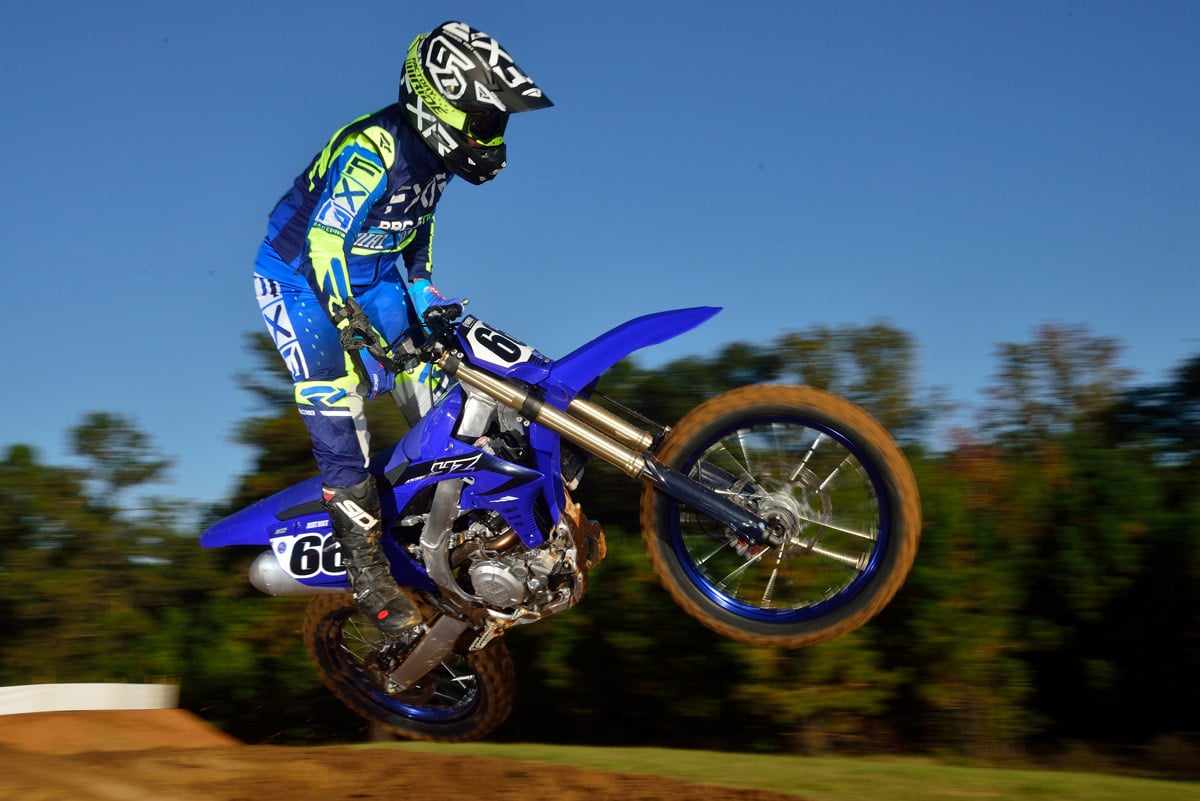 You can tell all that as soon as you get on the bike. First, you might have a hard time getting a leg over the seat–it’s noticeably higher. Once you’re underway, it’s nothing but good news. It actually feels light. That’s something that hasn’t been a Yamaha trait for a very long time. Overall handling, though, is still very familiar. Once you get past the more spread-out layout, you get that distinctive Yamaha feel. For lack of a better description, we have often said that you steer the Yamaha with the rear wheel. That means it turns best when the throttle is open, as opposed to a Honda that can be pointed with the front end. Some riders love that and say it breeds better riding technique. Others have a hard time getting used to it. The suspension is still outstanding. It has a universal appeal for novices and experts, which is a very good trick.

The power delivery is more aggressive than ever. In its standard map, It makes more, hits harder and revs higher than before. Yamaha says that peak revs have been increased by 500 rpm. If you get to the rev limiter, you’re on top of your game. The YZ comes on strong and pulls hard. To confess, we mostly rode it in map 2, which is milder. The Yamaha Power Tuner Smartphone app is still available to tune the power delivery further. It’s  been revised since its initial release, and now has a tab that allows a mush easier-to use interface. To be honest, that’s a big improvement for 90 percent of the riders who use it. It also has a traction control feature now.

As of right now, the Yamaha is on a truck being shipped to California. When we get it there, we will have a much better idea of how it stacks up against the other 450s in the Dirt Bike shop. The full test will appear in the January, 2023 print edition of Dirt Bike.