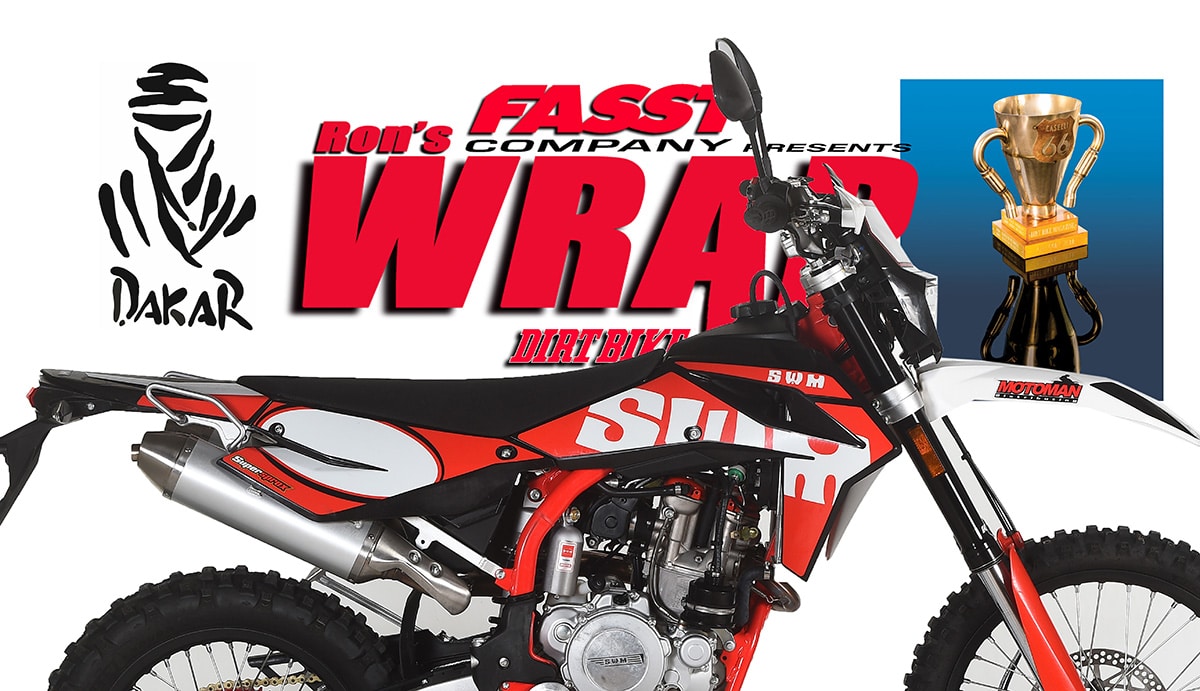 We’ve been looking forward to our first ride on the 2019 SWM dual-sport bike for a long time now. You might not know the SWM name, but you probably know something about this bike.  Back in 2011 it was known as the Husqvarna TE510. In 2013, Husky production was moved to Austria, leaving a fairly modern factory near Varese, Italy dormant. Former executives from Cagiva and Asian investors acquired the factory as well as all the tooling and the intellectual rights to the older Husqvarna designs, and the result was SWM. Now, after a lengthy homologation process, the dual-sport bike is back in the U.S., updated, renamed and relaunched. The good part is that by using existing tooling, the price is thousands lower than comparable dual-sport bikes. The SWM RS500 sells for $7795. Even a Honda CRF450L is $10,399. KTMs, Huskys and Betas are more.

Back in the old days, the bike came with a throttle stop that had to be removed by the buyer, and an electronic jumper was needed to access a workable EFI map. Those measures have been eliminated, but there’s still an oddly positioned charcoal canister hanging off the left side of the motor. It doesn’t affect performance in any way. The bike comes ready to ride. Another significant change from the old days is the suspension. The bike now has KYB components, front and rear. The Brembo brakes have been updated to the latest units and the tires are DOT Michelins with the Euro-spec shortened knob height. The components that come on the bike are all top notch.

The power is excellent. It’s exactly what a 500cc dual-sport should have. It’s a little softer off the bottom than a KTM 500EXC or a Honda CRF450L, but then it catches up. In the mid-range, it’s stronger than either of those.  It runs lean, as you might expect or a dual-sport bike, and it can occasionally stall. Again, that’s similar to what you get with the Honda. At this point, we don’t know if there is any EFI remapping software available or if companies like Dobeck make EFI tuners yet. It’s a Mikuni EFI system, so it an existing product might already exist. 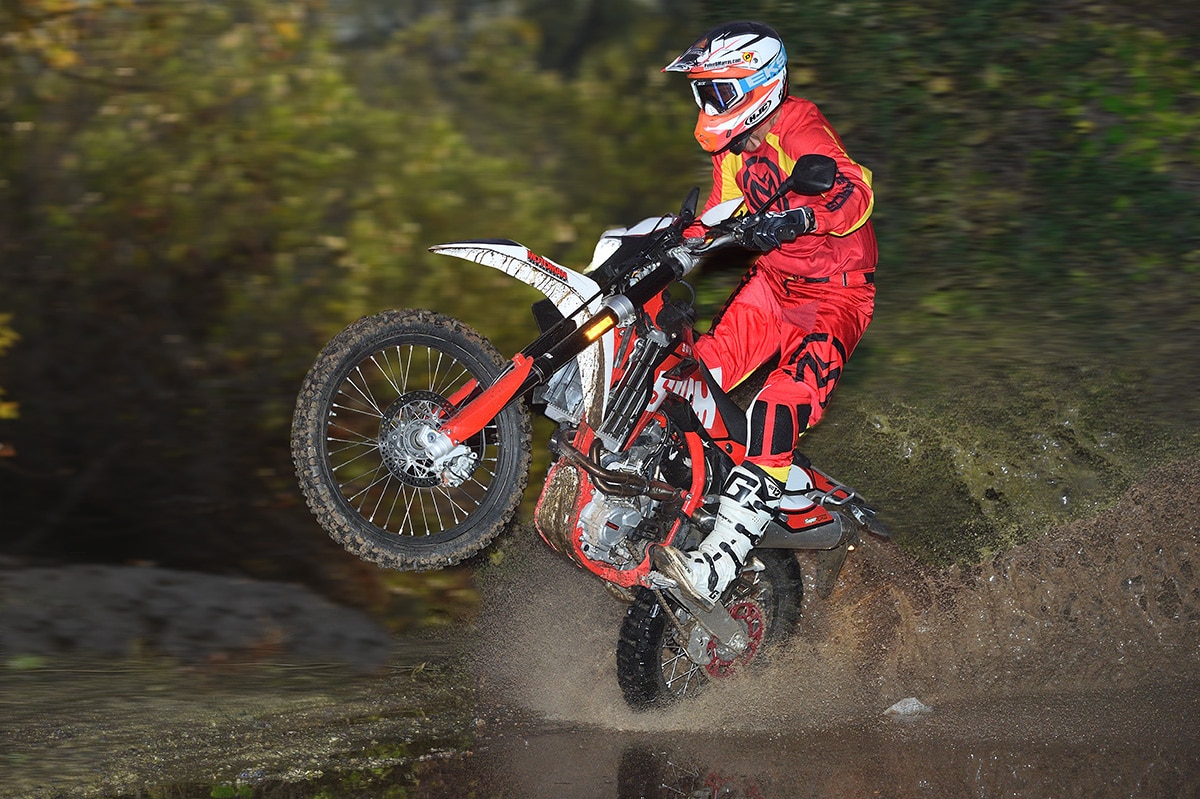 The bike’s biggest drawback is its weight. It weighs 285 pounds on our scale without fuel. By modern dual-sport standards, that’s a lot, and you feel it. The Honda, which has also been criticized for its weight, is 7 pounds lighter. It should be much easier to strip weight off the SWM, though. It has a dual muffler system, and we already know that Arrow has a single-sided pipe. There’s a massive charcoal canister on the right side of the motor and a few other places where a few pounds can be saved. Modifying the emissions equipment is, of course, against EPA, DOT and CARB rules. 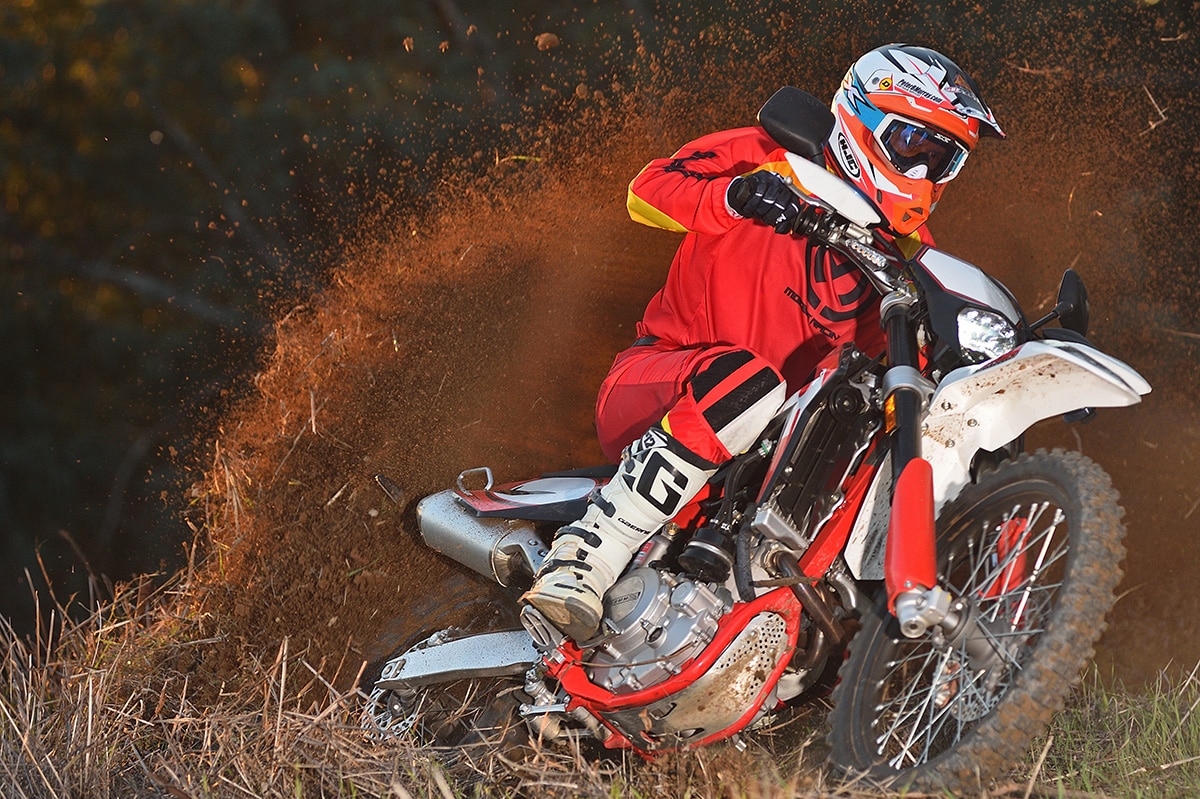 On the plus side, the bike is very stable and the suspension is excellent. The fork is, in fact, much better than the one that comes on either the KTM 500EXC or the current Husqvarna FE510. It has a hydraulic clutch, handguards and cool little grab handles in the rear.  We’re still amazed by the price. This is a legitimate street-legal dirt bike with some of the best components made. SWM might not be a mainstream brand name, but parts shouldn’t be an issue. There’s a new U.S. Importer in California, and there’s also a preexisting inventory of Husqvarna parts.  For the full test of the 2019 SWM RS500, check out the March, 2019 print edition of Dirt Bike. 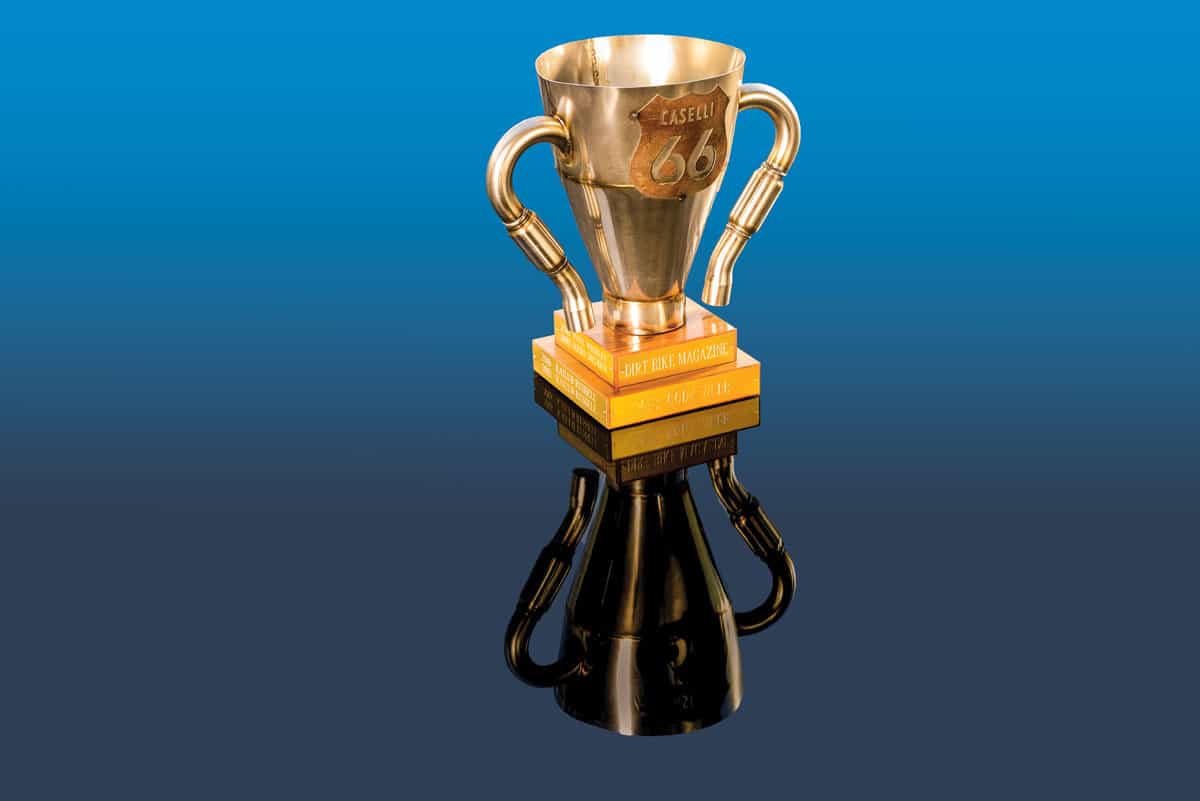 It’s time to review 2018 and decide who will be the recipient of the Caselli Cup. This is Dirt Bike Magazine’s award for America’s Top Off-Road Rider. Here are the candidates and what they did in 2018:

This year, the Dakar Rally will be held entirely in Peru. Old timers might remember the Incas Rally of the late 1980s, which was promoted by Acerbis and ridden by American’s such as Malcolm Smith and Scot Harden. This will have many of the same sections. Ricky Brabec will be representing America on the Monster Energy HRC team, and Adrew Short will be doing it on the Rockstar Husqvarna team. Skyler Howes will be a first-timer after having won the Sonora rally. He’ll be part of the Garrett Off Road racing team with Garrett Poucher as his team mate and he’ll be riding a KTM 450 prepared by Ondrej Klymciw. Here’s the schedule.

That’s all for this year