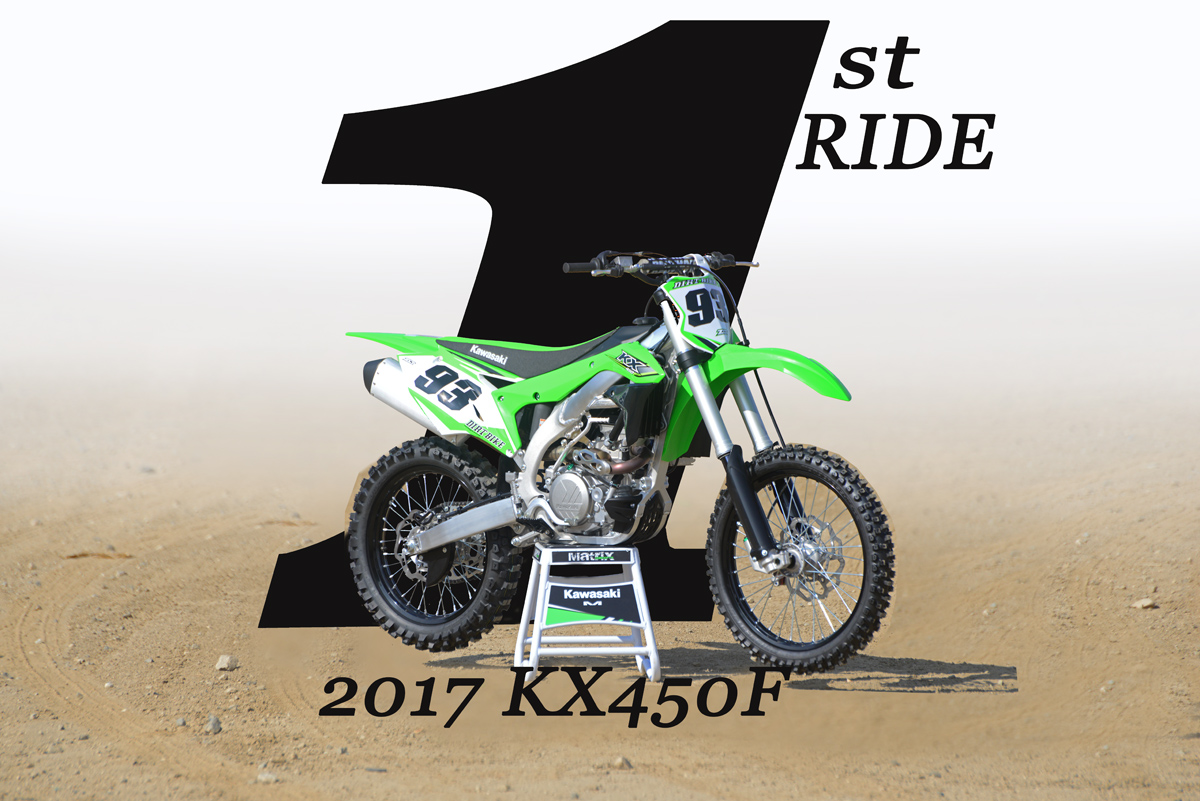 We just spent our first day riding the 2017 Kawasaki KX450F, and we’re pleased with the direction that Kawasaki is going. For 2016, remember, Kawasaki redesigned its 450 from the ground up. That worried us at the time because the KX had been our favorite big-bore motocross bike for a number of years. But there was no doubt that it needed some attention. It had become the heaviest bike in the class and there were several machines that were more powerful. Still, we loved the overall package, which had no real weak points. 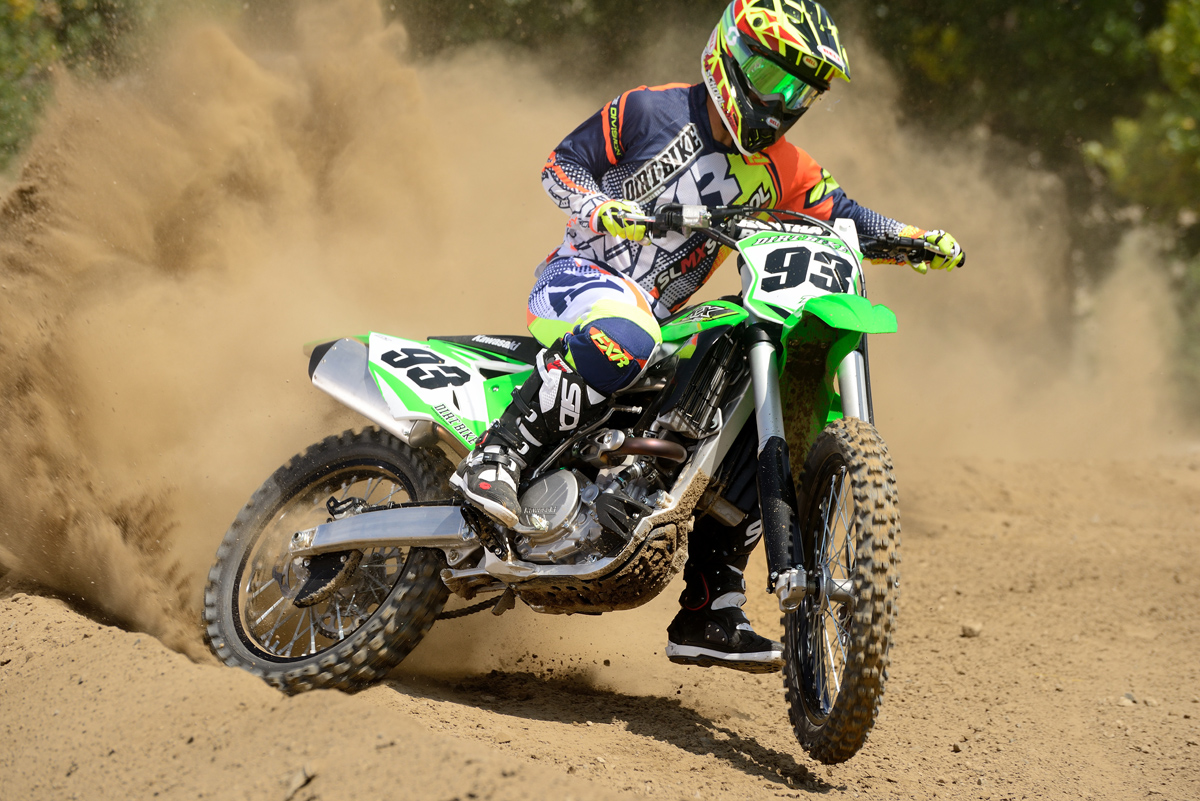 So the 2016 version came out with a 7-pound weight reduction and a chassis that was significantly narrower through the mid section. On the other hand, the new bike lost some of its snap, the fuel mapping was spotty, and the suspension wasn’t a hit with everyone. It still won the shootout, but the margin of victory was virtually nothing. 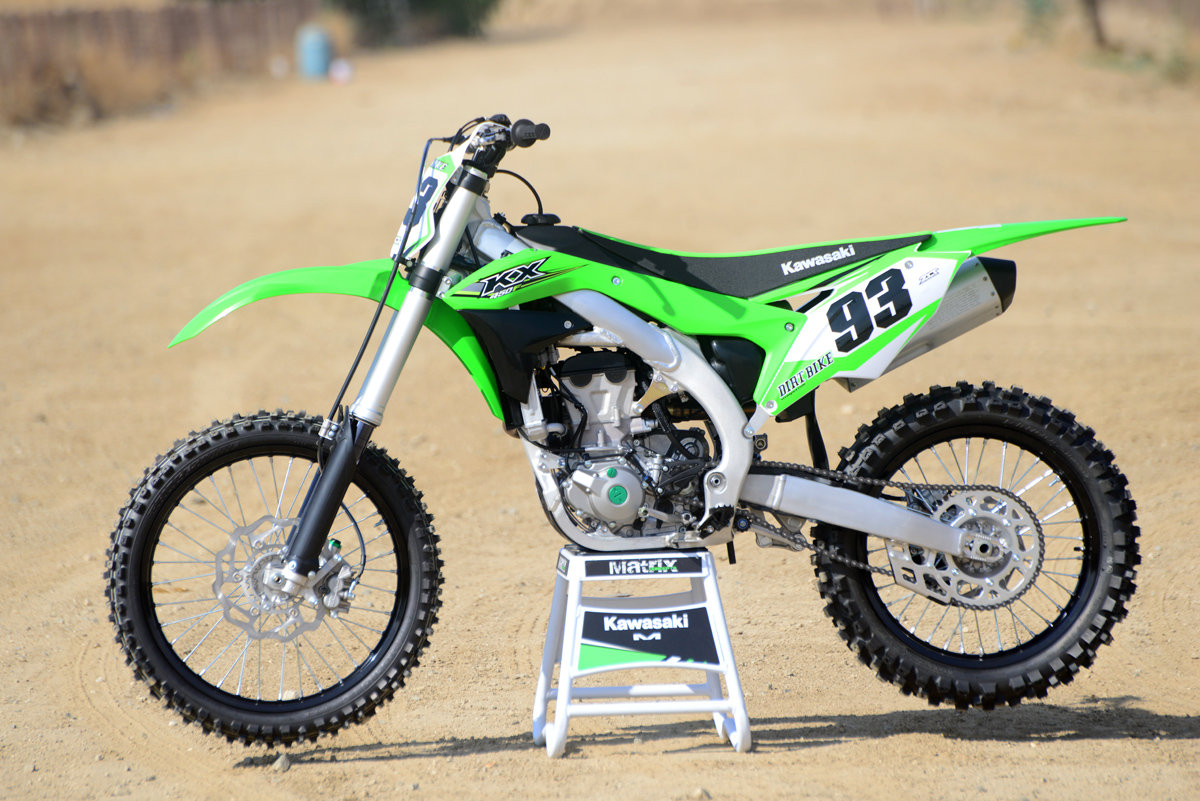 Now the 2017 Kawasaki is here with a very short list of changes. Kawasaki strategically targeted the new bike’s weak points. Both the fork and the shock got internal changes. The fork is the Showa Triple Air, which we’ve come to love a little and hate a little. It can work brilliantly, but when it doesn’t, it seems you can chase the settings all over the track and end up right where you started. There are three air chambers in the right fork leg, while the left has all the damping functions. The main air chamber has an opposing “balance chamber,” and there’s a third low-pressure chamber for fine-tuning. The rear suspension has a Showa shock with a new spring (same rate, different material), new linkage and different valving. The swingarm has minor changes as well. 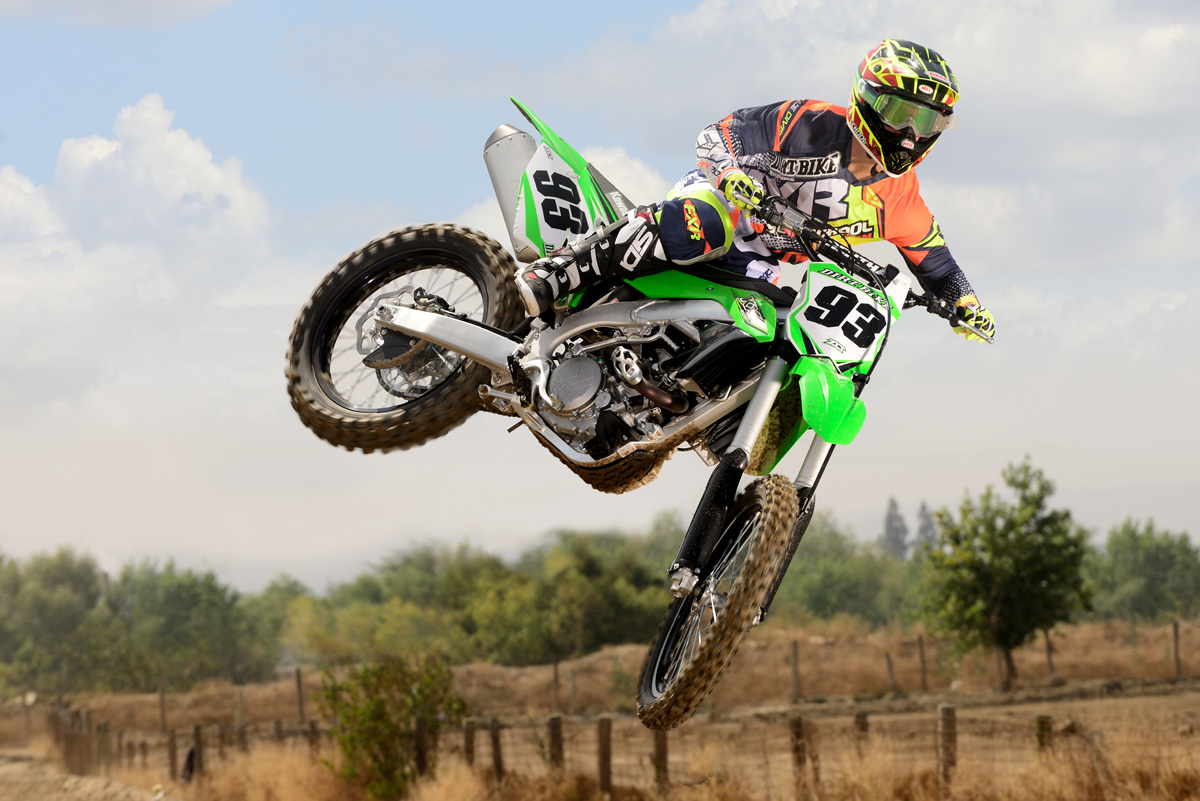 The motor has no changes as far as hard parts go. But the ECU has a different map. Last year’s bike had an annoying tendency to pop on decel. It didn’t cause any real trouble on the track, but could and did drive some riders crazy. Kawasaki still gives you three different couplers with the bike that allow you to plug and play different power characteristics. The green coupler is standard, the white is leaner and made for a more aggressive power delivery, and the black one is richer and smoother. It’s a good system that makes for useful changes, and can be particularly helpful if you go from a sand track one week (white coupler) to a hard-pack track the next (black coupler). Kawasaki also retains its launch control mode. We’ve test this until we got bored with it. It works, but most riders simply don’t trust it. The idea of taking a few horsepower off the top for a better start is a tough concept to jump in bed with.

Another thing worth mentioning about the KX is its adjustable ergos. Tall guys can move the pegs down and the bars forward. Short guys can leave the pegs in the standard position and put the handlebar just about anywhere–there are four possibilities.

It all still works well. After one day on the track, we found there’s nothing to really dislike about he 2017 Kawasaki KX450F. It’s still narrow and light feeling. It still has suspension that 95 percent of the world’s population will love without a single adjustment. And it still has about a zillion ways you can alter the fork for the other 5 percent. We had Sean Lipanovich testing on day one. He’s a 155-pound pro, which is well outside the mainstream rider profile. We were able to make him happy without even getting the air pump out of the box. Sean was able to make the front end do what he wanted with a little more rebound damping and less compression.

The new engine mapping doesn’t entirely eliminate the popping, but it’s barely noticeable now. If you chop the throttle at high speed, you might get some motor music, but it’s not annoying to the same level it was. As far as real performance, the KX is about the same. It has a somewhat mild power delivery. Way down low, it’s strong and smooth. Above 6000 rpm, it continues to get the job done, but it’s not in the same league as the Yamaha YZ450F, the KTM 450SX-F or the Husqvarna FC450. All three of those have pushed the top boundary of 450-class power higher over the last few years.

We’ll be testing the Kawasaki 450 in upcoming weeks in search no tricks and tips to make it work better. Check in at dirtbikemagazine.com or check out the Septembver, 2016 issue for more info.