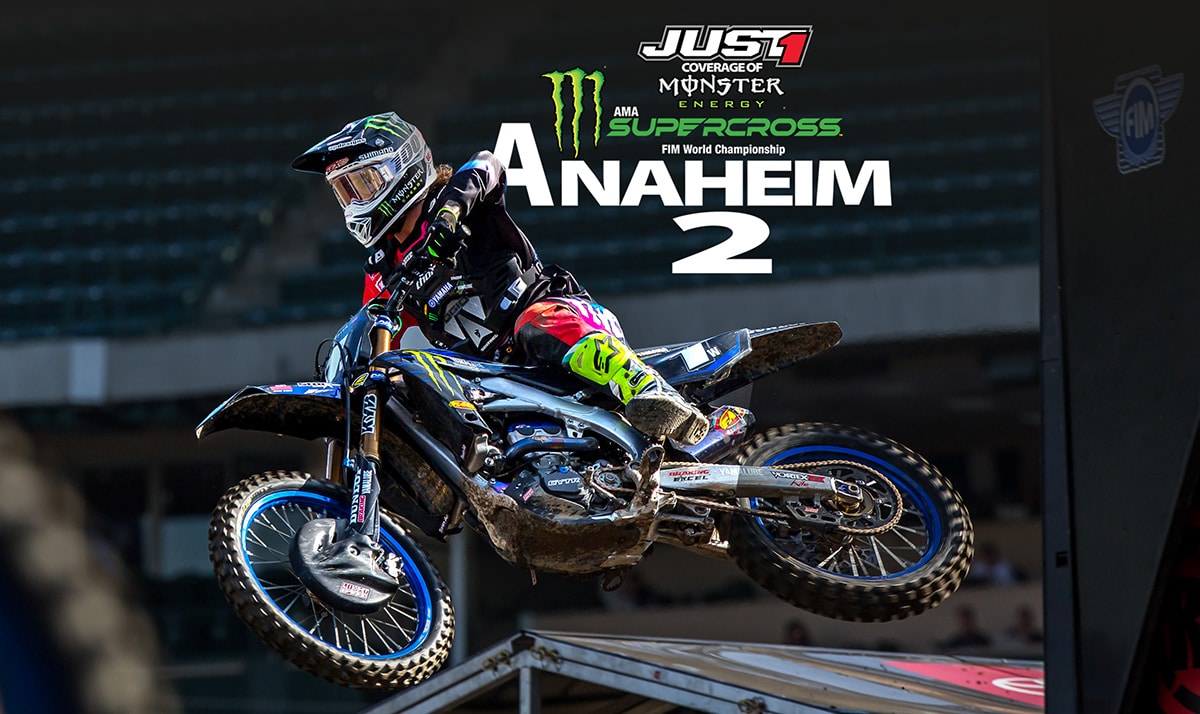 One of the wildest 250  main events in recent history took place as AMA Supercross returned to Angel Stadium in Anaheim this weekend for round three of the 2020 Monster Energy Supercross series. The 250 class still is anyone’s series, with Justin Cooper and Austin Forkner splitting the first two races. Defending 250W Champion Dylan Ferrandis fell in St. Louis after scoring well in Anaheim 1, but he clearly shook that off and earned the fastest time in the first qualifying session at A2. Jett Lawrence had already proven that he’s for real in St. Louis by closing in on Forkner until he landed on a Tuff Block and bent his brake lever. He backed up that performance with the second fastest time in session one at Anaheim this week. In session two, Forkner set a hot lap that was two-tenths quicker than Lawrence’s best, but both were again topped by Ferrandis.  That set up an incredible night race. For extended coverage of the 2020 Anaheim 2 Supercross, click here.

Christian Craig and Jett Lawrence made it one-two for the Geico Honda team at the start of the main. Forkner wasn’t too far off, but Justin Copper and Dylan Ferrandis were barely in the top 10. On the second lap, Jett Lawrence took the lead away from his teammate. Within a lap, he began to pull away. On the third lap, Forkner let Ferrandis under him, and they made contact. Ferrandis took over the third-place spot. Then it was Cooper who was pressuring Forkner  with Brandon Hartranft close behind. Michael Mosiman was the next rider back with Alex Martin, both still sweaty from the LCQ. About halfway through the race, Ferrandis took Christian Craig down hard. They both hit the ground, but Ferrandis got up quickly. Craig’s bike was bent and he went in. That gave Forkner third place, but Jett Lawrence was the real beneficiary. His lead was instantly up to 9 seconds. Two laps later, Forkner went down in the whoops hard. He got up slowly, and spent a long time kickstarting his Kawasaki. He was 18th-place when he finally got back on the track.  Jett Lawrence then had a n 11-second lead, but then he started giving it away with some wild riding in the last laps. He fell, remounted and was still in the lead, but Ferrandis could smell blood. With two laps to go, they were one-second apart. An absolutely wild final lap saw the two of them go a little crazy. Ferrandis bumped past Lawrence, who then made a lost ditch effort to recapture the lead and went over the bars. He didn’t get up until Ferrandis had already crossed the finish line. Justin Cooper crossed the line second ahead of Hartranft. Afterward, the word came out that Ferrandis’s rough pass on Christian Craig was under review. The decision came down to let the results stand, although there might be some adjustment in the points awarded to Ferrandis.

Heat one saw Austin Forkner get the start with Mitchell Oldenburg second. Justin Cooper was absolutely buried, but he made some good passes on the first lap to come out in sixth. Forkner immediately stretched it out and Alex Martin went down in the whoops on the second lap. Cooper was up to third by the halfway mark, but by that time, Forkner was gone and it would take several laps to catch Oldenburg. Cheyenne Harmon and Brandon Hartranft were battling for the next spot with Aaron Tanti, Derek Drake, Ludo Macler and Lorenzo Camporese in the remaining transfer positions. It ended with Forkner winning easily, Oldenburg second ahead of Cooper. Camporese got the final transfer spot.

Christian Craig got the holeshot with Michael Mosiman second. Dylan Ferrandis navigated around some first turn chaos to come up with 10th behind Jett Lawrence. On the second lap, Mosiman bobbled and Jacob Hayes moved up to second. It wasn’t long before Lawrence and Ferrandis passed their way to to second and third, but they had already given Craig an 8-second lead. In the remaining laps, that lead would shrink somewhat, but it was still a wire-to-wire win for Craig. Lawrence  and Ferrandis followed with a big gap back to Hayes.  Logan Karnow transferred, but Michael Mosiman would have to go to the LCQ. 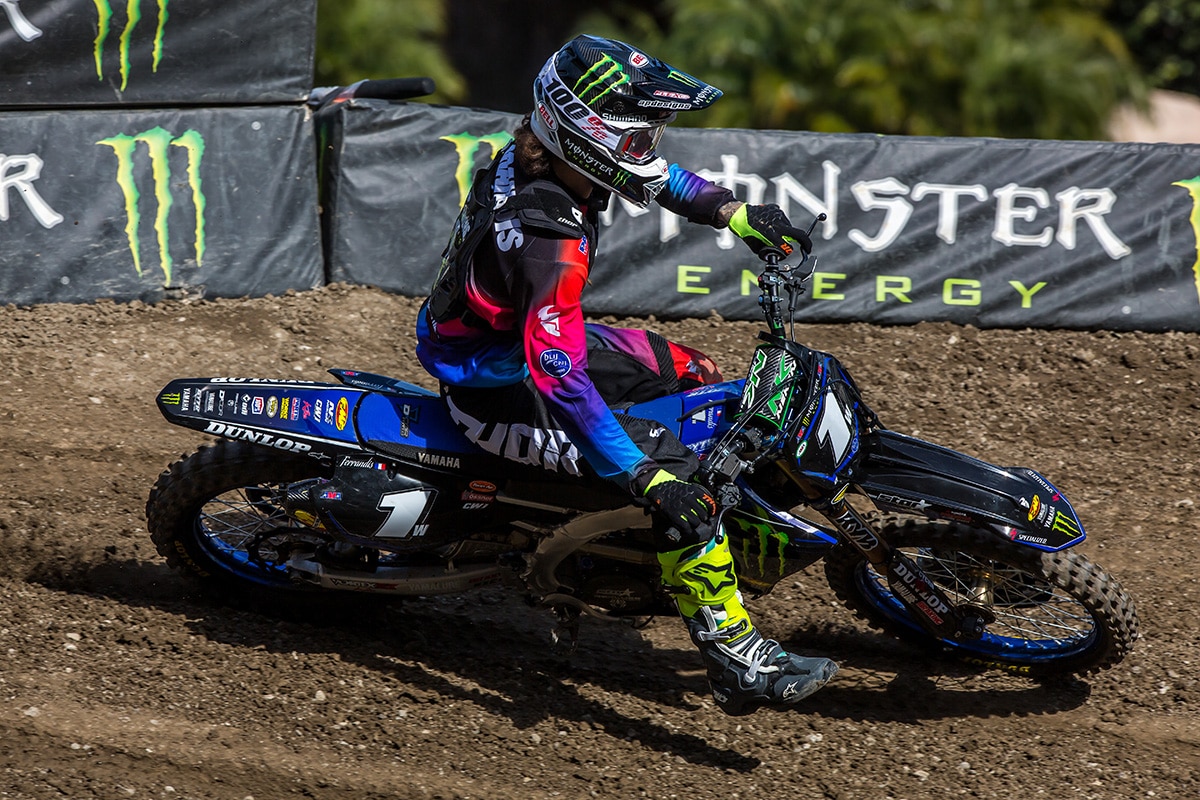 The 250 Last Chance Qualifier was loaded between Michael Mosiman and Alex Martin. Mosiman got the start, was passed by Martin, but then he came back, taking the lead on the second lap. Mosiman pulled a small gap with Luke Clout third, while Robby Wageman and Mathias Jorgensen battling for the fourth and final transfer spot. Mosiman won with Martin, Clout and Wageman also going to the main.