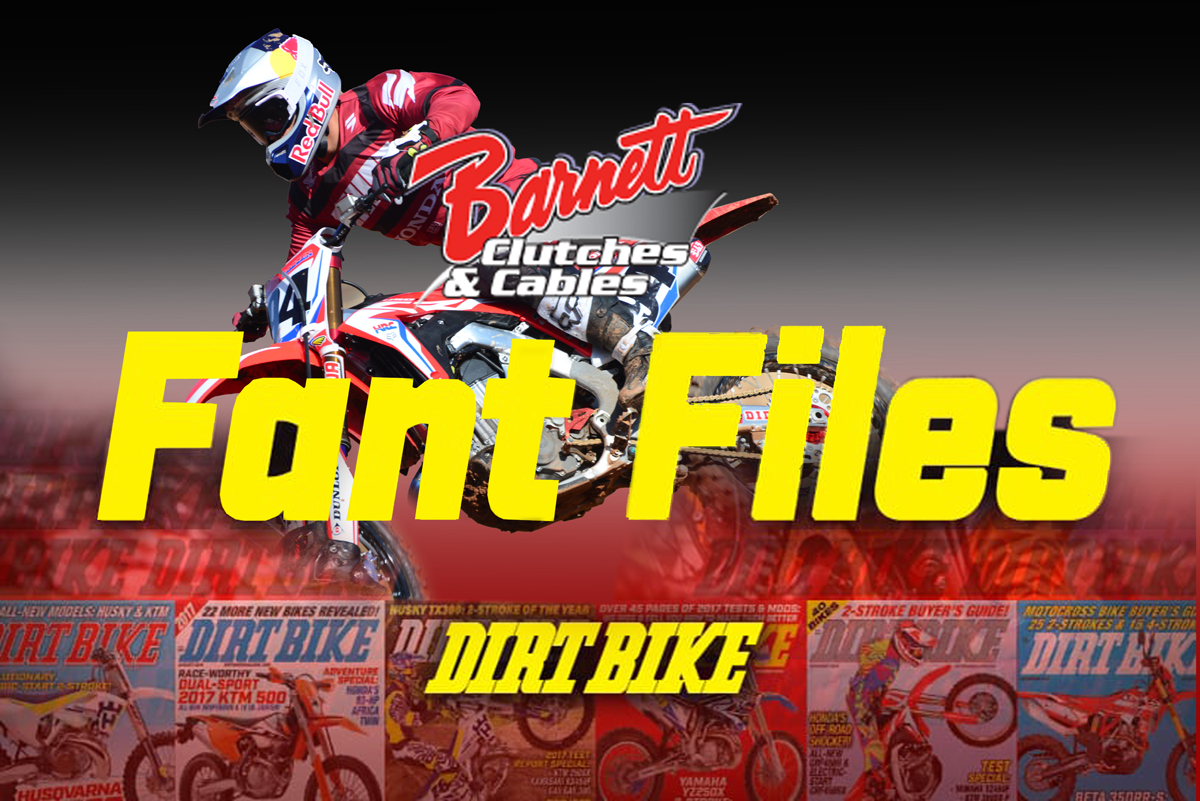 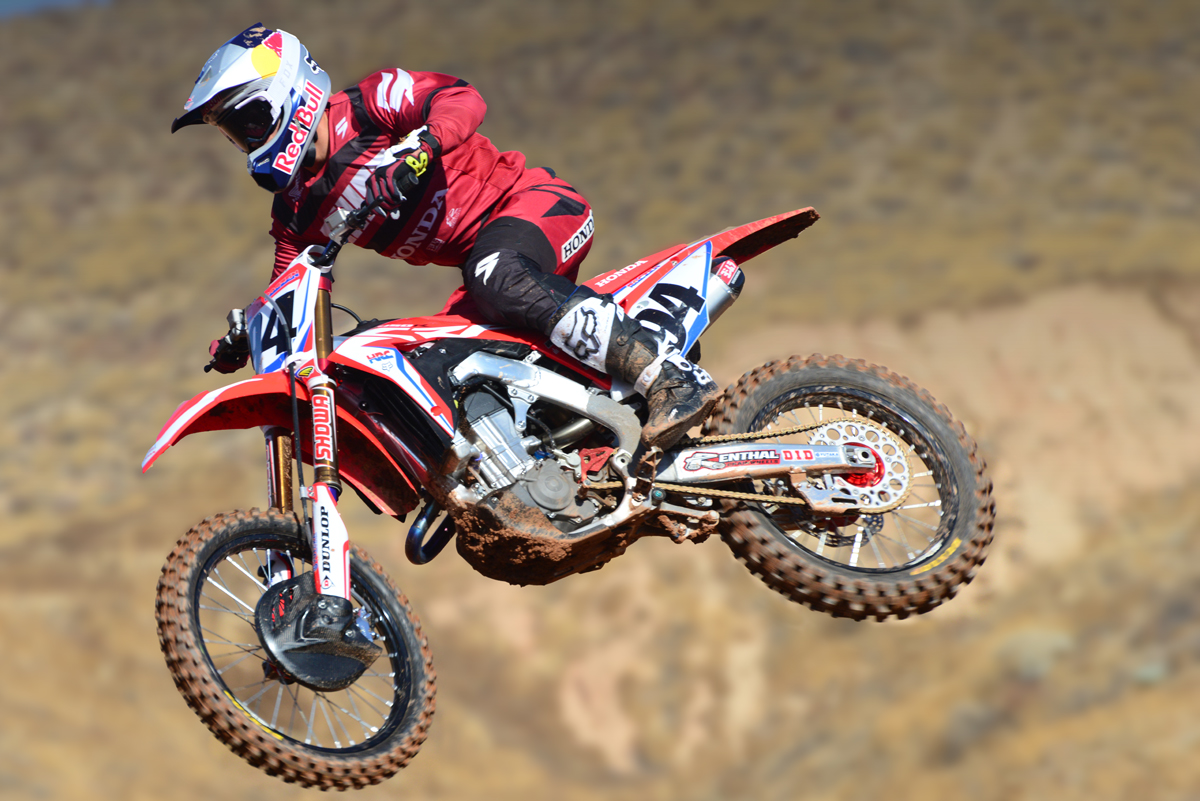 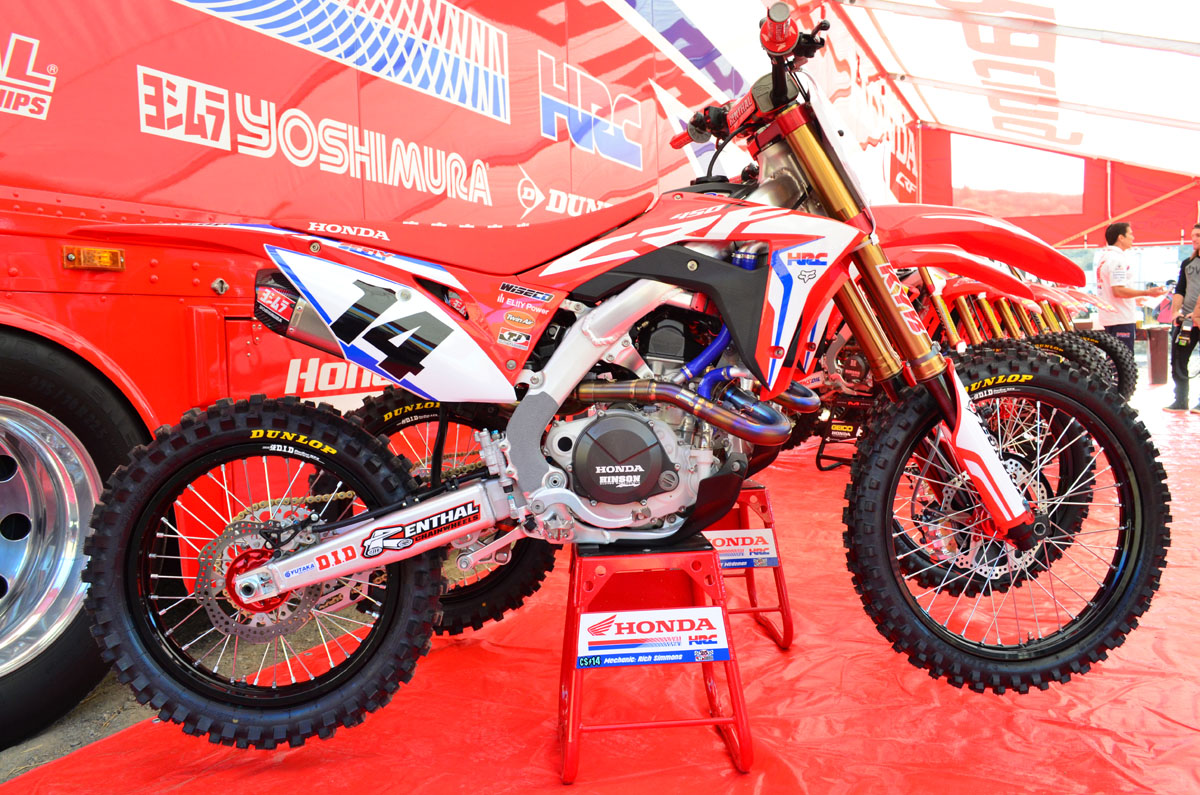 Honda allowed the press to see the 2018 works bikes up close at the team introduction last week. There aren’t many new items, but it is interesting that Cole Seely and Ken Roczen will use different suspension components. The factory allowed them to choose between KYB and Showa; Cole chose KYB, Kenny chose Showa. 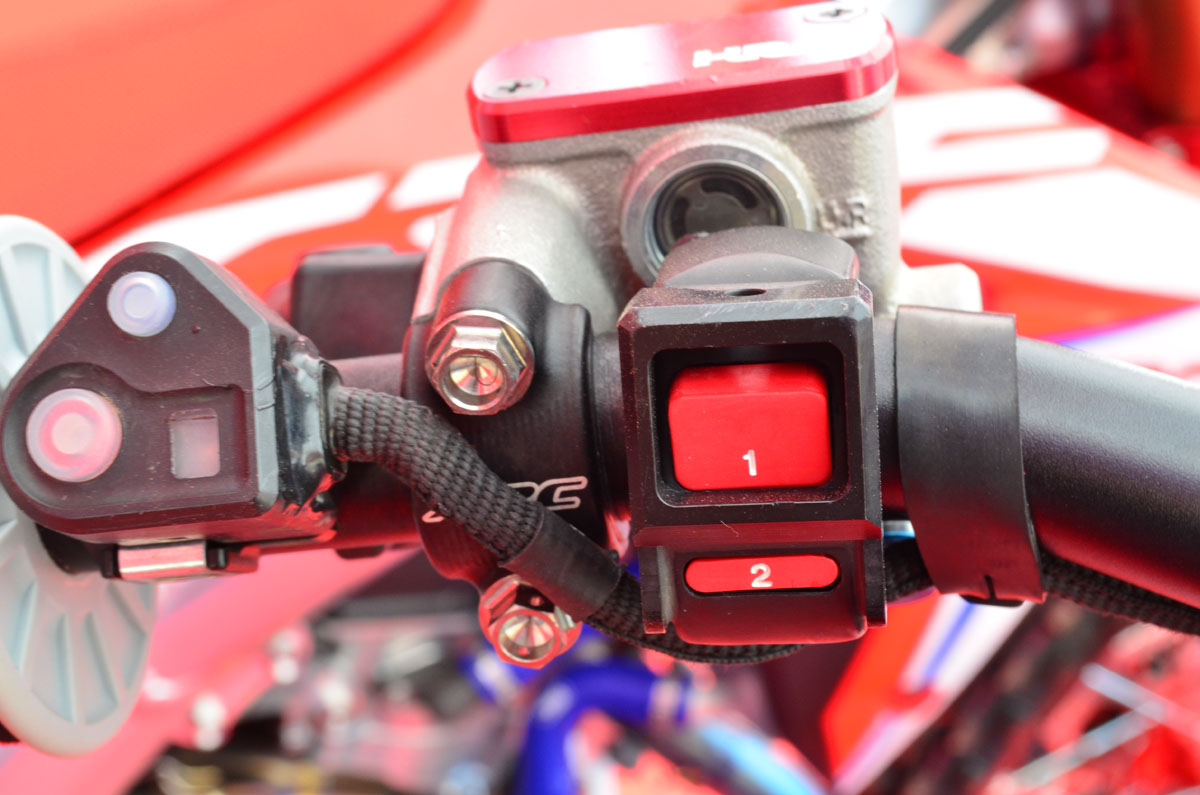 The factory bikes have completely different electrical systems from the stockers. The map switch allows much quicker on-the-fly changes. 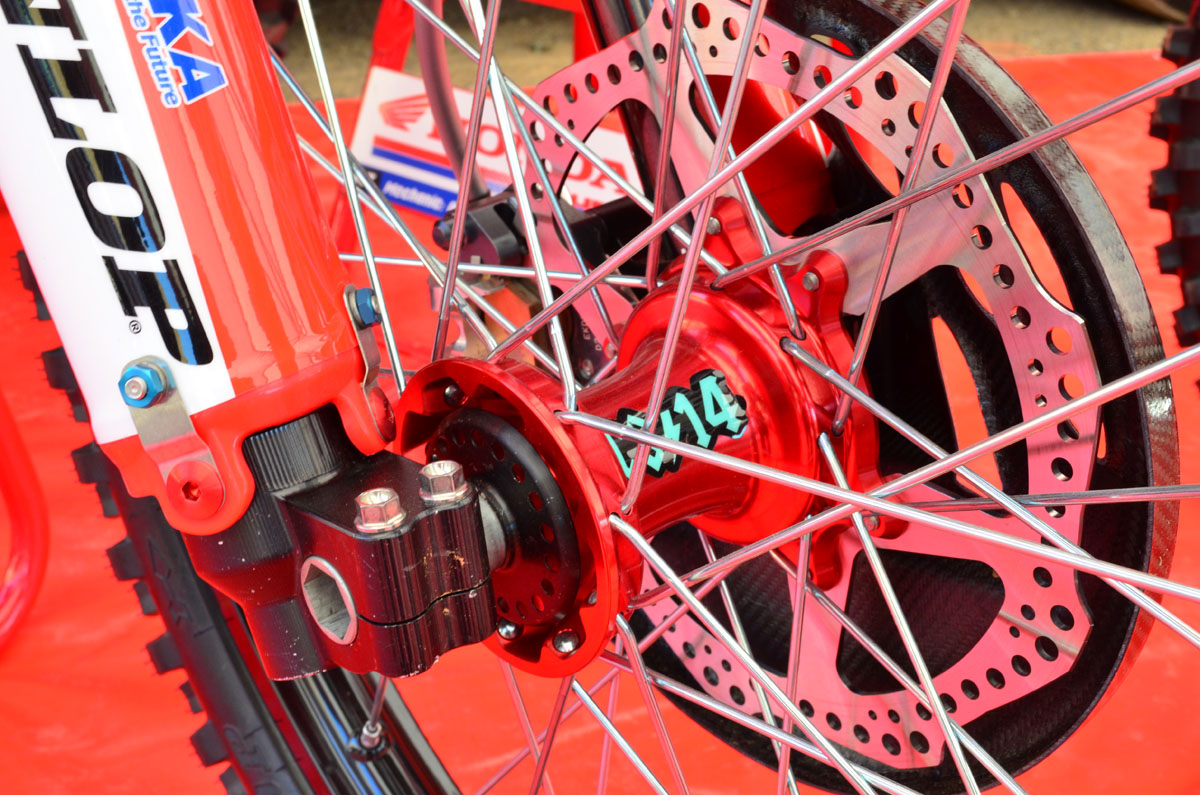 Billet hubs are used with factory A kit forks. 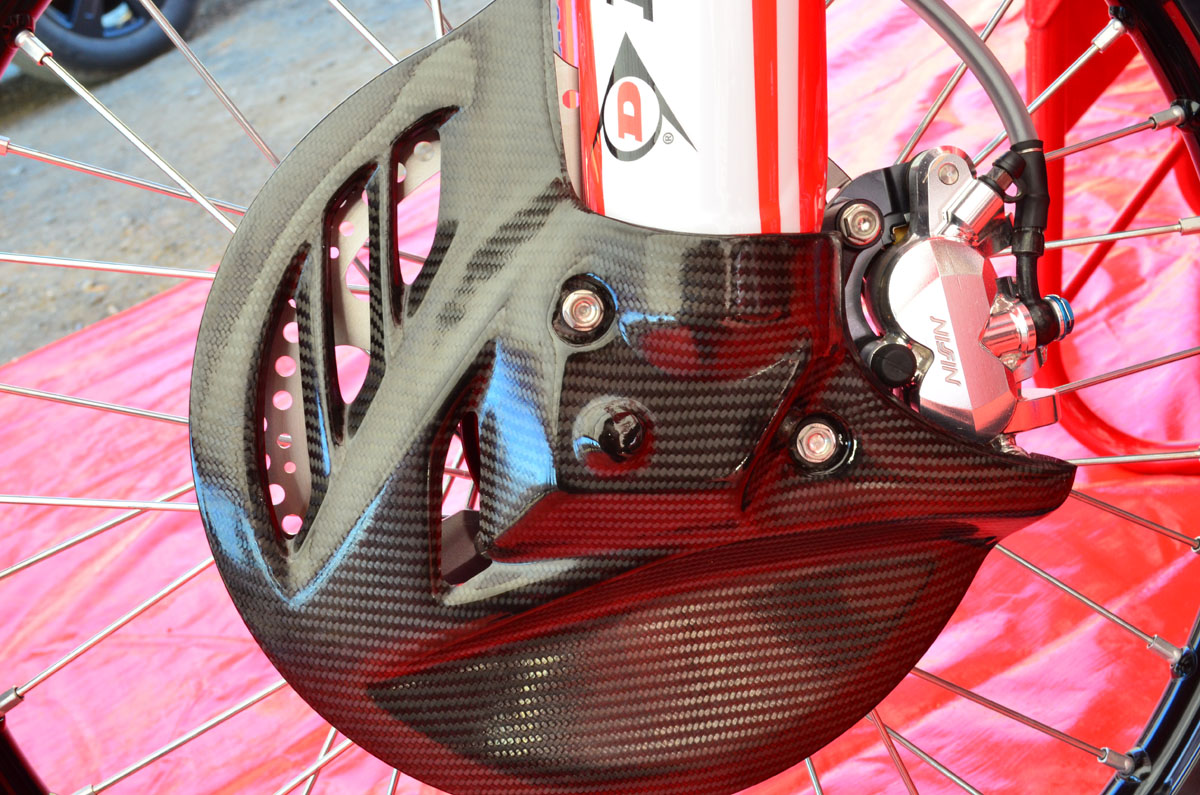 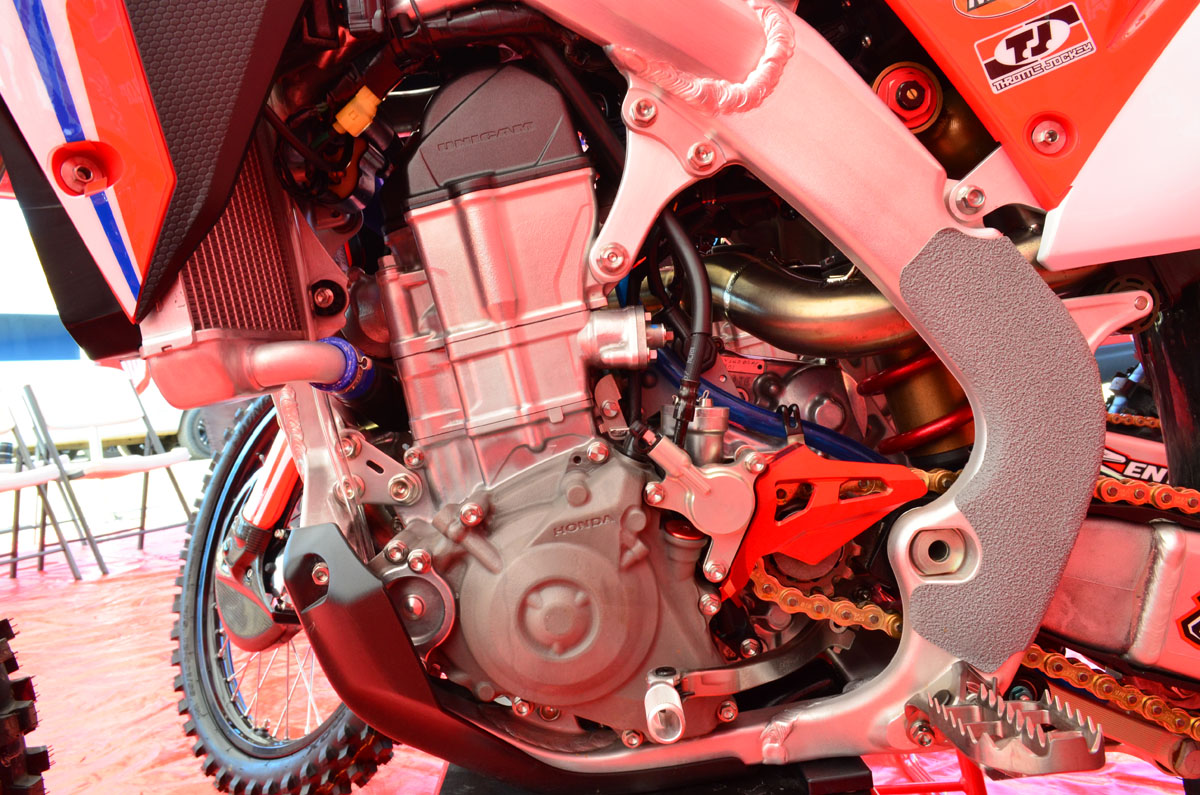 AMA requires the riders to use production center cases, but the outer cases are sand-cast works items. 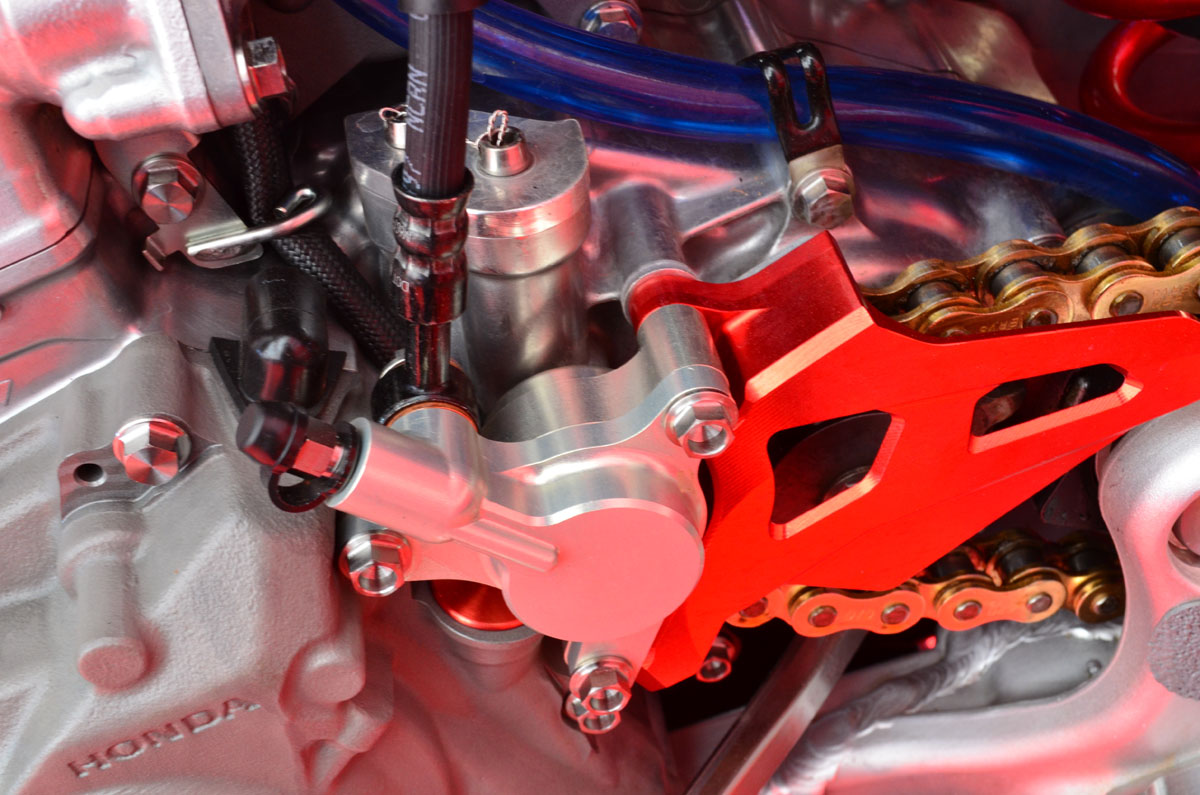 We’ve seen this hydraulic clutch set up fro several years on factory Honda race bikes. We’re still hopeful that it might show up some day on production bikes, but so far, target pricing doesn’t allow it. 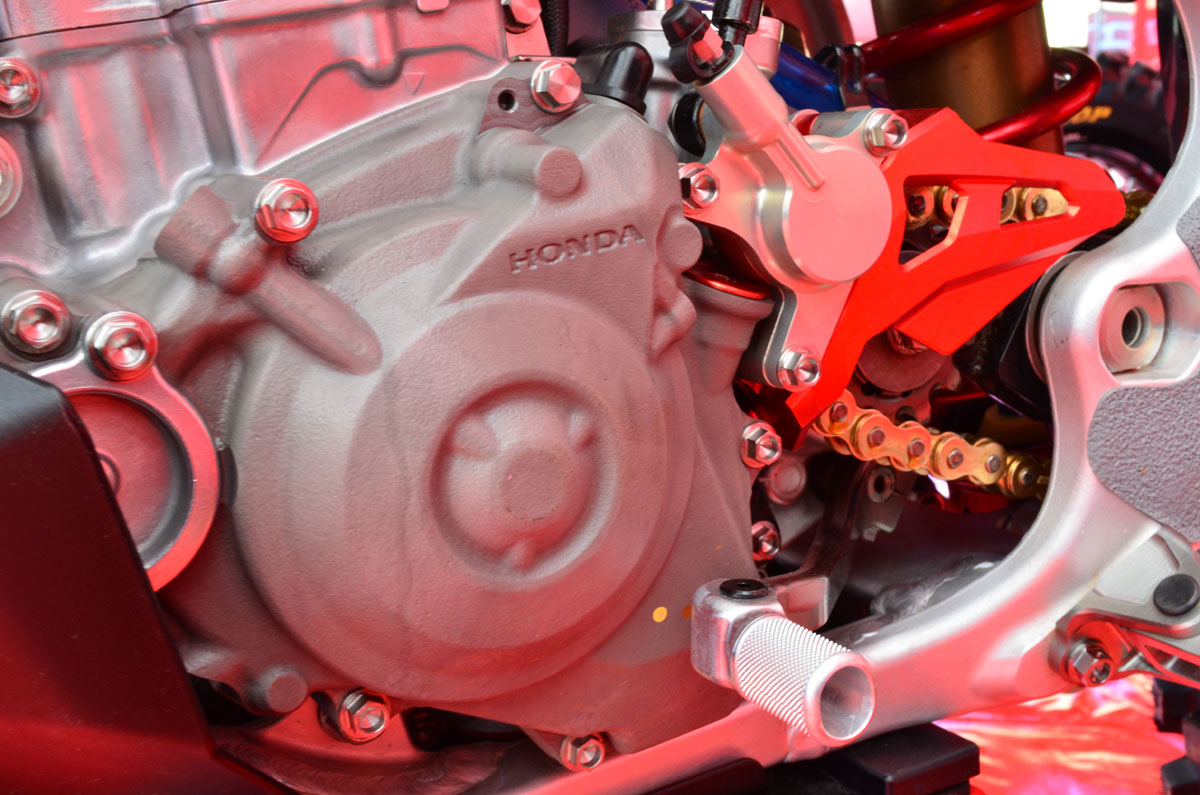 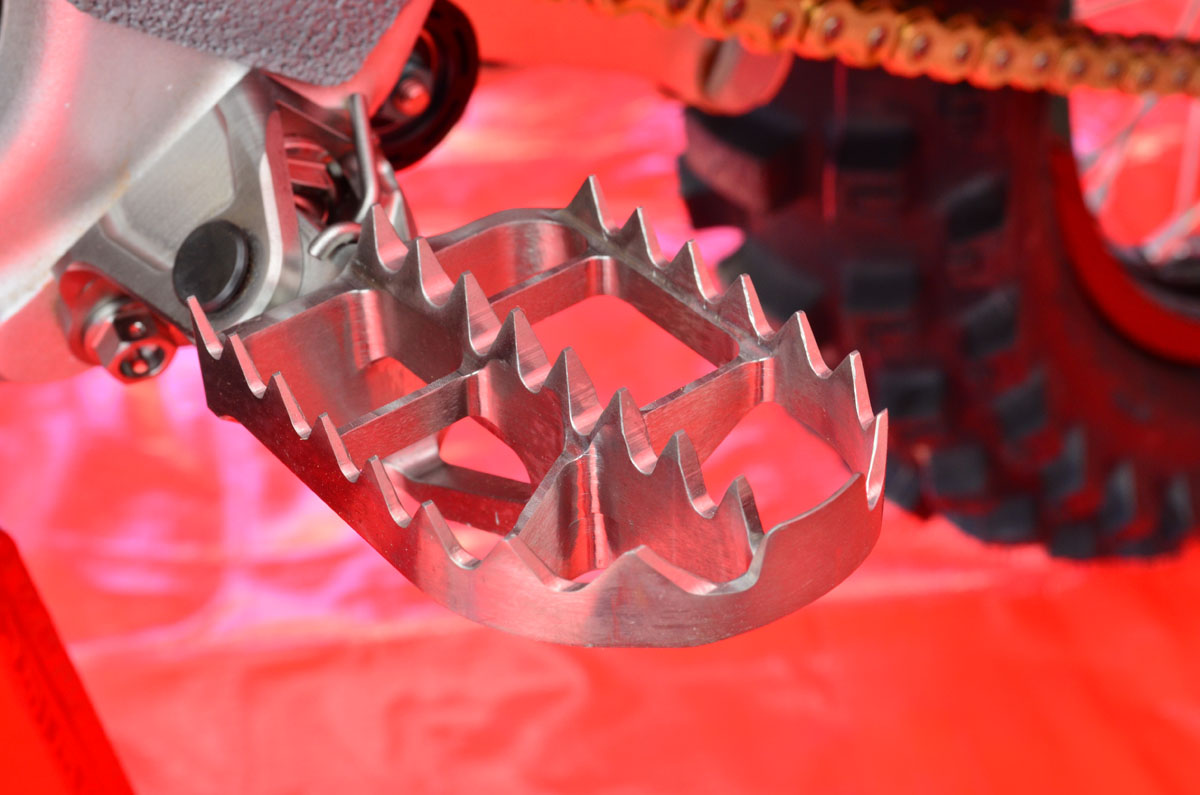 The titanium footpegs are very sharp. Clearly, Cole and Kenny don’t have to resole their own boots. 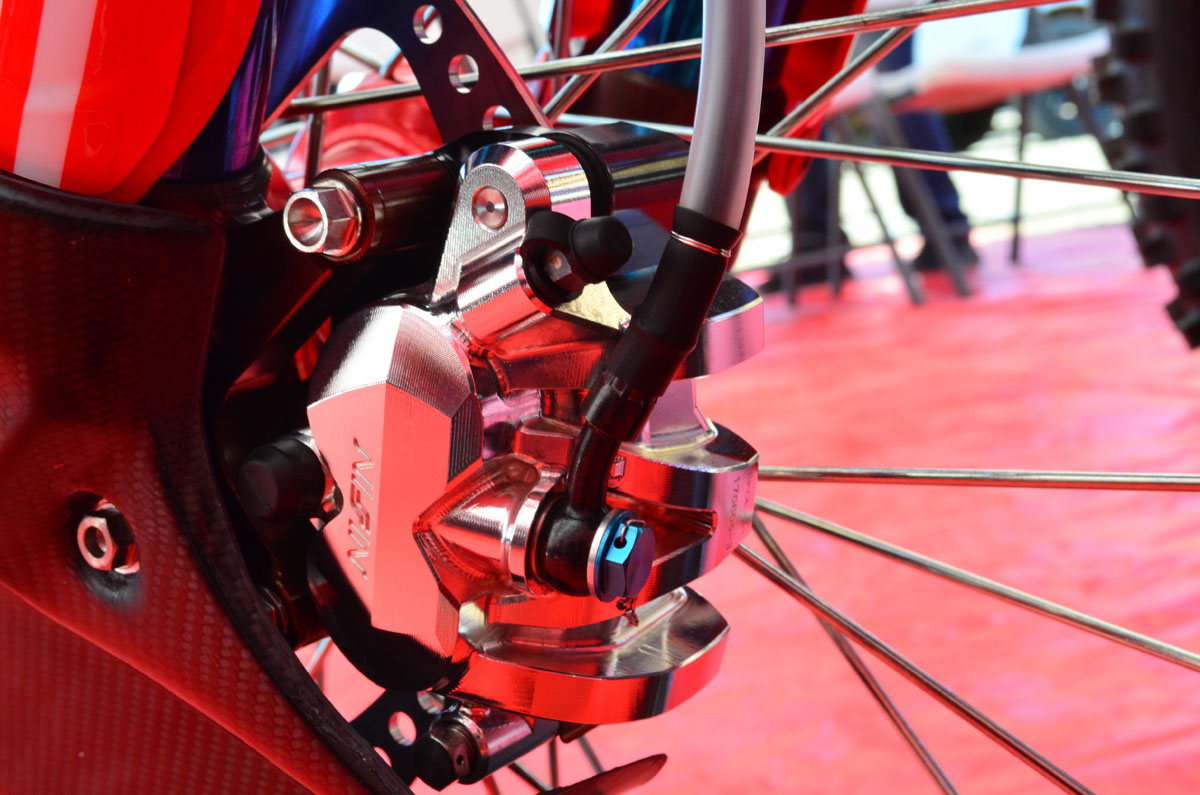 Safety wire is everywhere. You won’t see any factory parts laying on the track after a race. 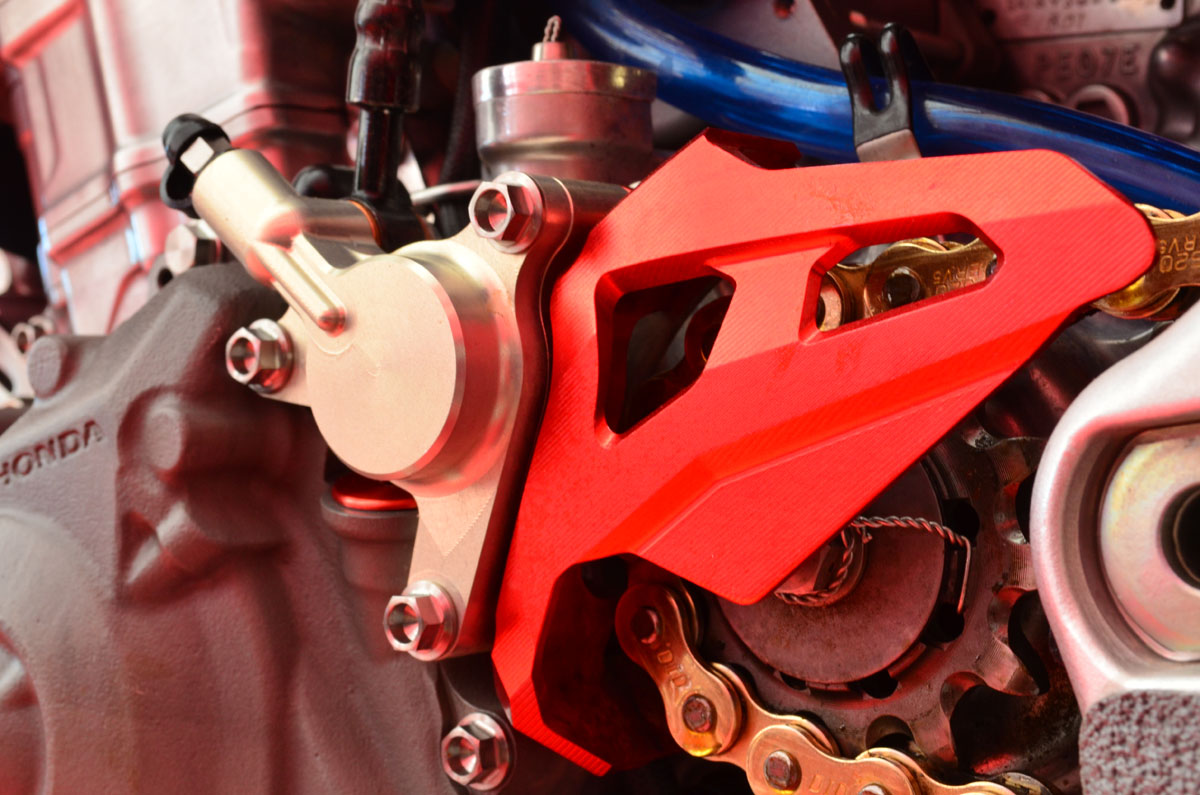 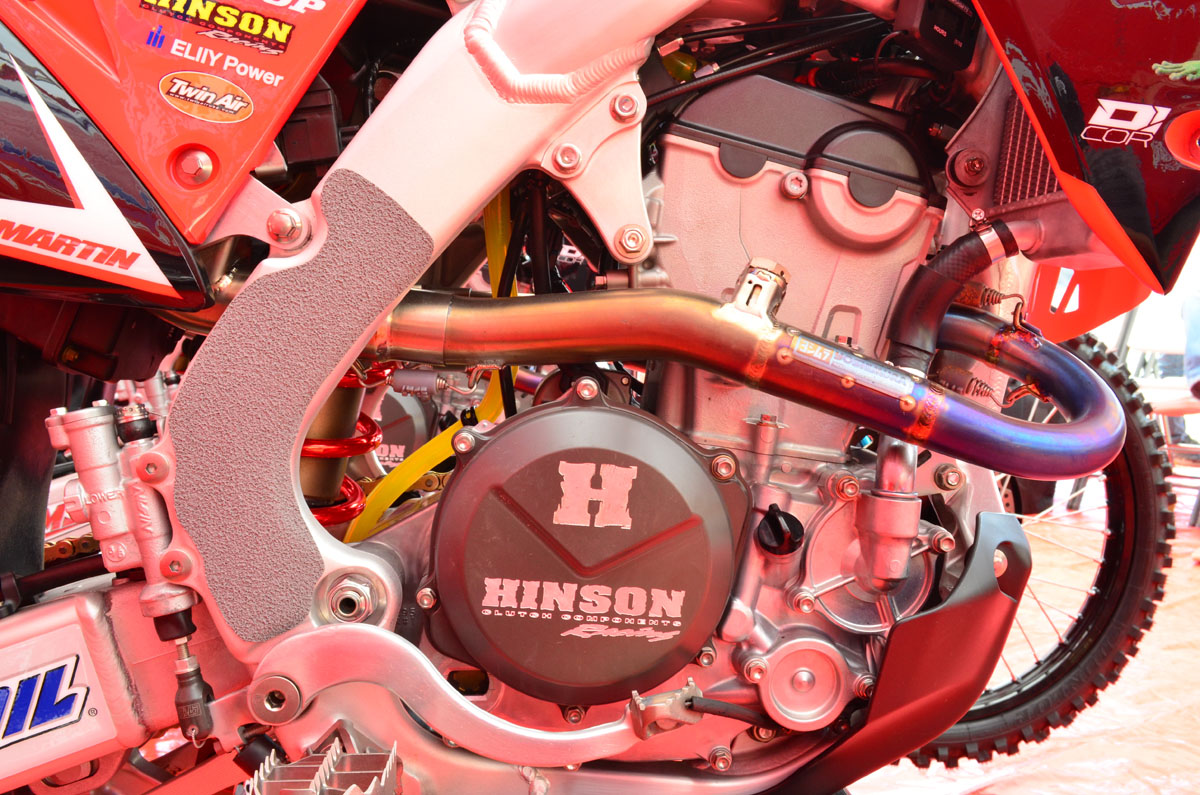 The Geico Factory Connection team had to develop a whole new bike during the race season in 2017. They worked on the new bike’s outdoor settings first simply because that was more time efficient during the outdoor Nationals. Only now have they finished Supercross settings. 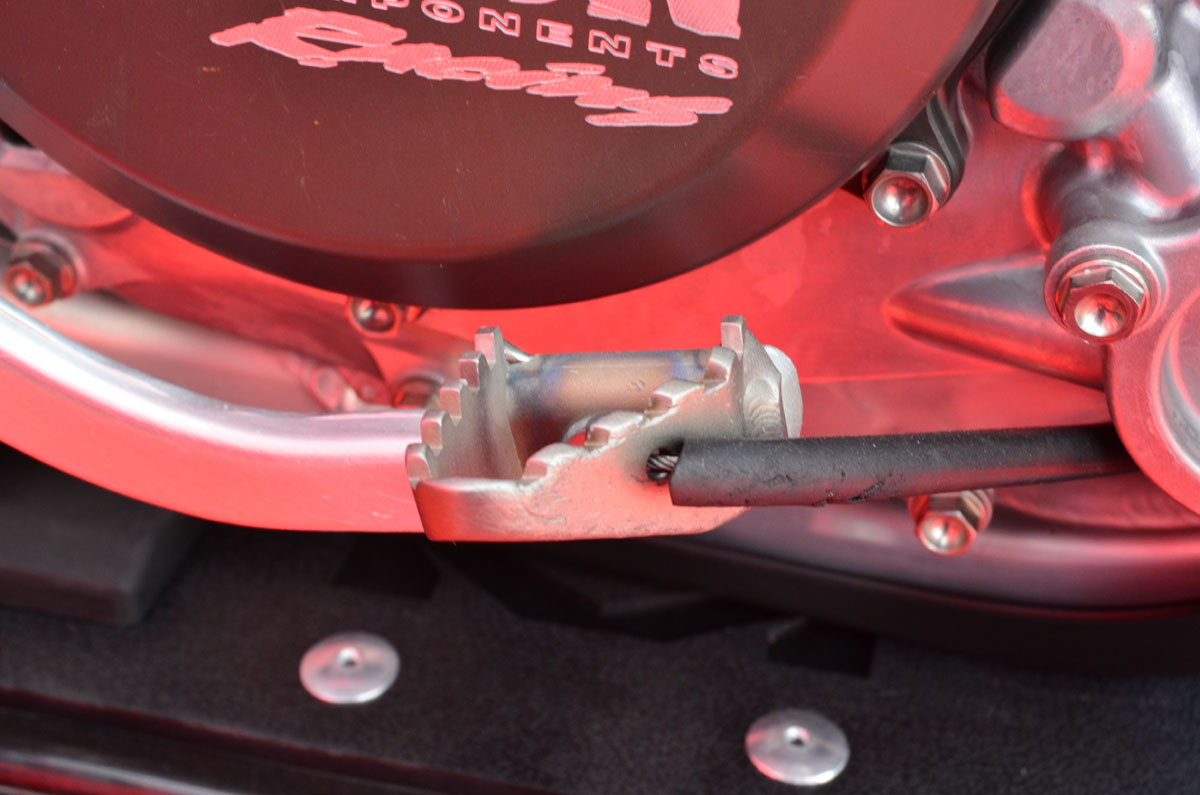 Attention to detail is outstanding. 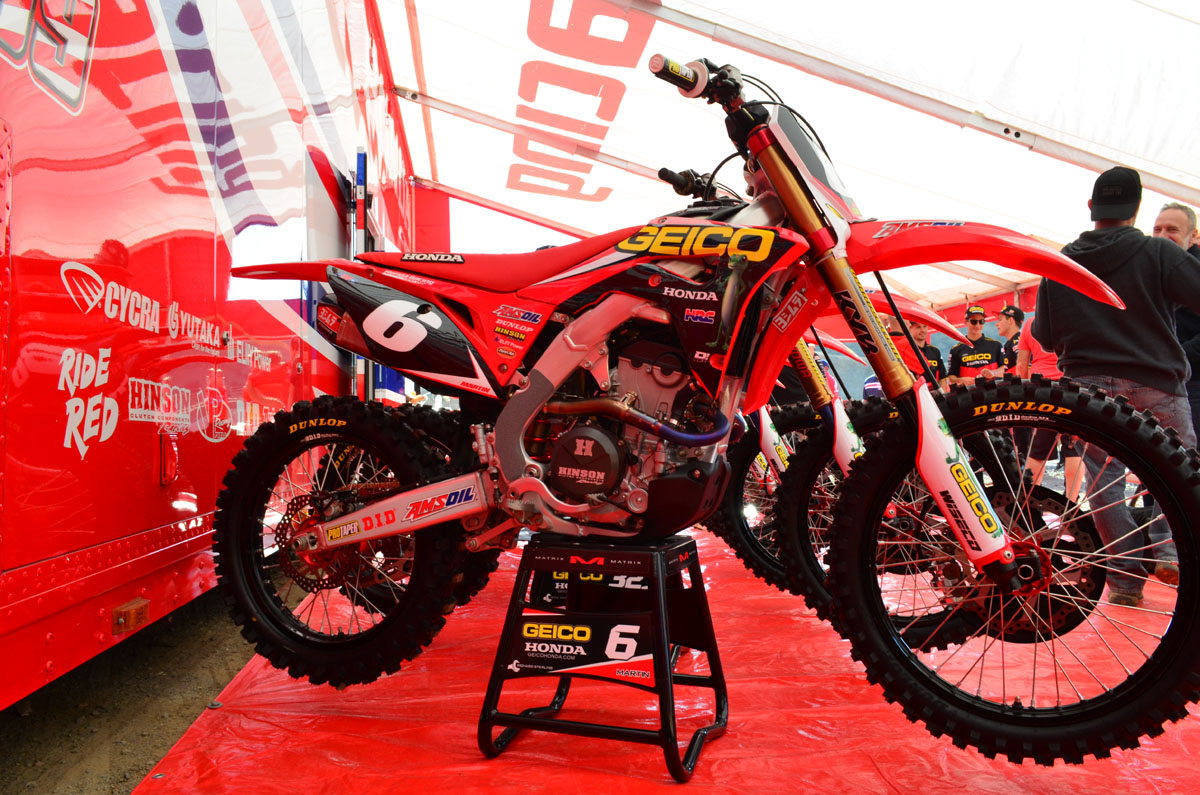 This is Jeremy Martin’s bike, which will be raced in the 250E Supercross series. During the first few rounds, he will ride a 450. 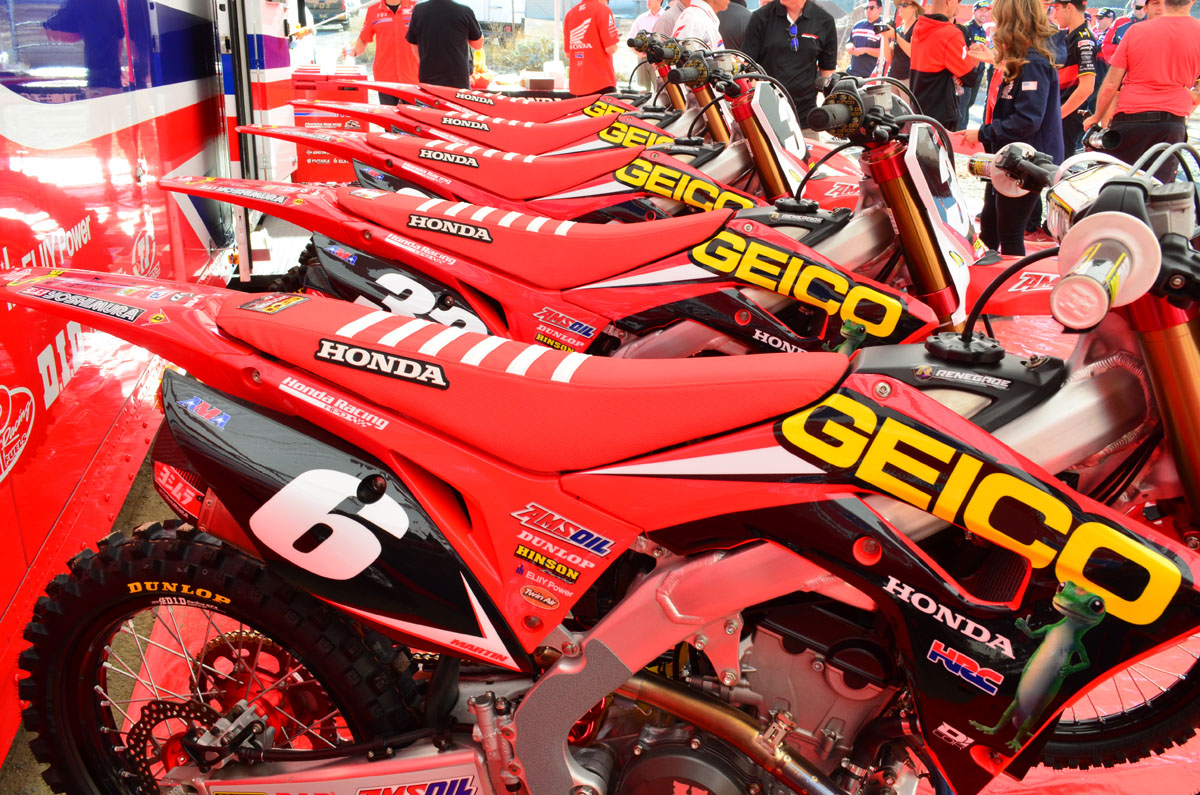 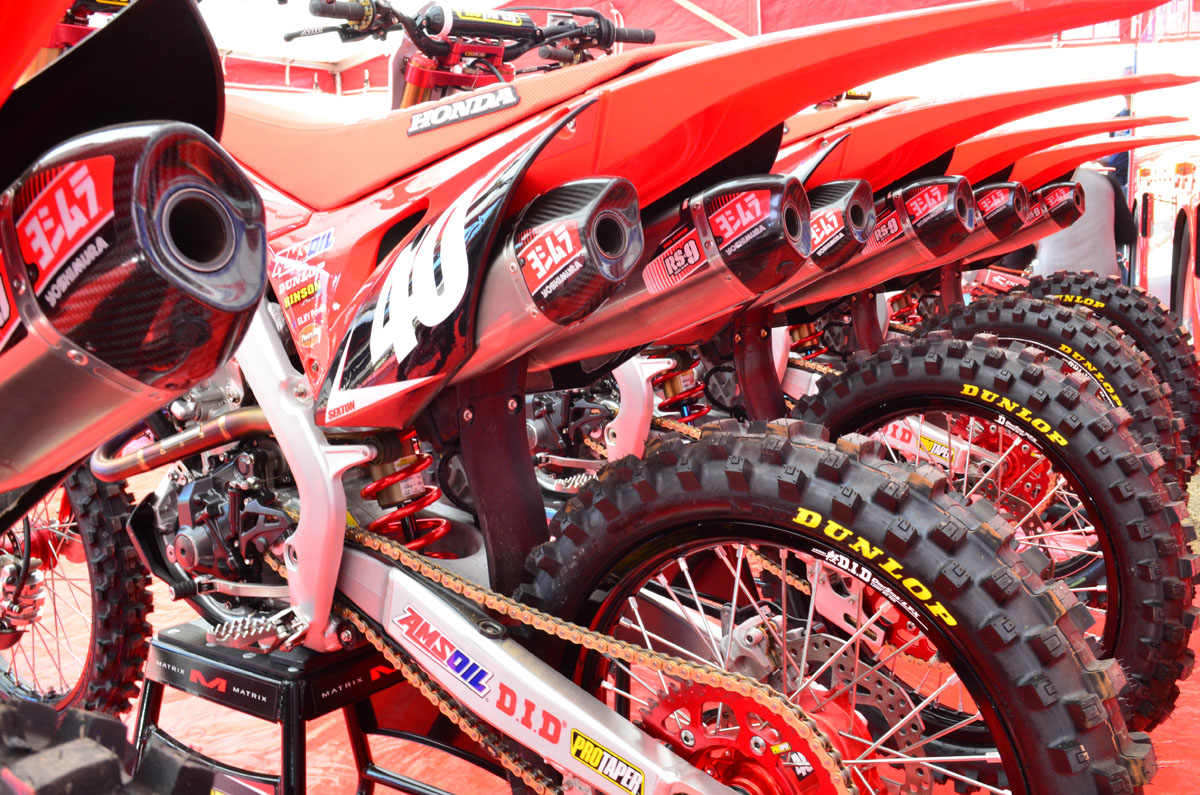 That’s a lot of carbon fiber and titanium supplied by Yoshimura.