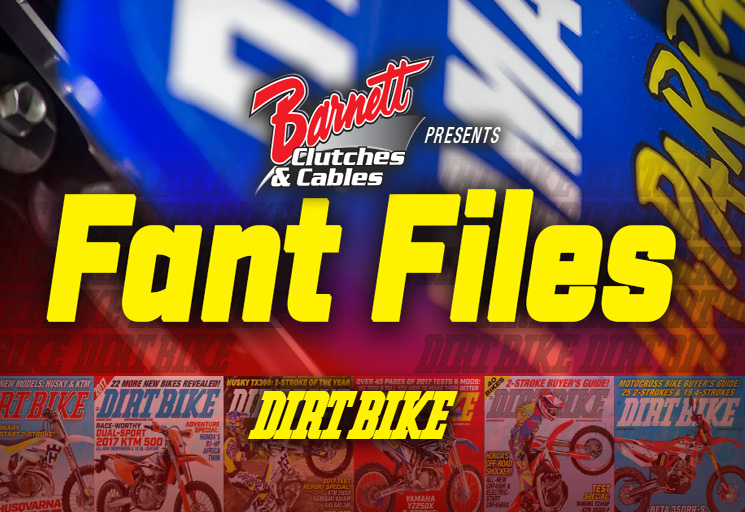 If you are a motocross enthusiast, Tom White’s Early Years of Motocross Museum in Orange County, California is a must see. While shooting our new video series entitled “LEGENDS” we came across a few bikes of the past that bring back great memories of previous champions. This week in Fant Files we hop in our Delorian and set the date back to 1999. The year Jeremy McGrath took his 6th Supercross championship. 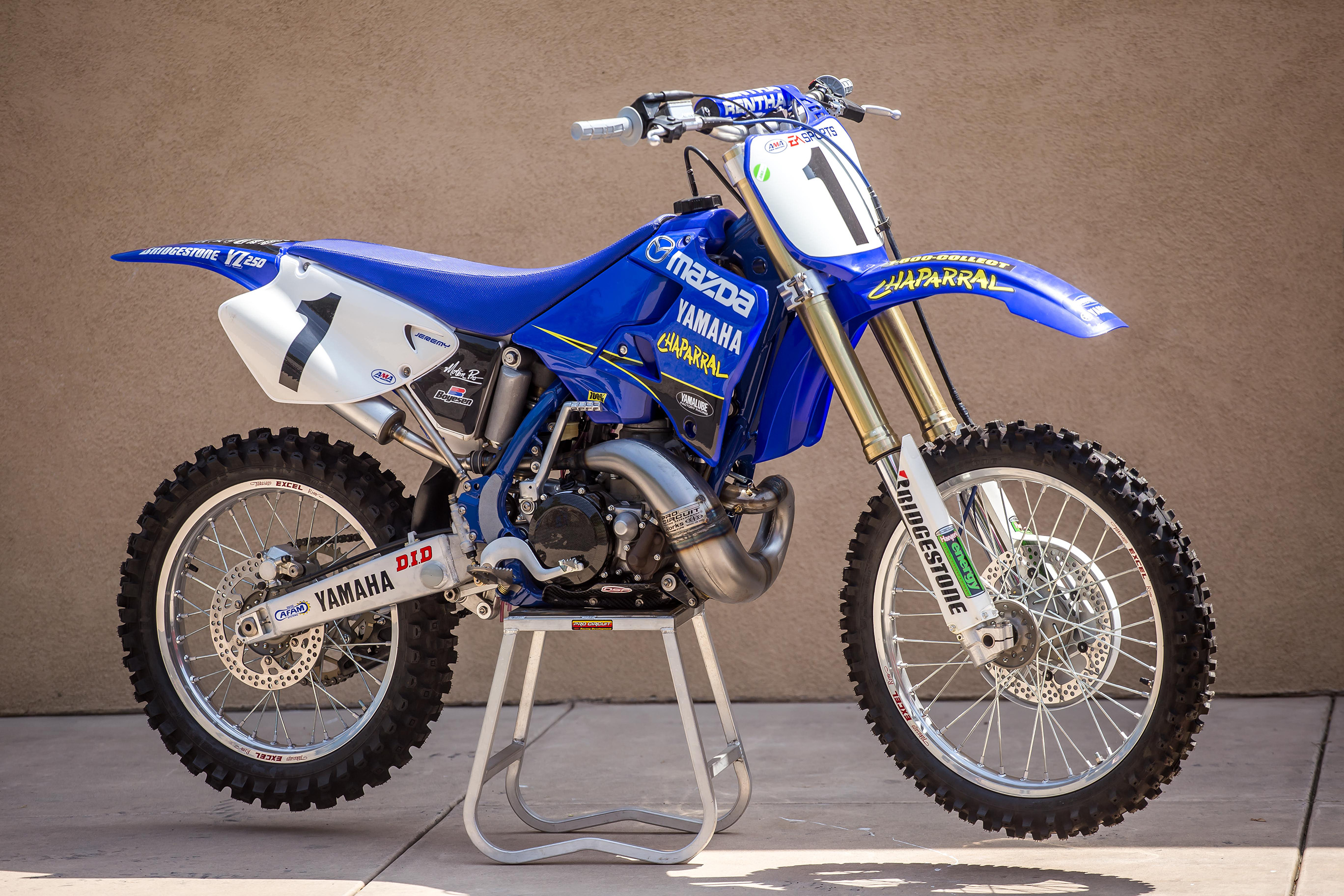 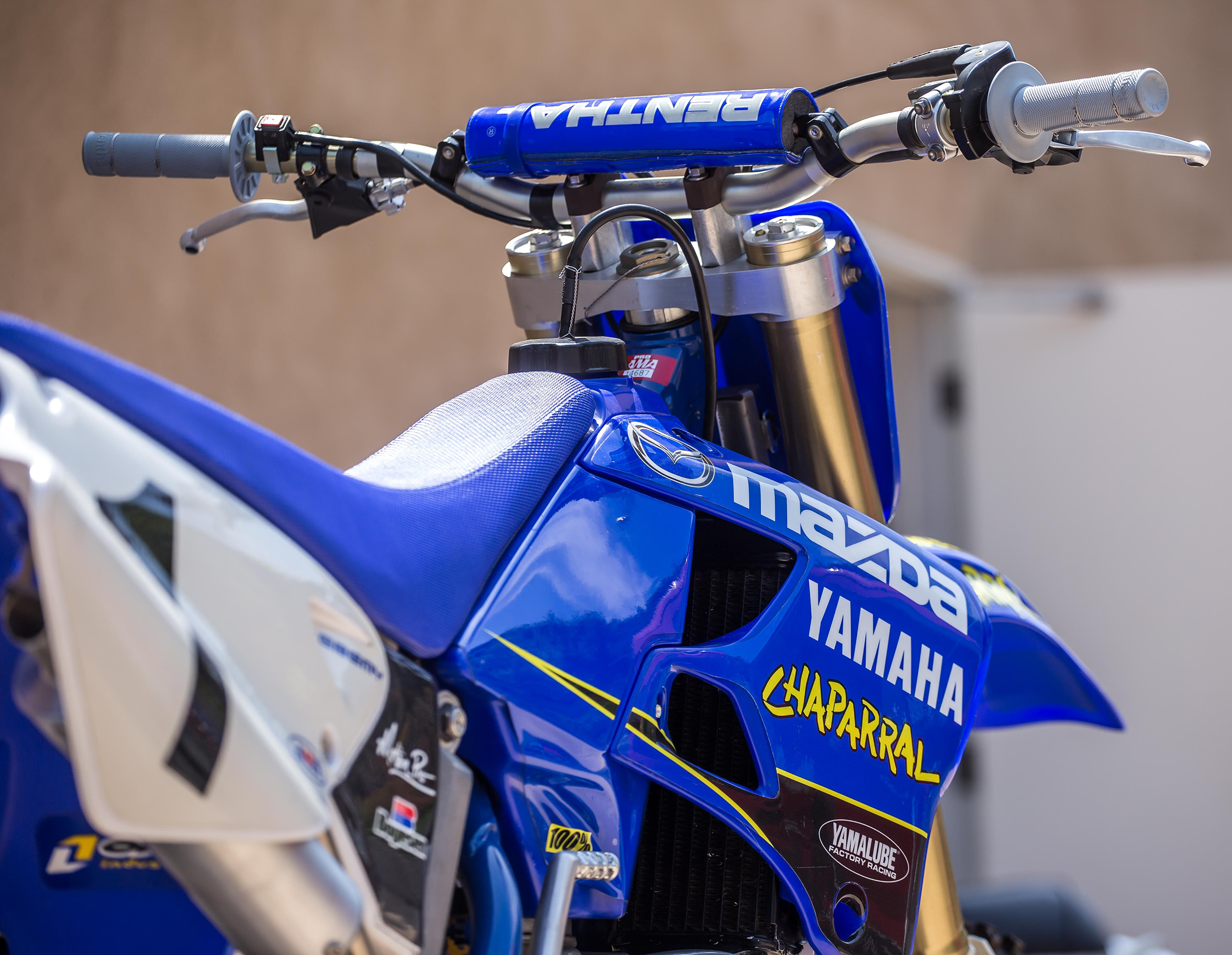 When 1999 rolled around and the season got going, it looked possible that Ezra Lusk might have something for MC. Jeremy came into the season well prepared but “YOGI” was able to snatch the first couple rounds out from The King. Once the series started to settle, Jeremy rose to the occasion and began his fight to another championship. 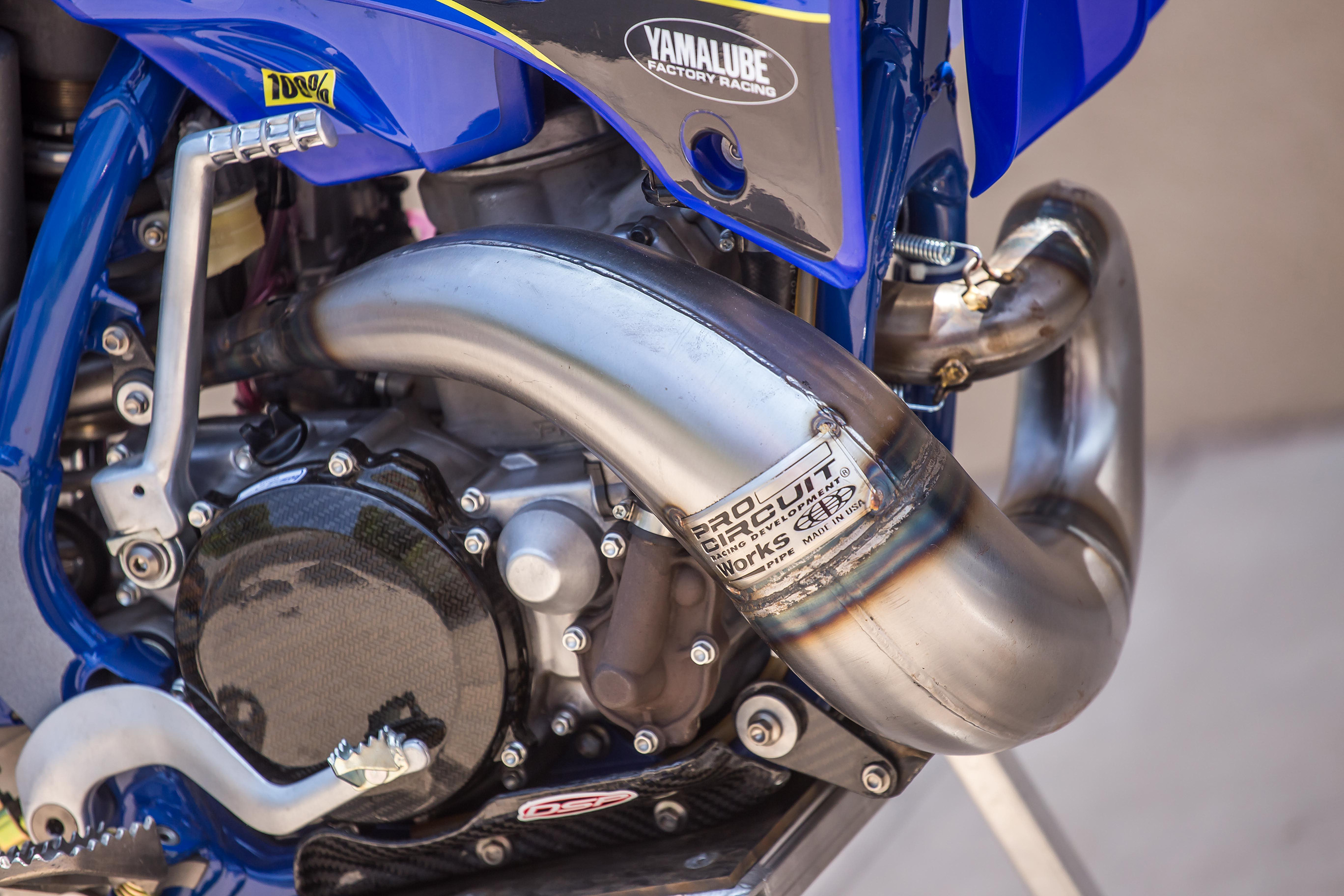 MC would win half of the 16 rounds in 1999. This gave him his fifth AMA Supercross title in six years. 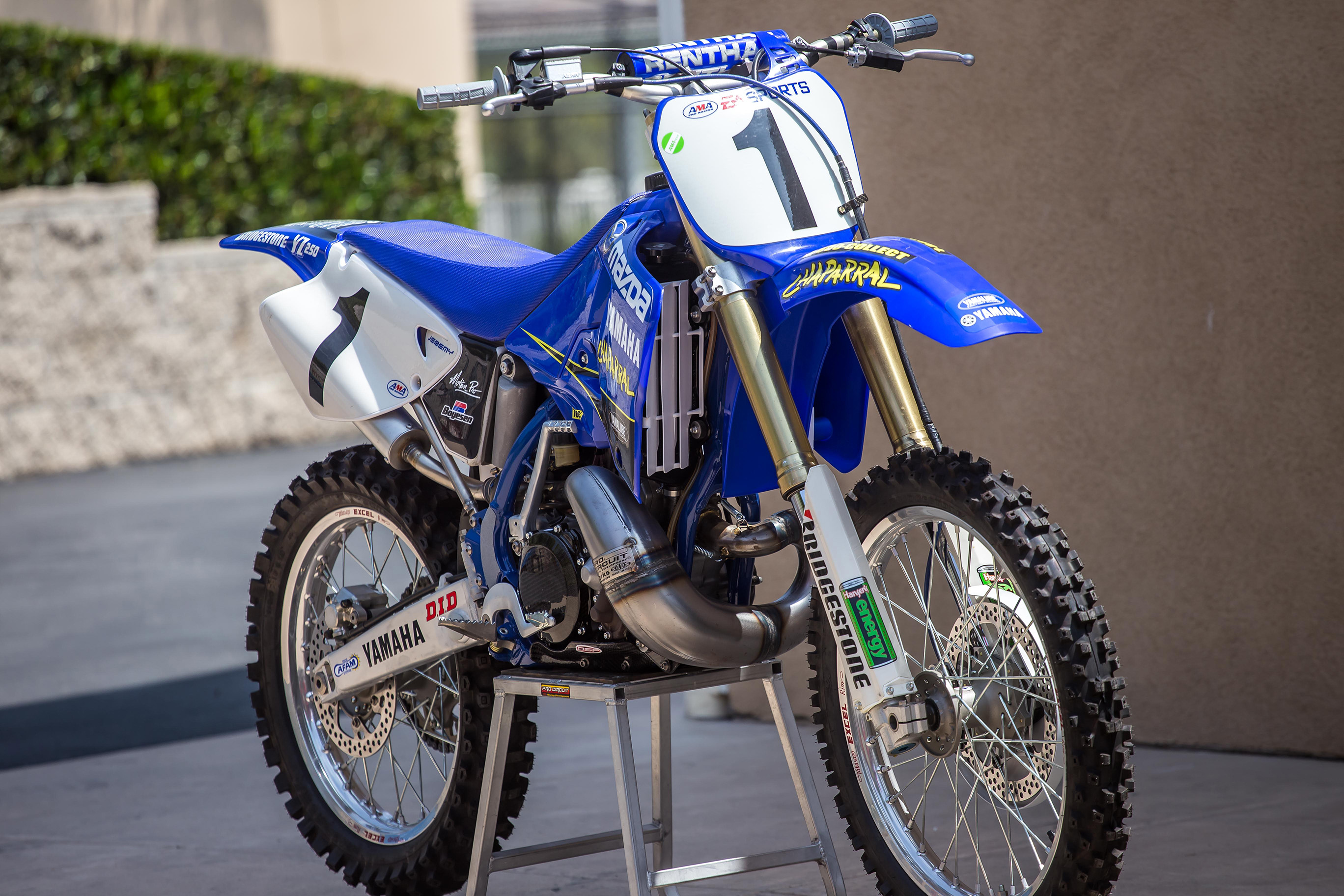 Jeremy would go on to race the Glen Helen National in 1999 but not the full season. His focus was a career in Supercross at that point in his racing. 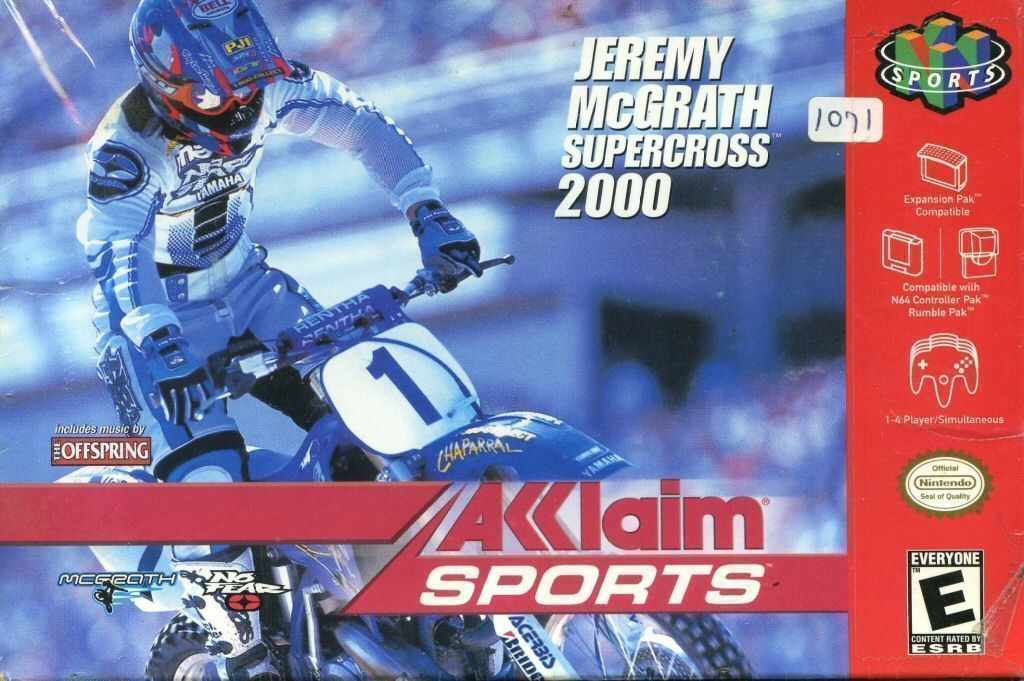 If you are a product of early 90s/2000’s moto then you remember this piece of history. In September of 1999 Nintendo released this video game to the world featuring “The King”. Our thumbs still have calluses from playing this game for hours with friends. 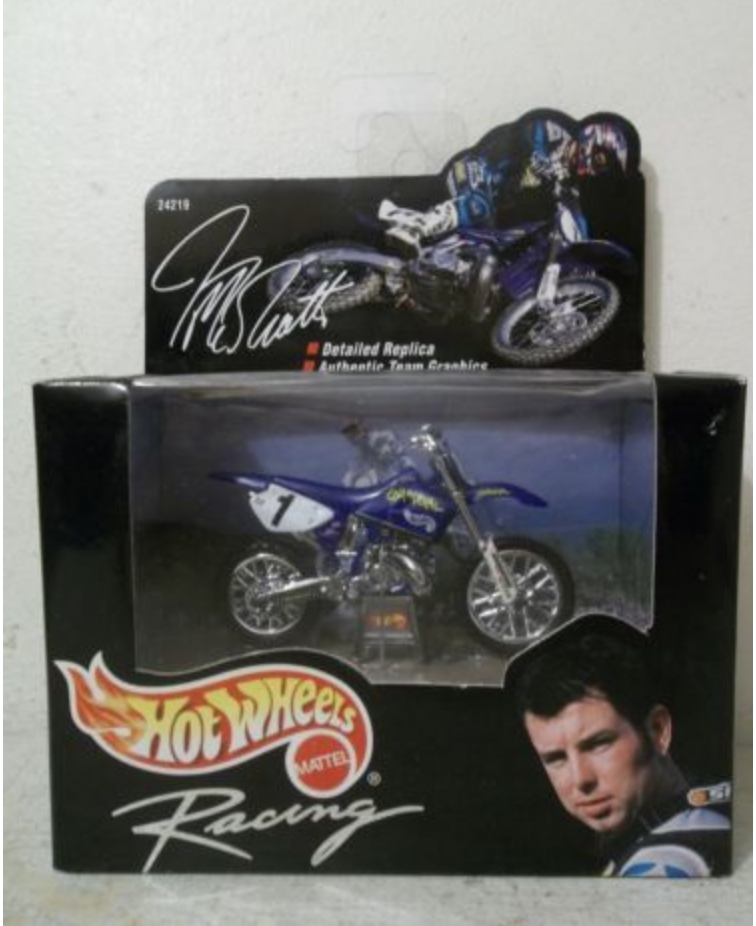 Once on the shelves of every department store and toy store in the United States, you can now find pieces of history like this on ebay still in the package. 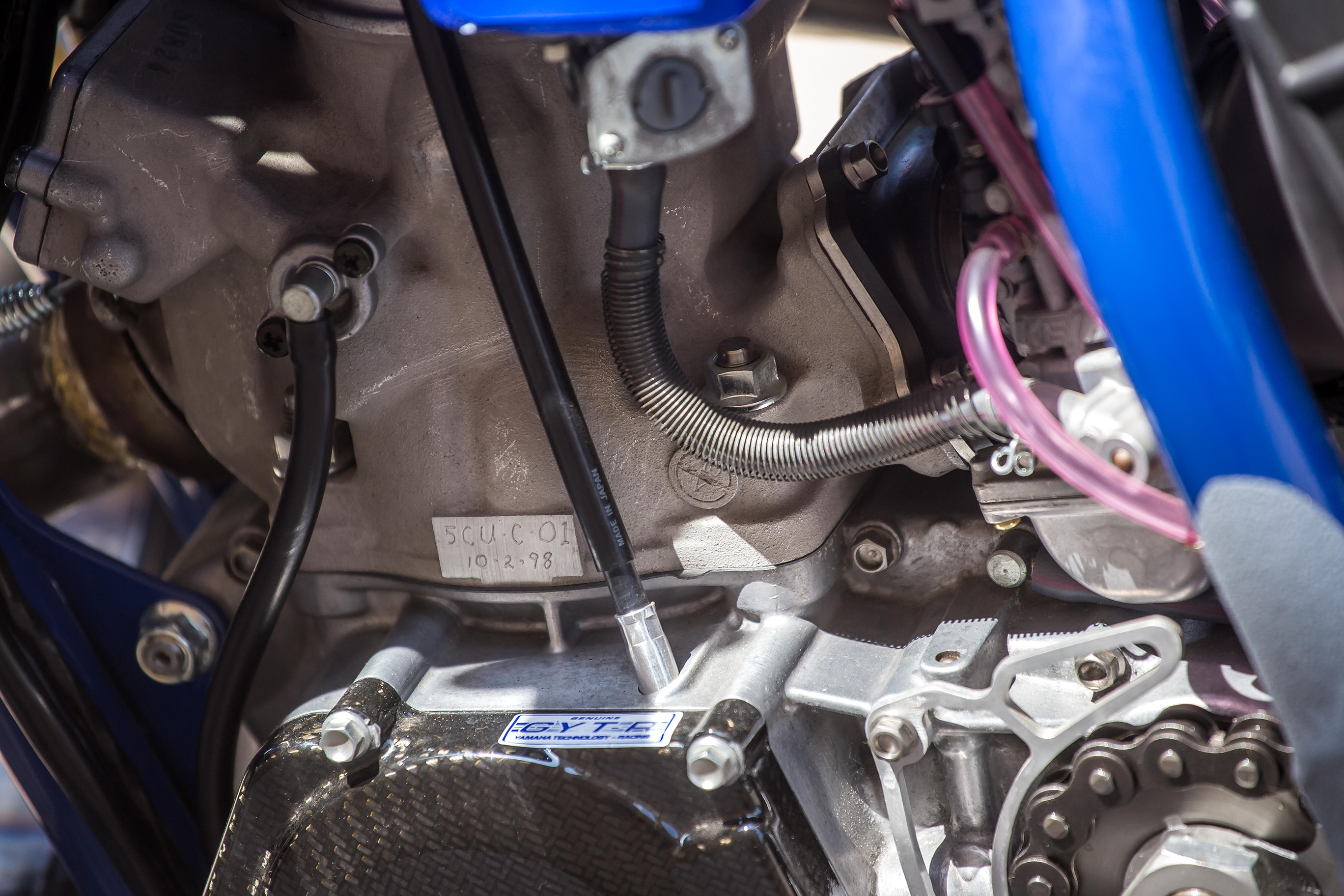 Looking closer at MC’s 1999 Yamaha you first see the GYT-R carbon fiber cover..if you look closer you see something even a little more interesting. 10-2-98. Those are the dates possibly when this motor was ridden or tested. All factory bikes had this type of inscribing on them to keep the parts together for one particular motorcycle and their specific rider. 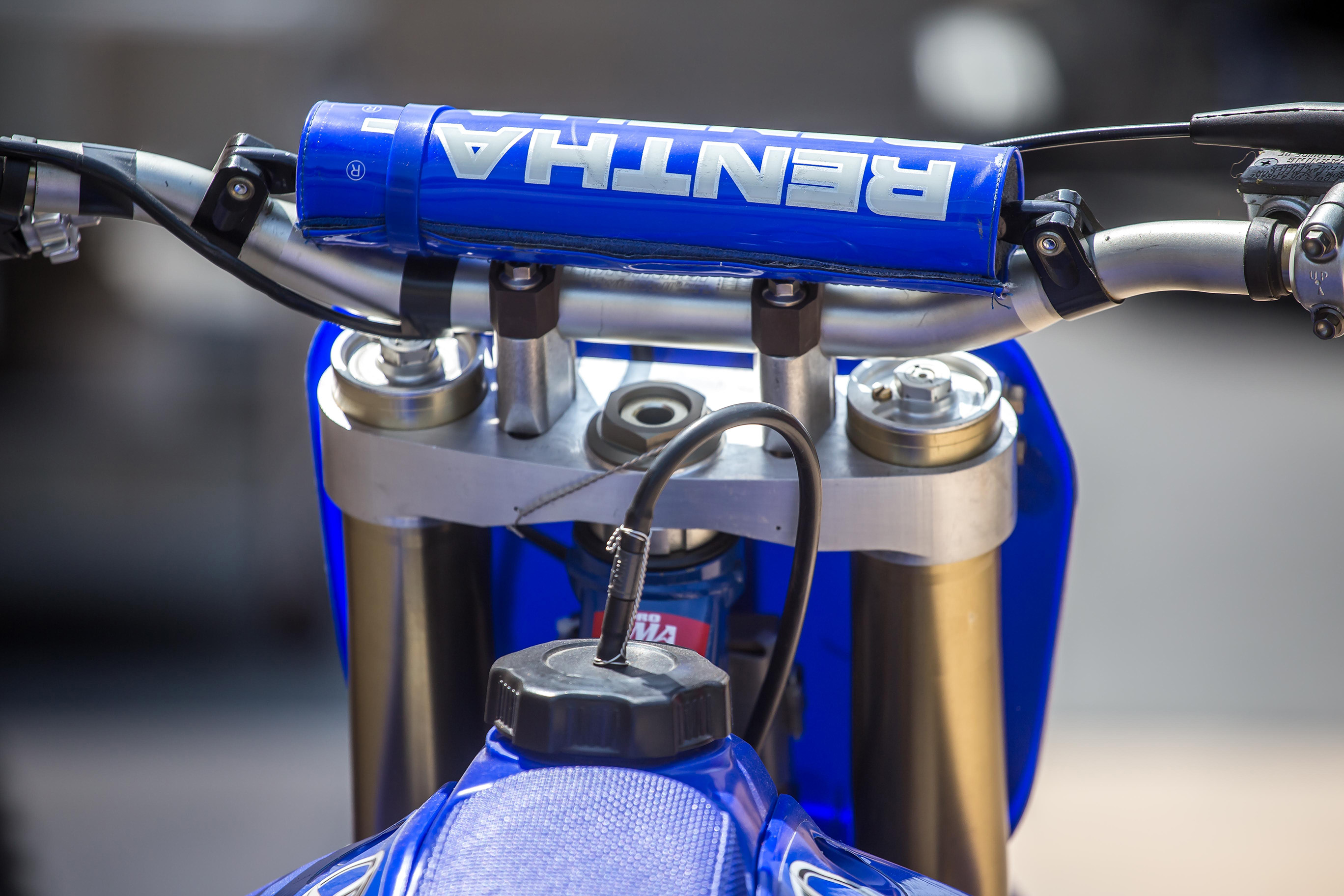 Holy over sized BATMAN! Check out those triple clamps on the YZ. This picture doesn’t do justice how thick these works triple clamps were back in 1999. Notice the taller bar mounts which was an MC preference. 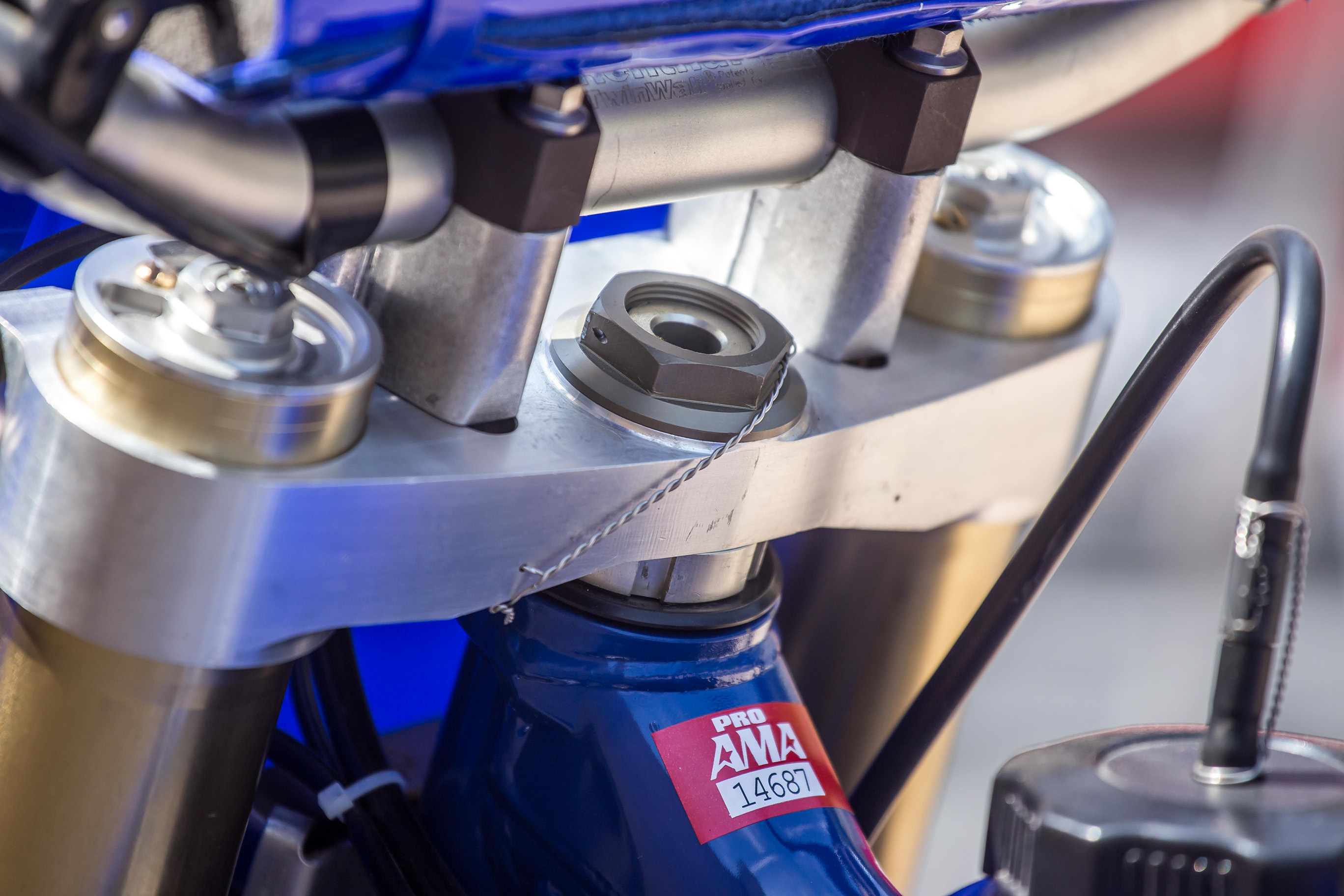 A closer look at the over sized triple clamps, huge steering stem nut and safety wire that all factory teams still use to this day. The Pro AMA sticker #14687 still on the neck of the frame. 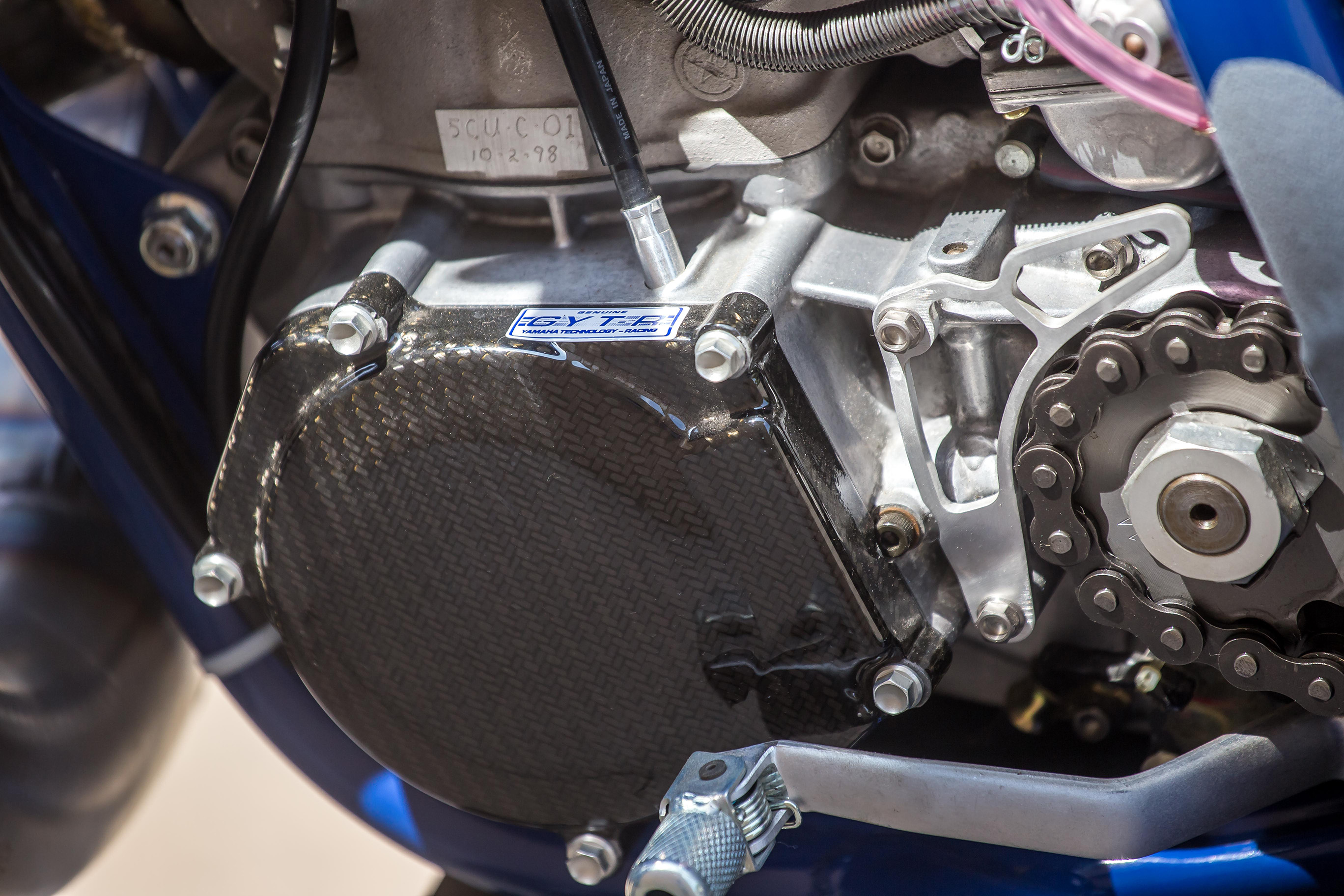 Looking back at 1999 things were oversized and beefed up. Check out the counter shaft sprocket nut (14 tooth front).

Here is the opening round of Supercross in 1999 featuring Jeremy McGrath, Stephane Roncada, Tim Ferry, Ezra lusk and many more. 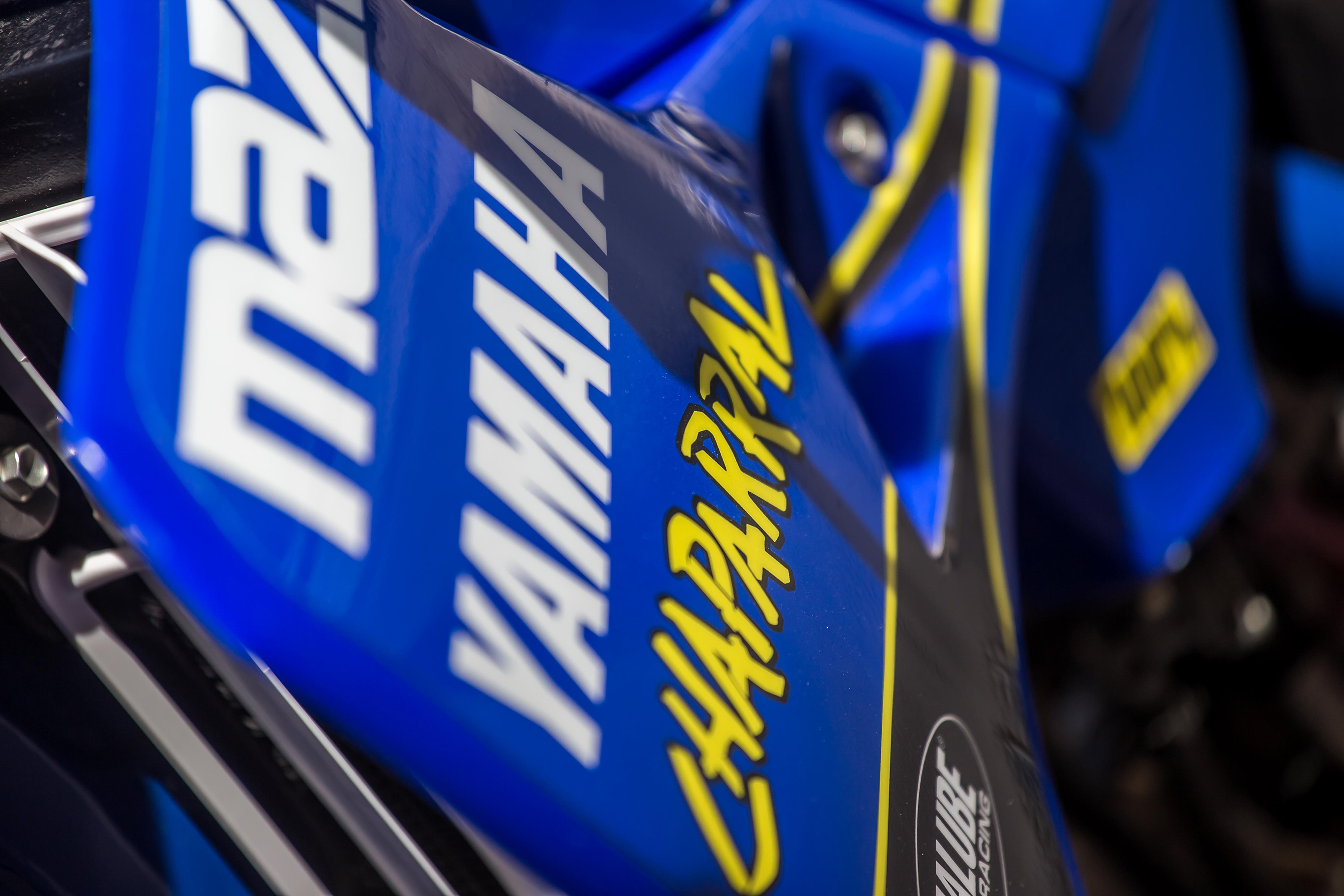 A close look at the Mazda/Yamaha/Chaparral Graphics of 1999. 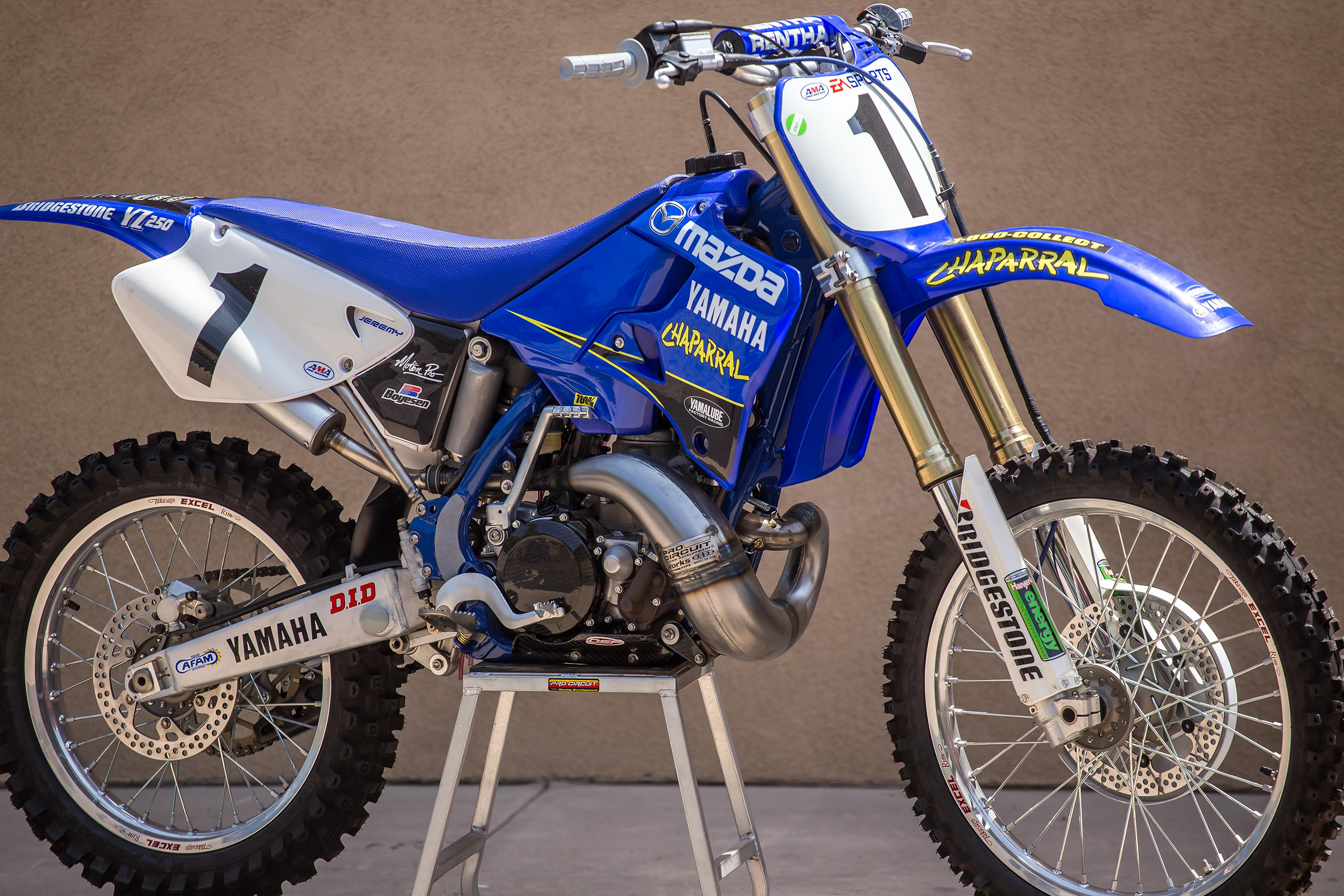 One of the original energy drinks on MC’s fork guards stands out. Hansen. That and all the carbon fiber littered on the bike are super impressive…but what about the titanium sub frame almost hidden behind the #1 plate. Look down at the machined shock link. Check out the axel blocks in the rear of the motorcycle and the works foot pegs that are over sized and sharpened as if it were going to Anaheim 1 tomorrow. 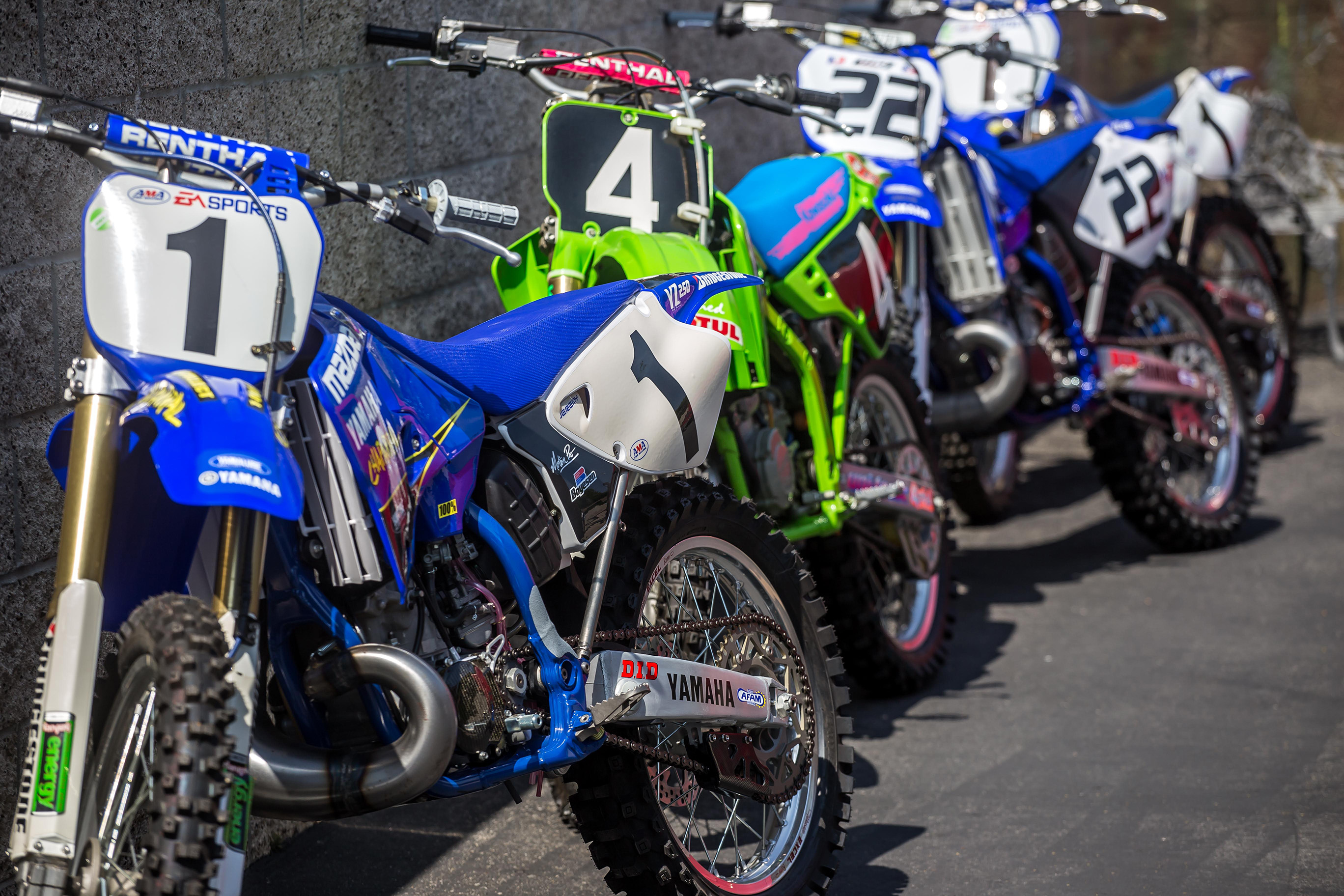 Jeremy McGrath’s bike wasn’t the only thing shot at Tom White’s Early Years of Motocross Museum. Stay tuned to dirtbikemagazine.com for more on what we captured. His museum is full of gems and we went on a treasure hunt.