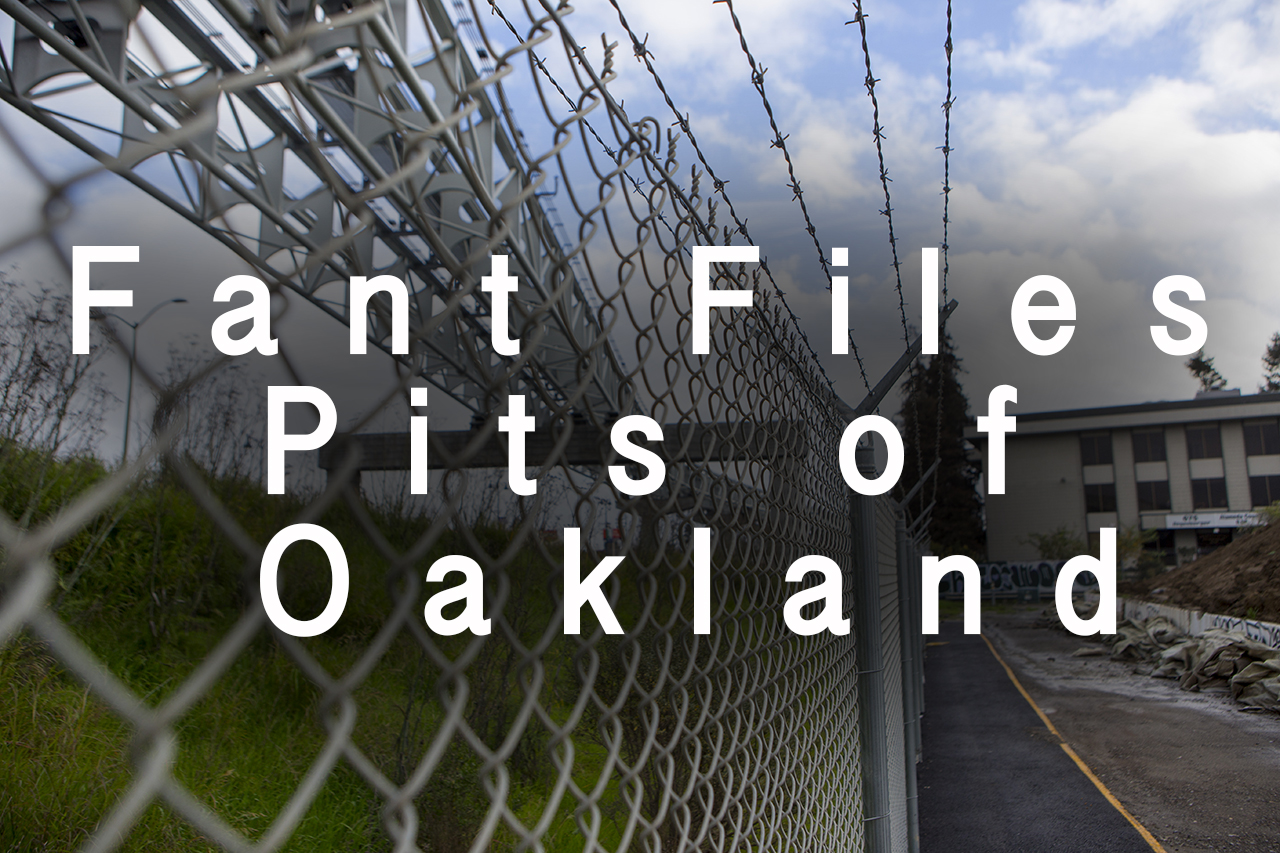 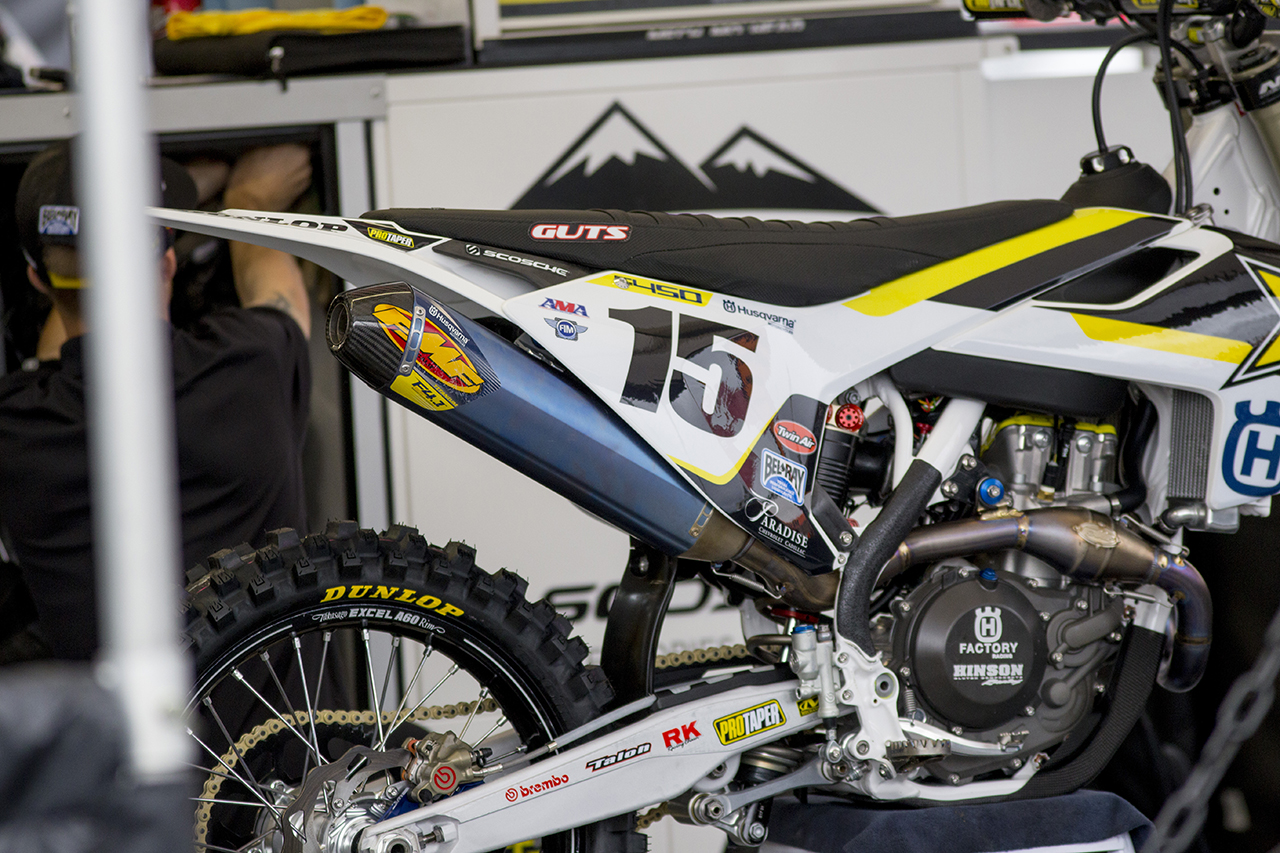 The big news this weekend is Dean Wilson’s return to a Factory Team. This time aboard Rockstar Racing’s Factory Husqvarna effort with Jason Anderson and Martin Davalos. 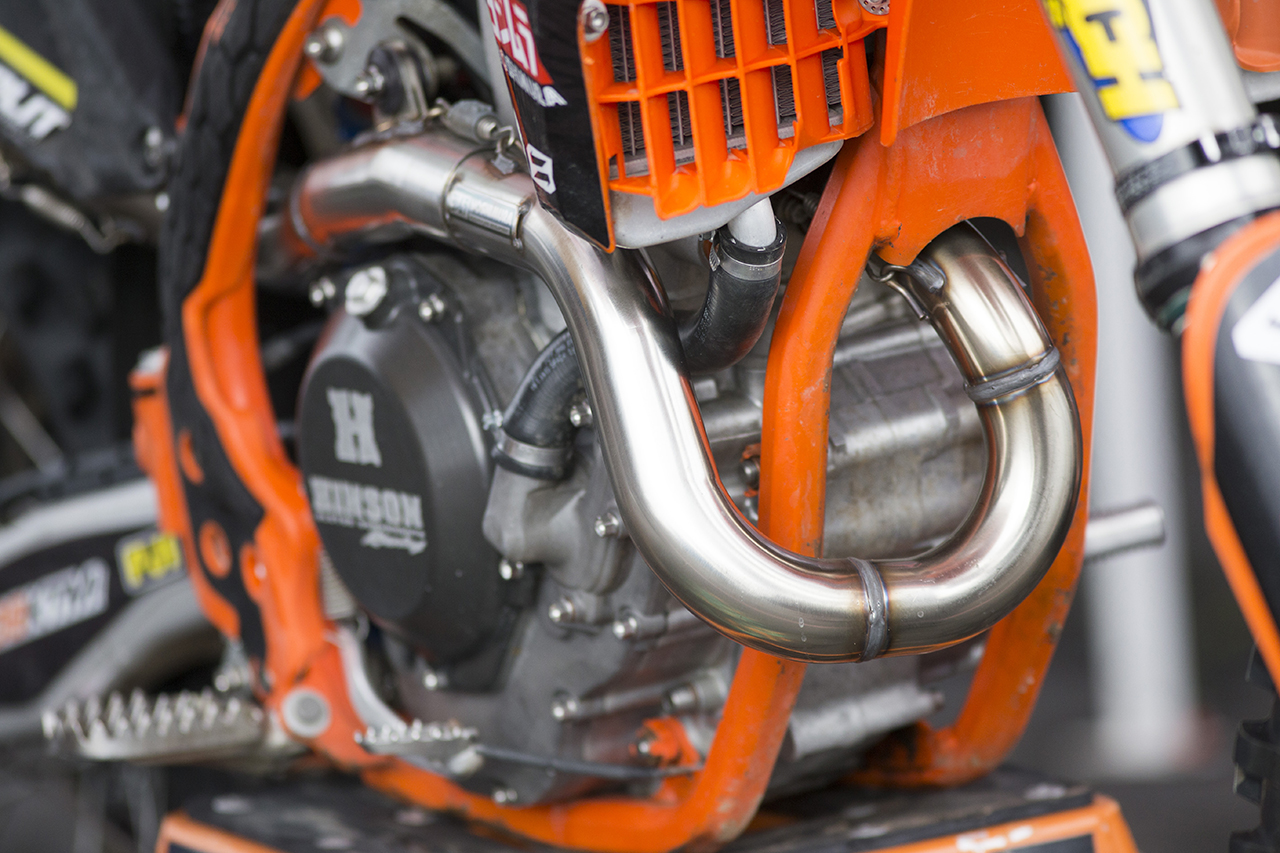 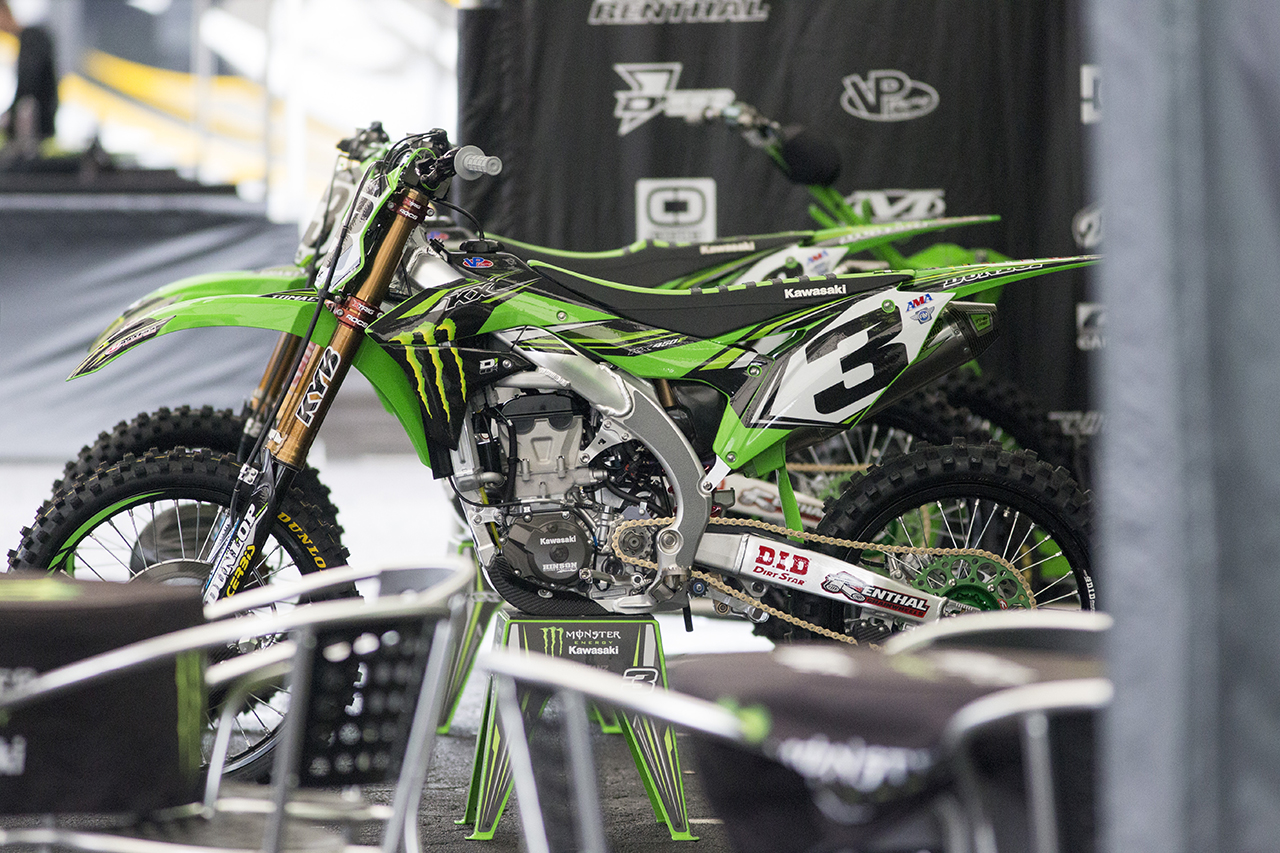 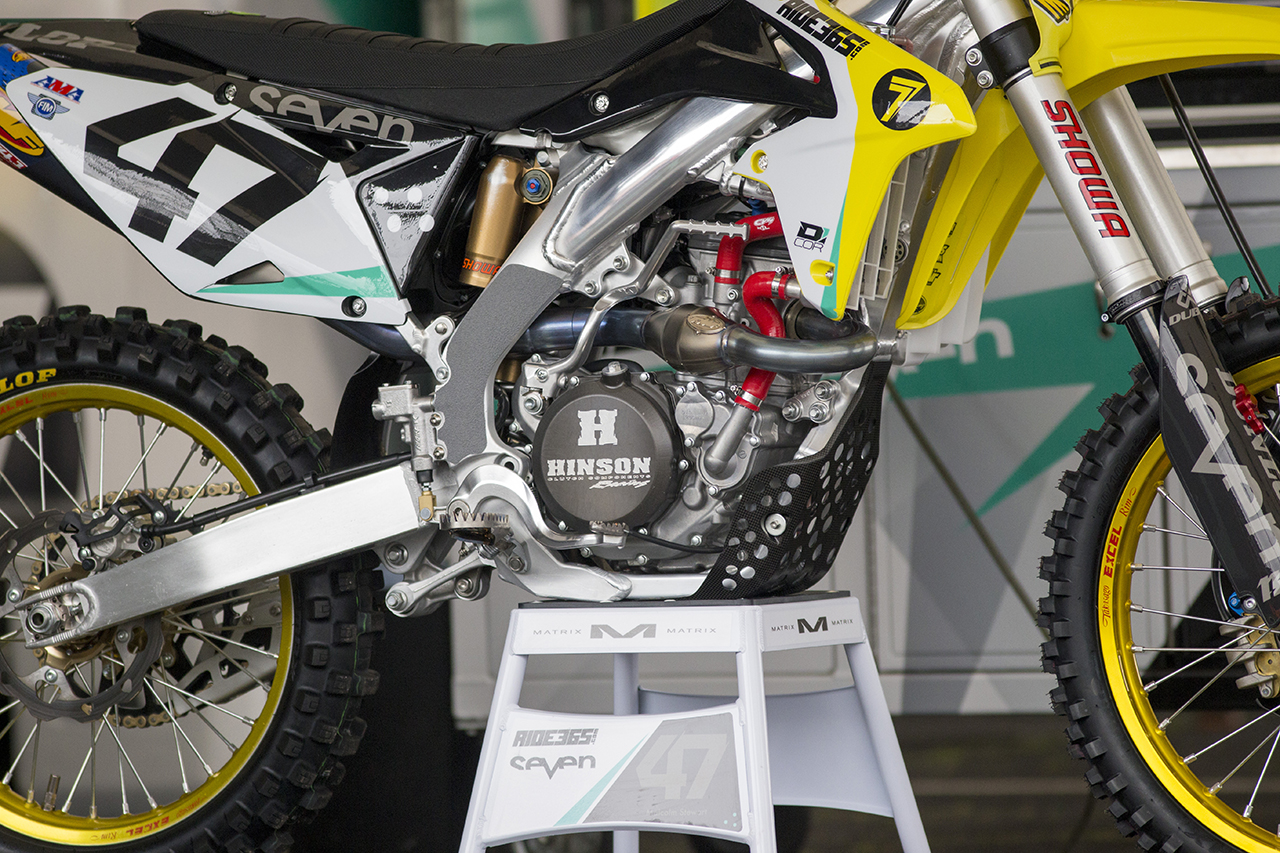 A close up of Malcolm Stewart’s Suzuki RMZ450. Tons of Hinson components, Showa front forks, grip tape, CV4 hoses and carbon skid plate are just some of the cool parts on his bike. 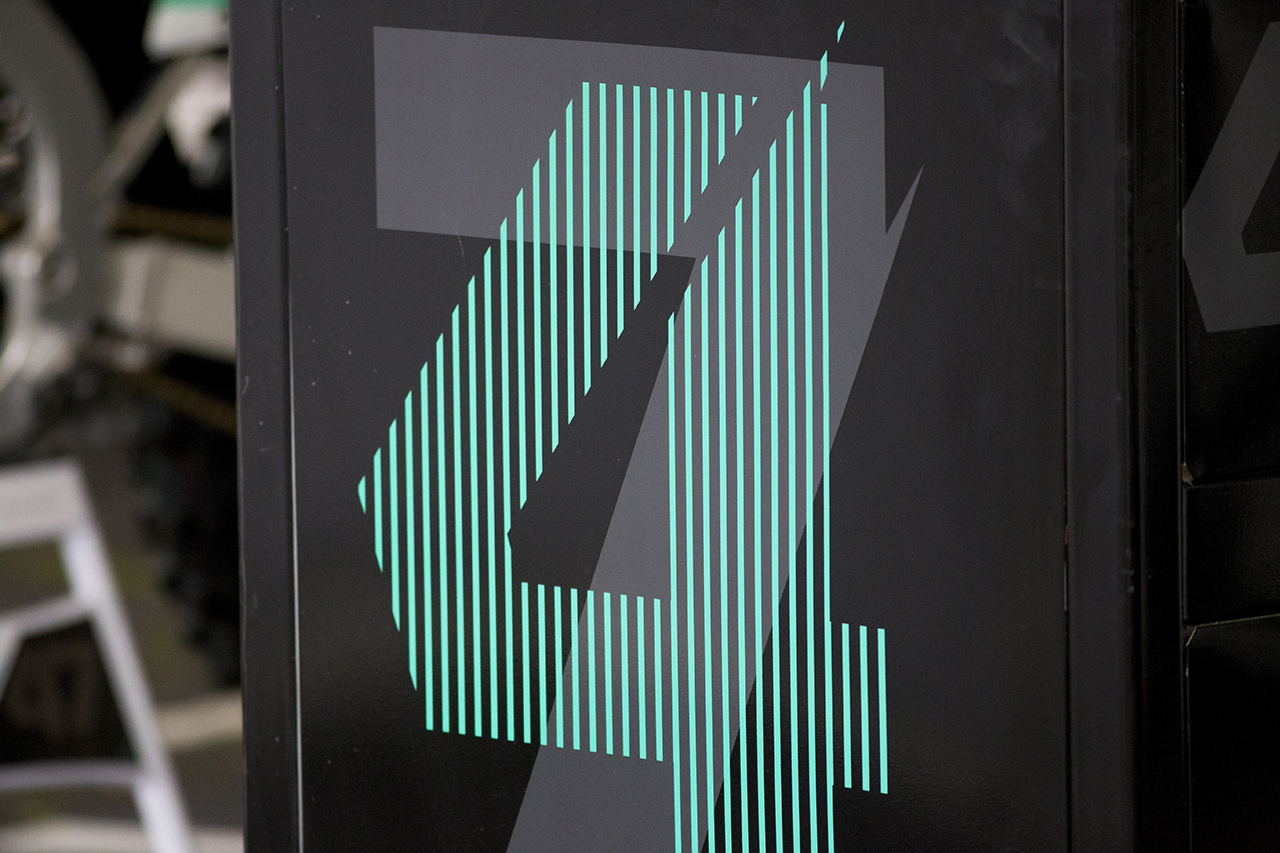 With Malcolm now back to racing we wonder if/when James will show up. We’ve heard Atlanta could be a possibility but only time will tell. Notice the 4 & 7 are in different color…looks like there will be one more bike under the tarp eventually. 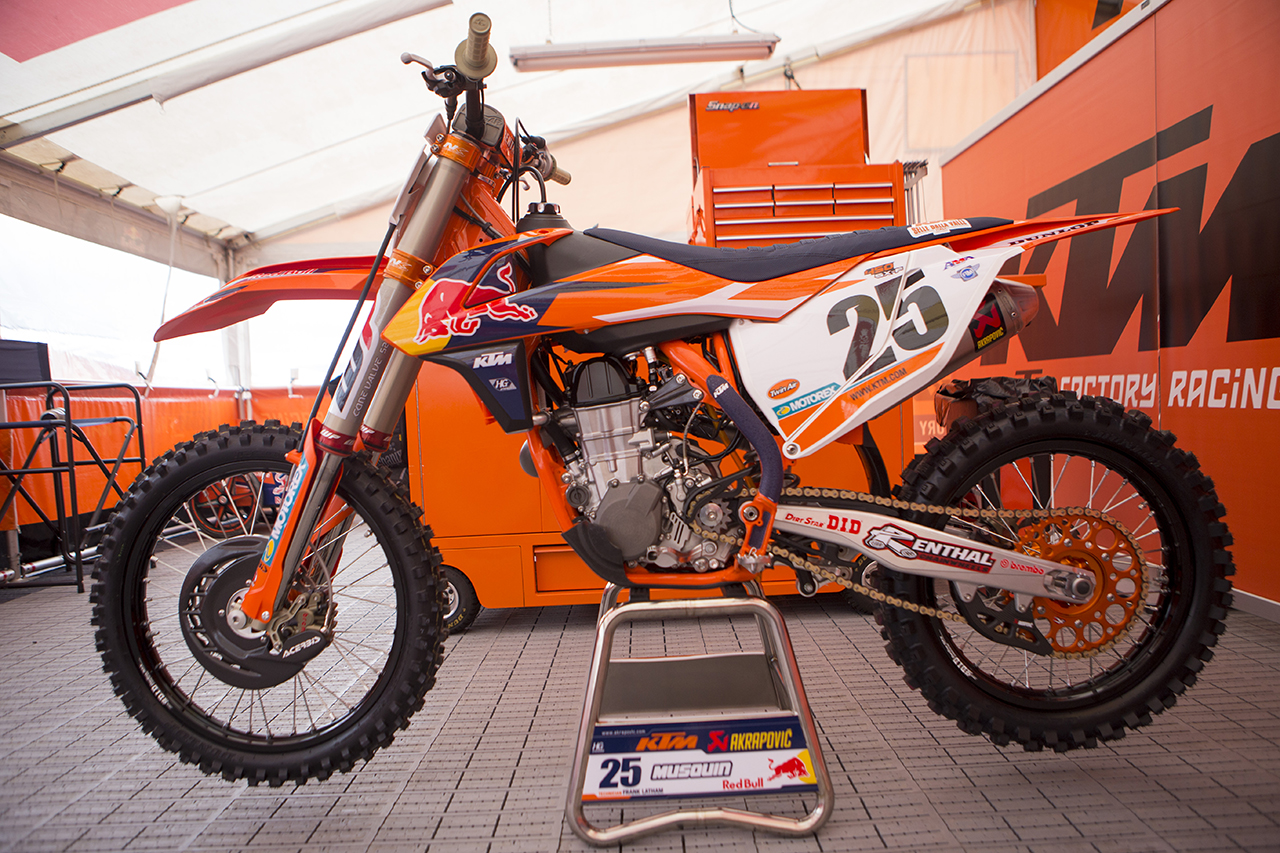 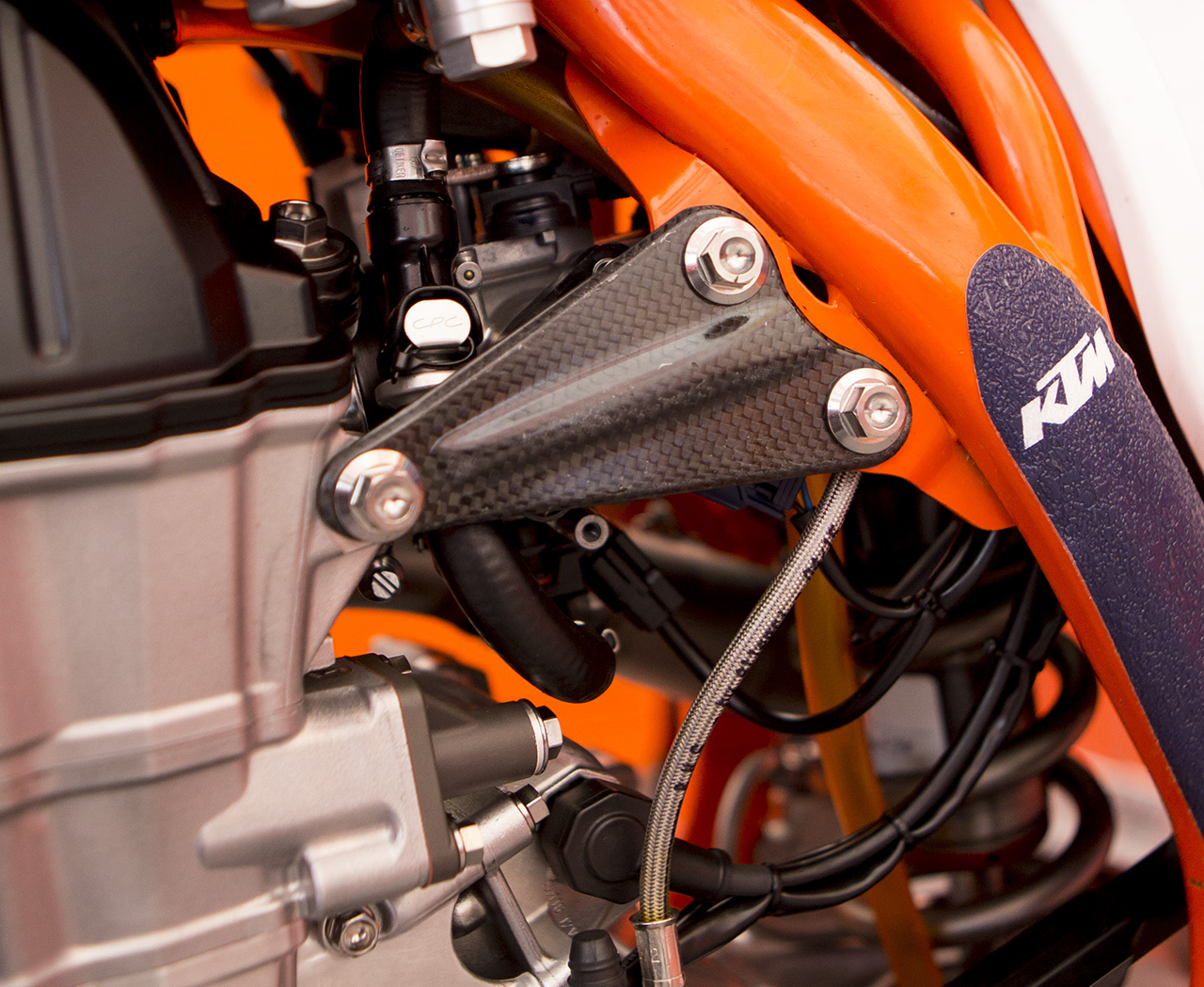 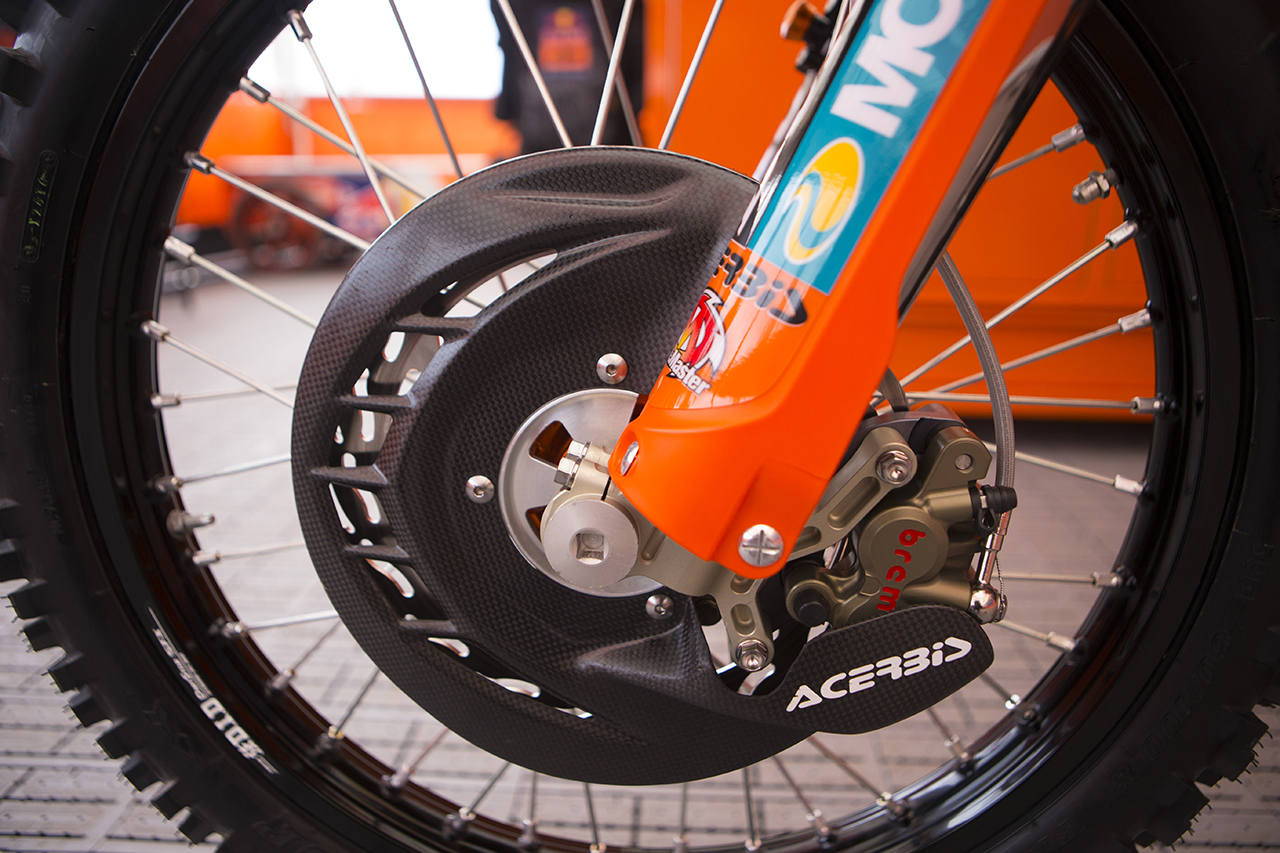 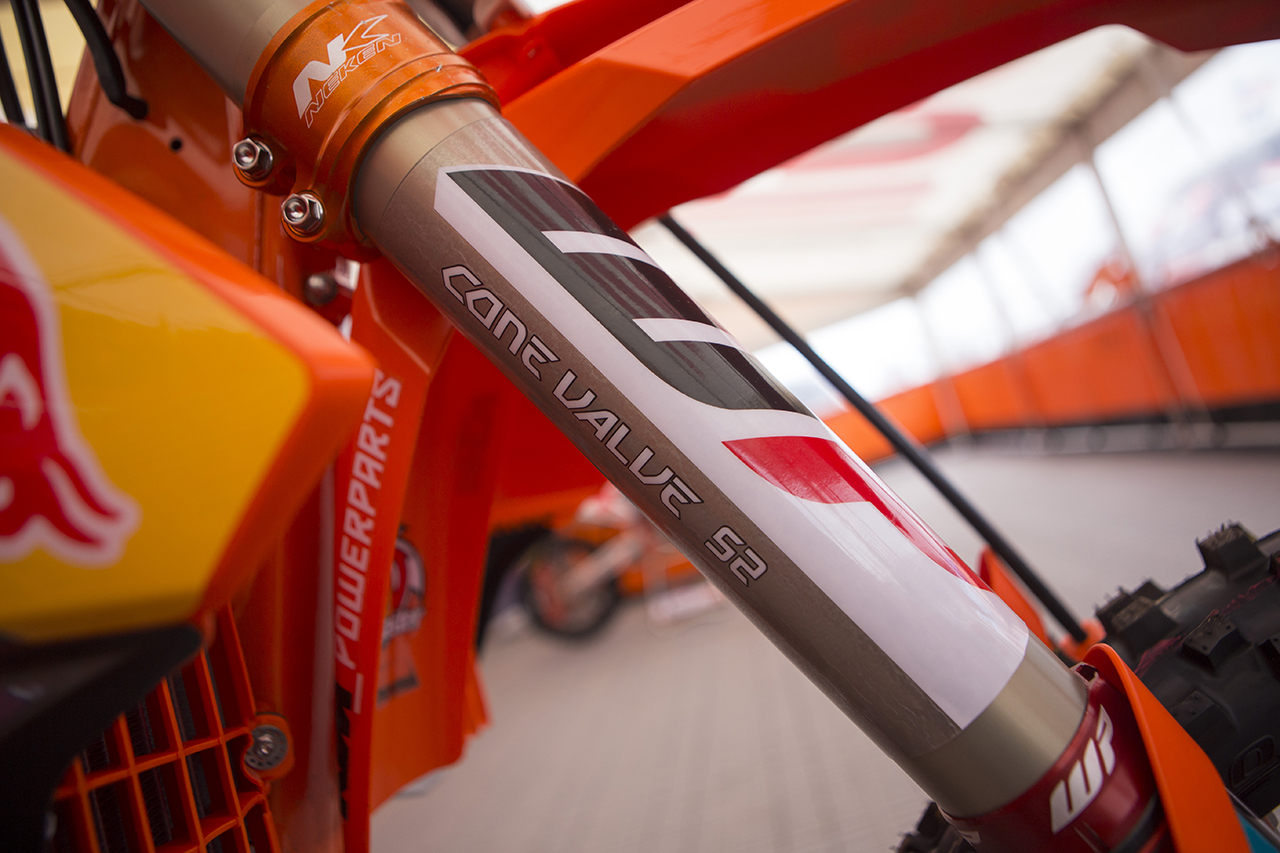 This caught our eye. The KTM 450SXF comes stock with the all new WP AER 48 mm air forks. Dungey and Musquin are both using WP Cone Valve 52mm front forks in supercross. 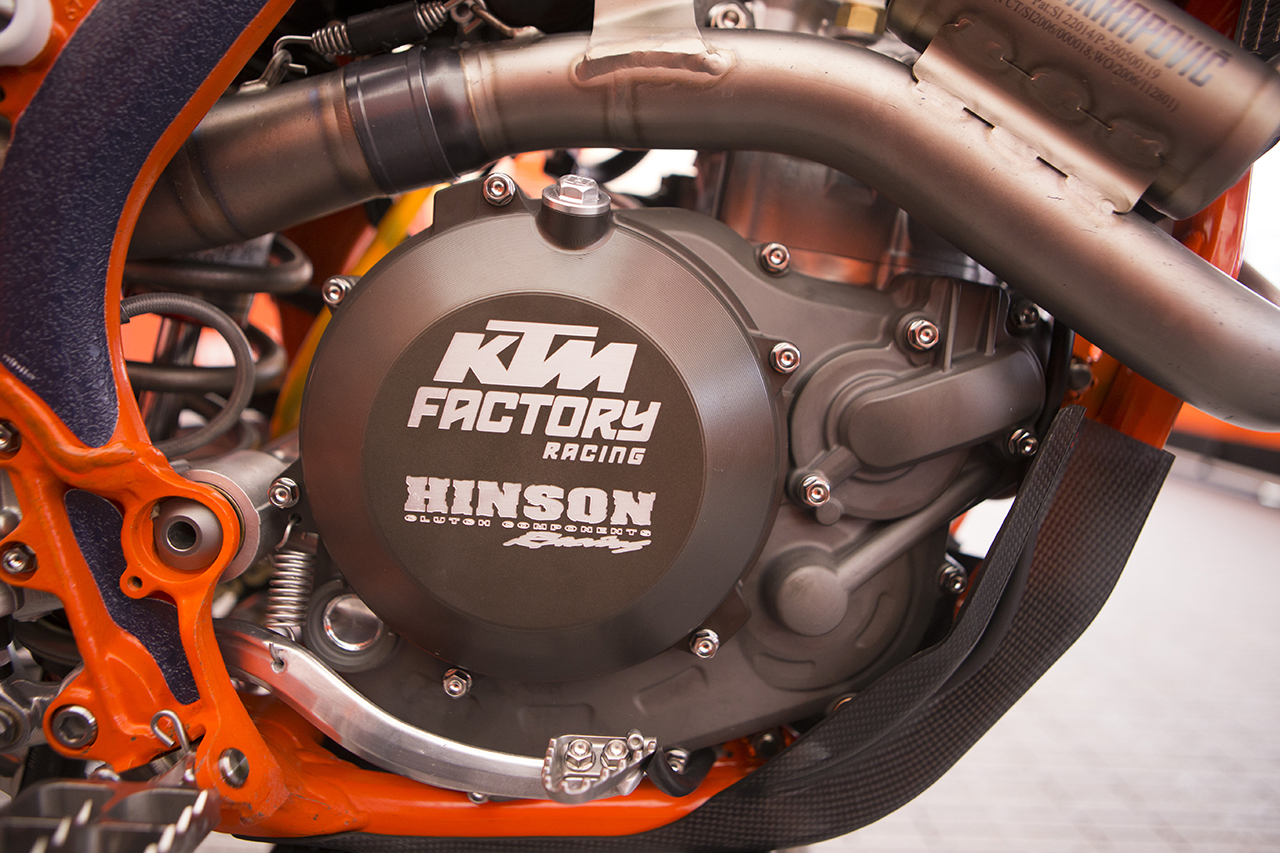 Taking in the beauty of a factory KTM engine can leave your back hurting from leaning over to see all the cool parts. 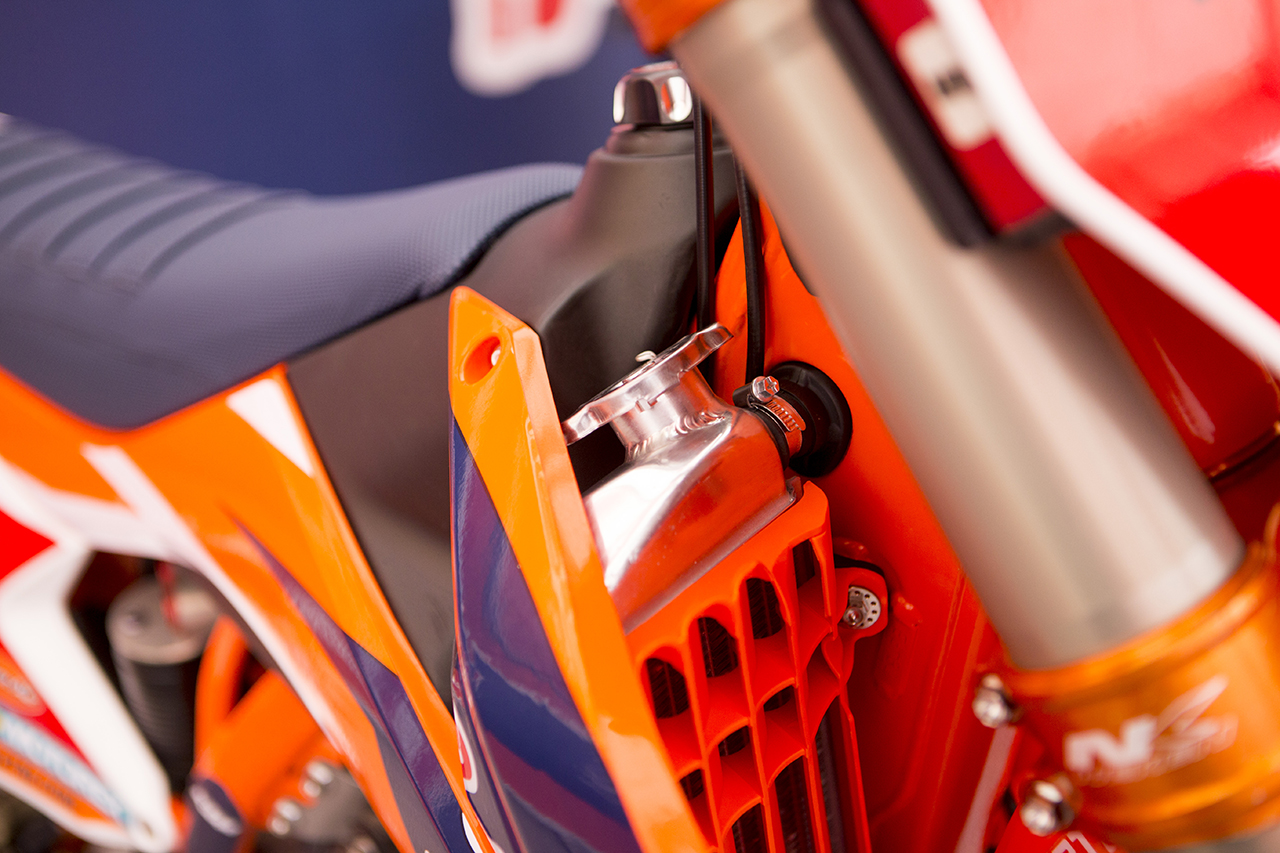 Factory radiators with an almost seamless weld to the spicket. 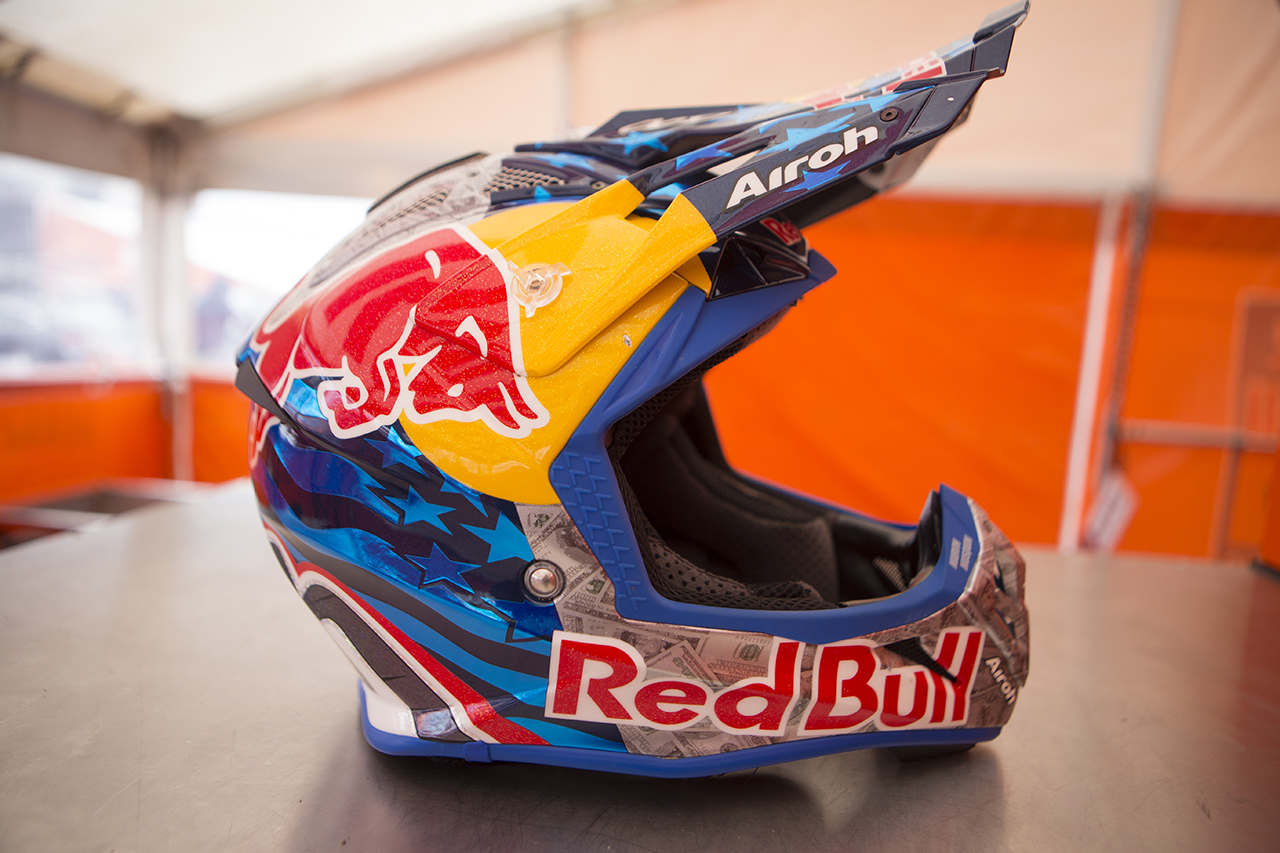 Not only are each of the Red Bull helmets unique in design to their athlete, no one can purchase them. They are truly one of a kind. 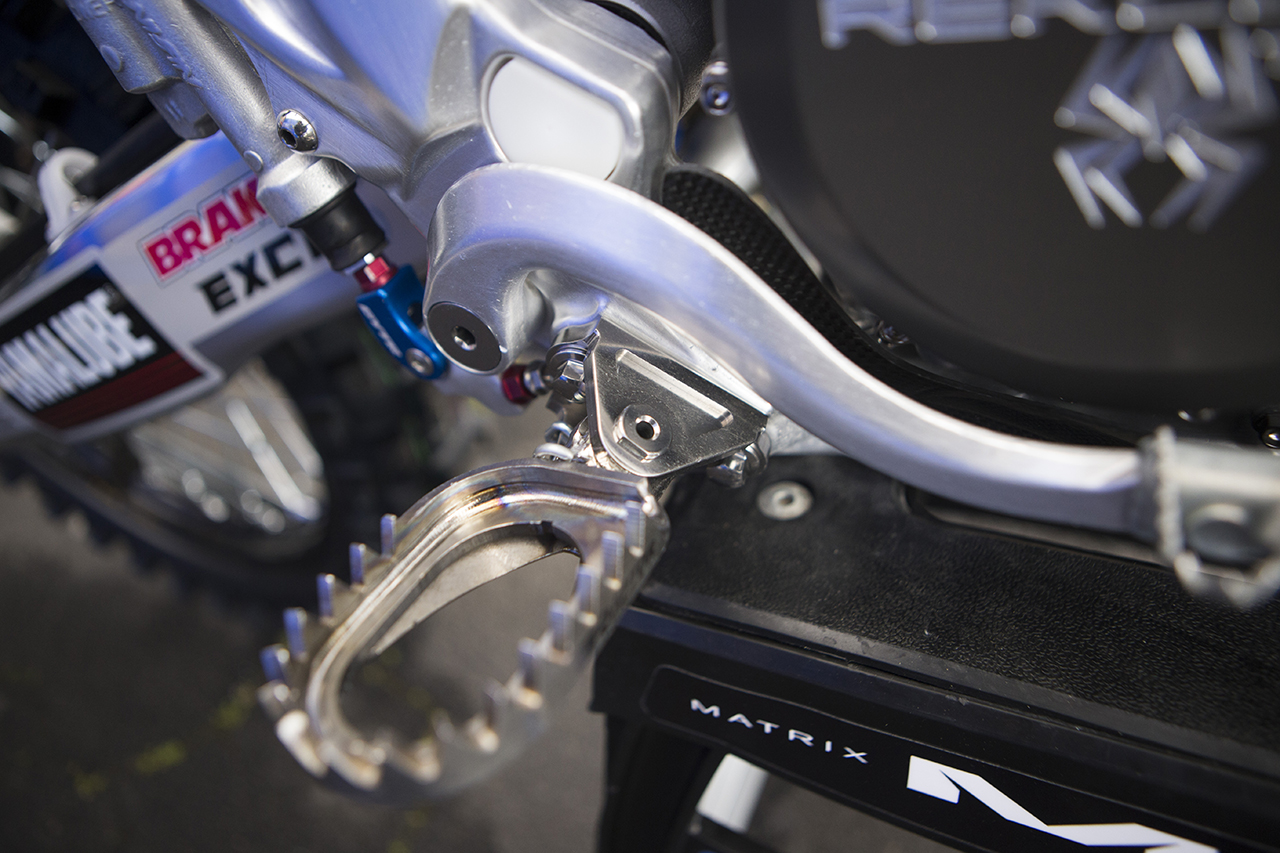 The Star Racing Yamaha bikes feature a ton of cool pieces like this peg and bracket piece. 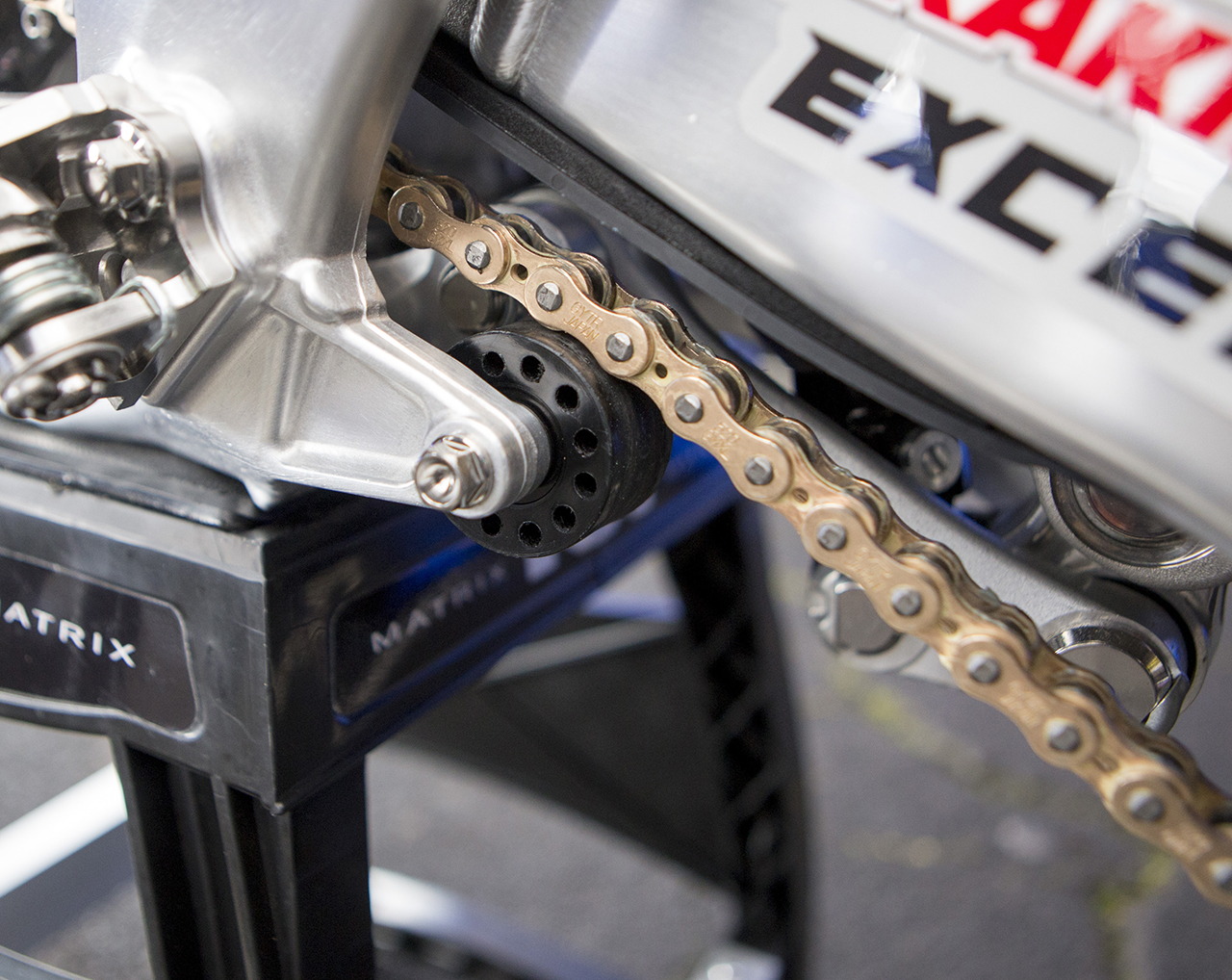 On a diet? Just bore some holes in your chain sliders. Every little bit adds up. 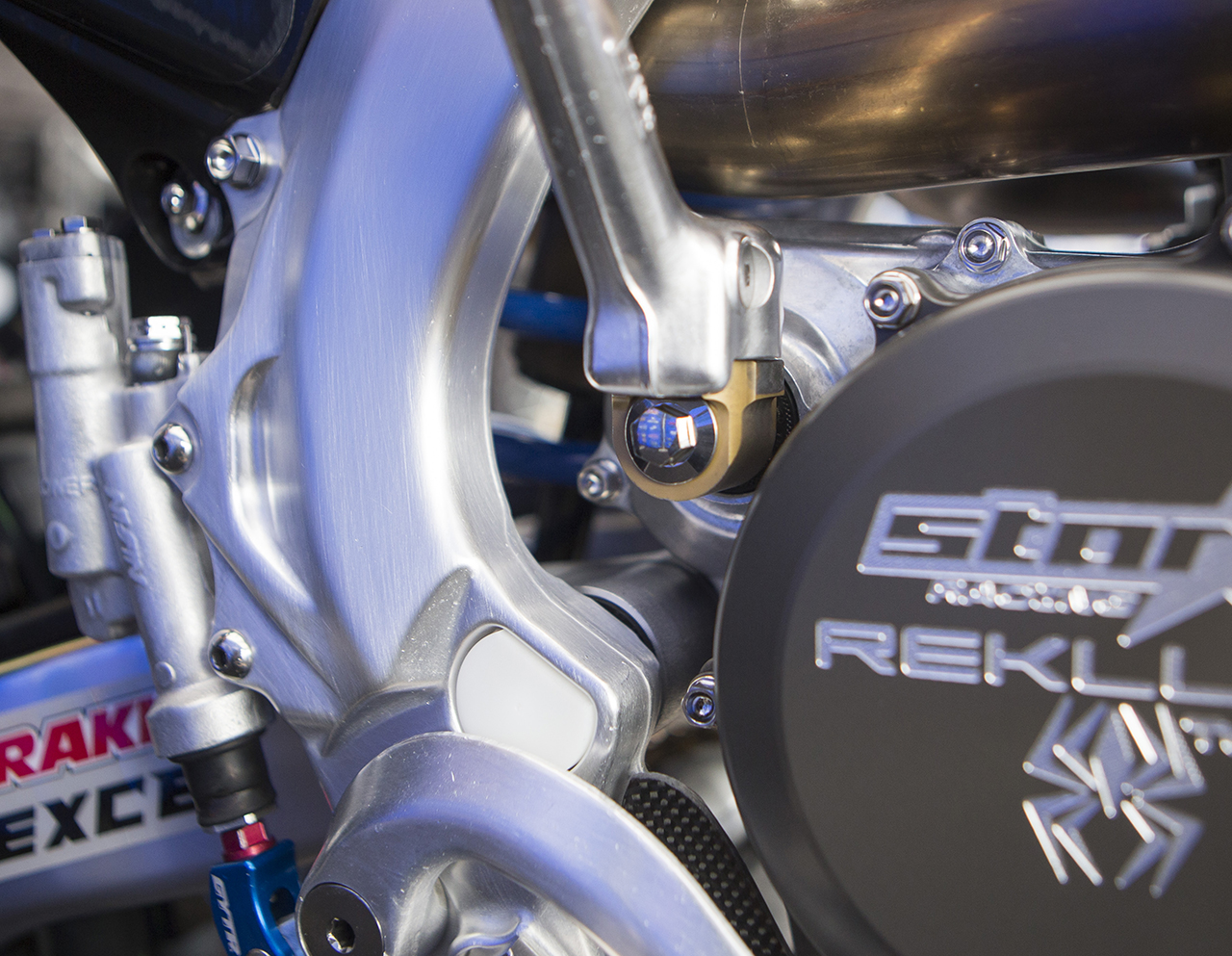 This kickstart looks fairly normal until you look at where it is mounted and see the color difference. The bronze piece is actually titanium. This on Reardon and Plessinger’s Factory Star Racing Yamaha YZ250Fs. 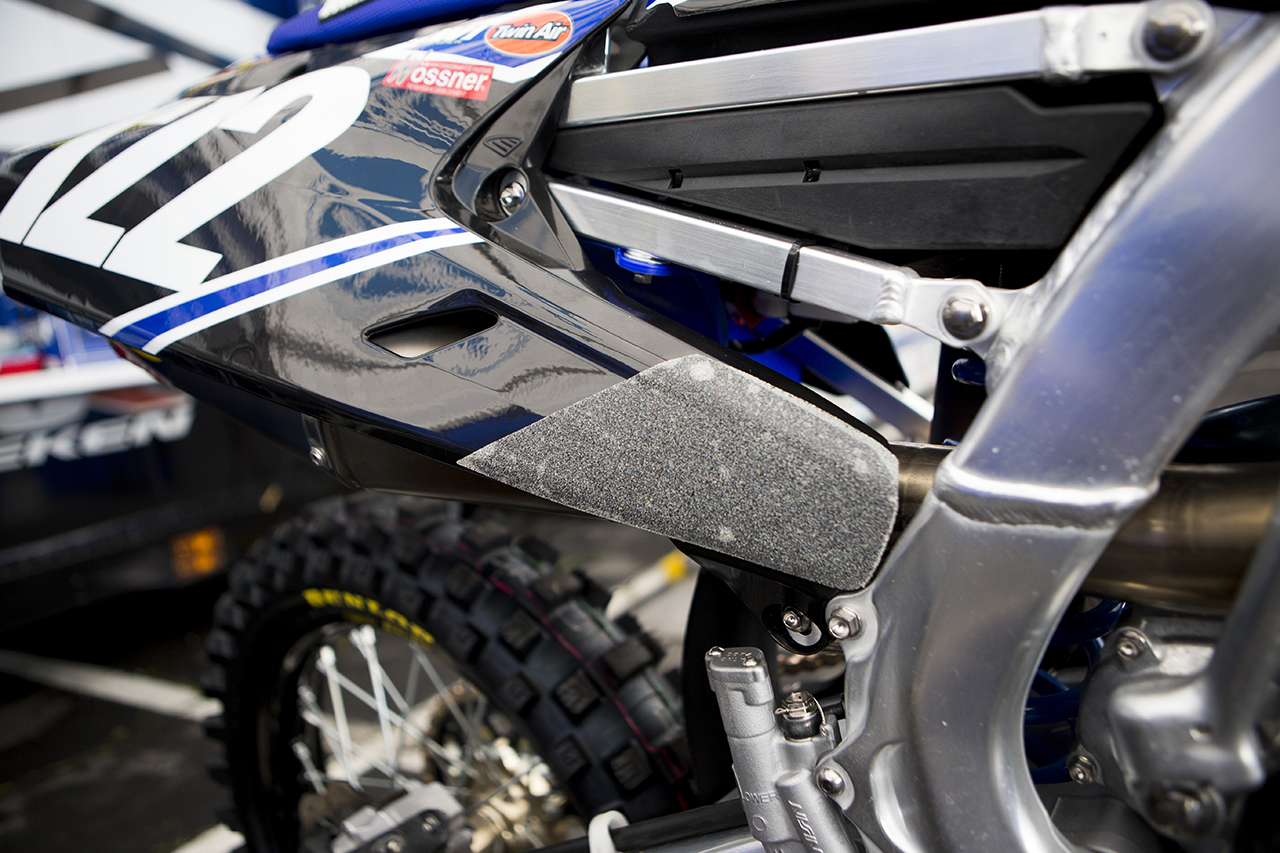 Reardon uses grip tape on his Factory Yamaha while Plessinger does not. 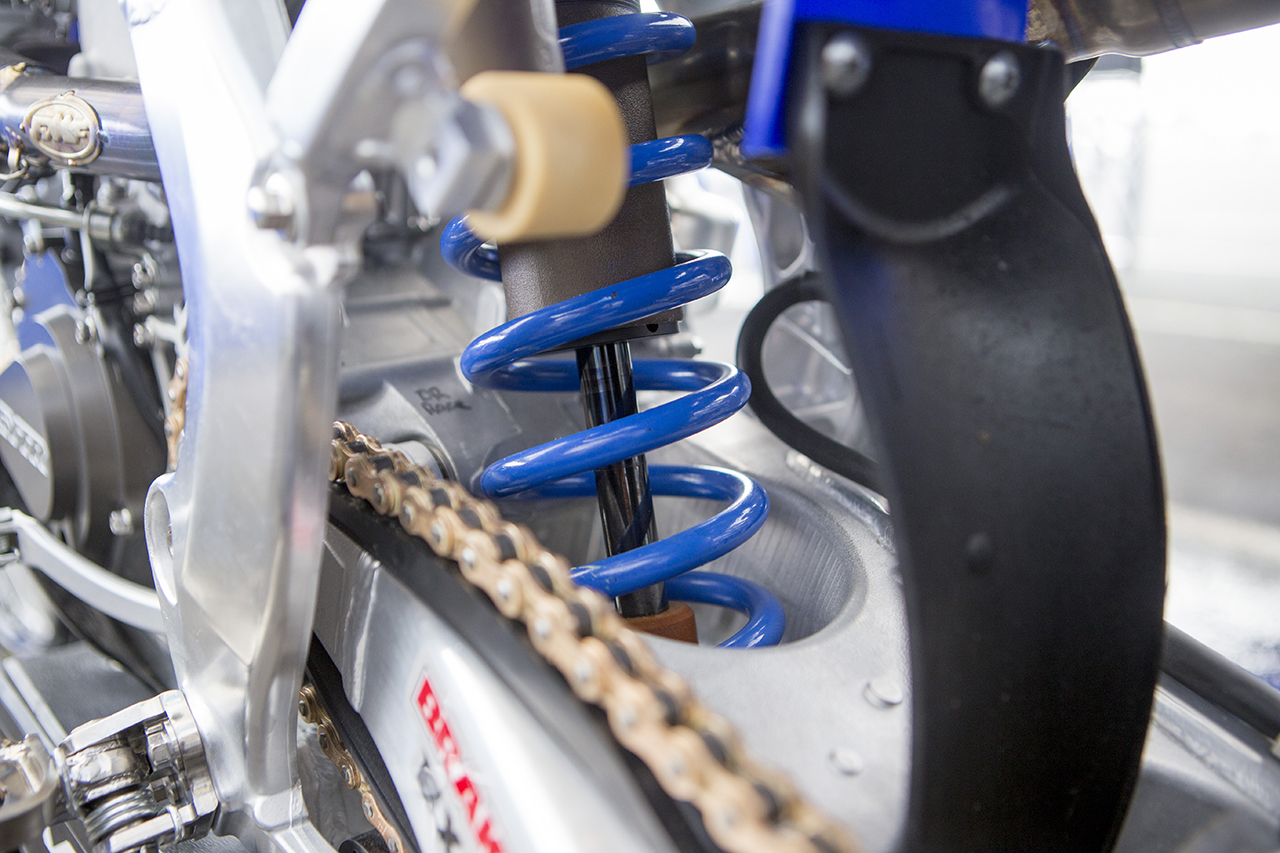 Plessinger and Reardon differ in shock springs on their YZ250Fs. 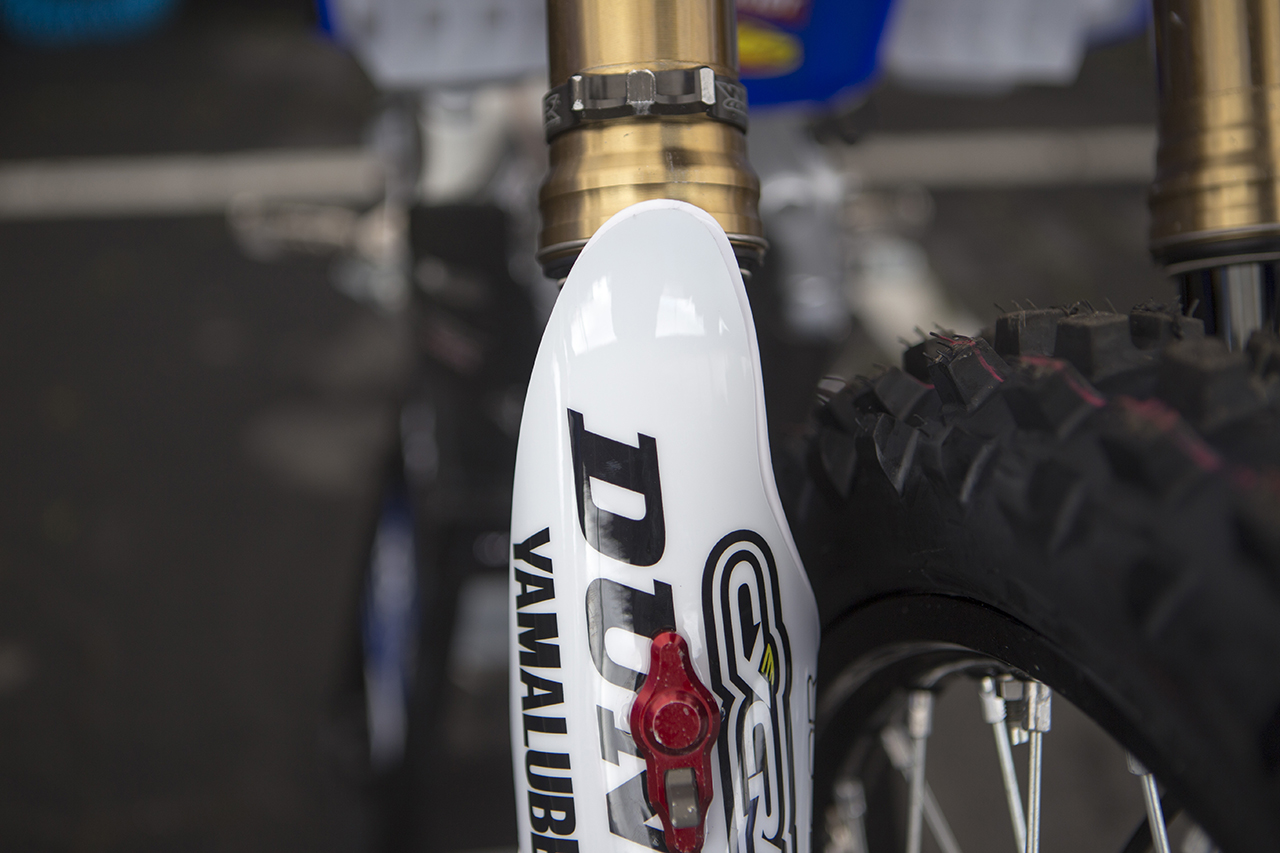 Both Star Racing bikes feature a Works Connection holeshot device. What differs is the distance from the clip and button. The mechanics explained it is based on a rider preference and how low they want the front end to squat on the starting gate. 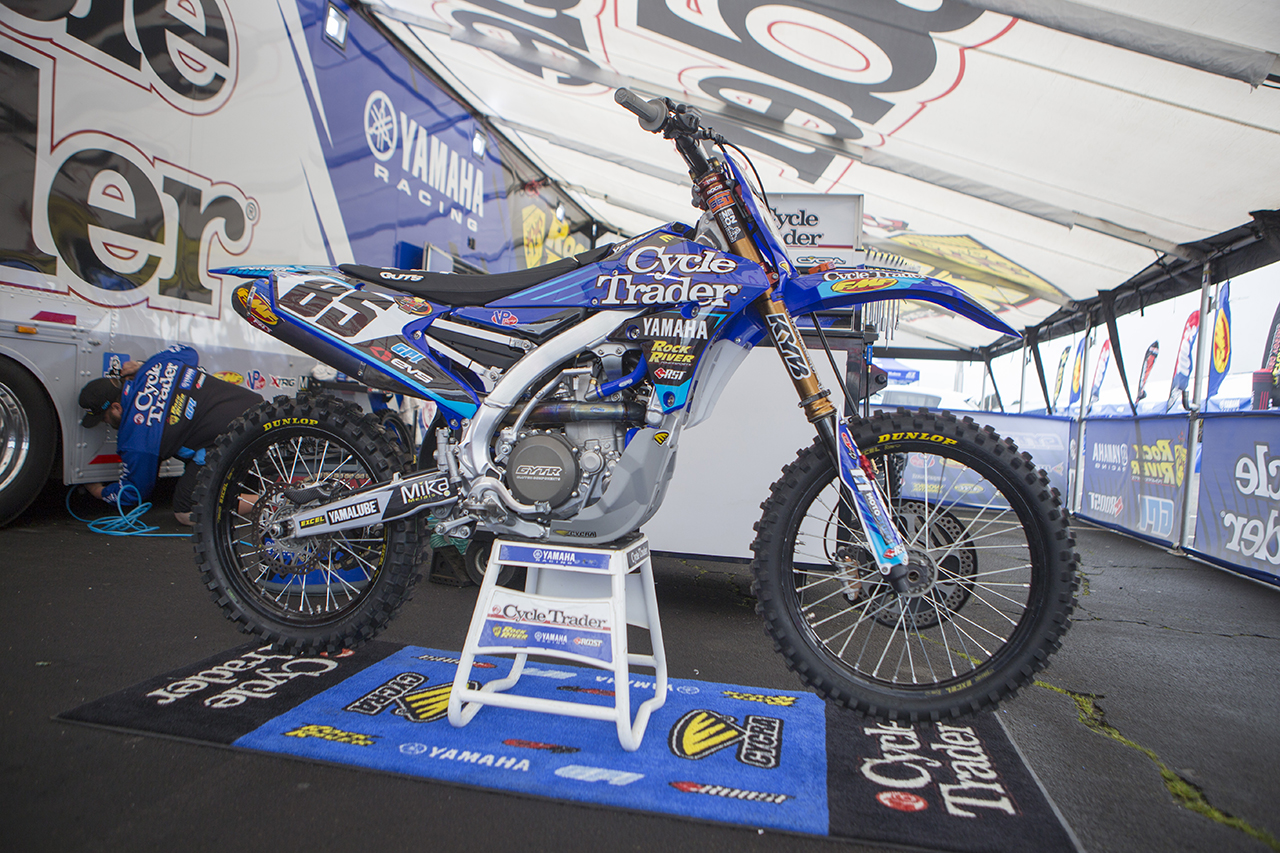 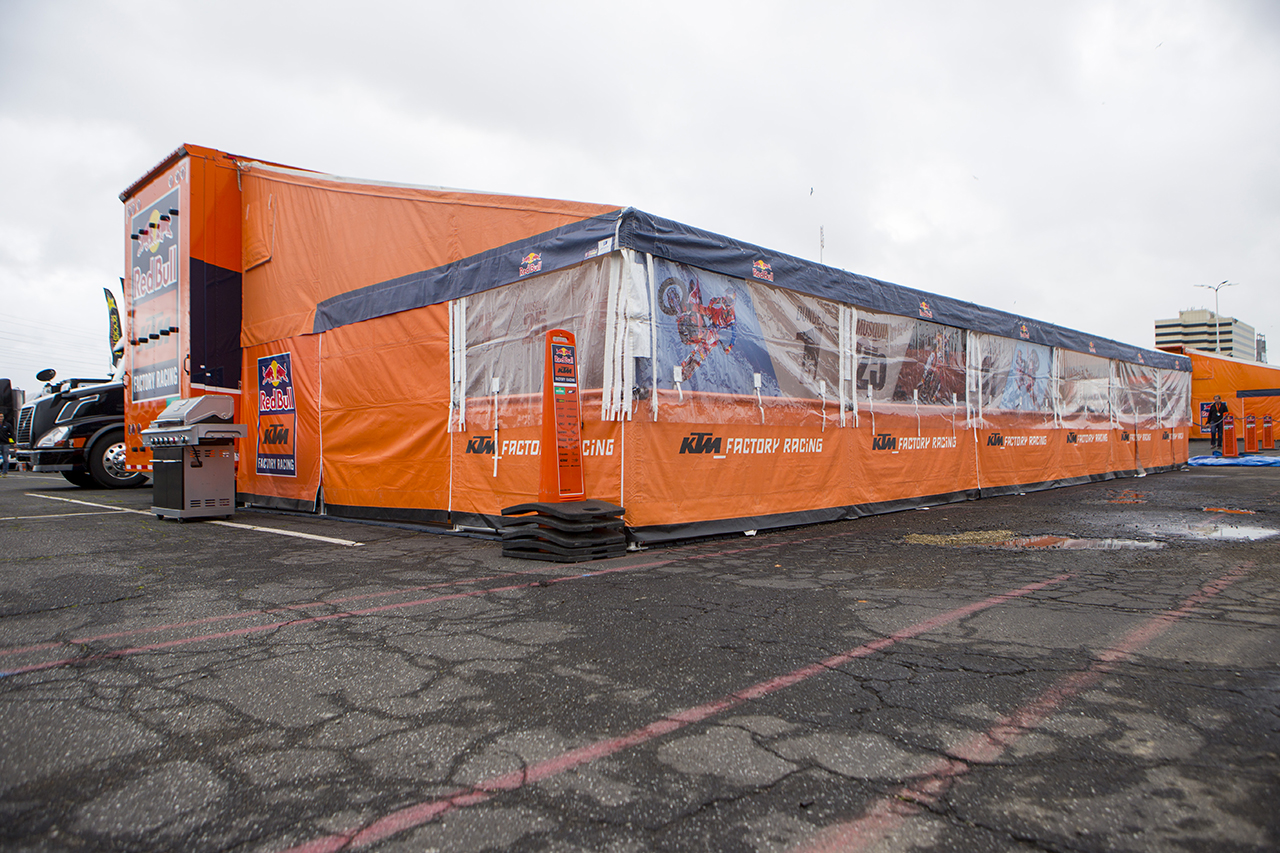 Hey where is everyone?! With on/off rain conditions in the pits, KTM had their bikes out of the elements in Oakland. 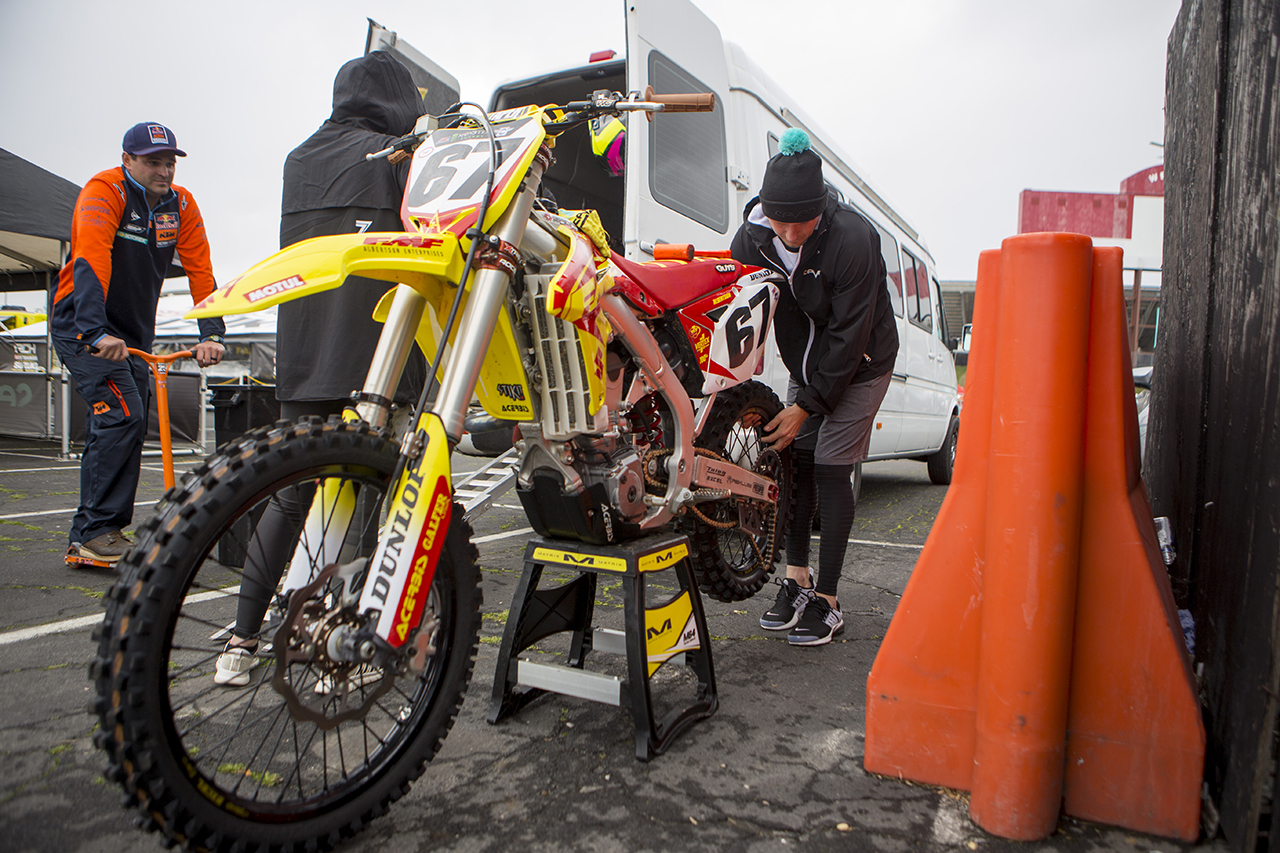 Privateer Jimmy Albertson talking with Jade Dungey in midst of a tire change. 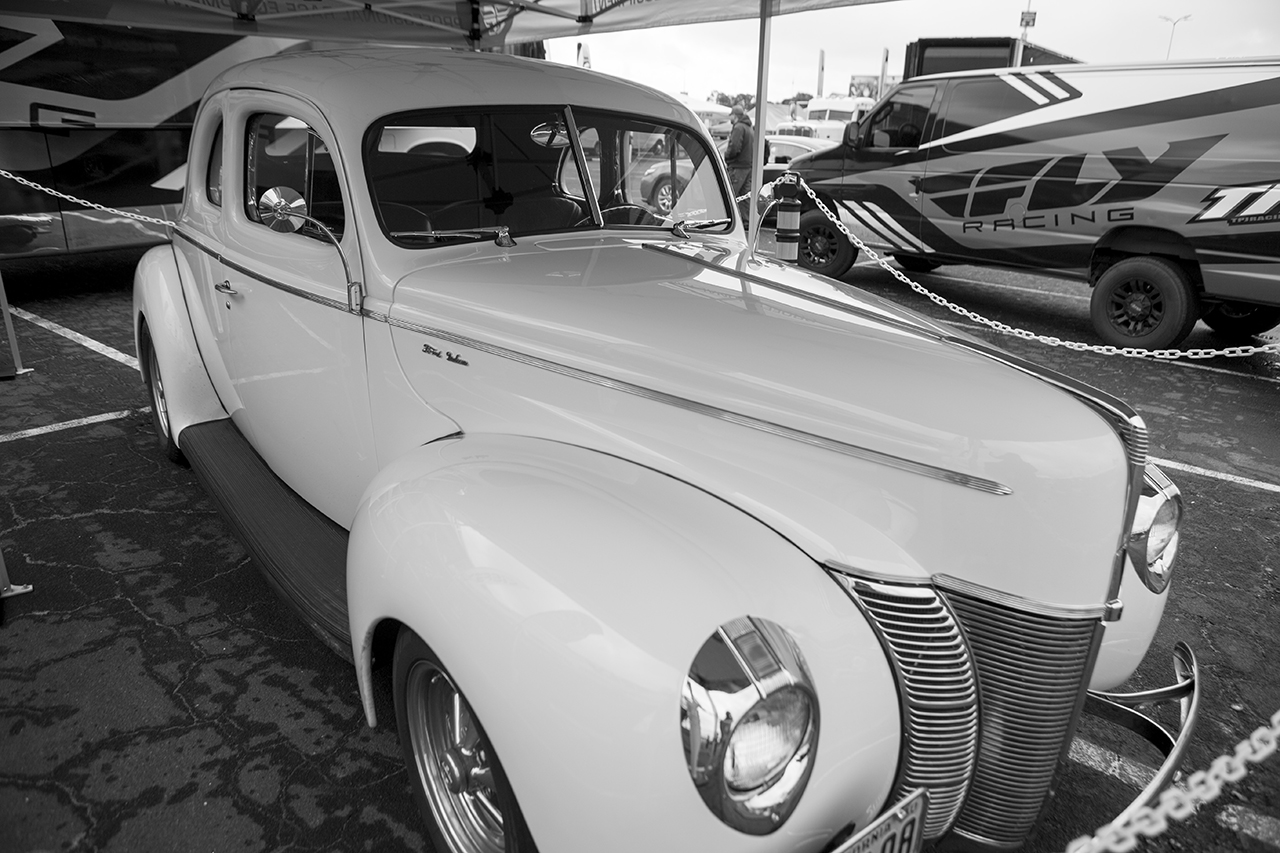 Not a dirt bike but pretty cool anyways. A 1940 Ford Deluxe in the pits of Teddy Parks Racing privateer support set up. 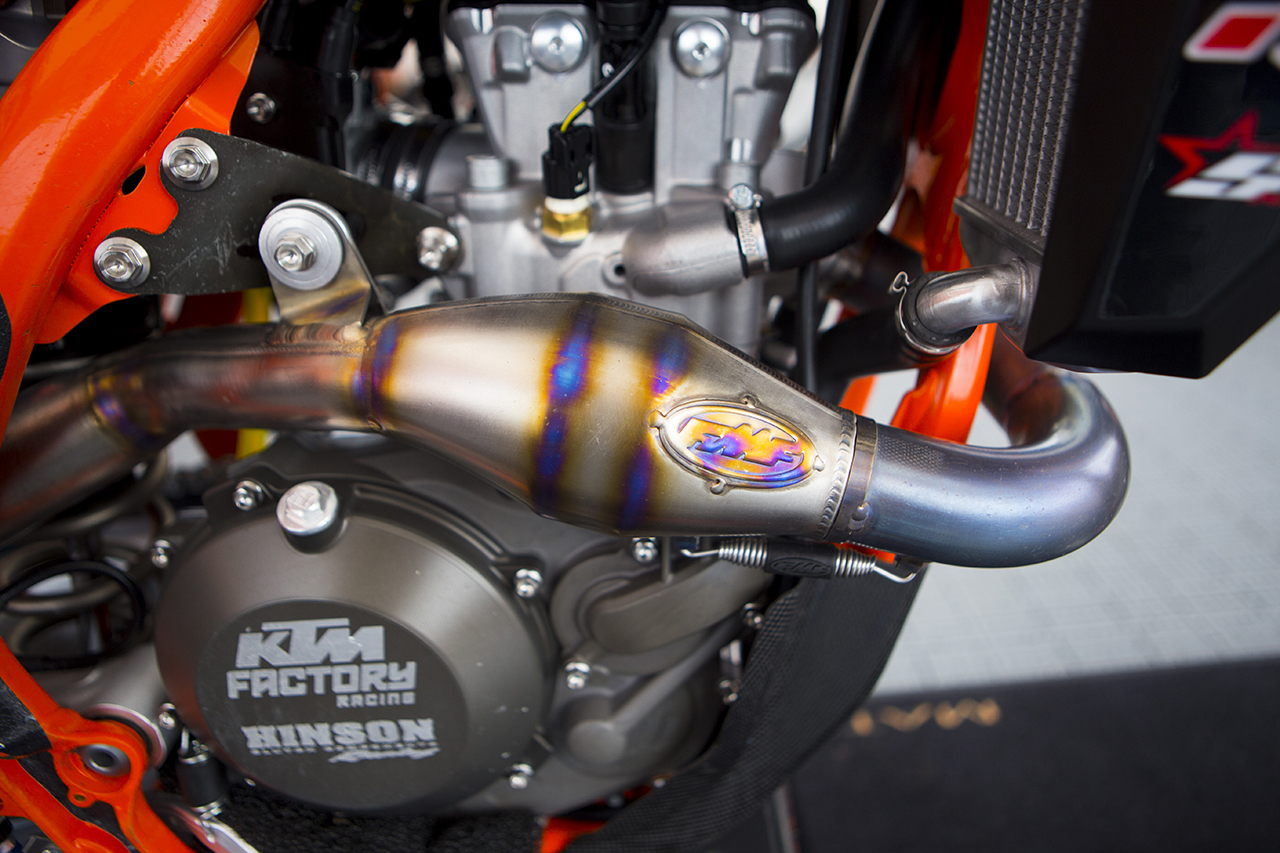 Titanium is just awesome. FMF exhaust off the bike of Blake Baggett and mechanic Nathan Alexander. 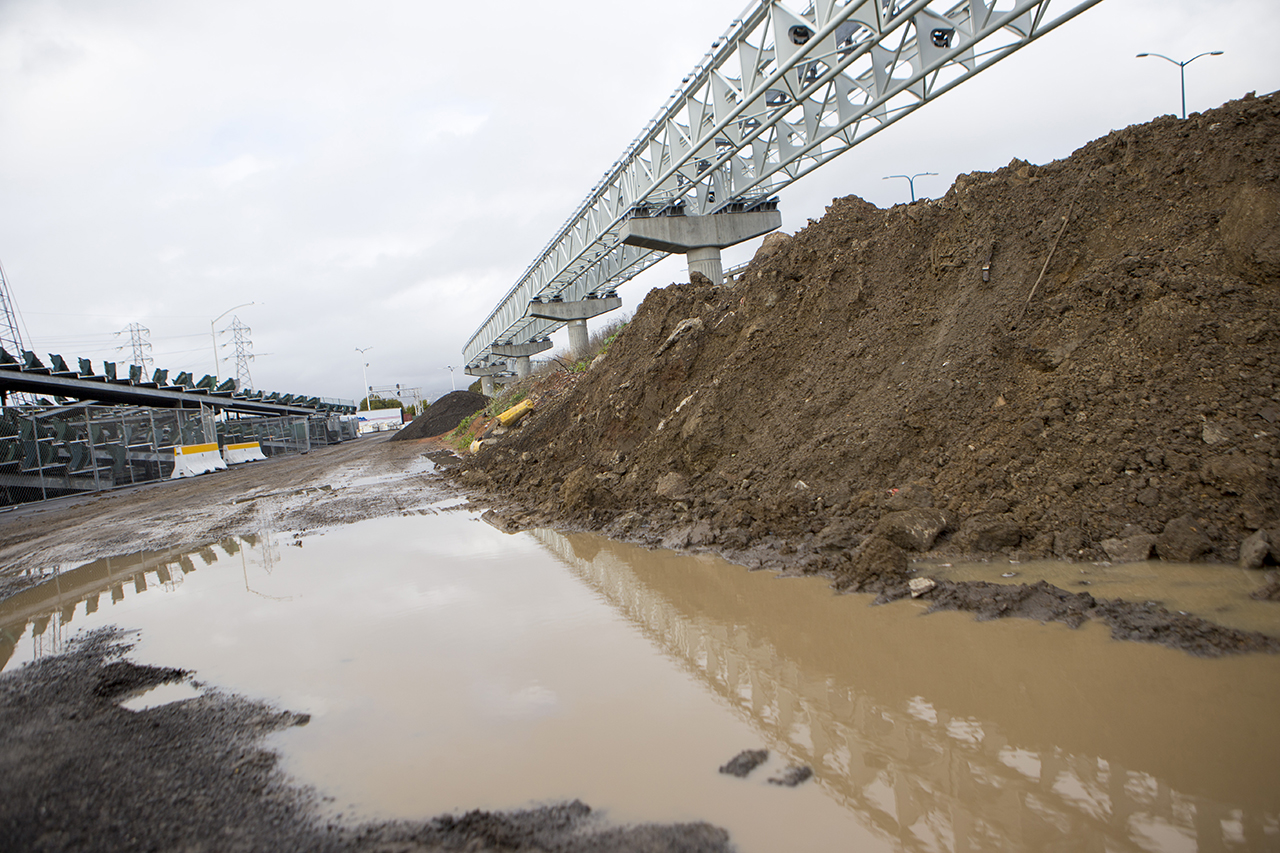 You can see here how much rain the Oakland area has received in the last 48 hours. We have no doubts the track will be in prime condition for racing with the Dirt Wurx crew on hand. These guys have already saved a couple races from being mudders this seasons.