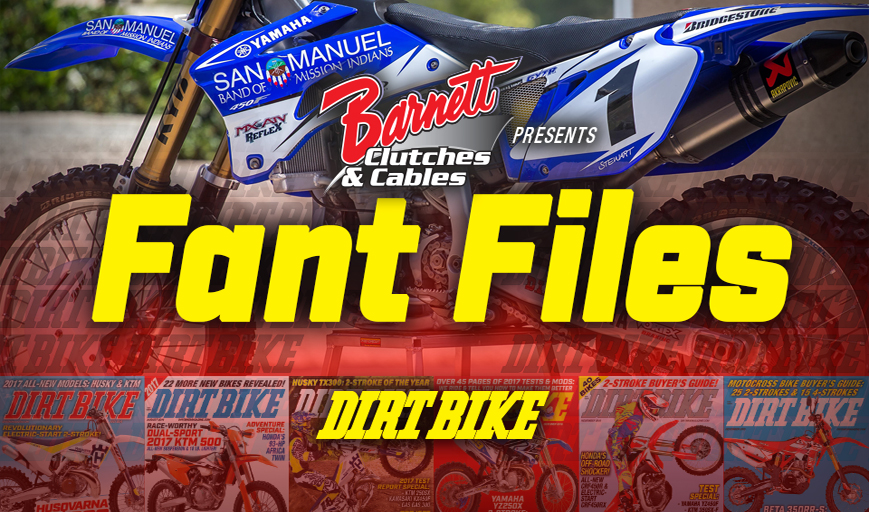 In 2009 James Stewart and Chad Reed brought a lot of heat to the Supercross season. The two would battle the entire length of the season and brought millions of fans to their feet each weekend. We were fortunate enough to come across James’s 2009 Championship winning Yamaha at Tom White’s Early Years of Motocross Museum. 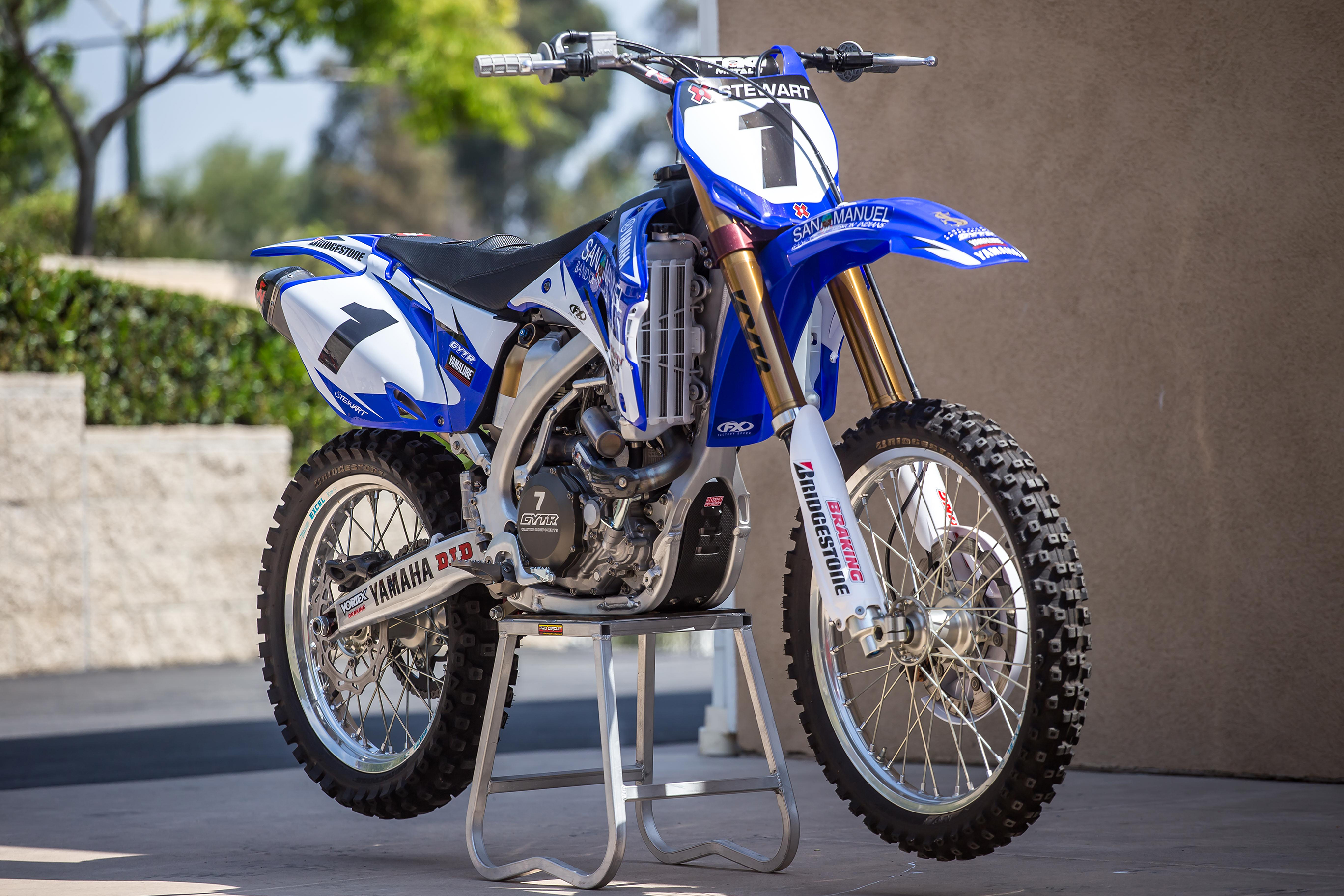 In 2009 James Stewart was able to win 11 Supercross Main Events on this bike shown here. This was his 2nd best year following a career best in 2007 with 13 wins. 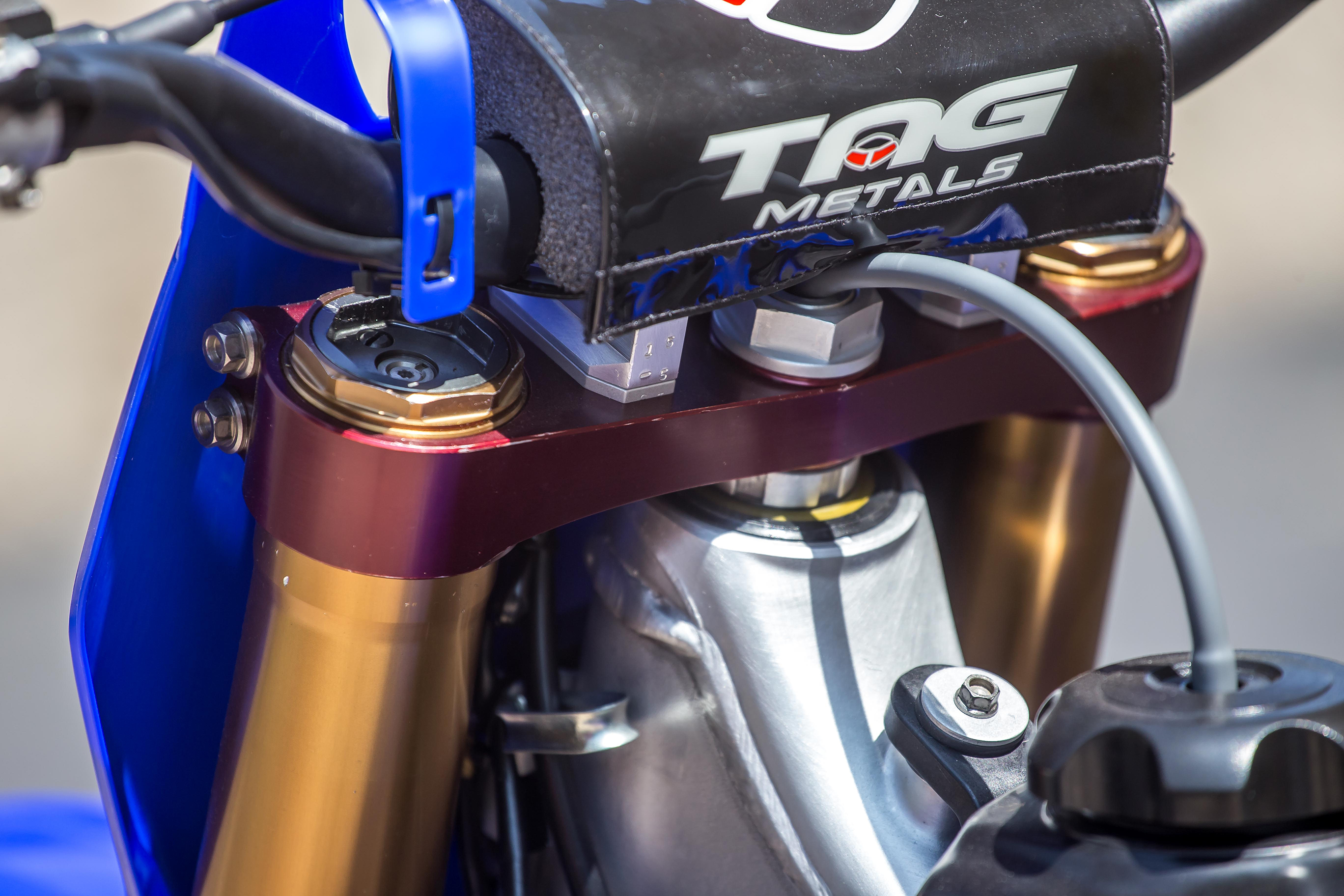 Tag handlebars with factory triple clamps and bar mounts were just some of the trick items on the championship bike. 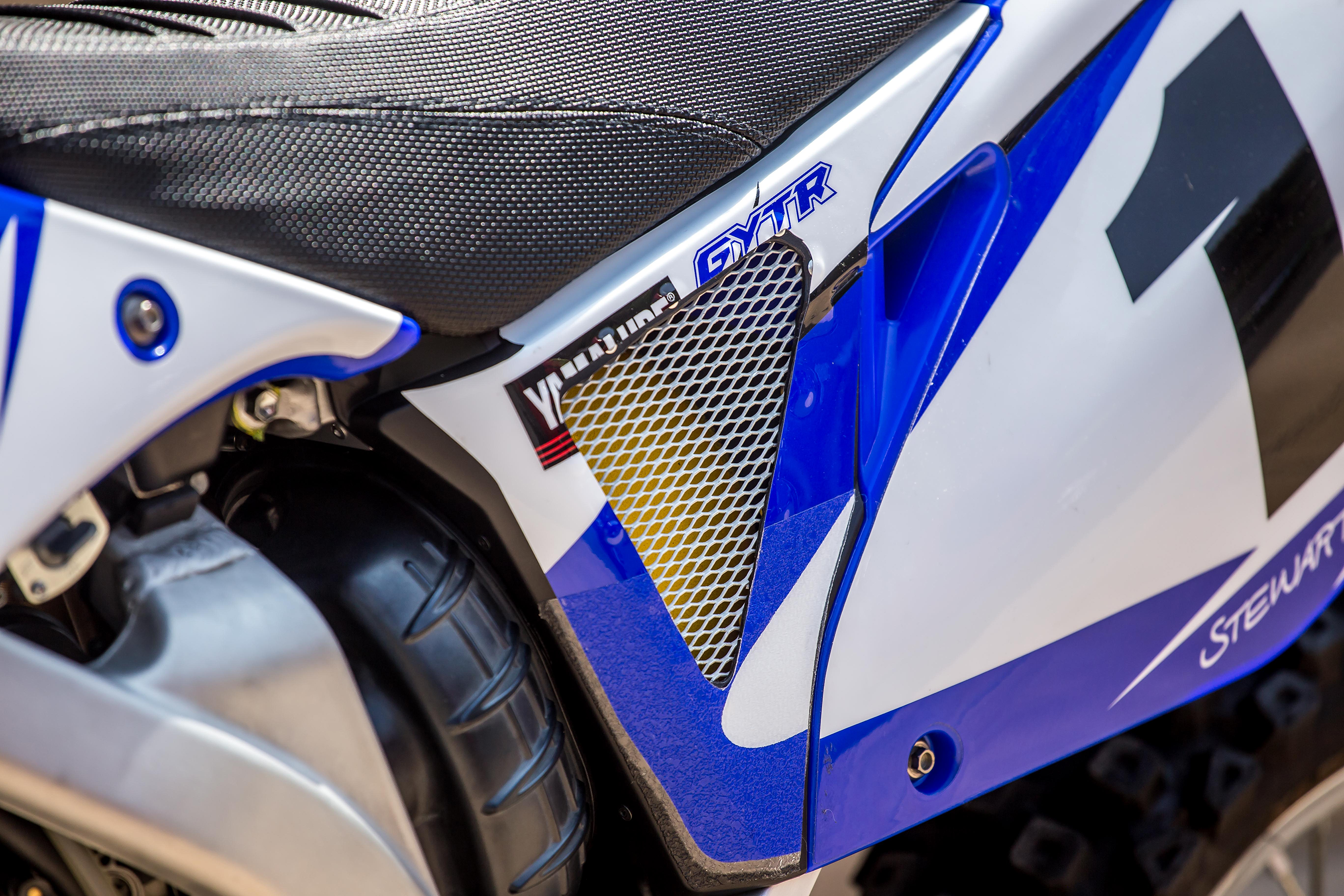 A wire mesh cut out on the side panel of Jame’s bike to get more air flow. 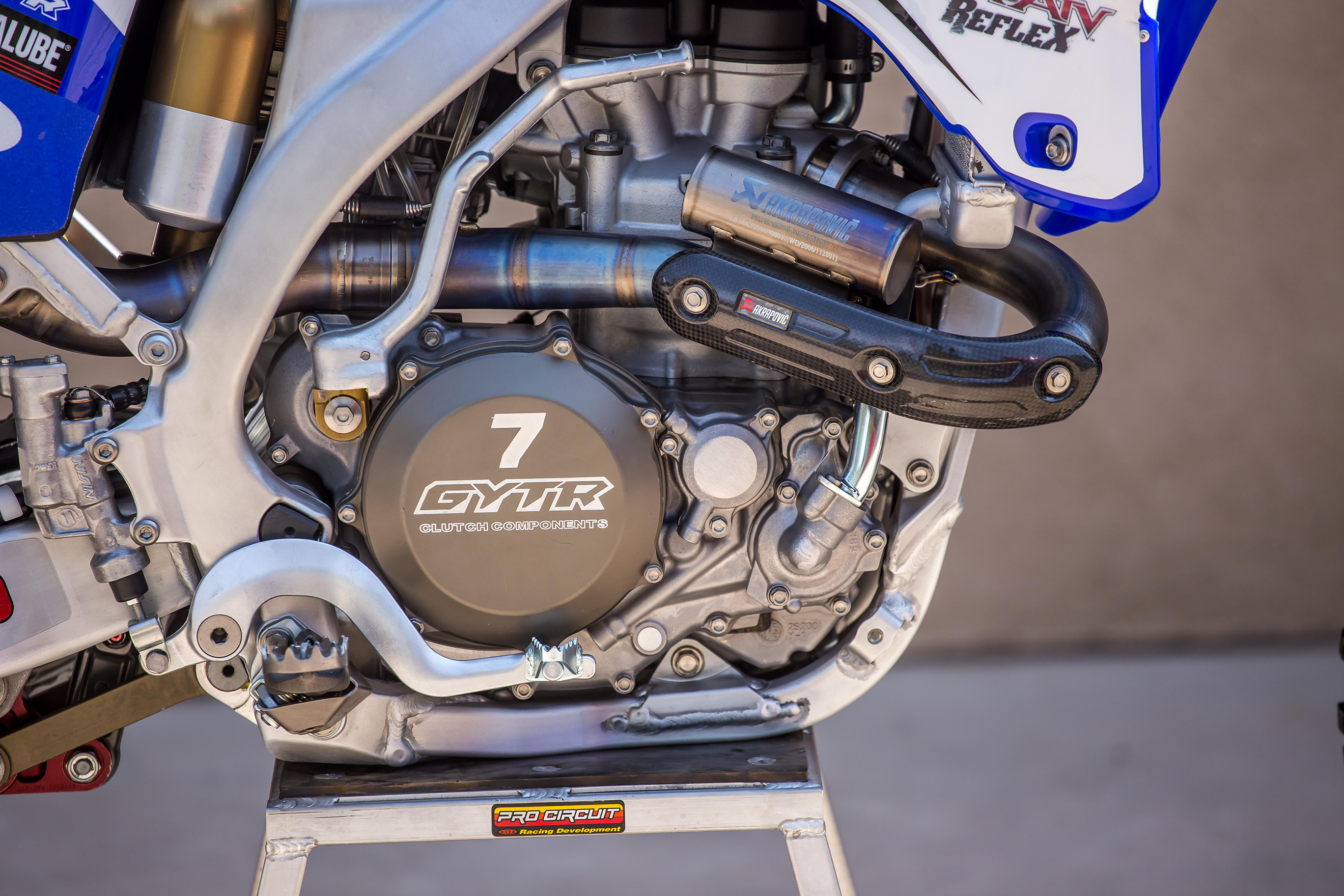 2009 seems like decades ago but this bike would still be considered insanely fast if ridden today. GYTR components, Akrapovic exhaust with carbon end cap, factory made foot peg guards, and different rear shock link including the dog bone shown. 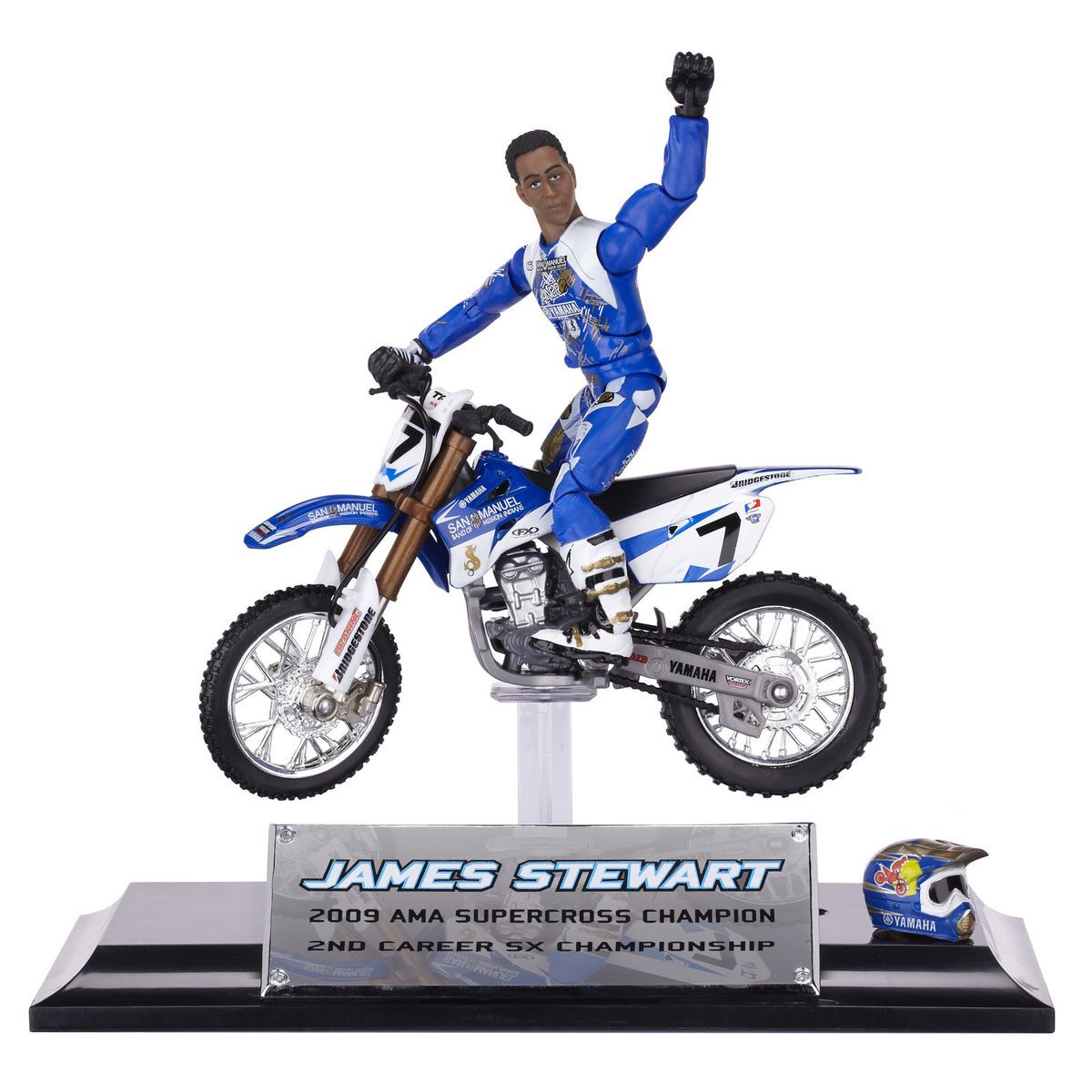 In 2009 dirt bike toys were still very popular. Here sits a James Stewart replica toy sold after winning his championship. Don’t you wish you had one of these still in the plastic? 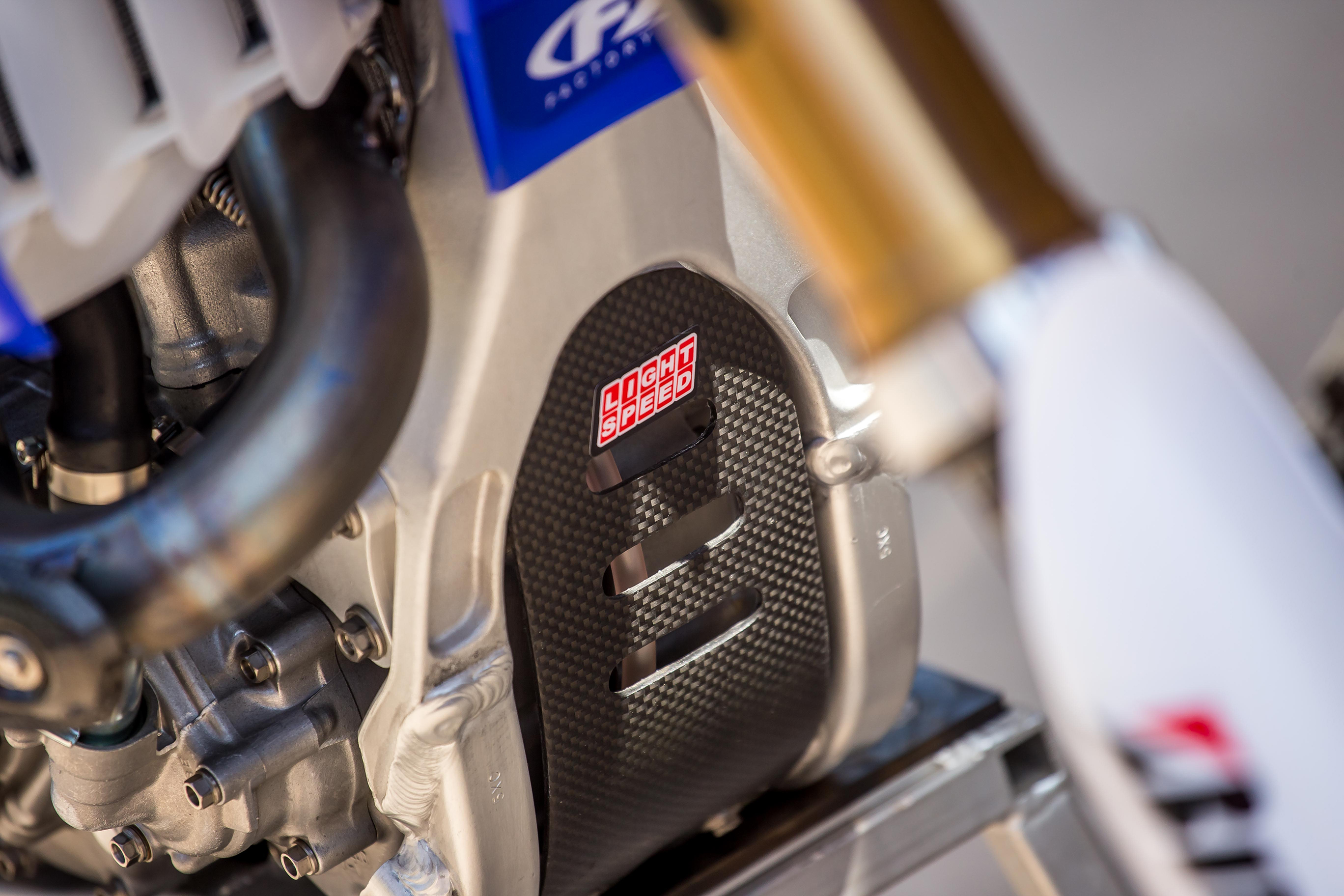 While managing to keep weight down the Yamaha YZ450F is littered with protective pieces like this Light Speed Carbon skid plate. 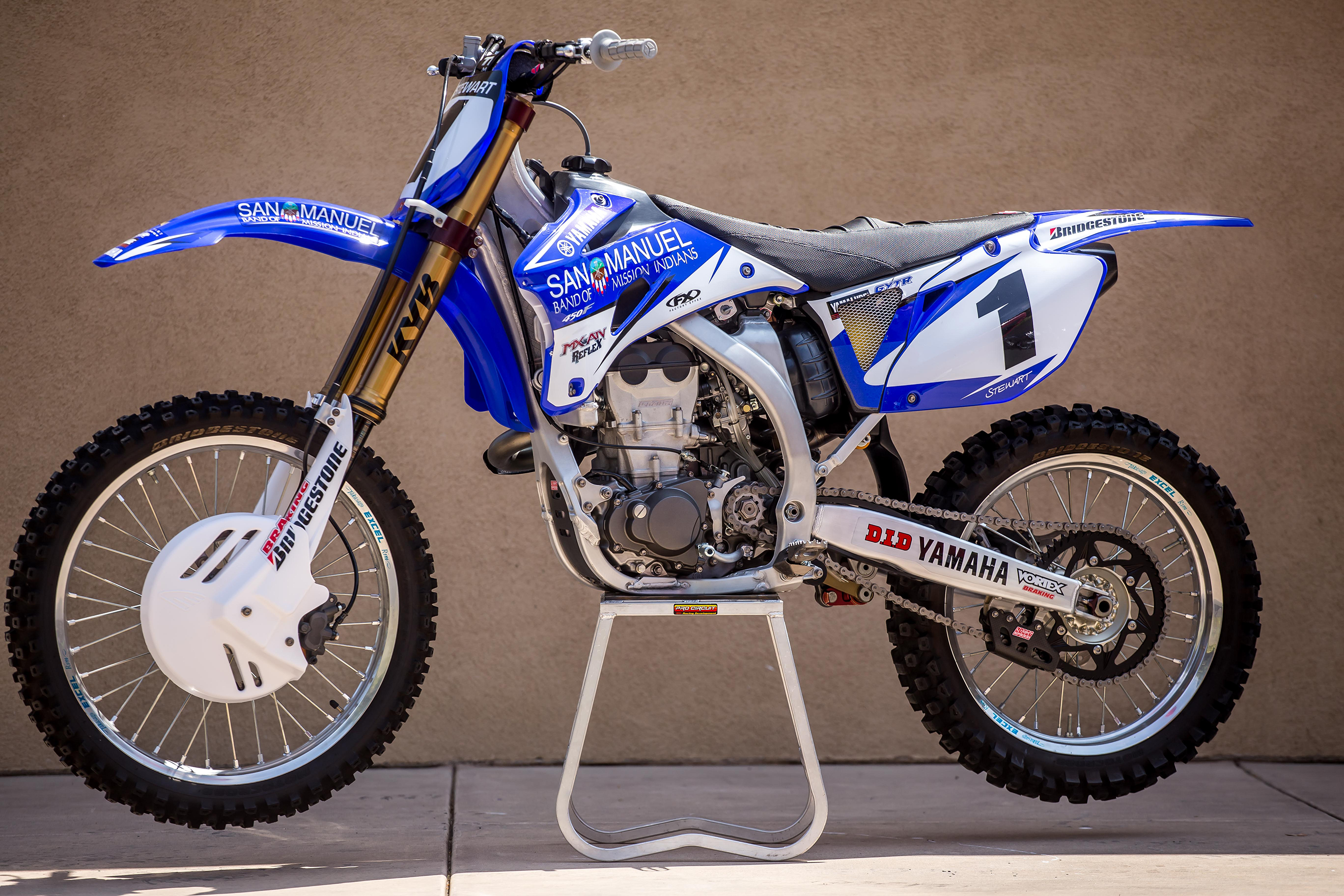 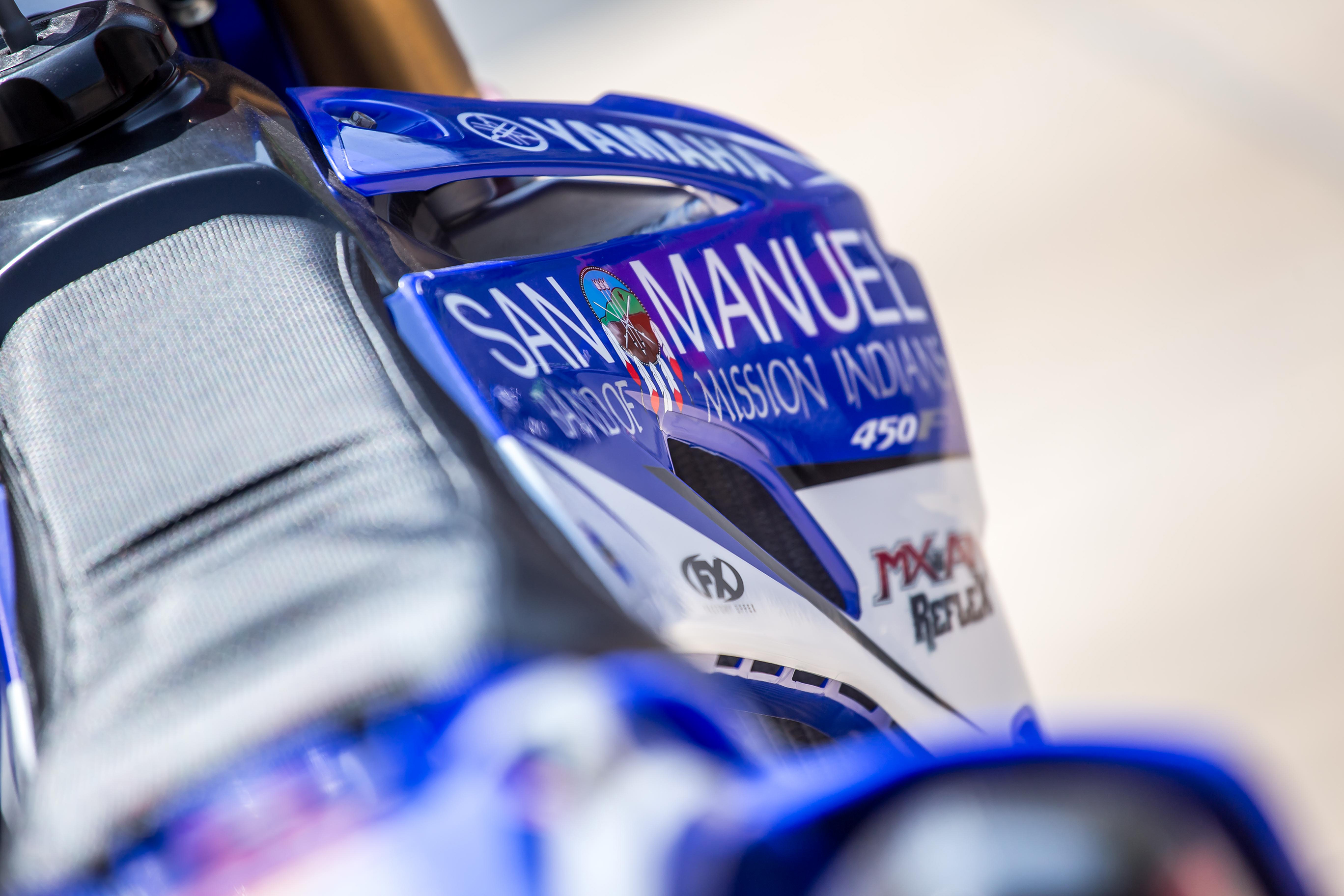 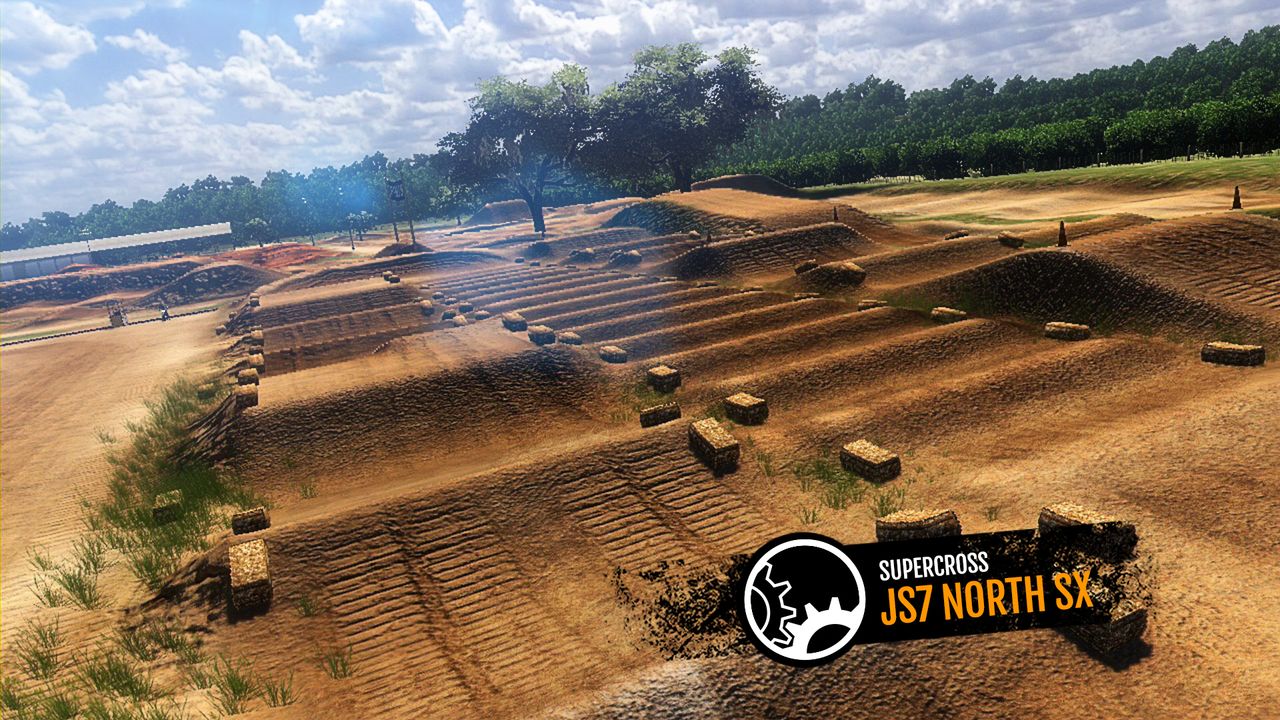 James has been on billboards, magazine covers, television, and anything in between. His house was even featured in a couple versions of the MX vs ATV video games. 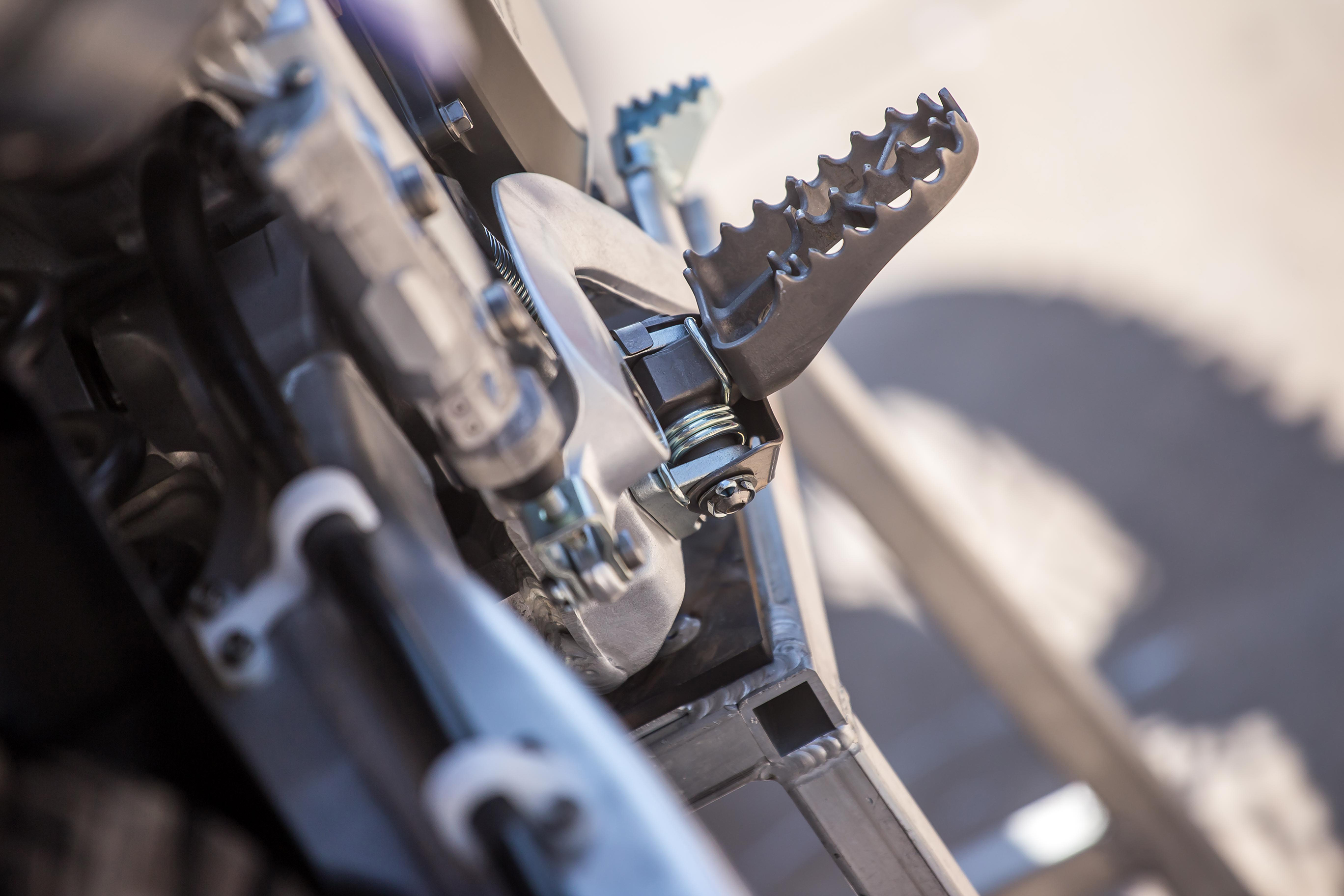 A close up of the over sized foot pegs on James’s bike including works guard and mounts. 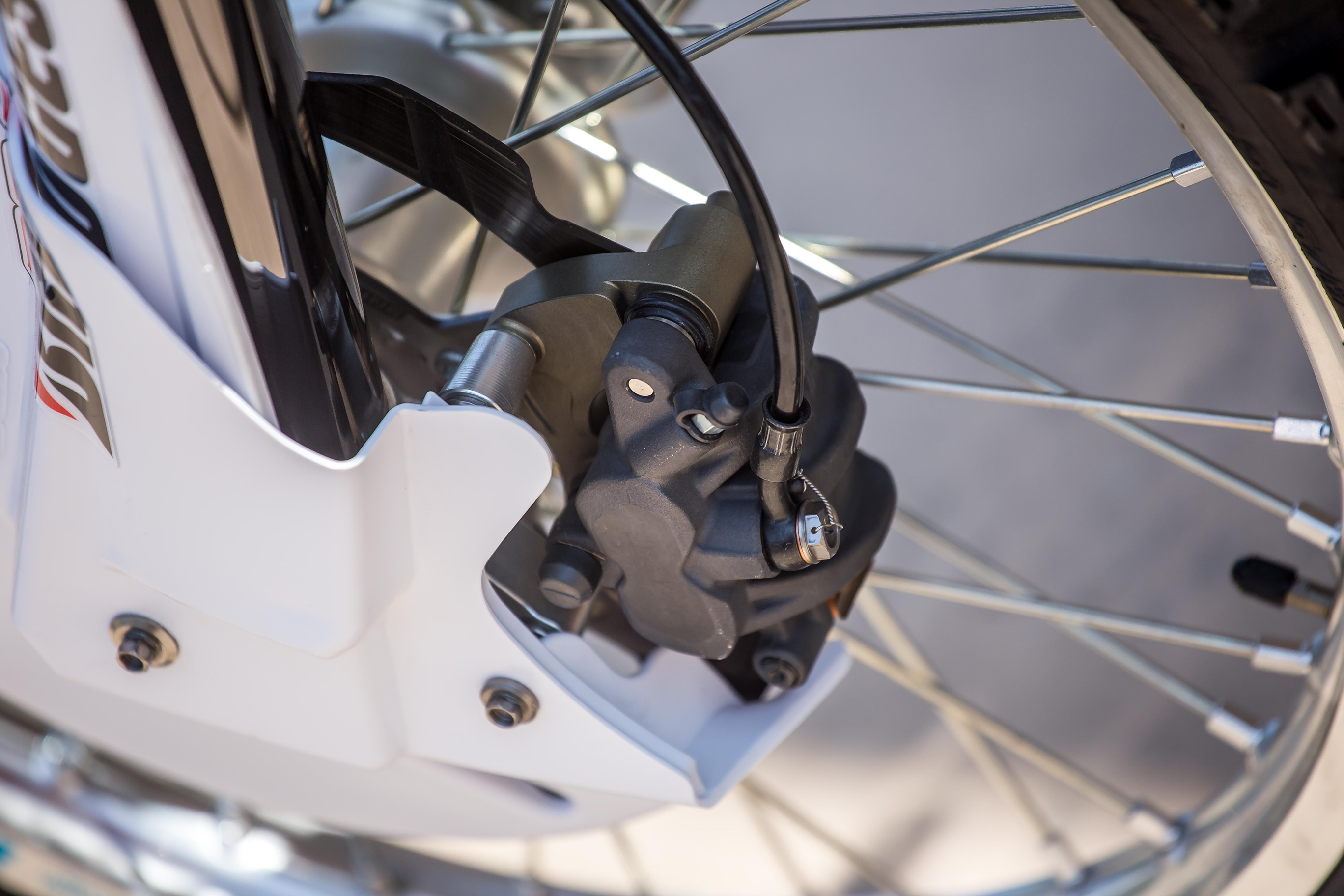 Here is James’s front caliper and over sized front rotor. This bike is a gold mine for trick factory parts made in 2009.

Jacksonville Supercross. This is where things really got heated up between James Stewart and Chad Reed. It was an all out battle to the very end. During the post race interviews James and Chad exchanged words off to the side. It remained on some of the season’s highlight reel the rest of the year.

At the end of the season James had no room for mistake. If Chad could make it happen, there was still a possibility for him to win the championship. Reed tried to make a move on James that would push him further back in the field but Stewart was calm and collected. He let Chad by and took the 2009 Supercross Championship in Las Vegas. 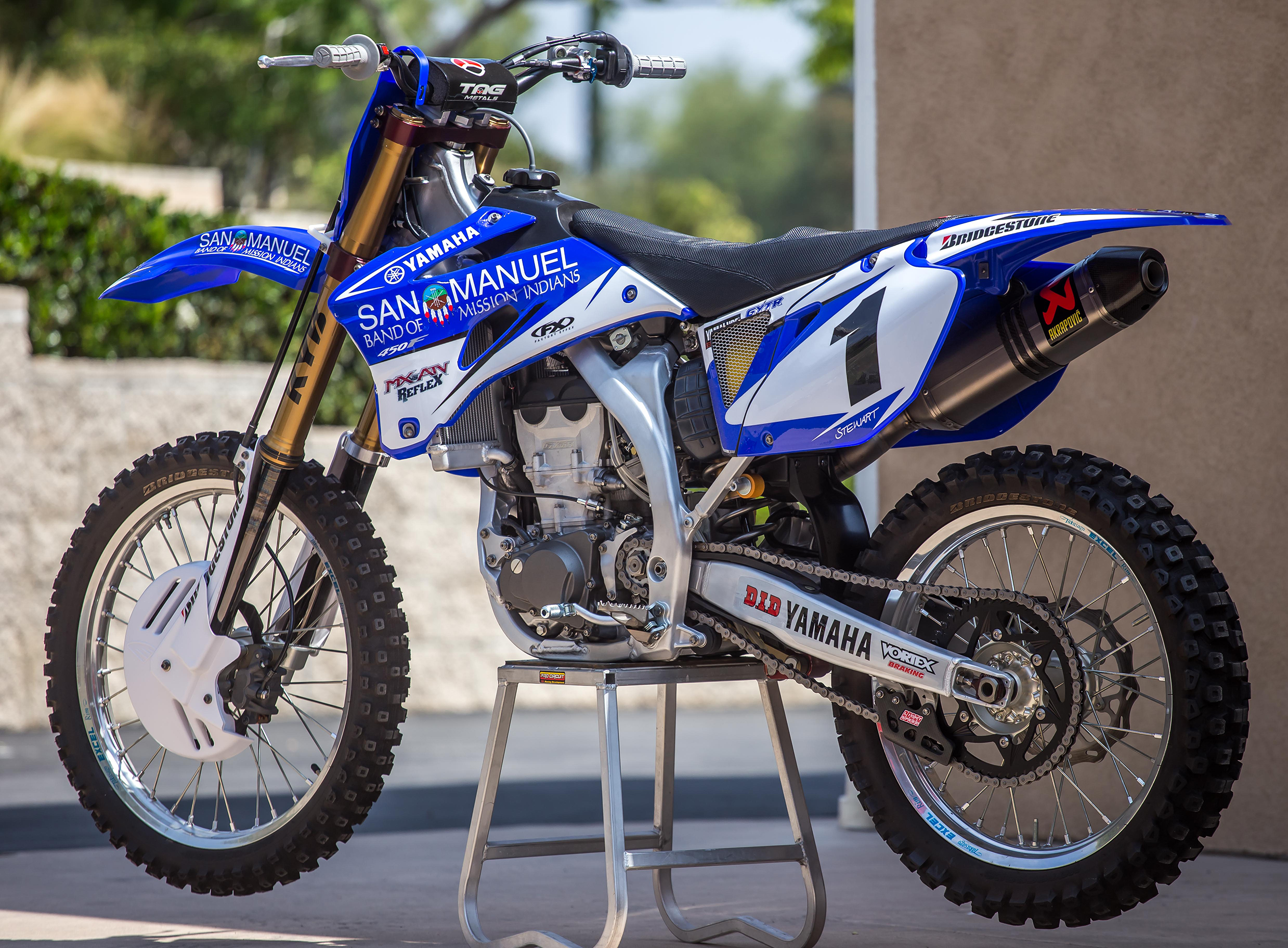 We aren’t too sure if James will come back to racing but this was definitely one of his best seasons in the 450 class. This very well might be the last bike ridden by James Stewart to win a Supercross championship.

BLAST FROM THE PAST: DAVID BAILEY MOTOCROSS DES NATIONS 1983

EXTREME ENDURO POV FROM THE MEGAWATT