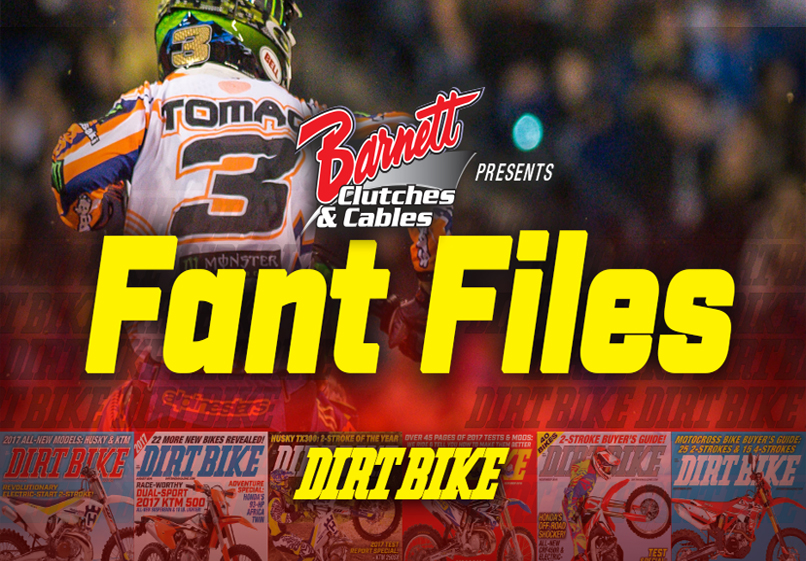 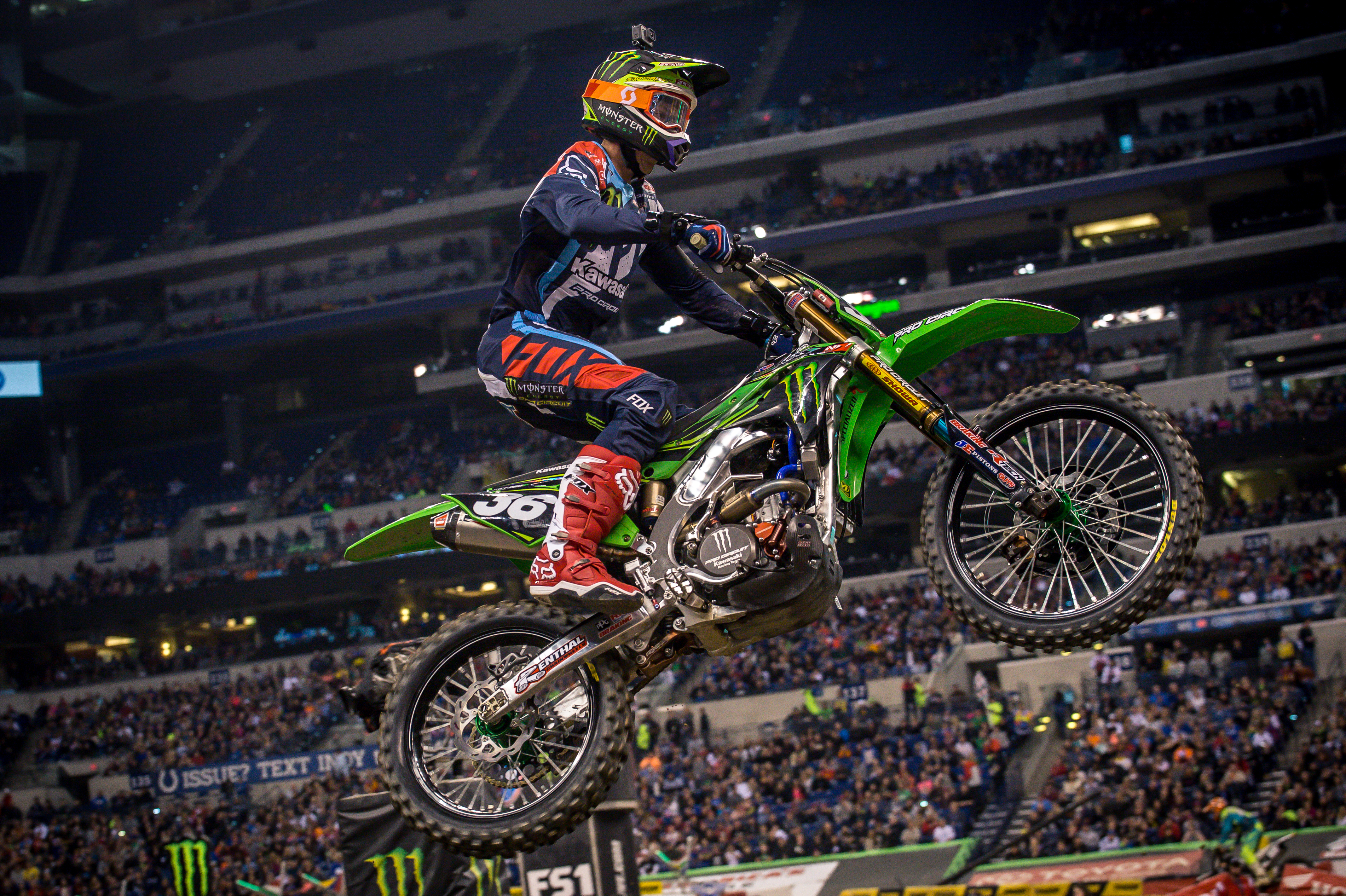 After a huge Daytona Supercross win last weekend Adam Cianciarulo was in Indy hungry for more. Although Savatgy and Osborne were way out front, AC was able to make another step forward by staying toward the front of the pack. 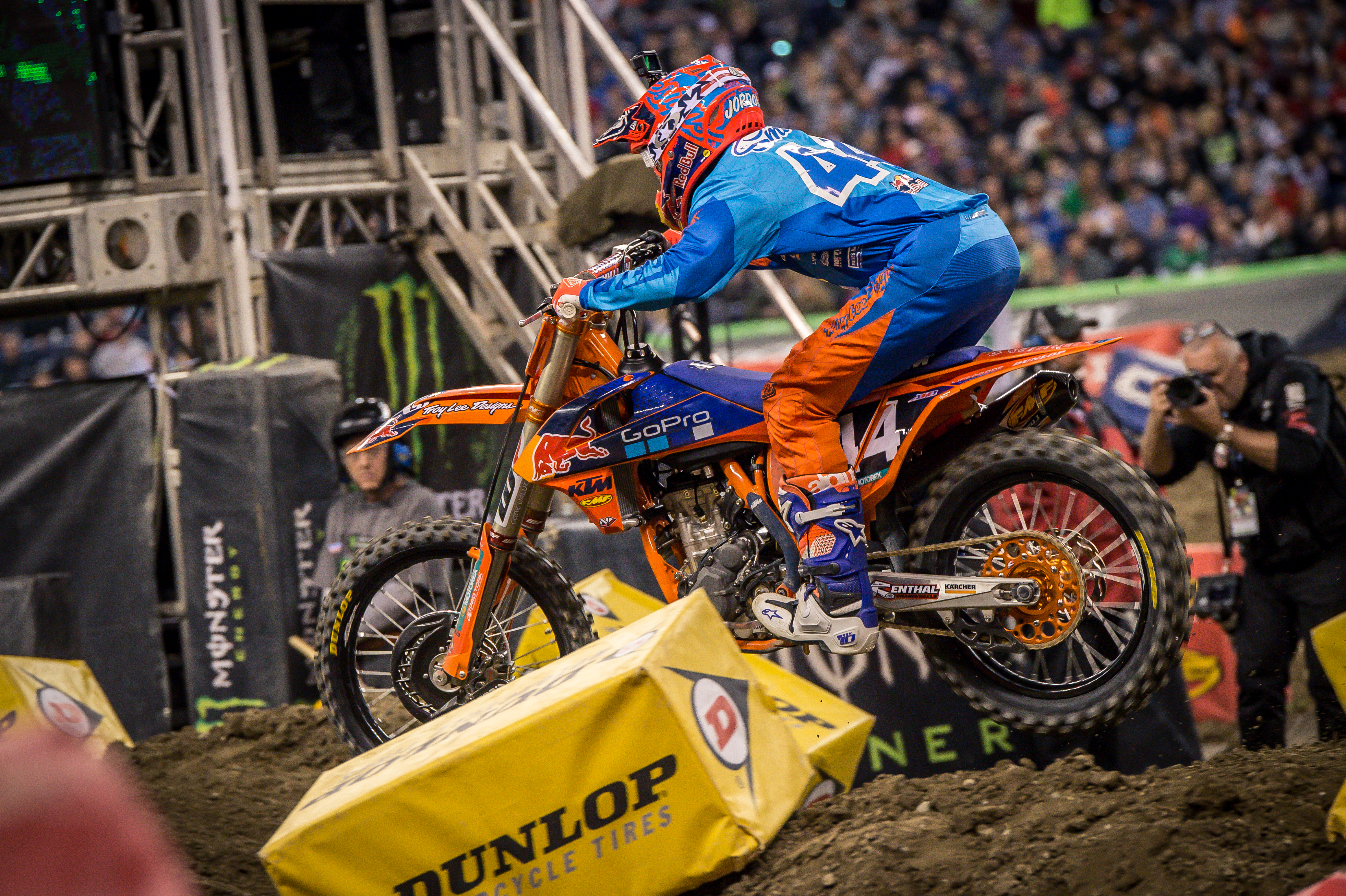 Jordon Smith has continued to strengthen as the season continues. Jordon was able to get on the box this weekend aboard his Factory TLD Moto KTM 250SXF. With a solid shoe in on the box look for Smith to inching his way toward a race win before the season finish in Vegas. 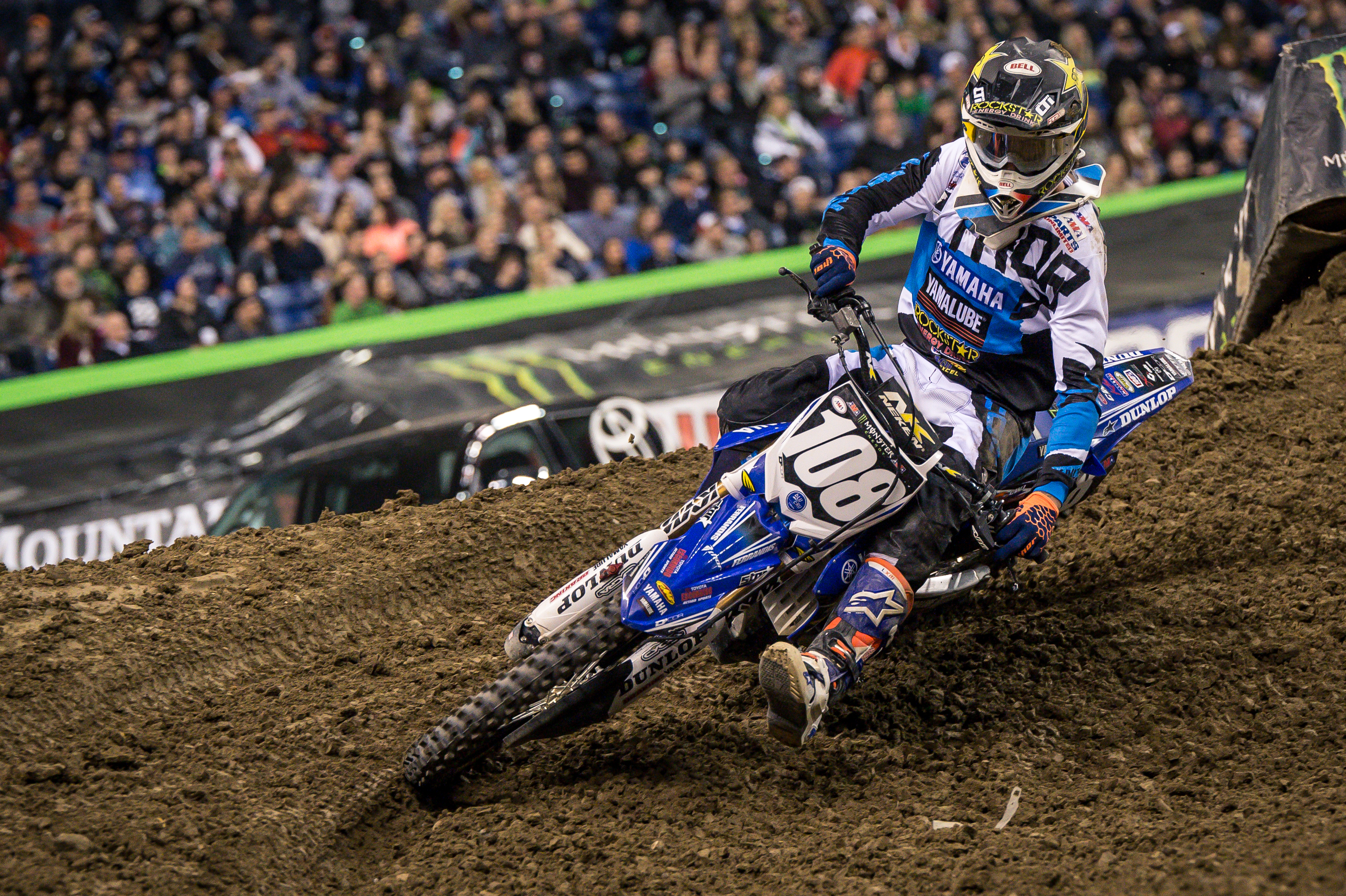 Dylan Ferrandis is another stand out rookie. He had a bit of a shaky start to the season but is now settling in as a front runner on the Star Racing back Yamaha YZ250F. 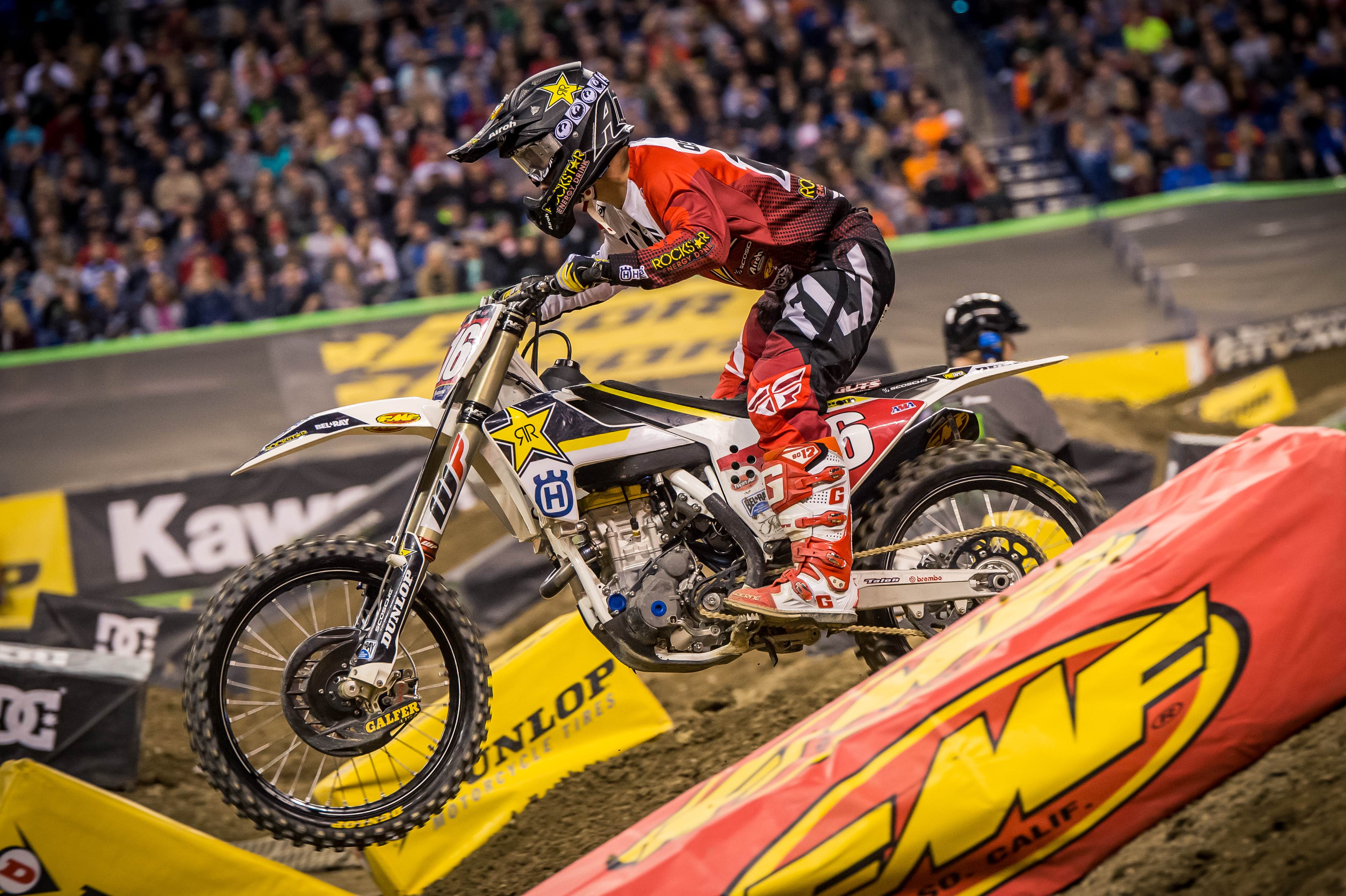 Came in with the red plate and left with red plate. Zach Osborne was on rails all day and into the evening in Indy. Zach had Joey Savatgy on his tail for most the first half of the main and kept charging forward. If you let this guy get out front early it is going to be very hard to reel him back in. 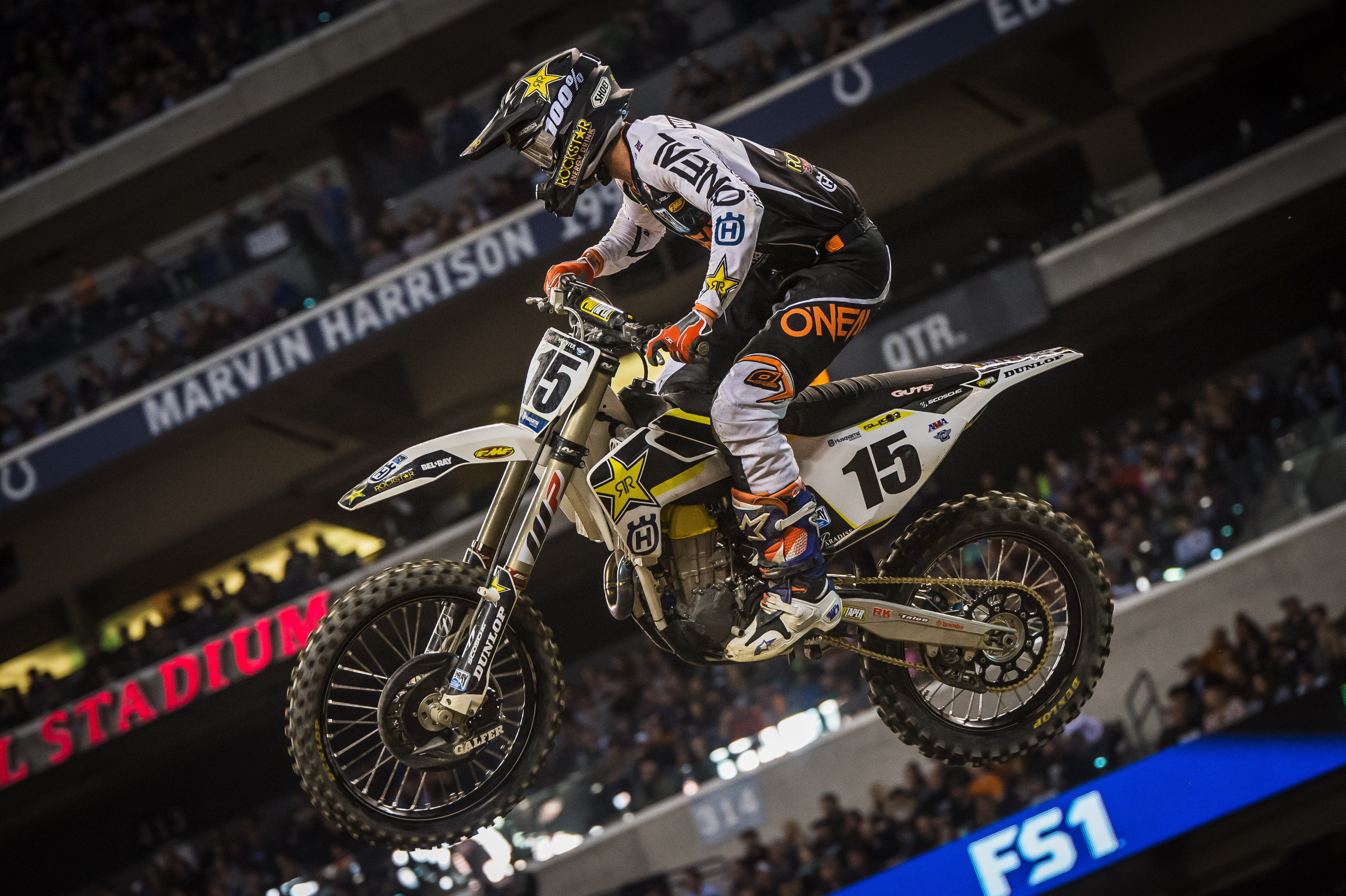 Dean Wilson is having fun and doing what he set out to be. Run up with the top 10 and fight to become more competitive. After a solid supercross season on the Husky there is no doubt Dean will get closer to the box each weekend and even land on it in 2018. 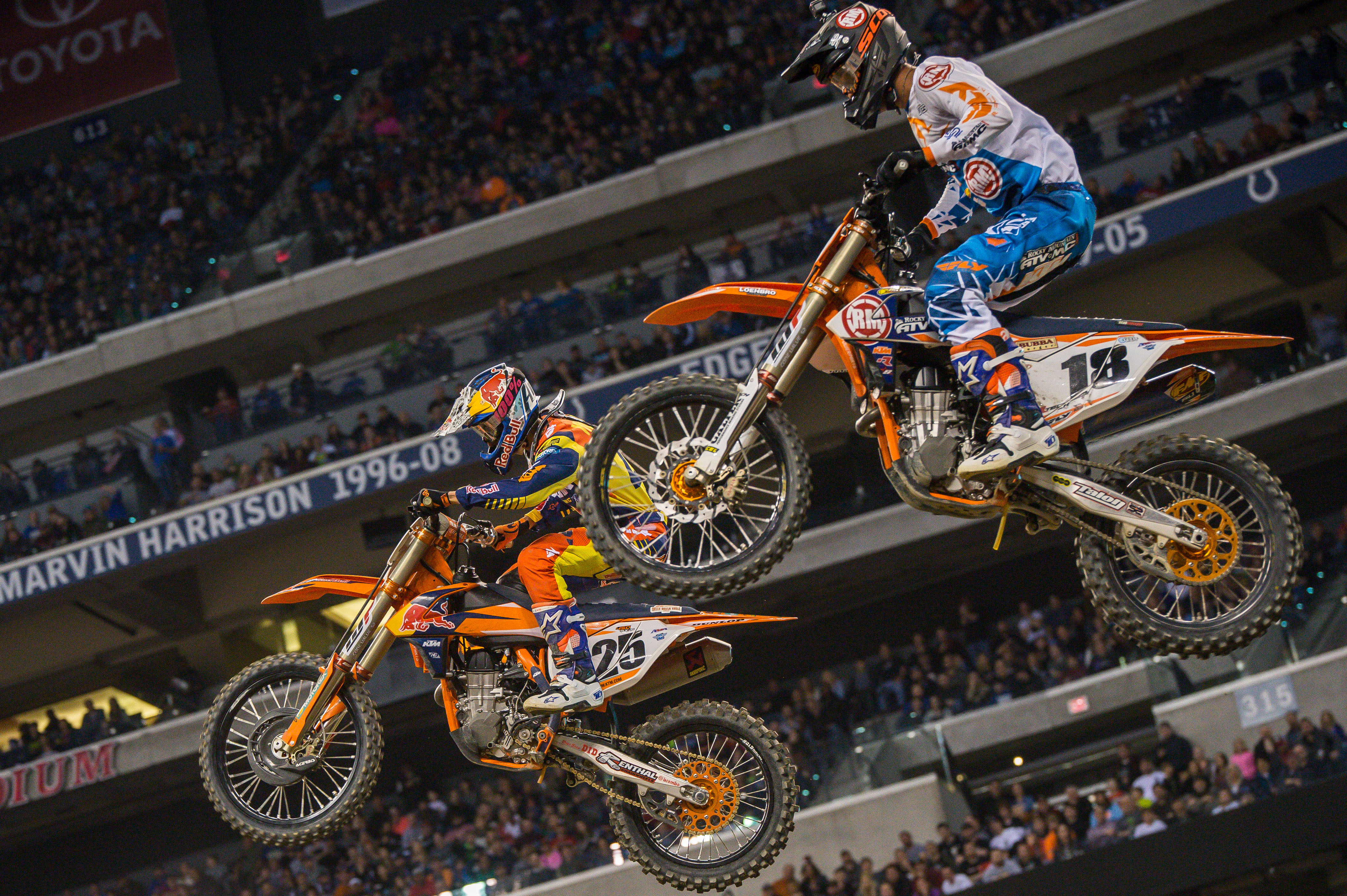 KTM had to have had a smile on their face during the 450 main. It was one green bike smothered by a ton of orange. In just a few years they have come from maybe 1 one on track to many….and many towards the front. 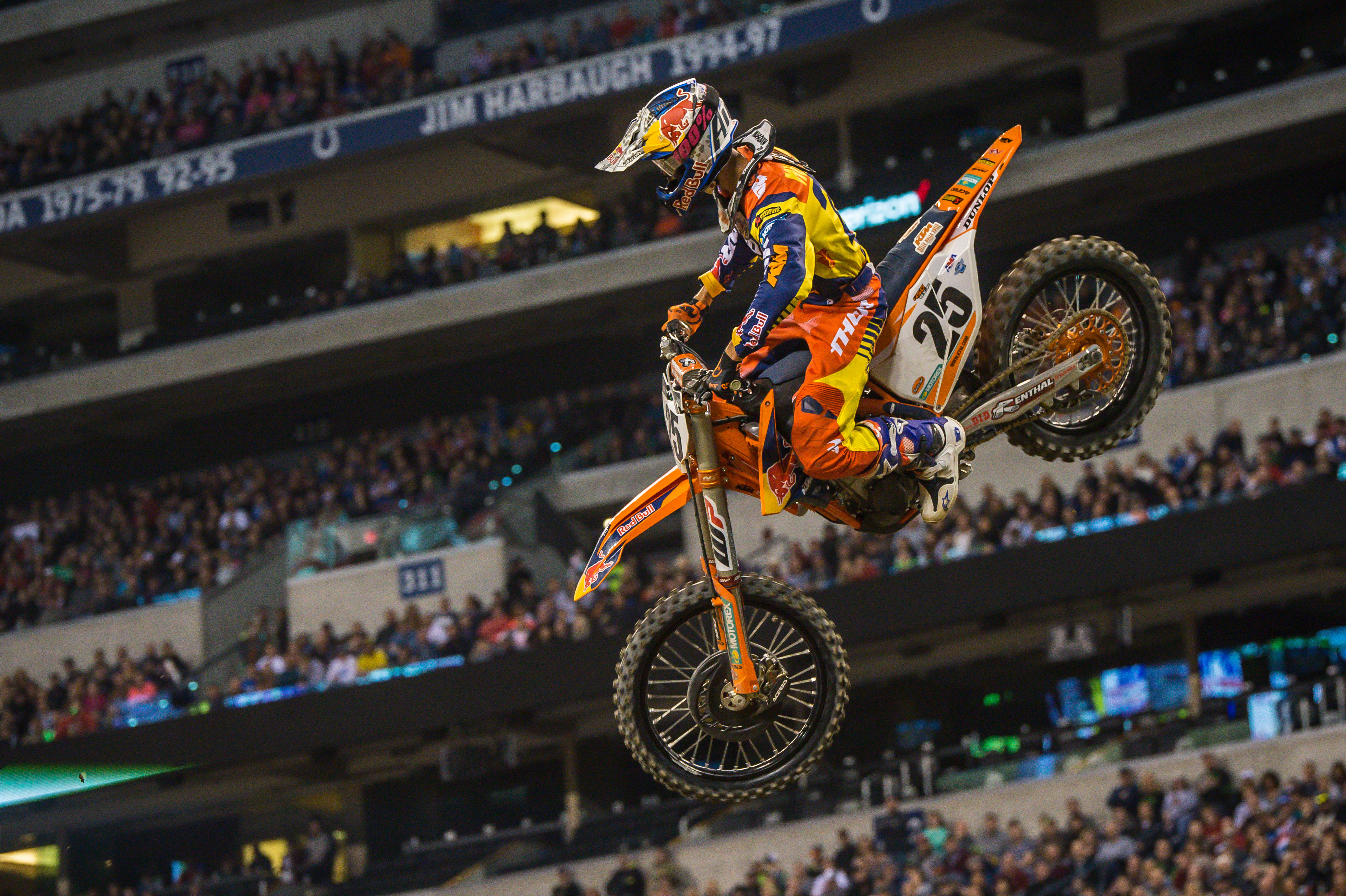 After a tough fight with the flu Marvin Musquin was back to his original form this weekend. He mentioned in the post race press conference that the technical track allowed him to try some things competitors weren’t and make passes ….and even make passes on his team mate Ryan Dungey. 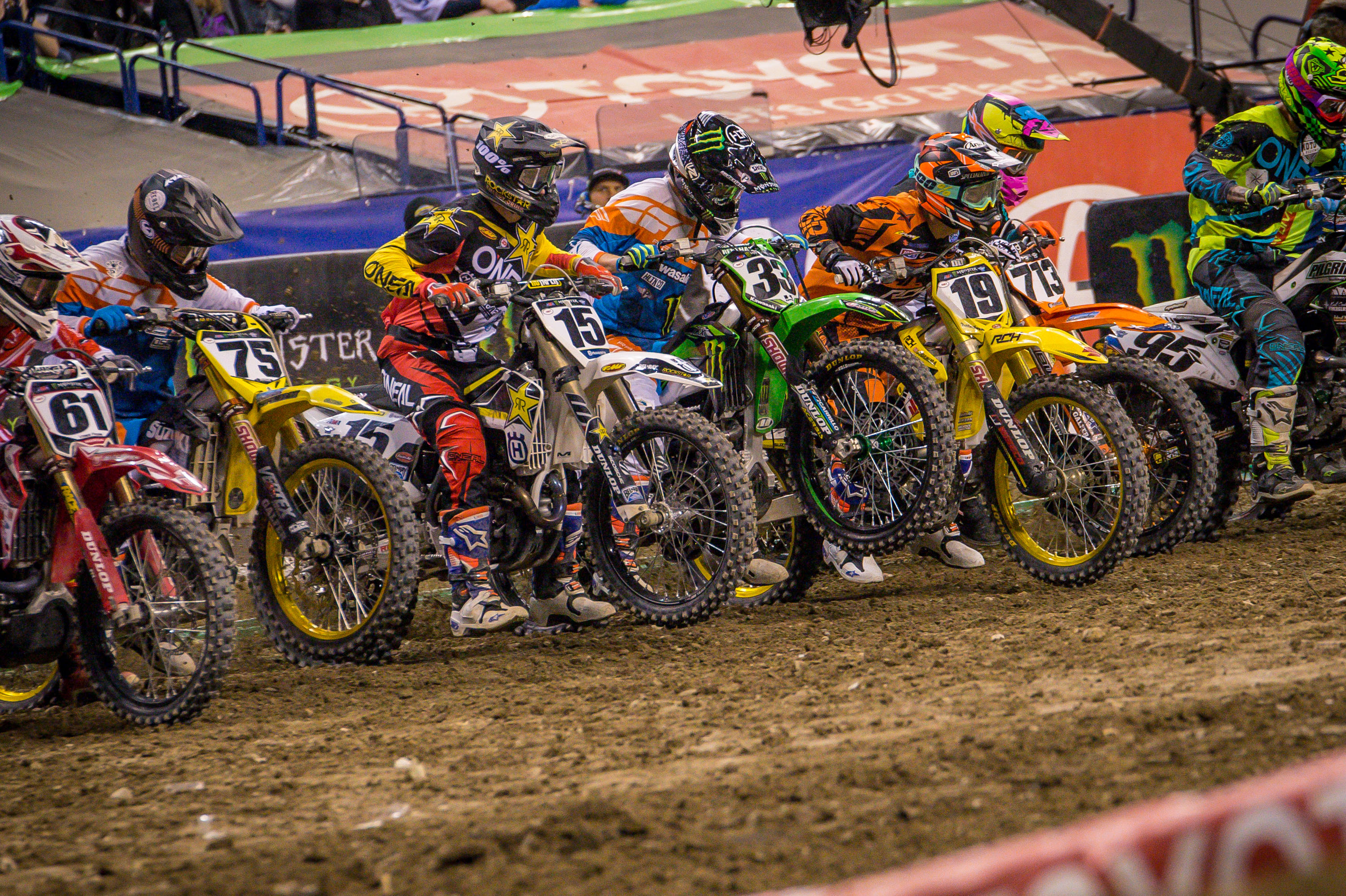 Notice the different styles of start position. Dean Wilson sitting more upright and back straight while Justin Bogle leaned very far foward with his head over the handlebars. Cool to see the various techniques used by the fastest riders in the world. 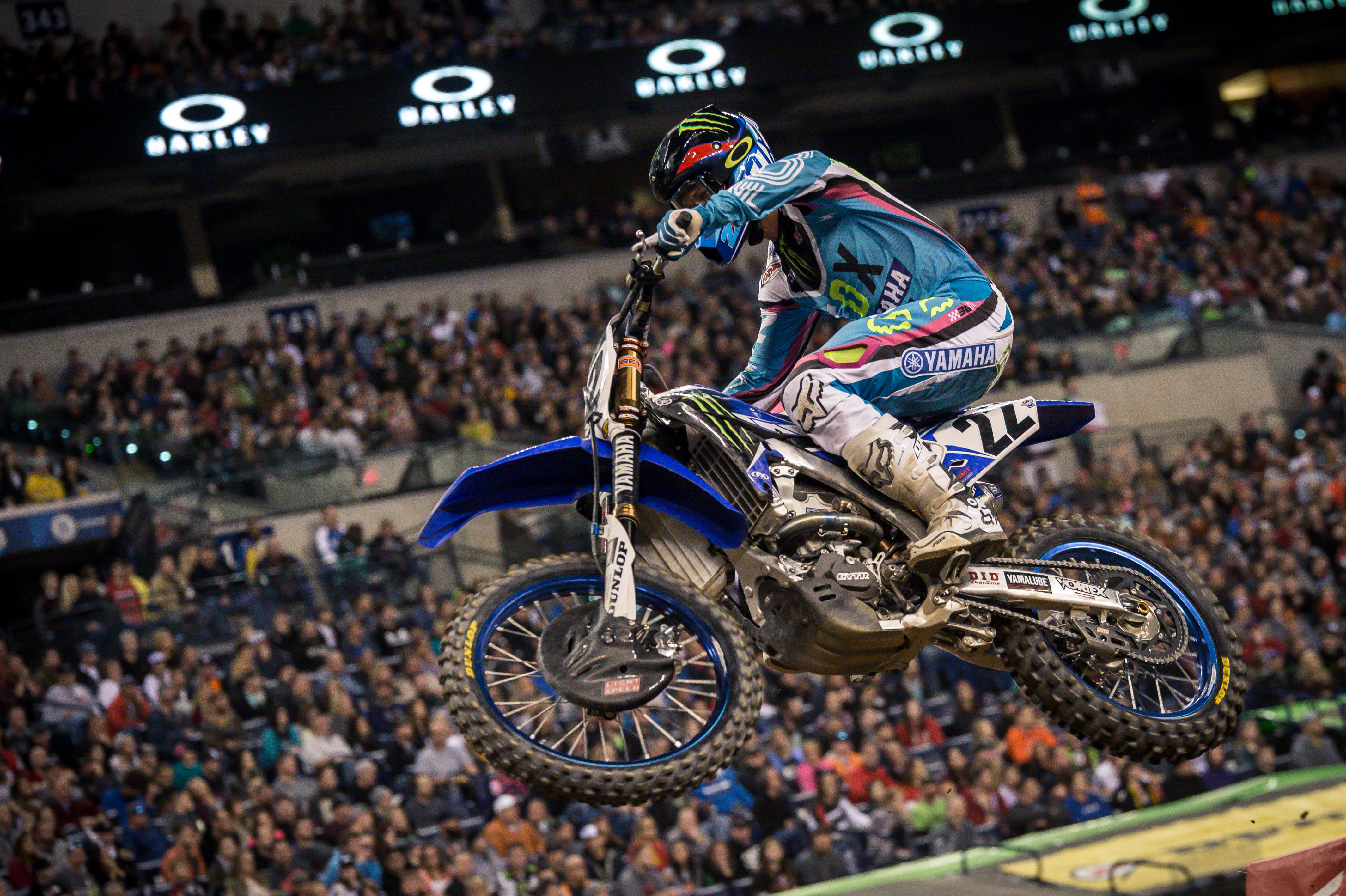 Were you surprised Chad Reed turned 35 this past week? Or were you more surprised when he held off Dungey during the heat race. What a great battle it was and it showed the fans one more time Chad can still hang with the big guys. 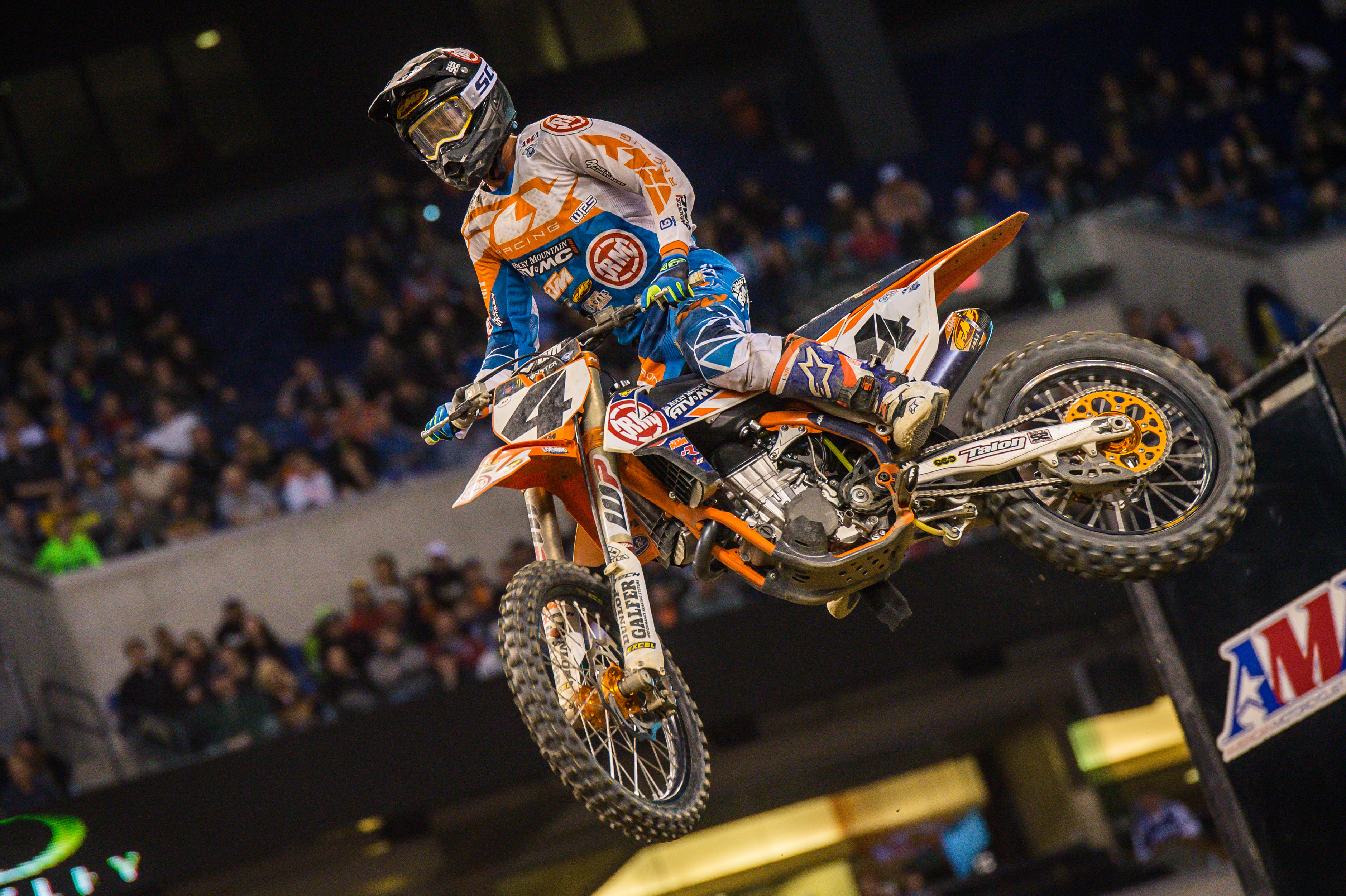 Blake Baggett has been inching his way through the series closer and closer to the box. Blake was up front with team mate Davi Millsaps and fellow KTM riders Ryan Dungey and Marvin Musquin in Indy. 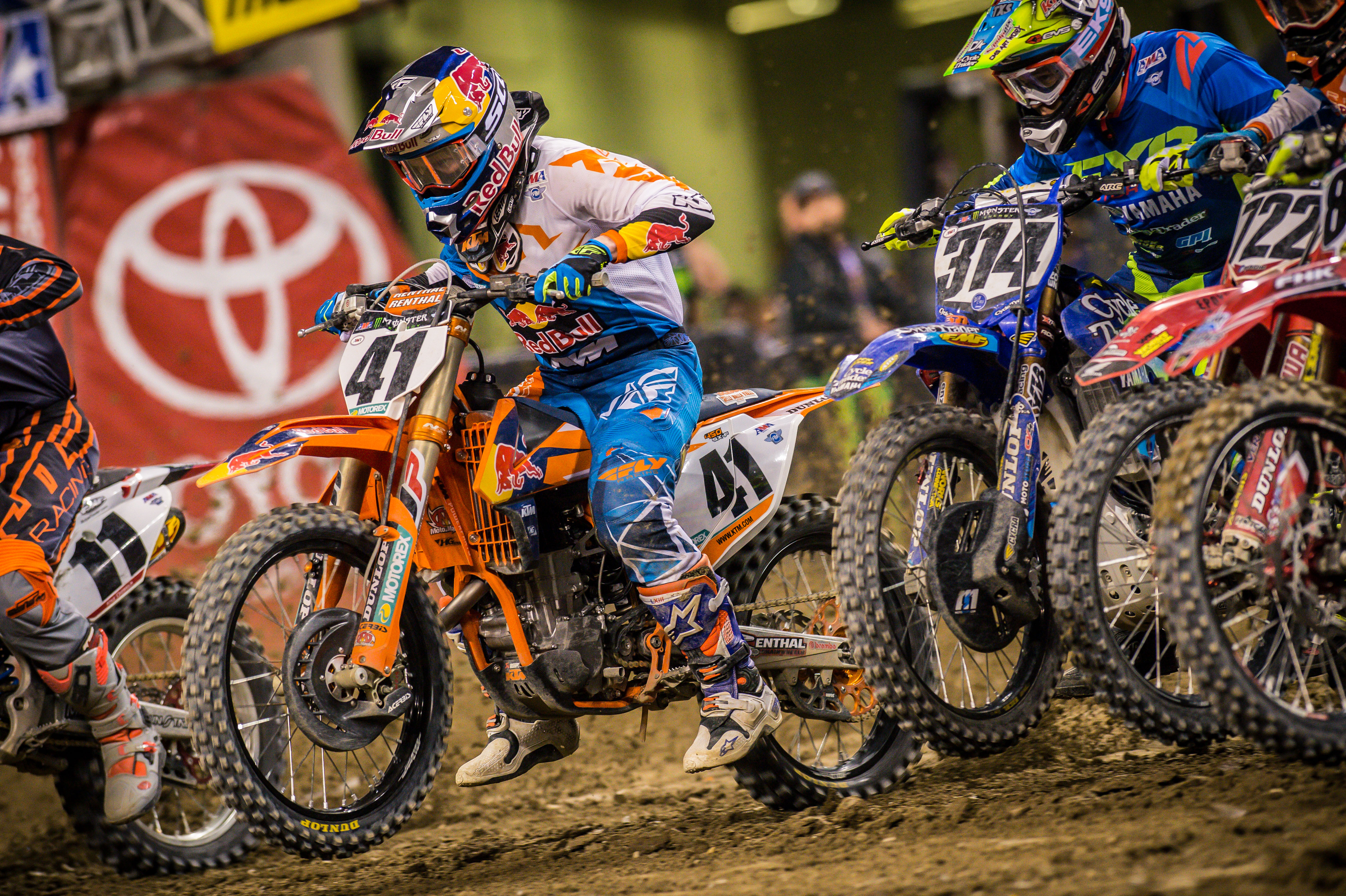 Trey Canard found himself this weekend in the LCQ. Even having to do some extra racing Trey still threw a huge whip over the finish line to keep it fun after winning. 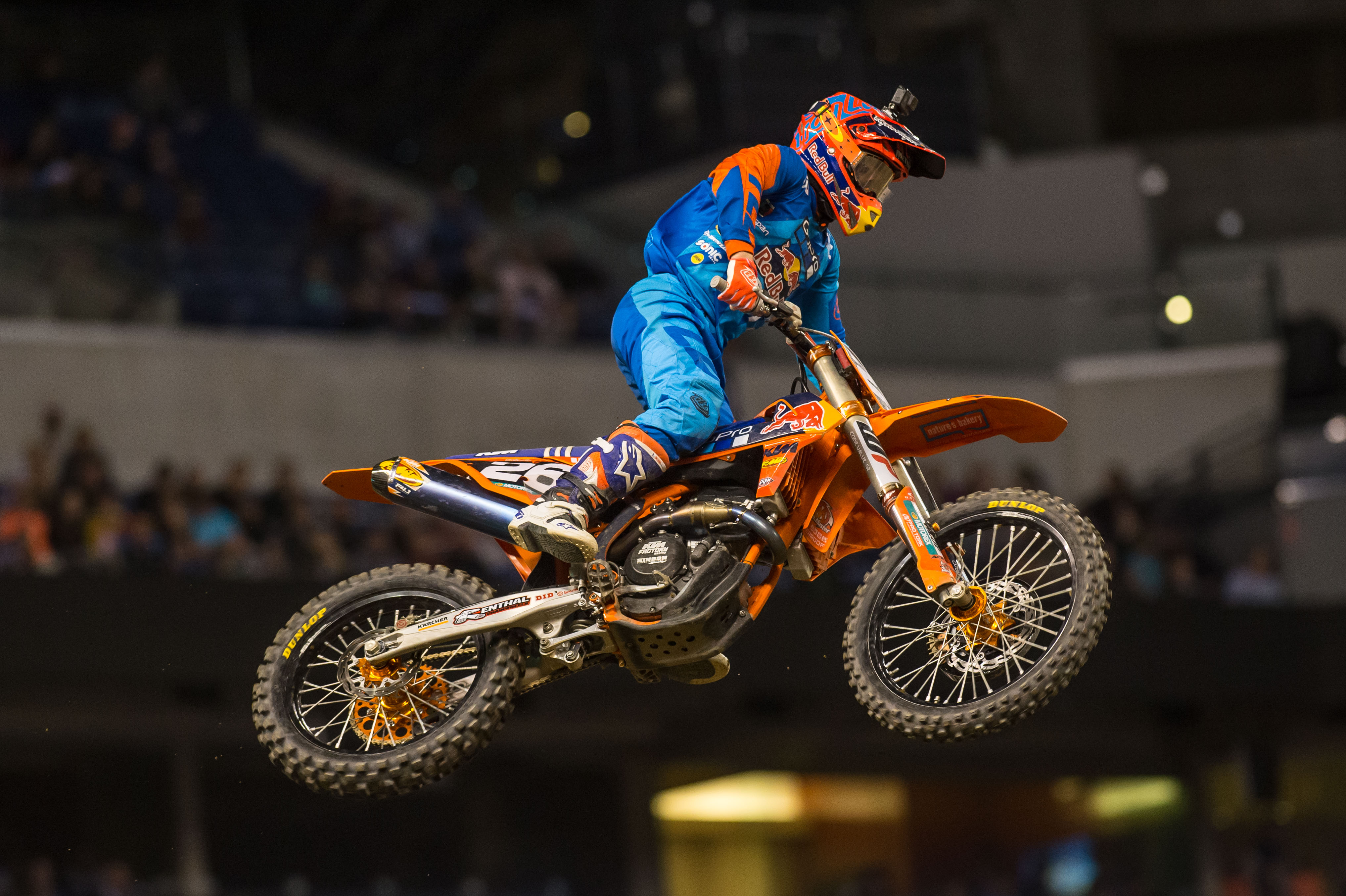 Minus the huge get off for Alex Martin, he rode a great race and was more competitive in Indy than he’s been the past few weekends. He looked eager to fight up front and rode very aggressive. 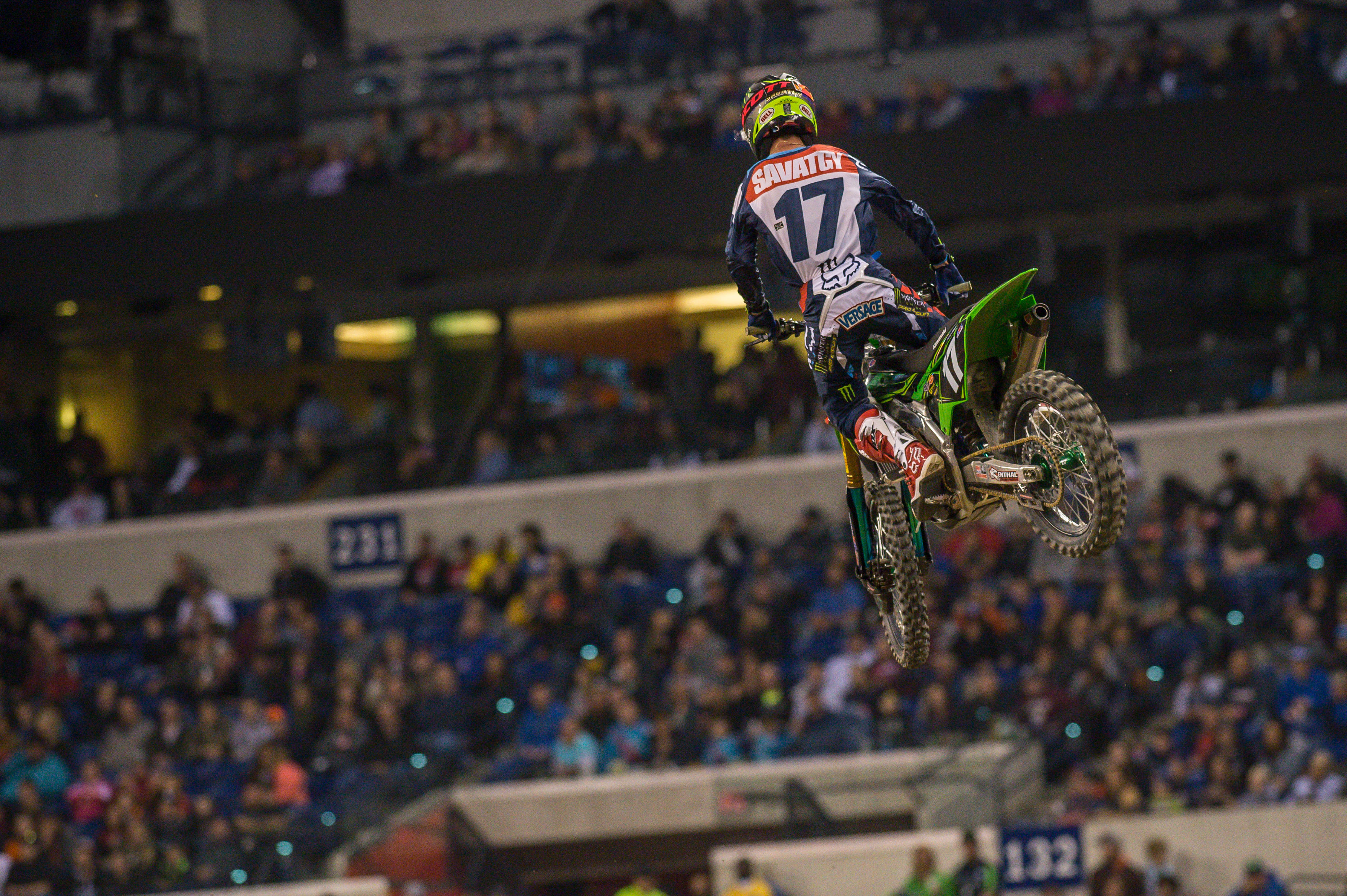 Joey Savatgy had a great start out front with Zach Osborne. Zach was able to pull away but Joey is very much still in the hunt for the championship. These two will be going at it all the way to Vegas. 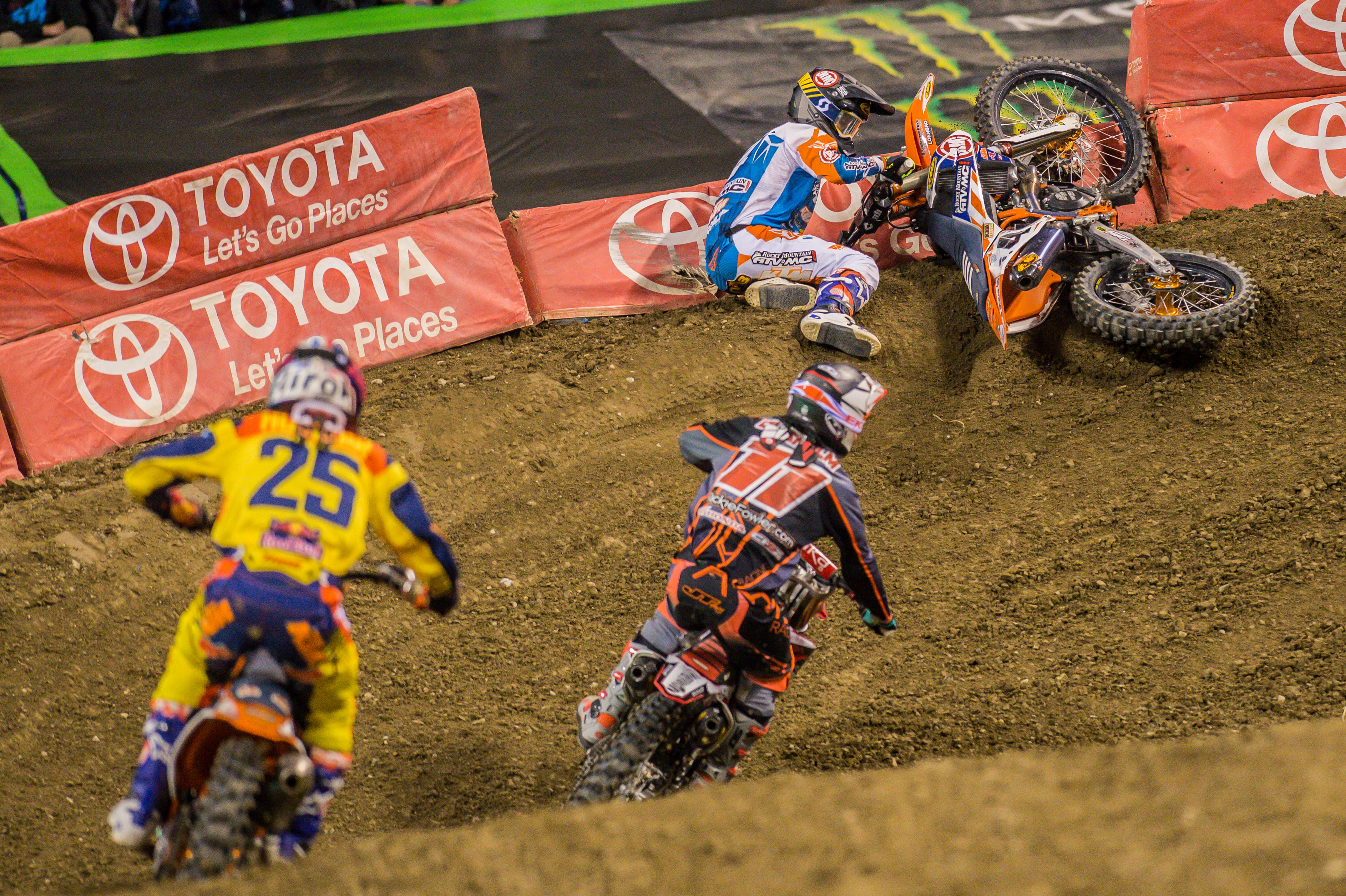 The track took a few riders this weekend. A lot of them happened in the high speed “quad” section. Here Baggett is rushing to jump on his bike before losing position. 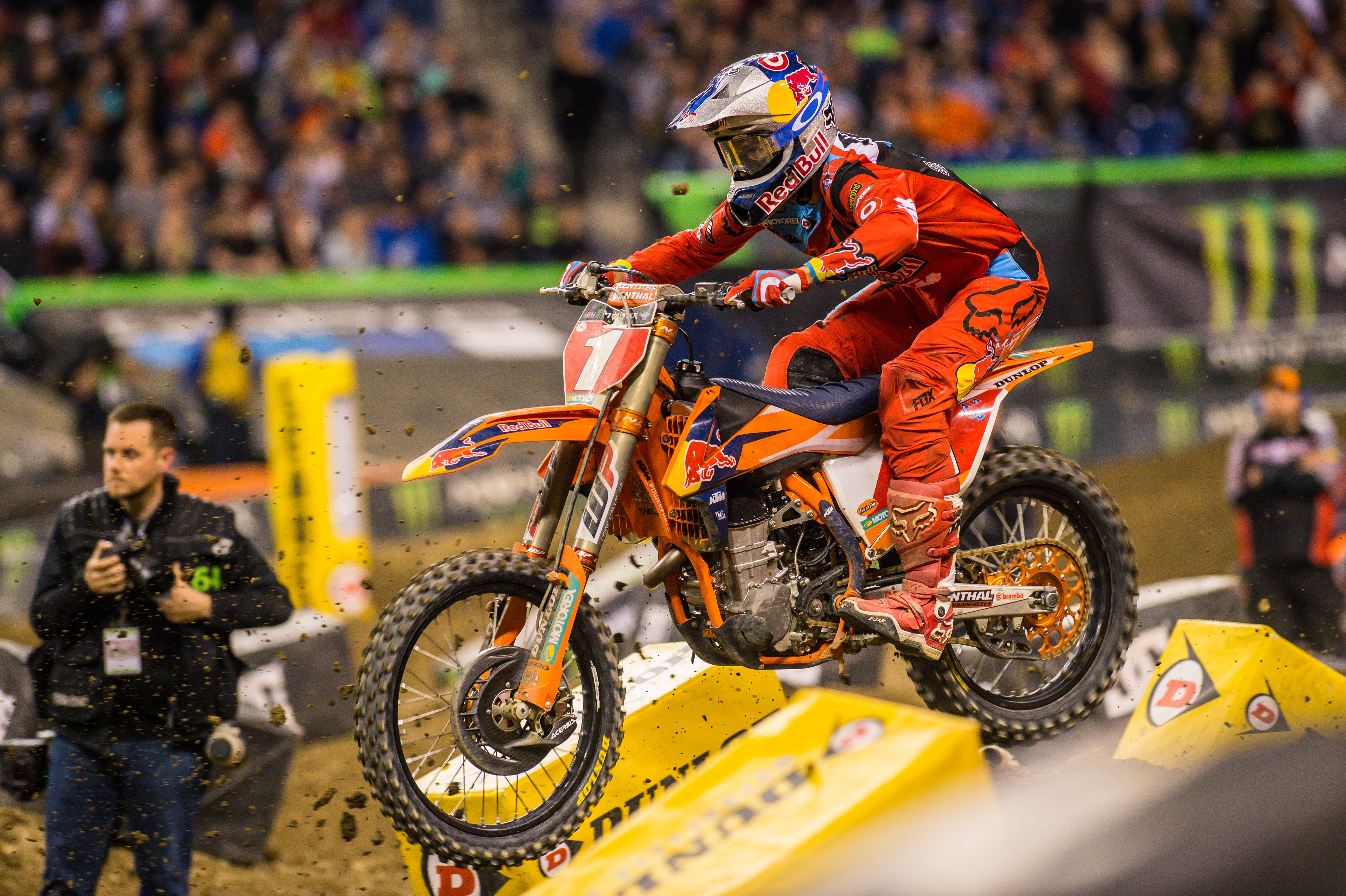 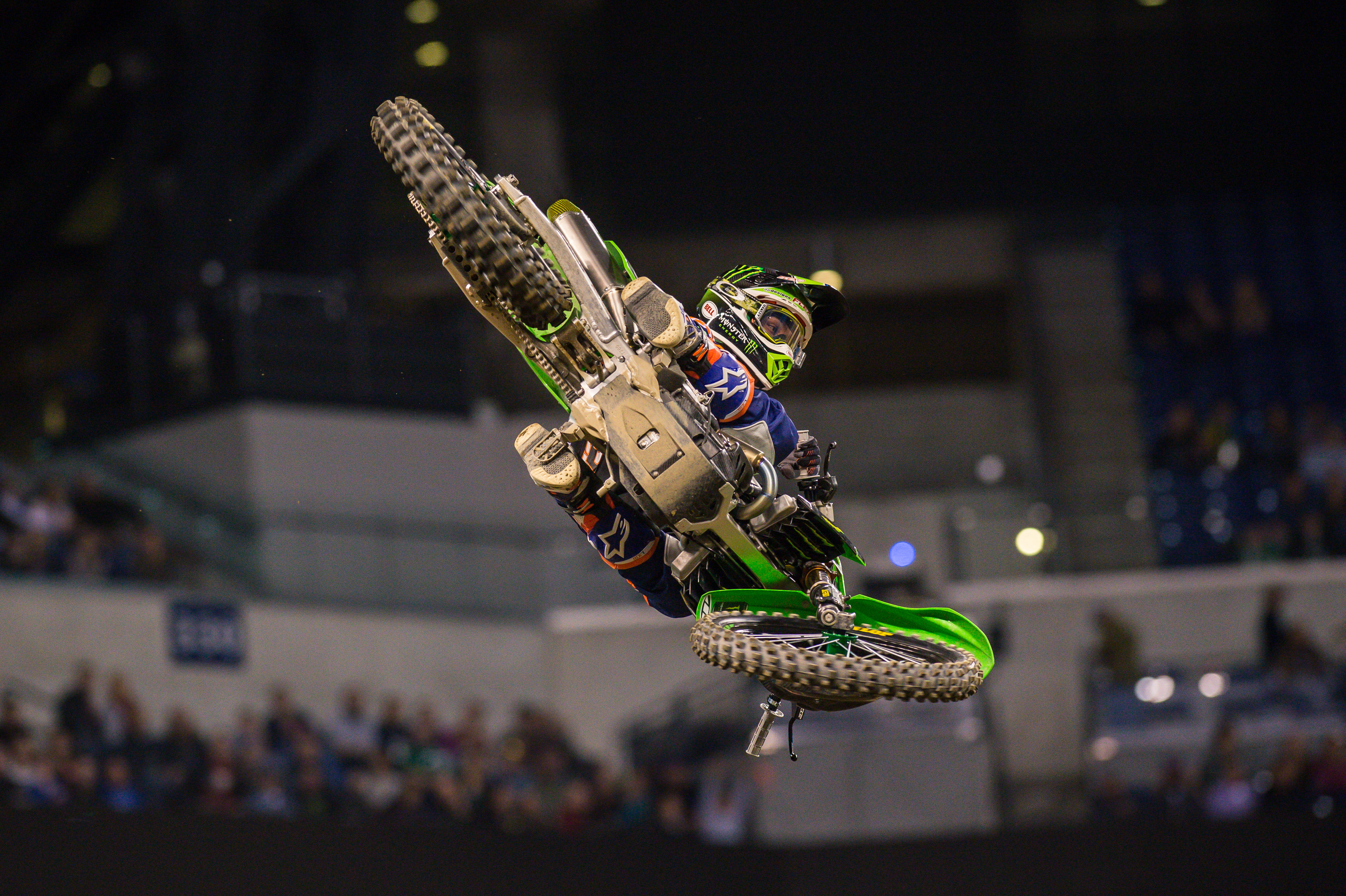 A rocky start to the season. Some bike changes and now this guy is on fire. Can anyone turn off the light switch of Eli Tomac. With only a few handful of races left things are tightening up in the championship chase.