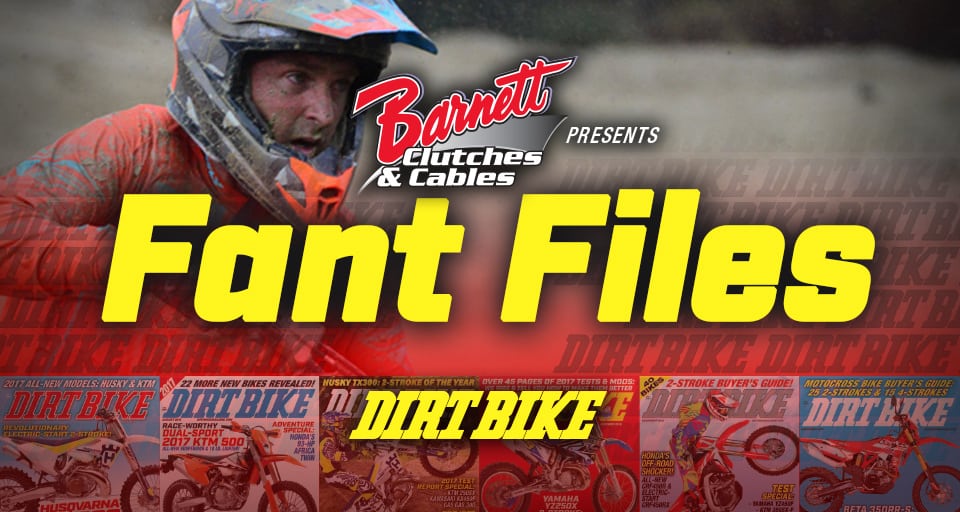 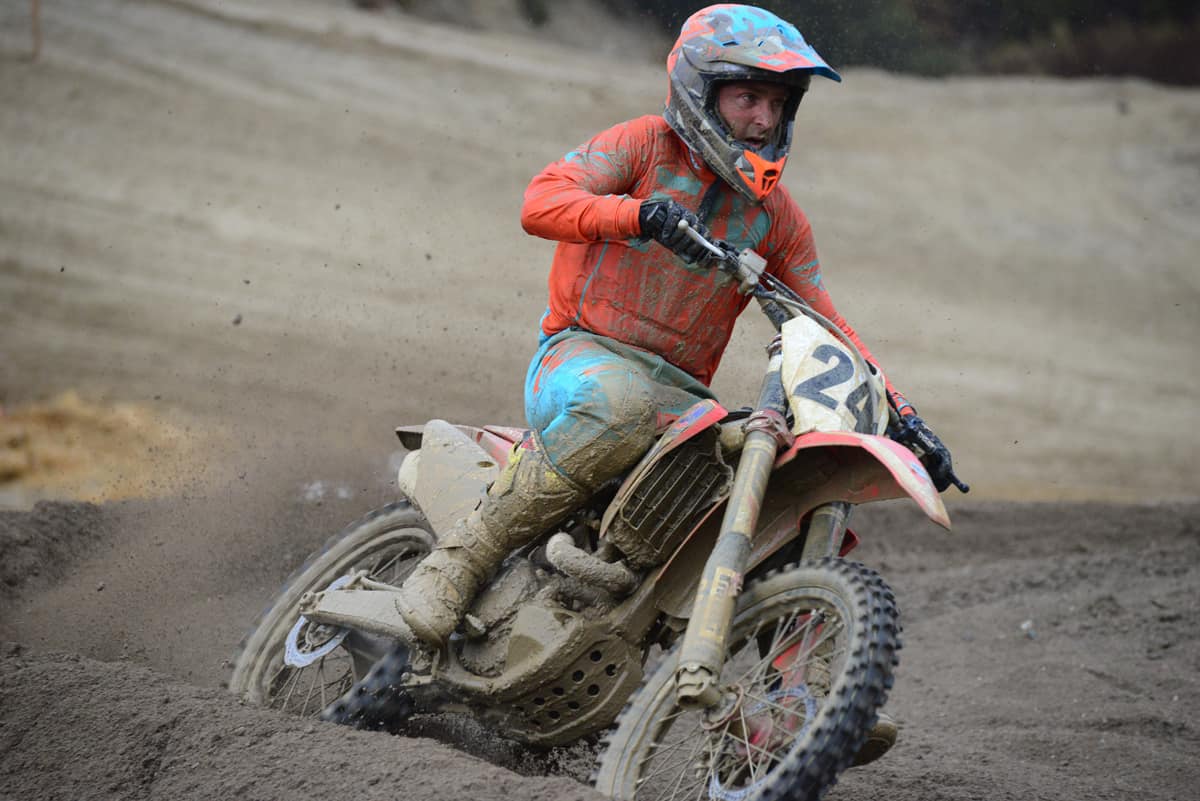 Brett Metcalfe is now 33 years old and an official Vet World Champion. His ride in the first moto mud proved that he’s seen rain before. The Australian dominated the +30 Pro class. 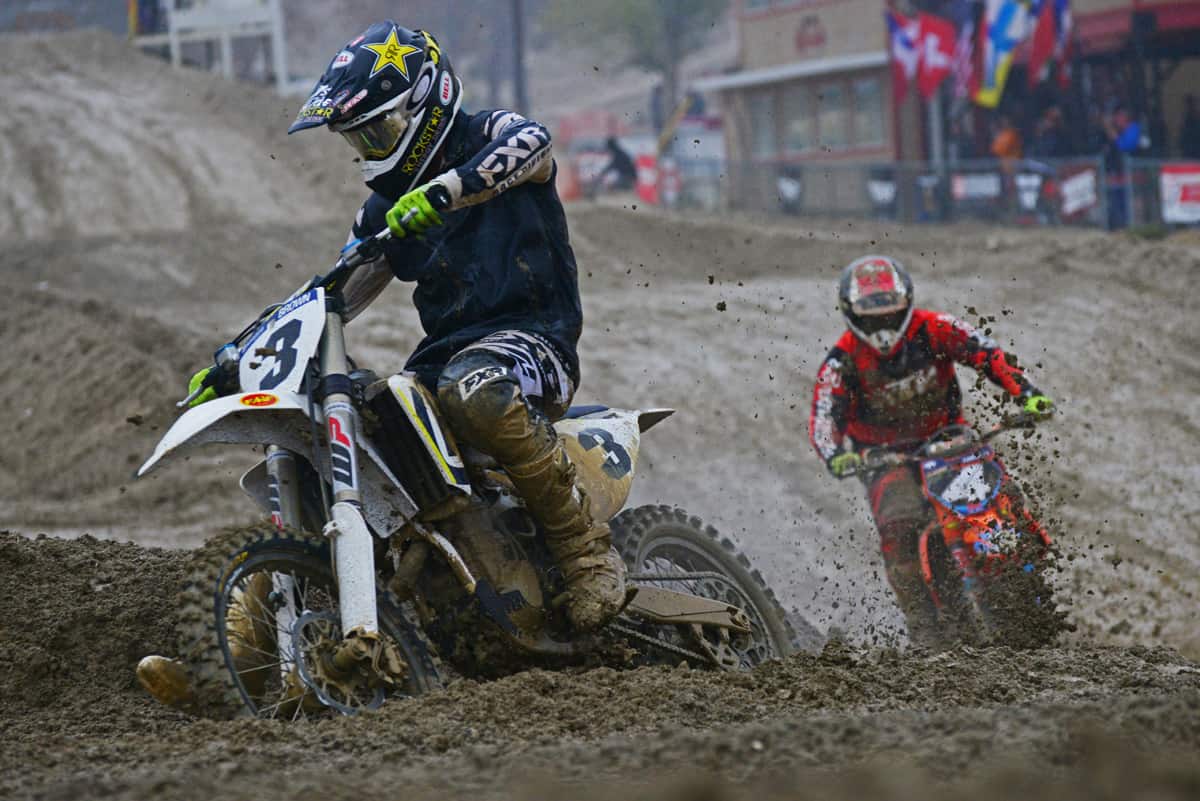 That’s Mike Brown himself racing with the 30 year-old kids. Now 45 years old, Brown was already the oldest 125cc National MX champion on record when he won that title in 2001. He was second in both motos at Glen Helen. The man following Brown is Tonni Anderson, who was third in the muddy first moto. 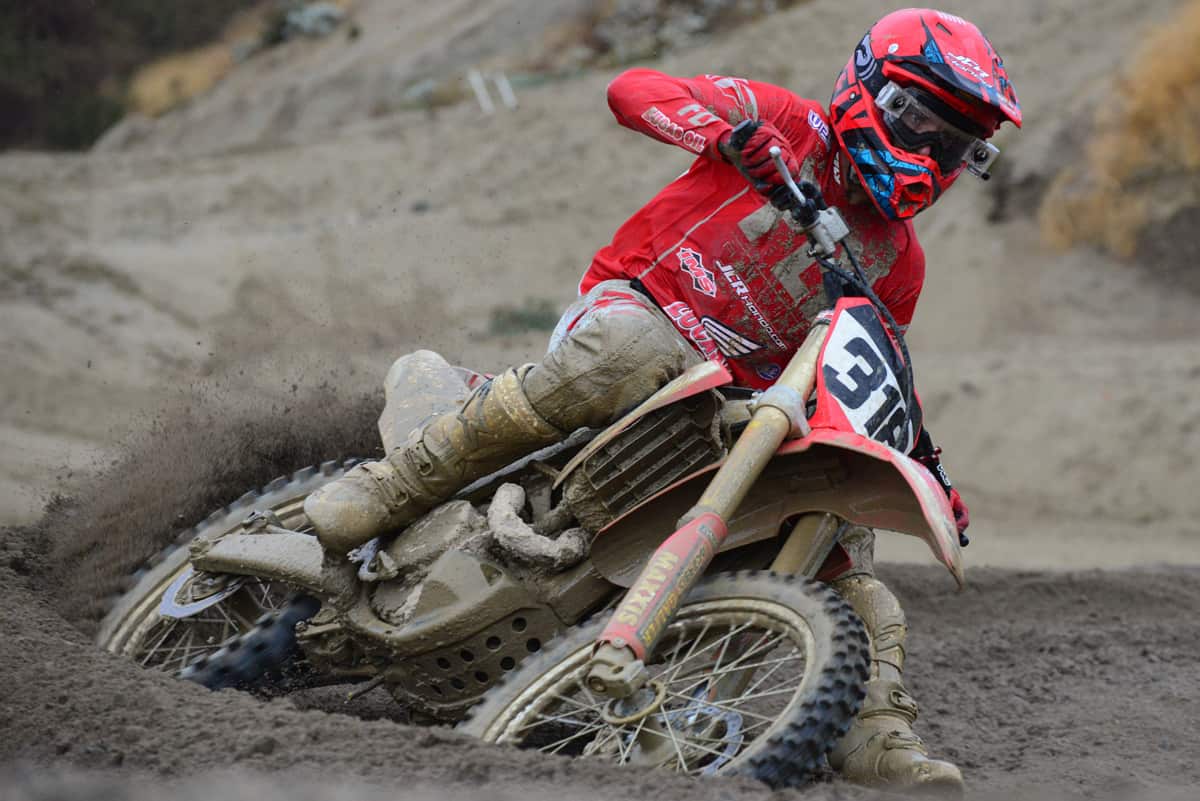 Benny Breck was once a regular test rider for Dirt Bike Magazine. Now he’s a father, a husband and a tuner for the JCR team. He’s also a front-runner in the So Cal vet scene, and finished 4-7 for sixth in the +30 Pros. 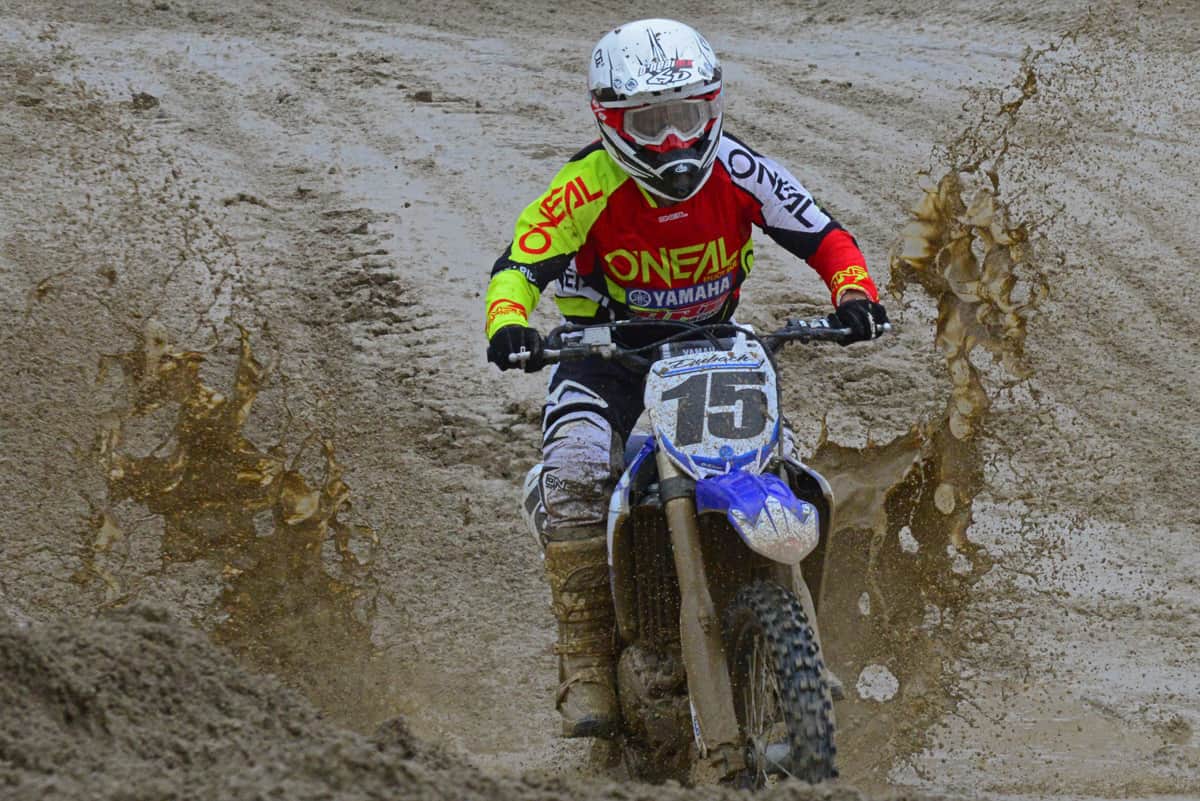 Just when you thought that Doug Dubach was gone, he comes back with style. Doug had several years of injuries, but now he’s back on top of his game. He finished first in the +50 Pros over Kurt Nicoll and Keith Bowen. 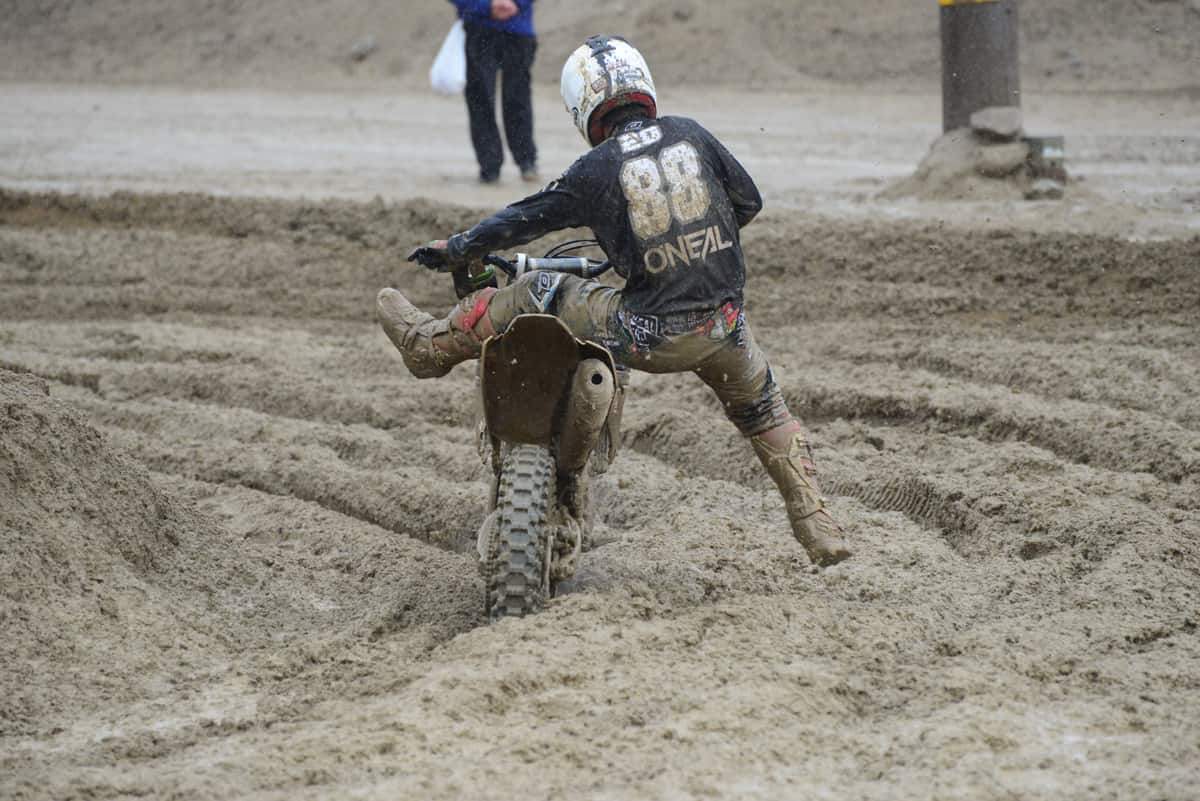 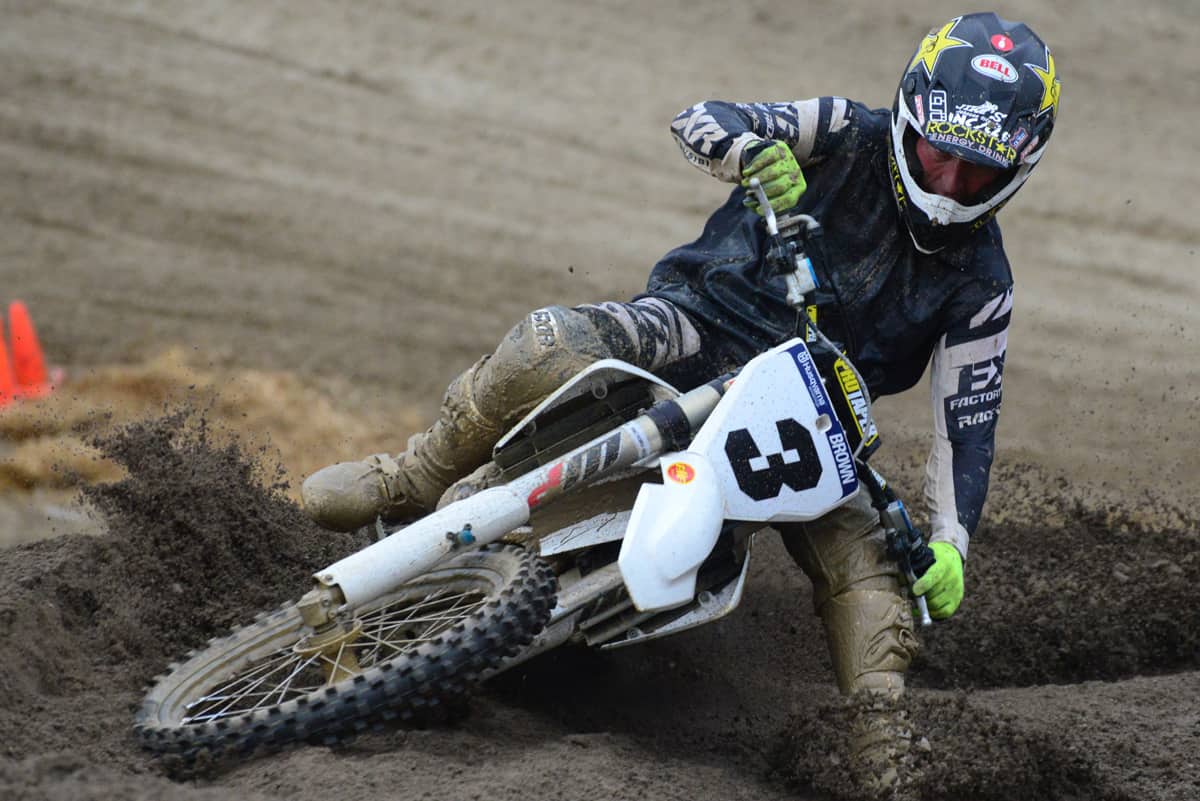 Mike Brown and most of the other riders pitched their goggles away in the first moto. Metcalfe went straight to the paramedics to have his eyes washed out afterward. 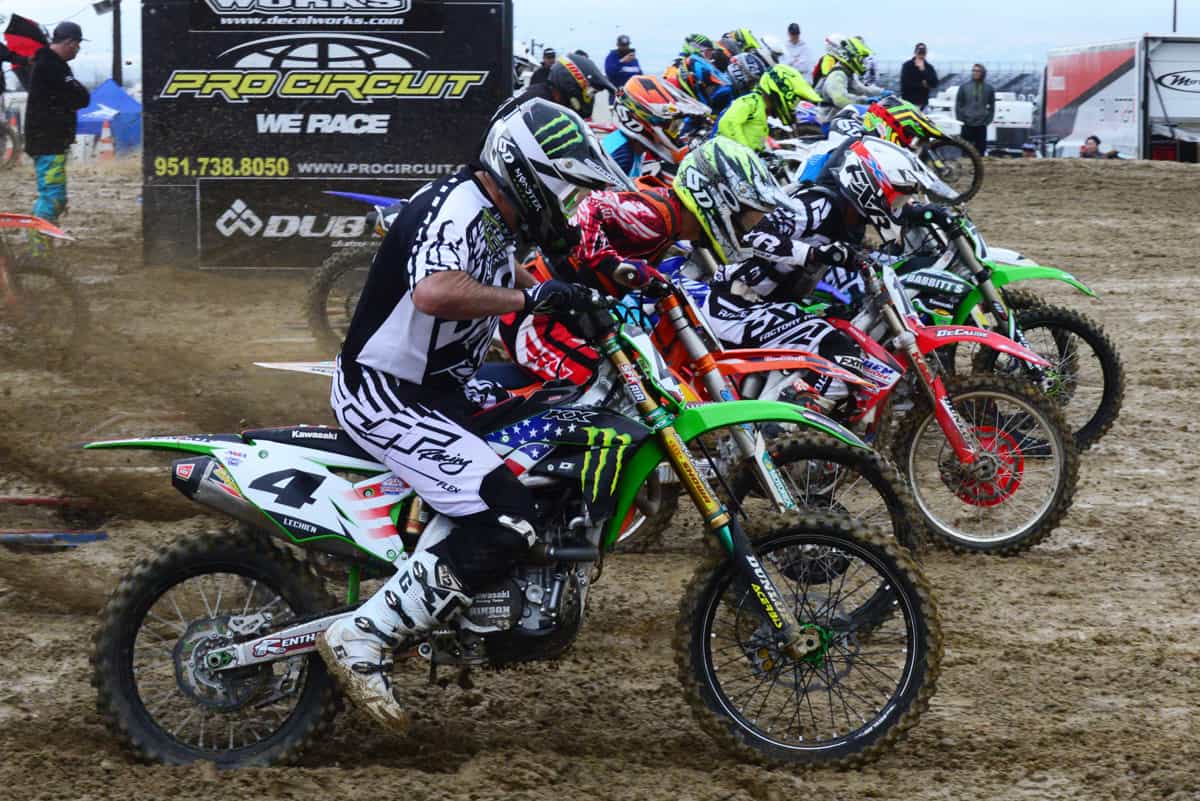 Ron Lechien was one of the former pros who raced in the +50 Pros. He ended up fourth. 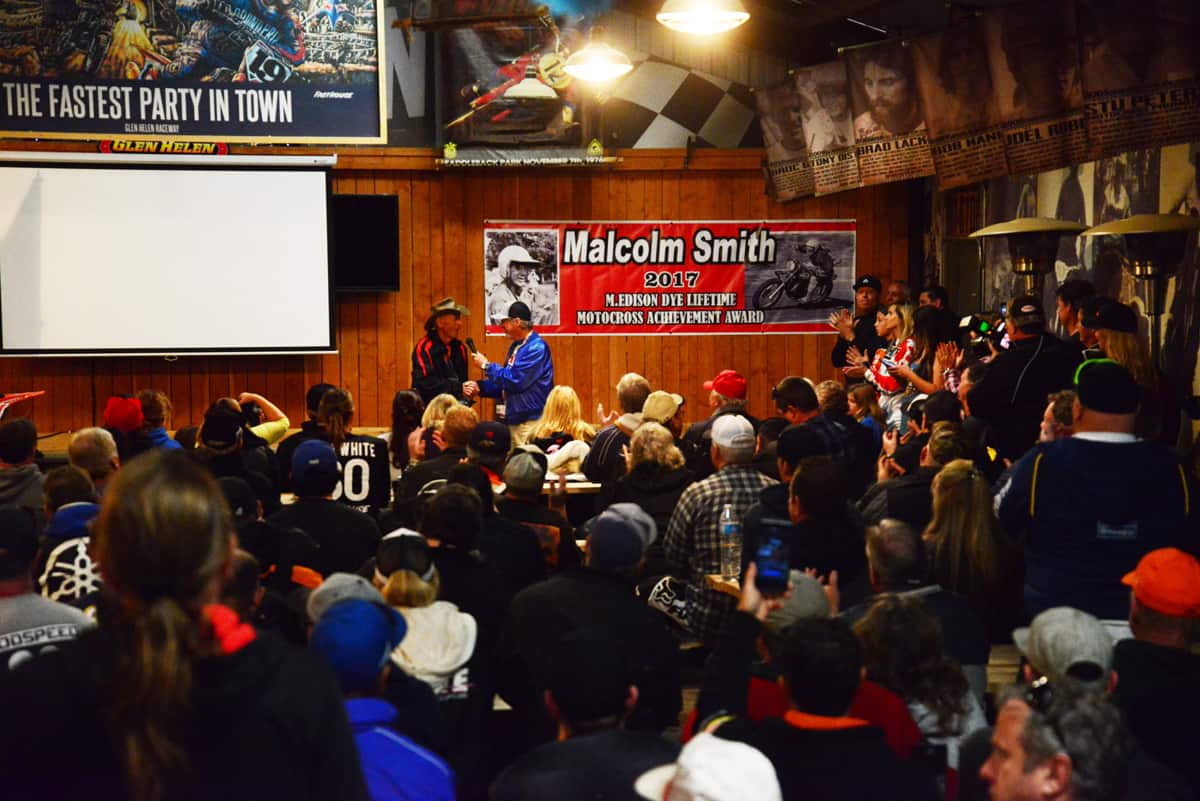 At intermission, Malcolm Smith was awarded the Edison Dye Lifetime Achievement Award. The award and the World Vet race itself are the result of Tom White’s passion. Tom passed away two days before this year’s event, but not before video  taping the presentation of the award. 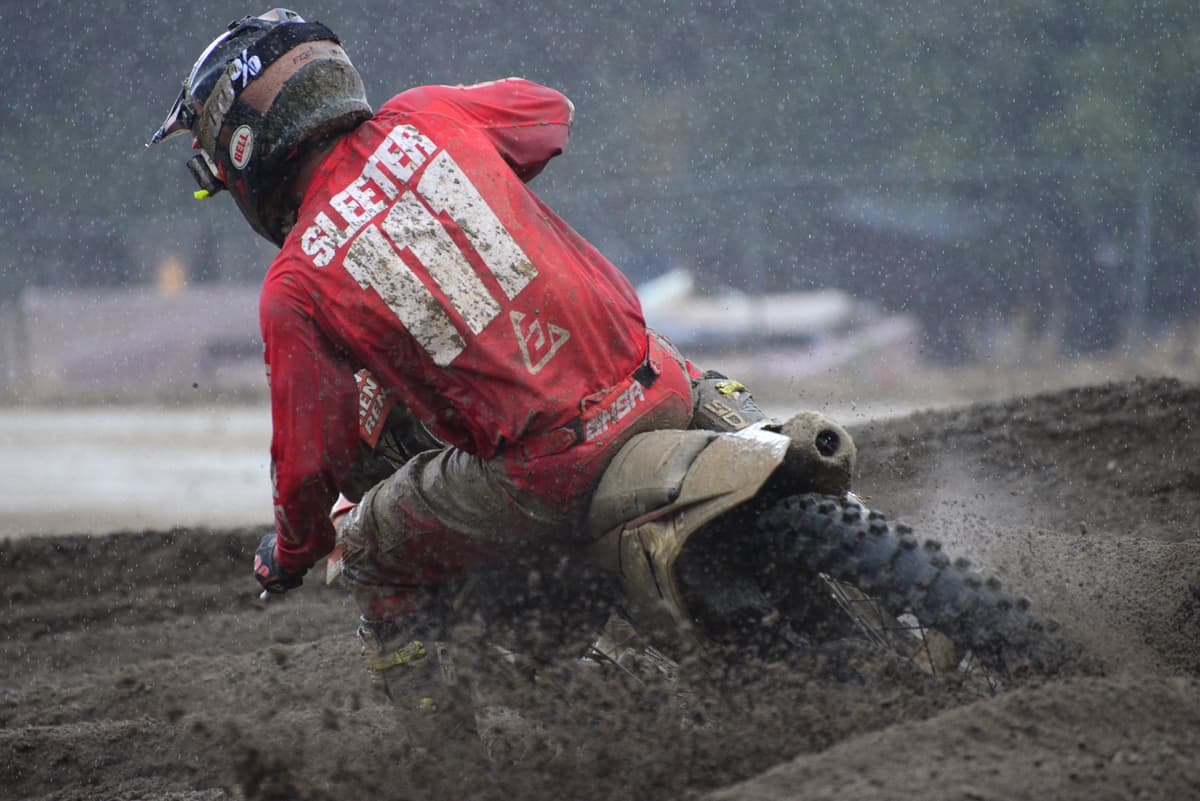 KTM test rider Mike Sleeter loves this event and always steps up his game. It’s unclear if he loves the rain.