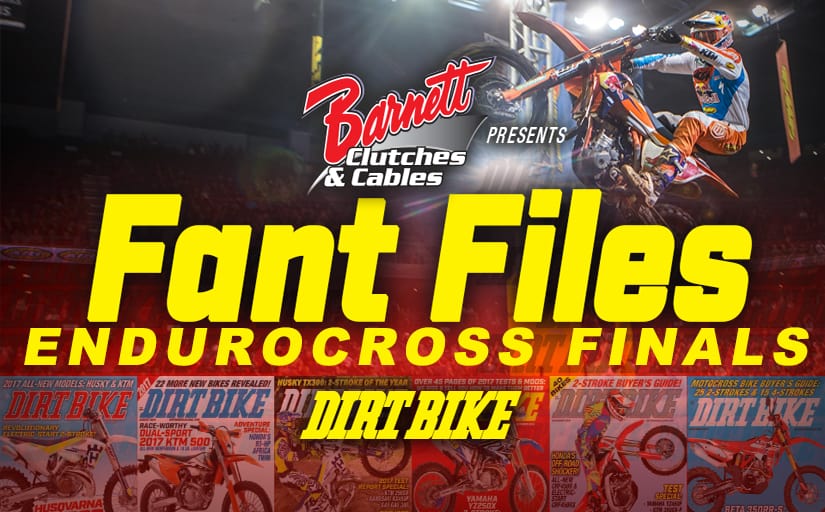 A wild night of racing in Ontario, California for the final round of the 2017 Endurocross Season. 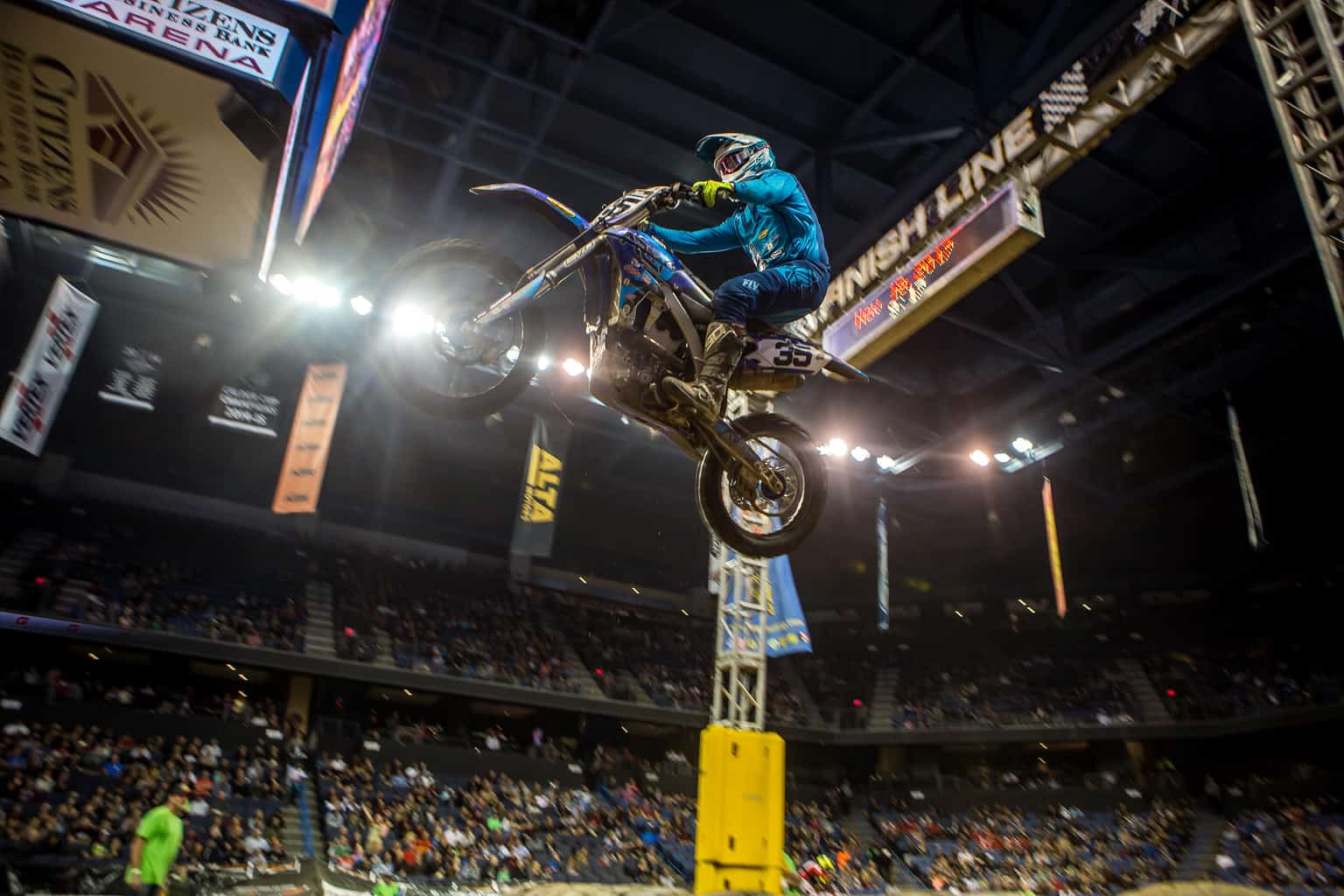 Mason Ottersberg skying out the finish line. We spoke with Mason in the pits and he feels like each year there have been improvements. His hopes for the off season are to buckle down and train even harder for the 2018 run. 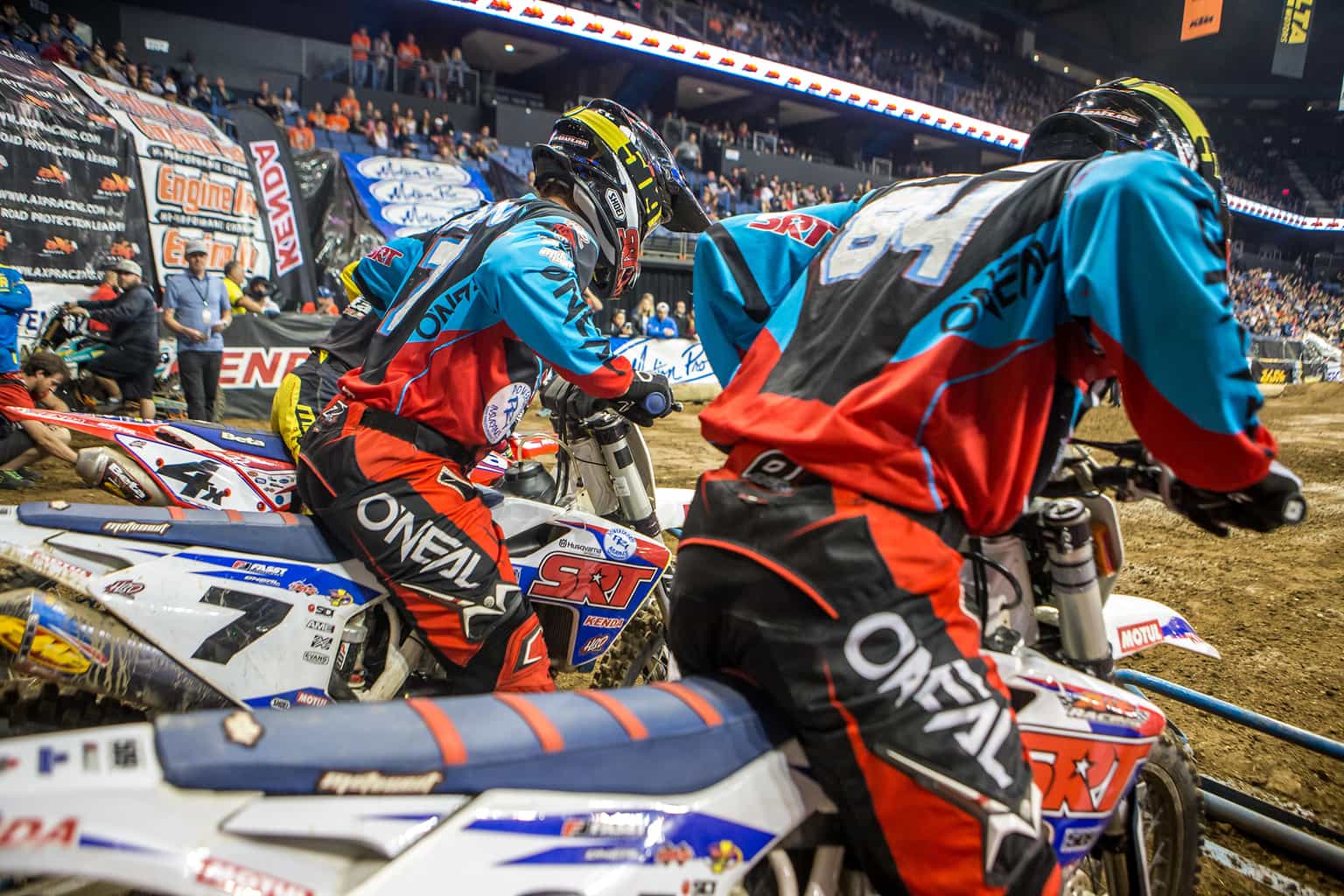 On the gate with Redmond, Hart, and Ashburn. Redmond finished the season in 4th and Hart beat out Tremaine by a point for 2nd. 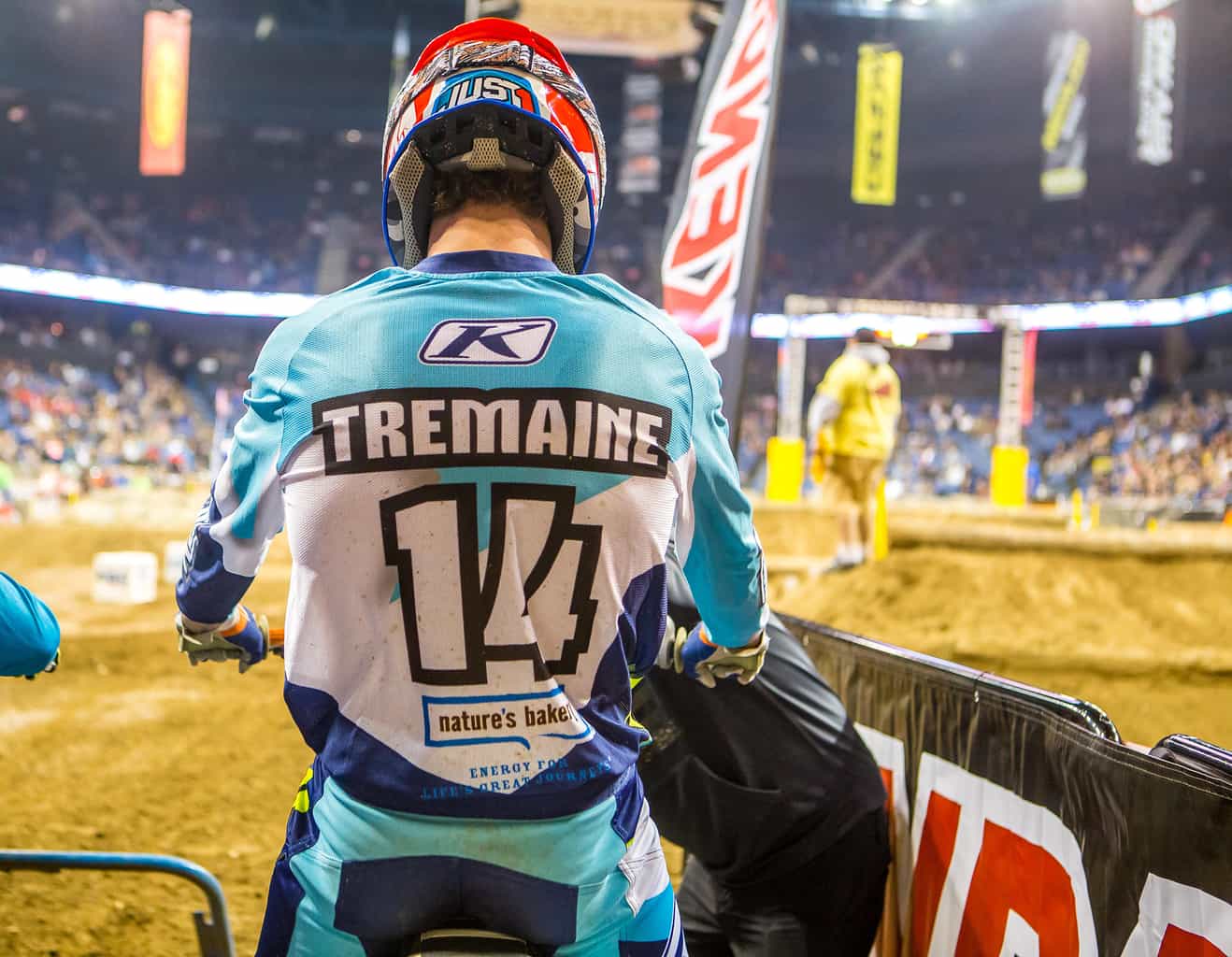 Ty Tremaine finished out the season in 3rd but showed a lot of speed at the final round. Ty was able to get an early lead on the rest of the field. Unfortunately, he was no match for Webb’s speed in the latter part of the evening. 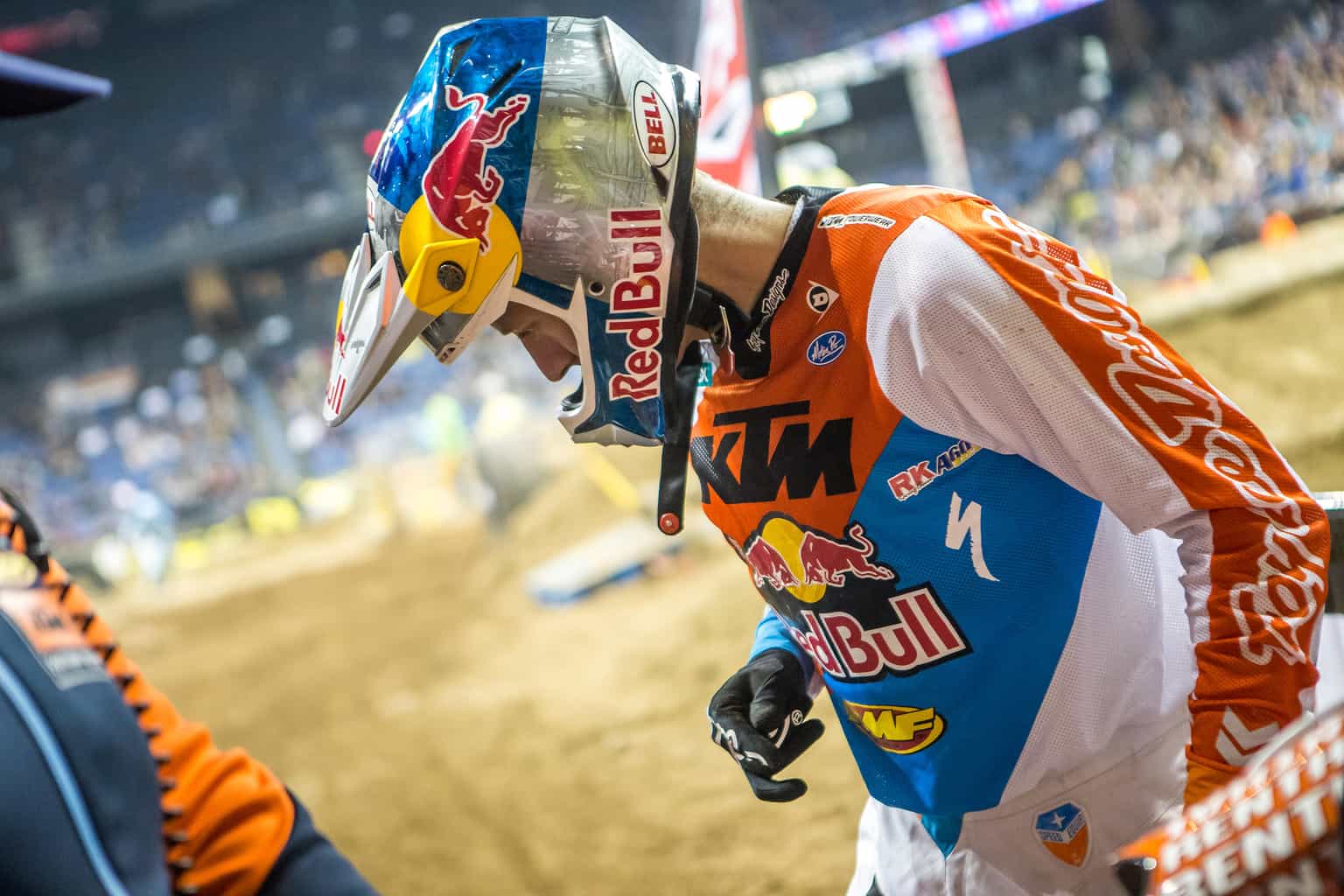 Cody Webb working on his gate pick before some head-to-head racing . 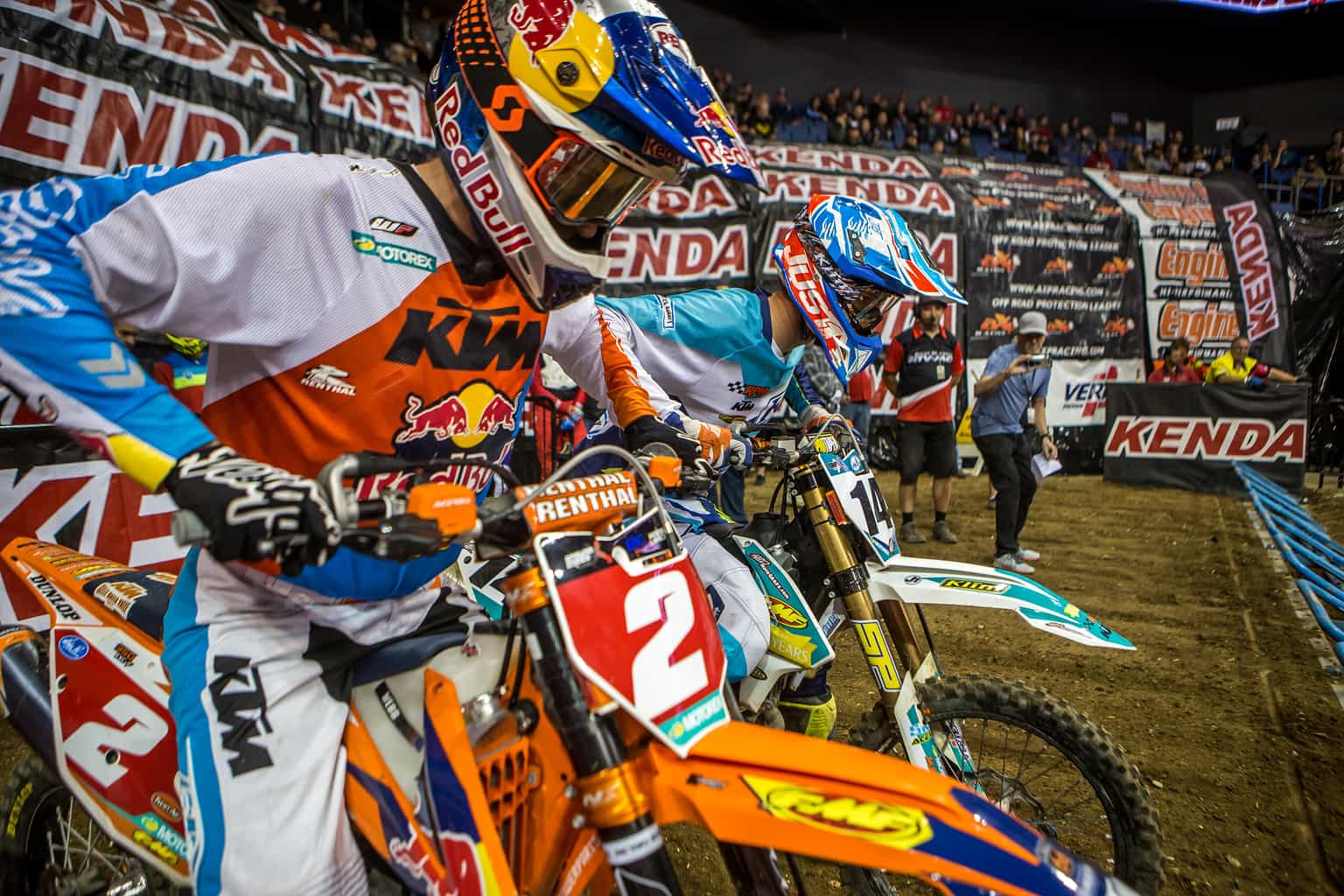 If these two switched gear you may not even be able to tell a difference. Tall, lanky, and tons of talent. Two friends going head to head in Ontario. 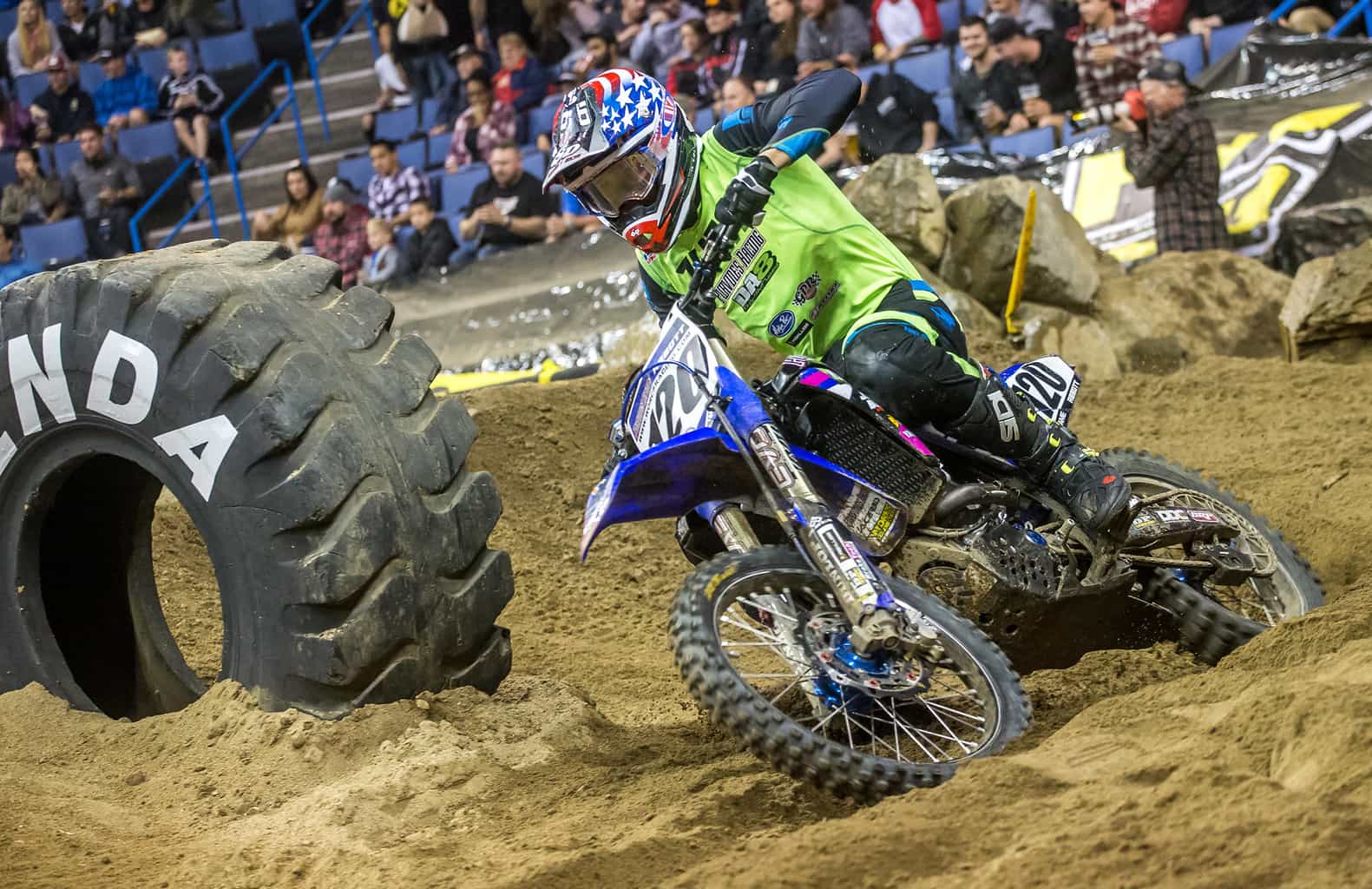 Cooper Abbott charging the final turn on course. Cooper would finish 9th in the series. You know there is plenty left in the tank for this young kid. 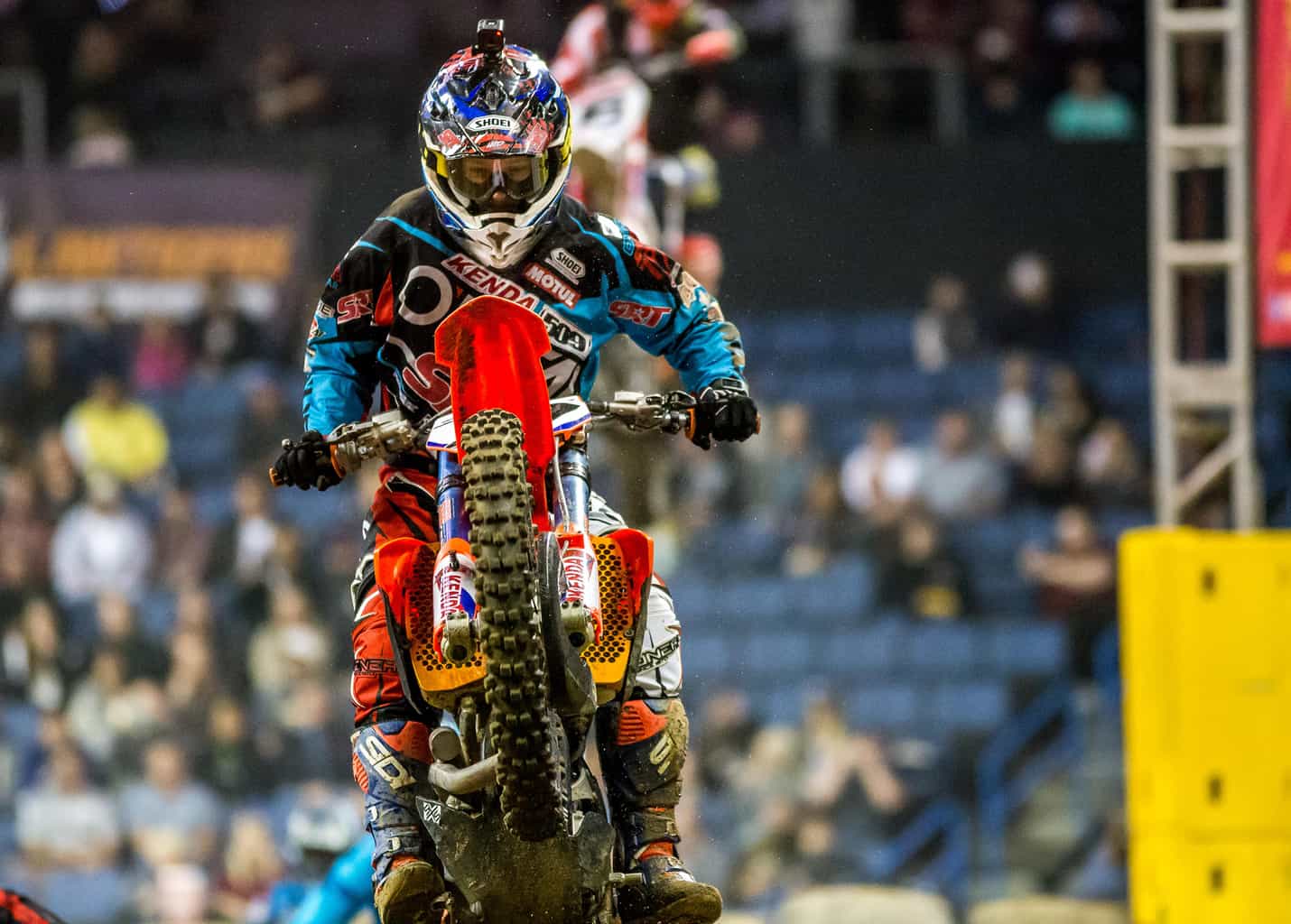 Wild Wally Palmer is always a fun one to watch. His crazy style and unique line choice kept the fans cheering during hot laps and racing. 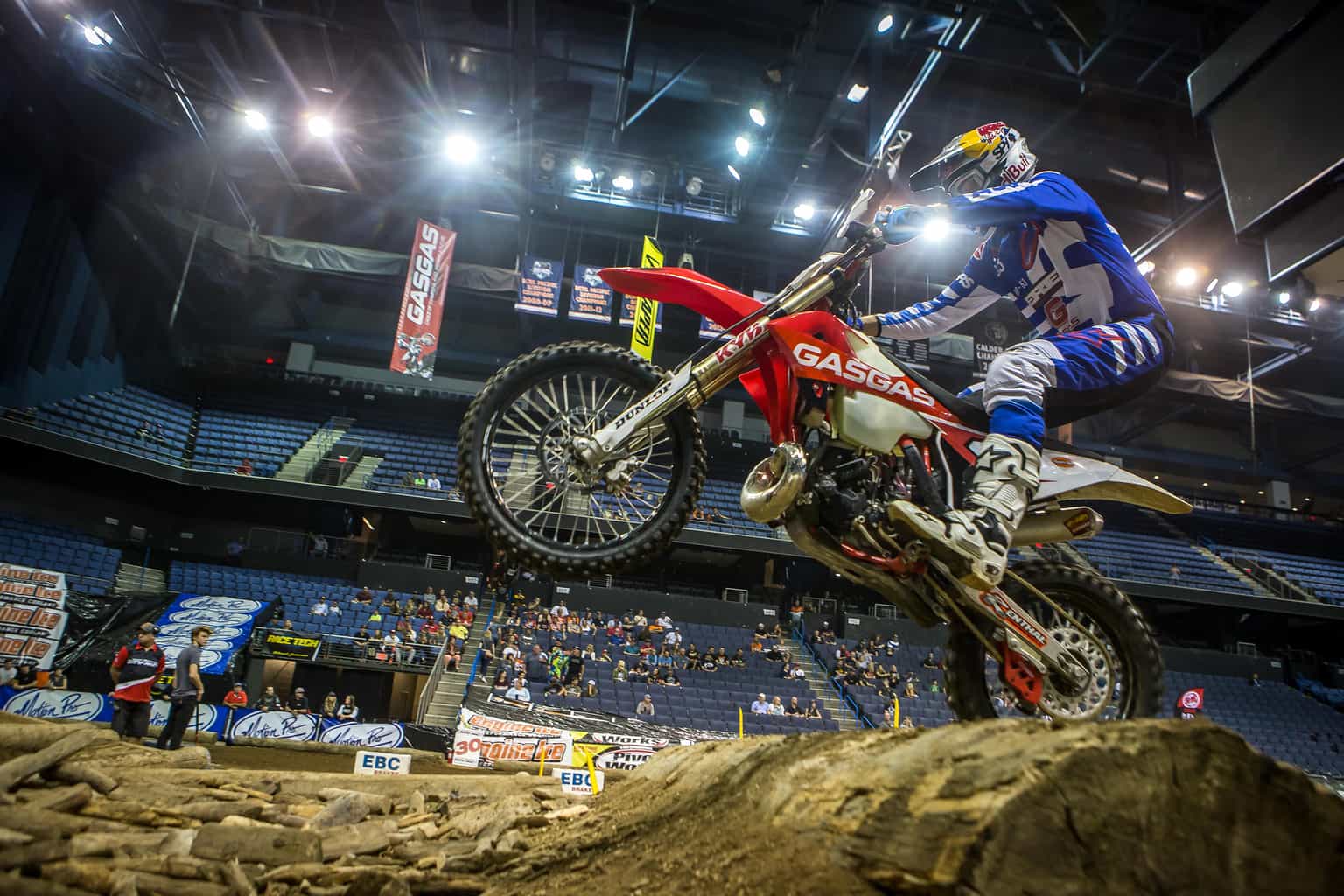 Trials expert Geoff Aaron has been around for a while … and that doesn’t mean he can’t hang with the young guns. Geoff held his ground and captured 10th in the season point standings. 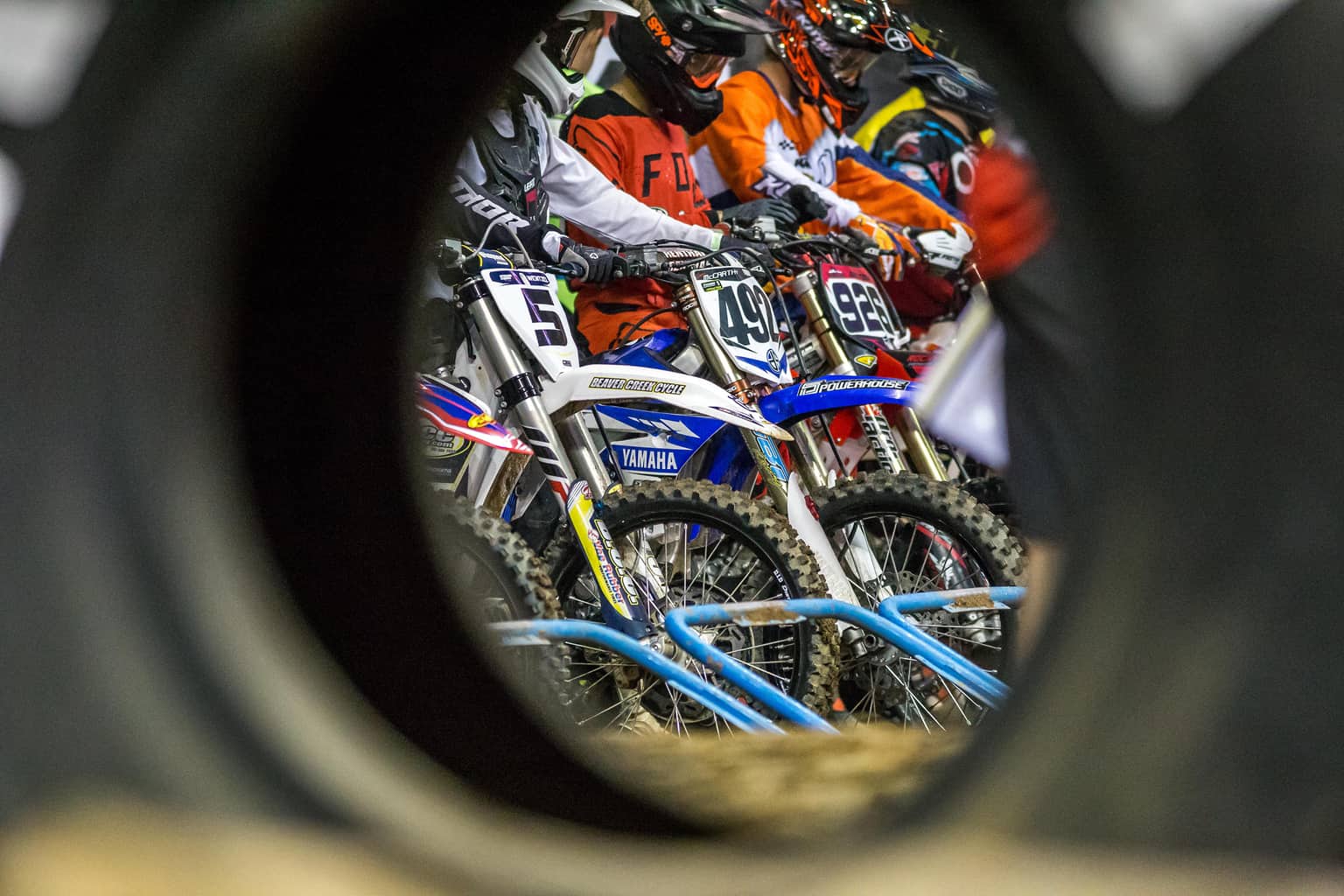 The start gate in Ontario was actually pretty wide open. The riders were able to have a good stretch to open up the bikes before shutting down and hooking a 90-degree right hander into more technical terrain. 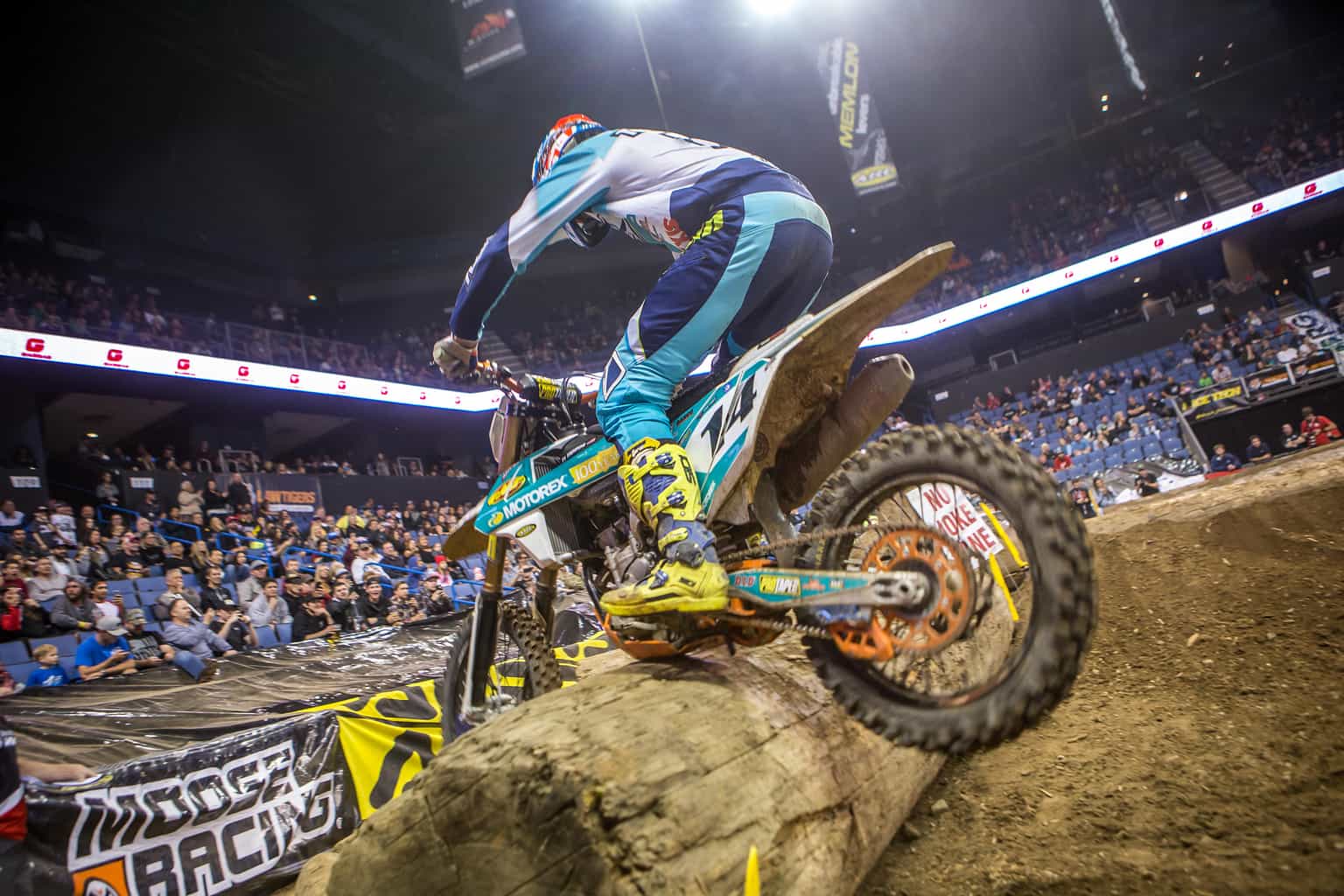 The “No Joke” lane last night really was NO JOKE. Three huge obstacles to get over in a very tight area. Here, Ty Tremaine navigates over the first log and looks ahead to plant his tires down before the rocks. 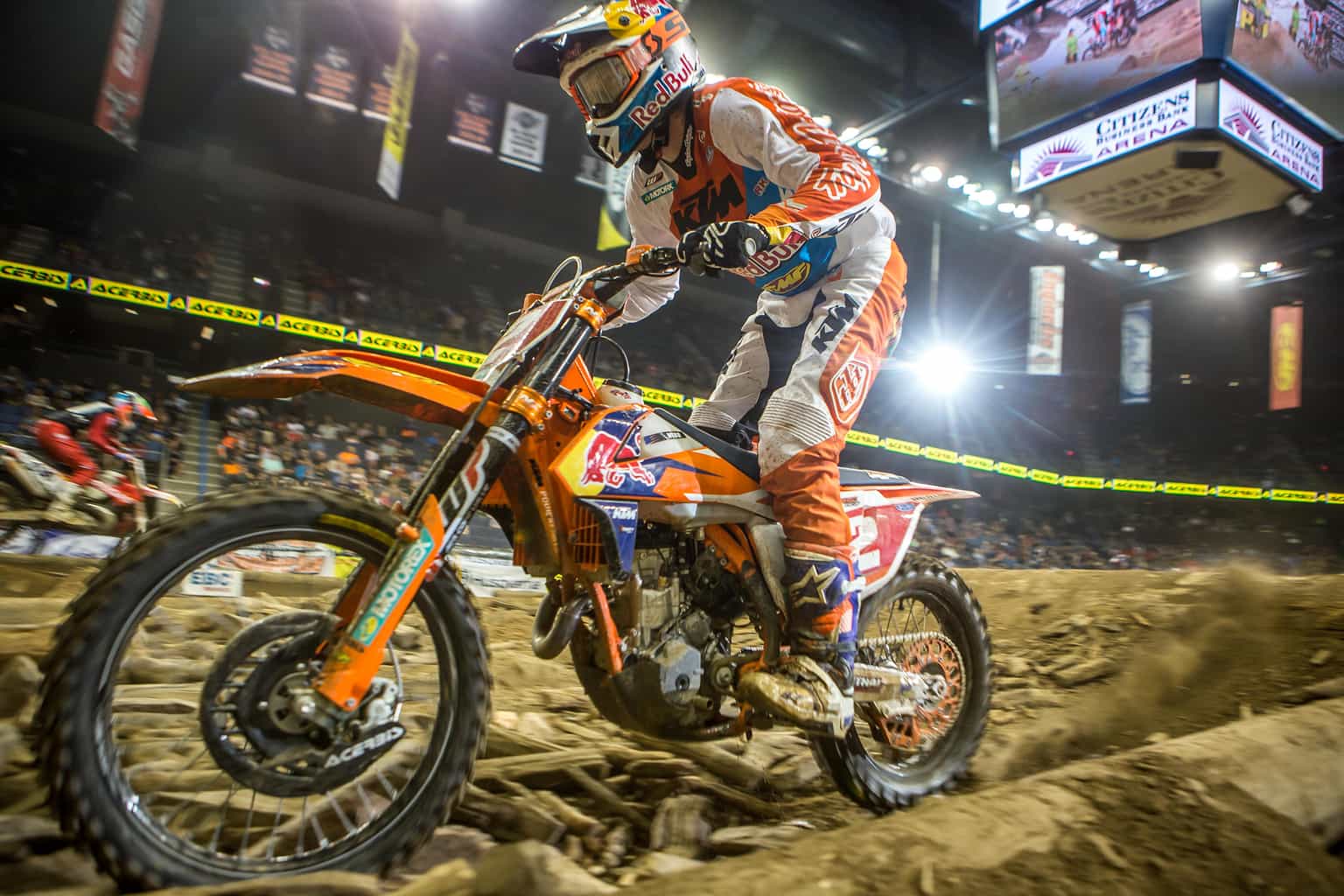 If you watch a Super EnduroCross rider go through a section your impressed … then Cody Webb goes through it and your mind is blown. Cody’s times were about 3.5 seconds ahead of the field heading into the main event last night. 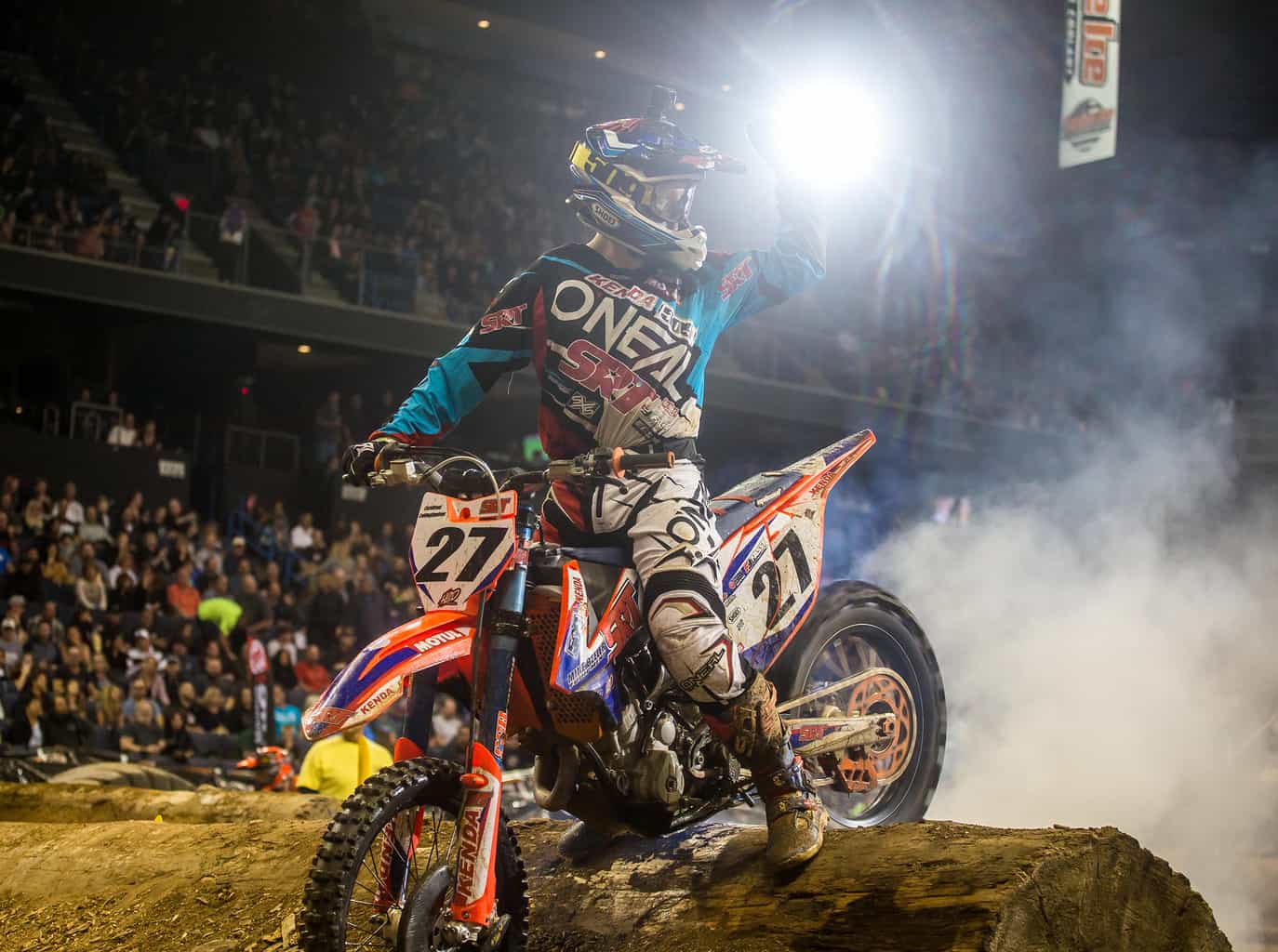 It doesn’t always take a race win to get the crowd excited. Wild Wally Palmer has the style to get the fans on their feet … regardless of placement. This is after his heat win against a tough field. 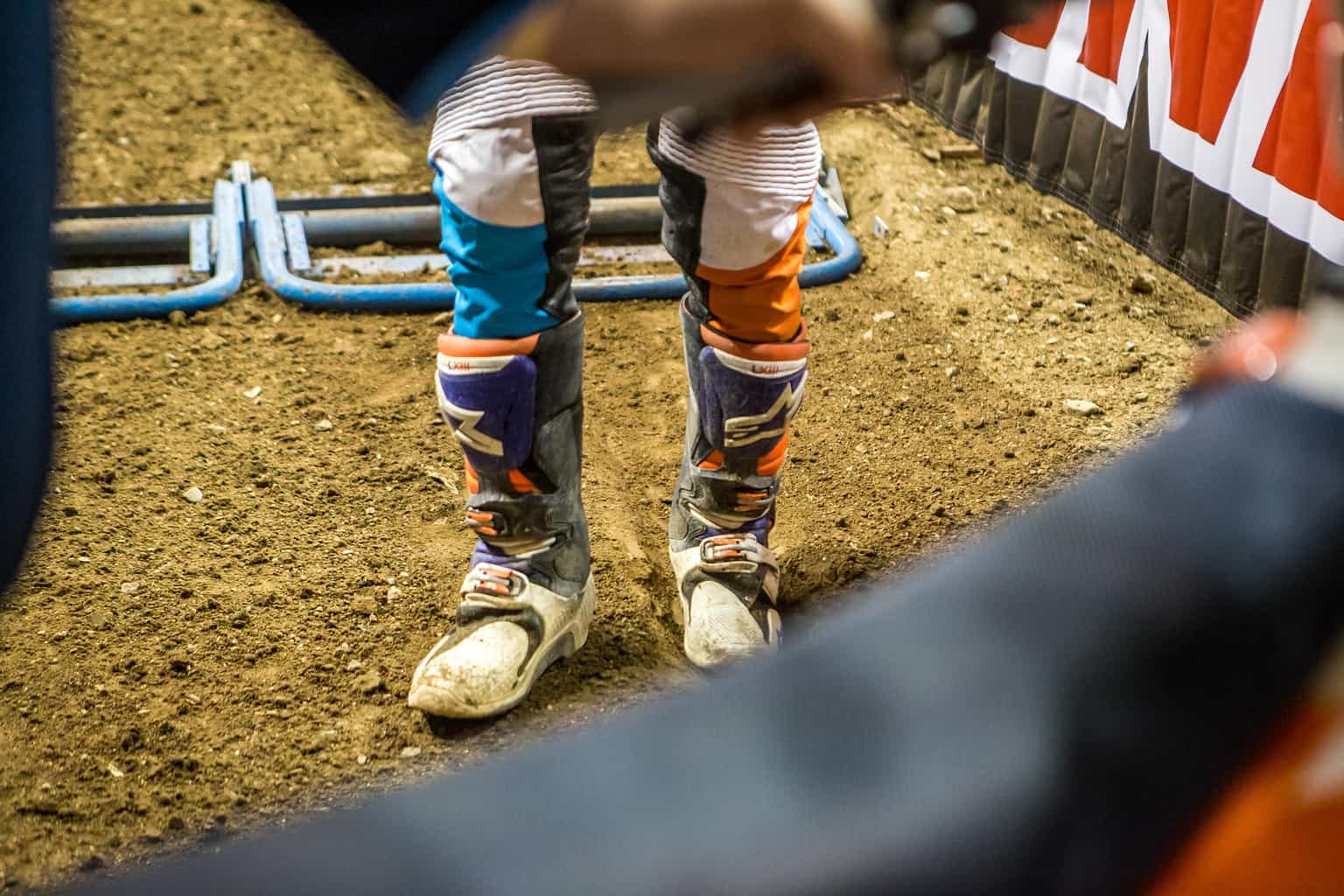 Closest to the box seemed to be the gate of choice last night. Riders must have packed down that same groove 100 times before the show was over. 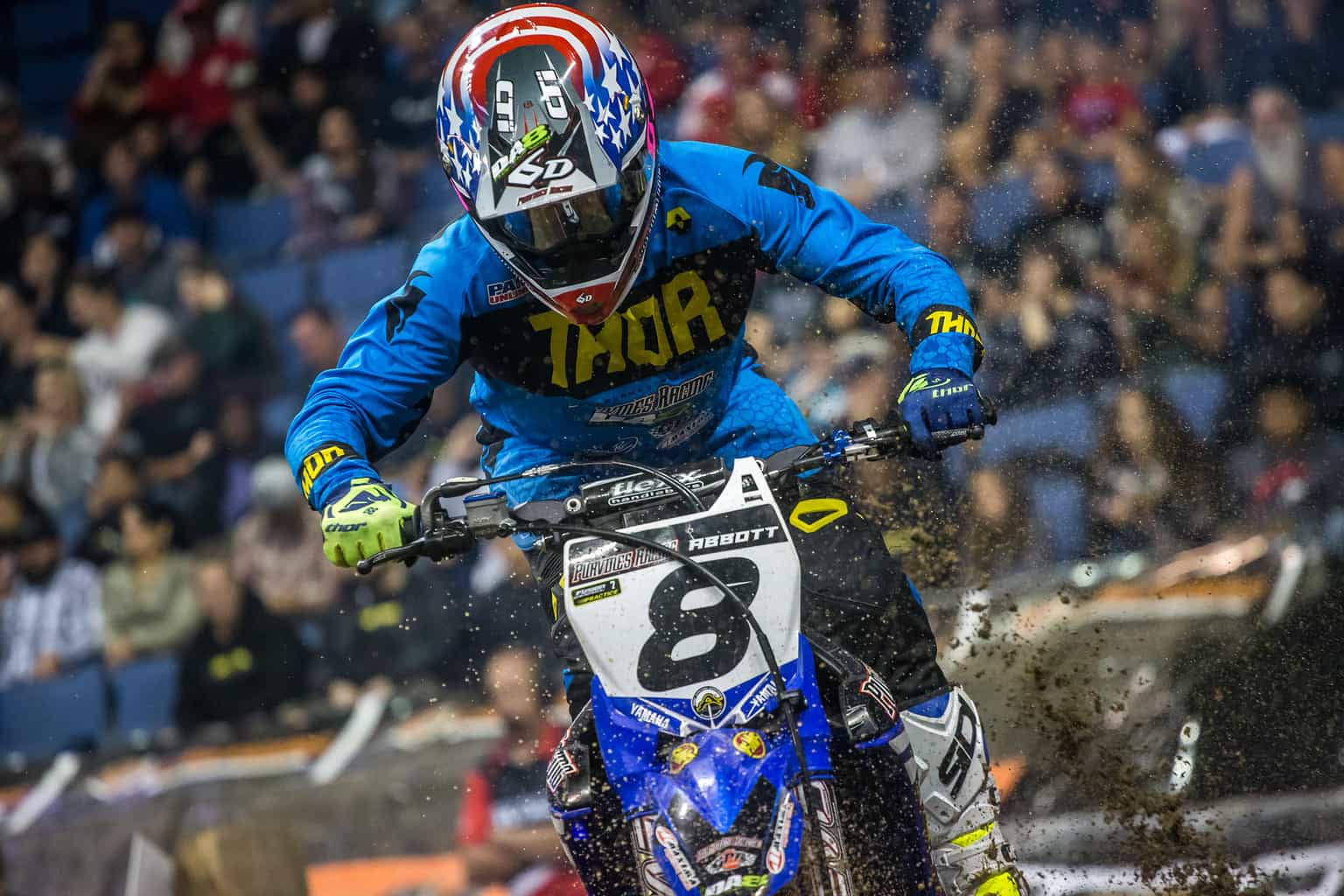 Destry Abbott is a bit of a cinderalla story. Just 8 months ago we weren’t sure when we would see Destry back racing. Destry came out with a bang in 2017 and won the Vet Championship with ease. Destry Abbott is not a quitter and showed true grit this year on and off the motorcycle. 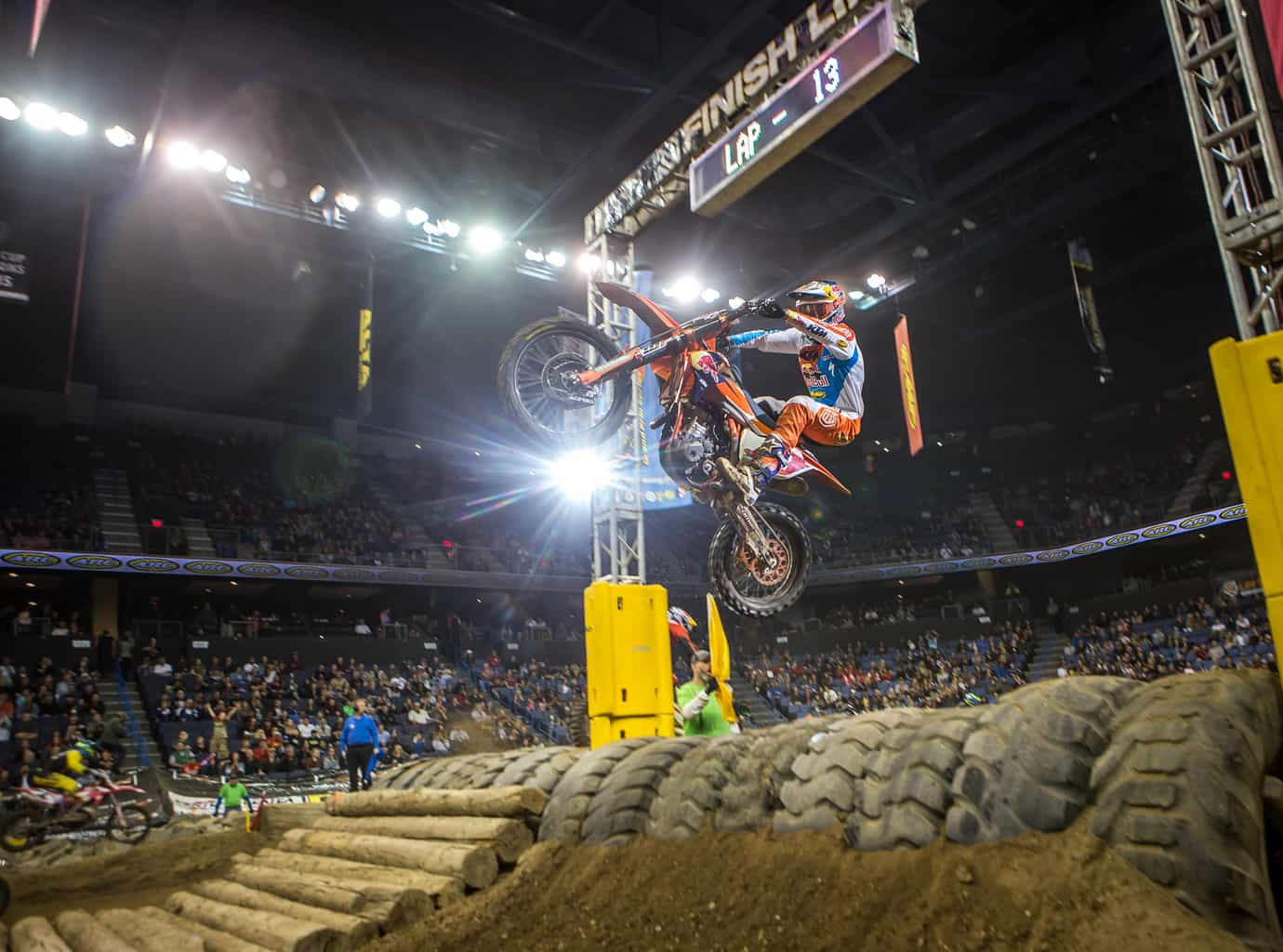 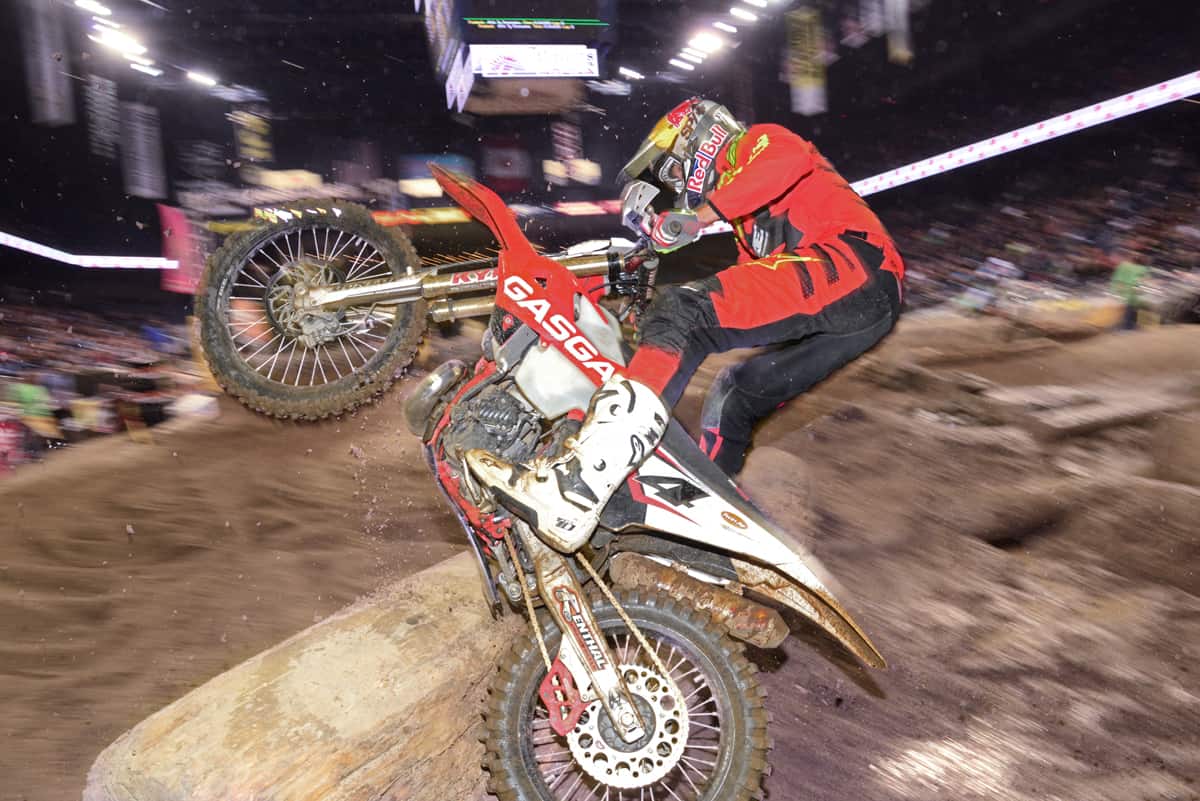 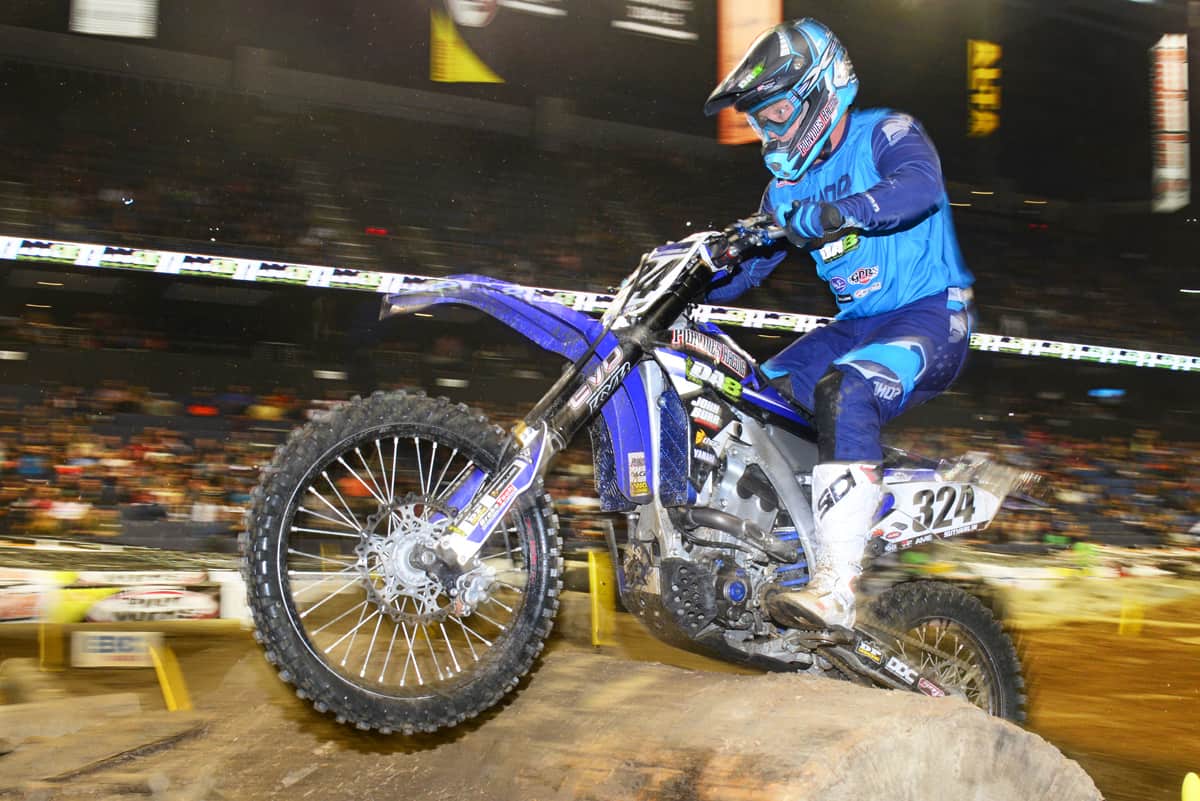 Gary Sutherlin is a two-time champ for 2018. He won the WORCS title and the National Hare & Hound number one plate. The EnduroCross final was just for fun. 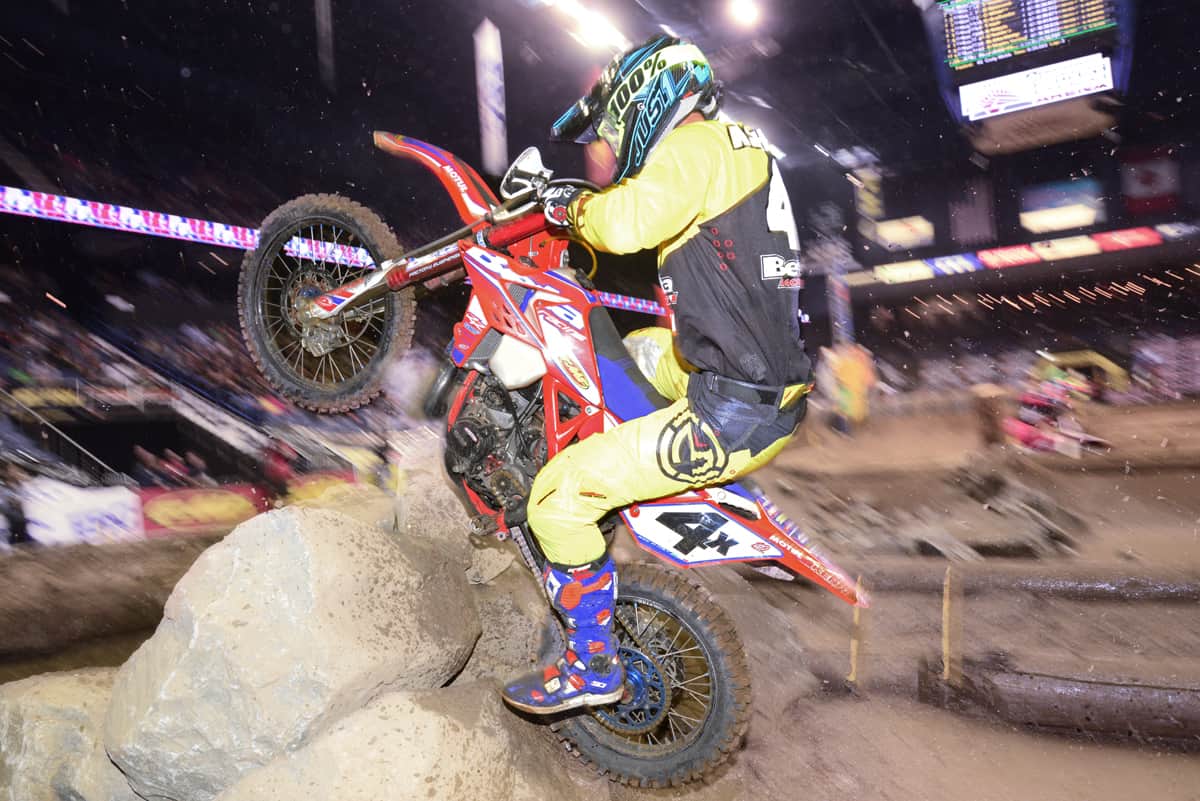 Jordan Ashburn was number 9 in the GNCC standings. He’s another rider who just came out for fun. 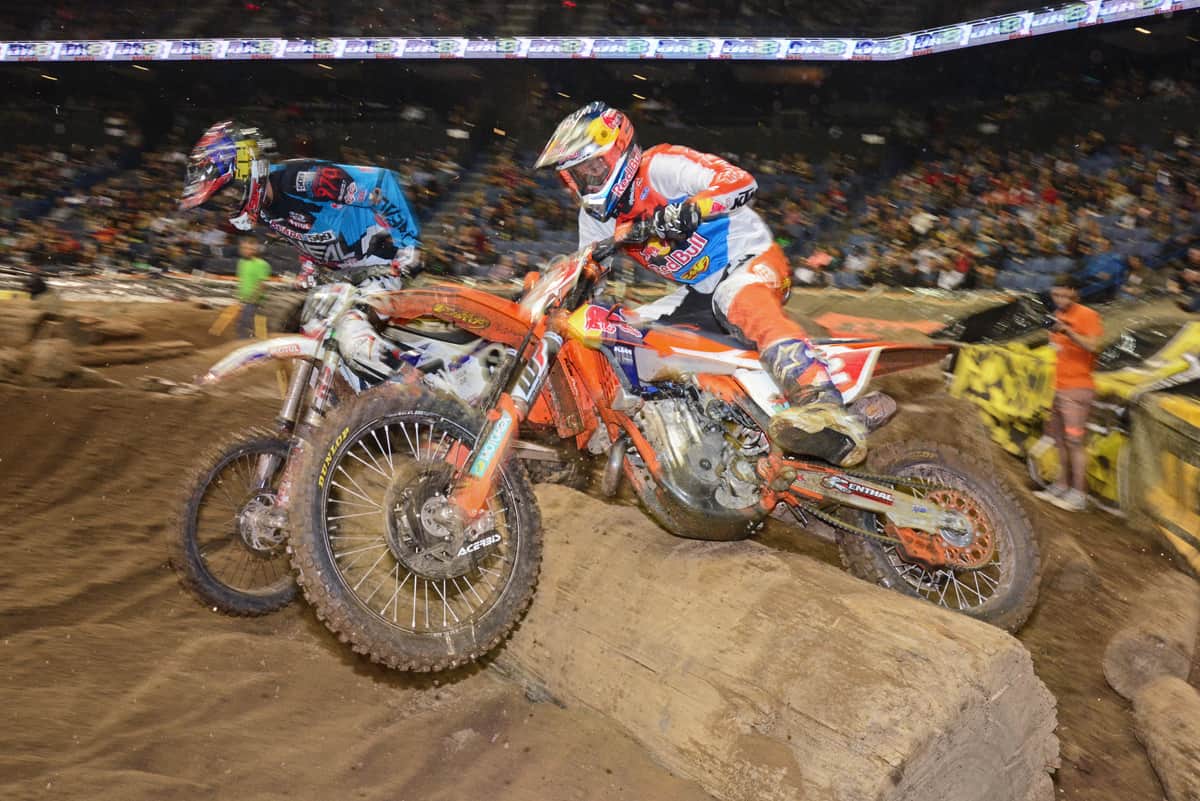 Cody waited until late in the race to take the No Joke Lane. His first lap crashed meant he didn’t have the lead until much later than normal. 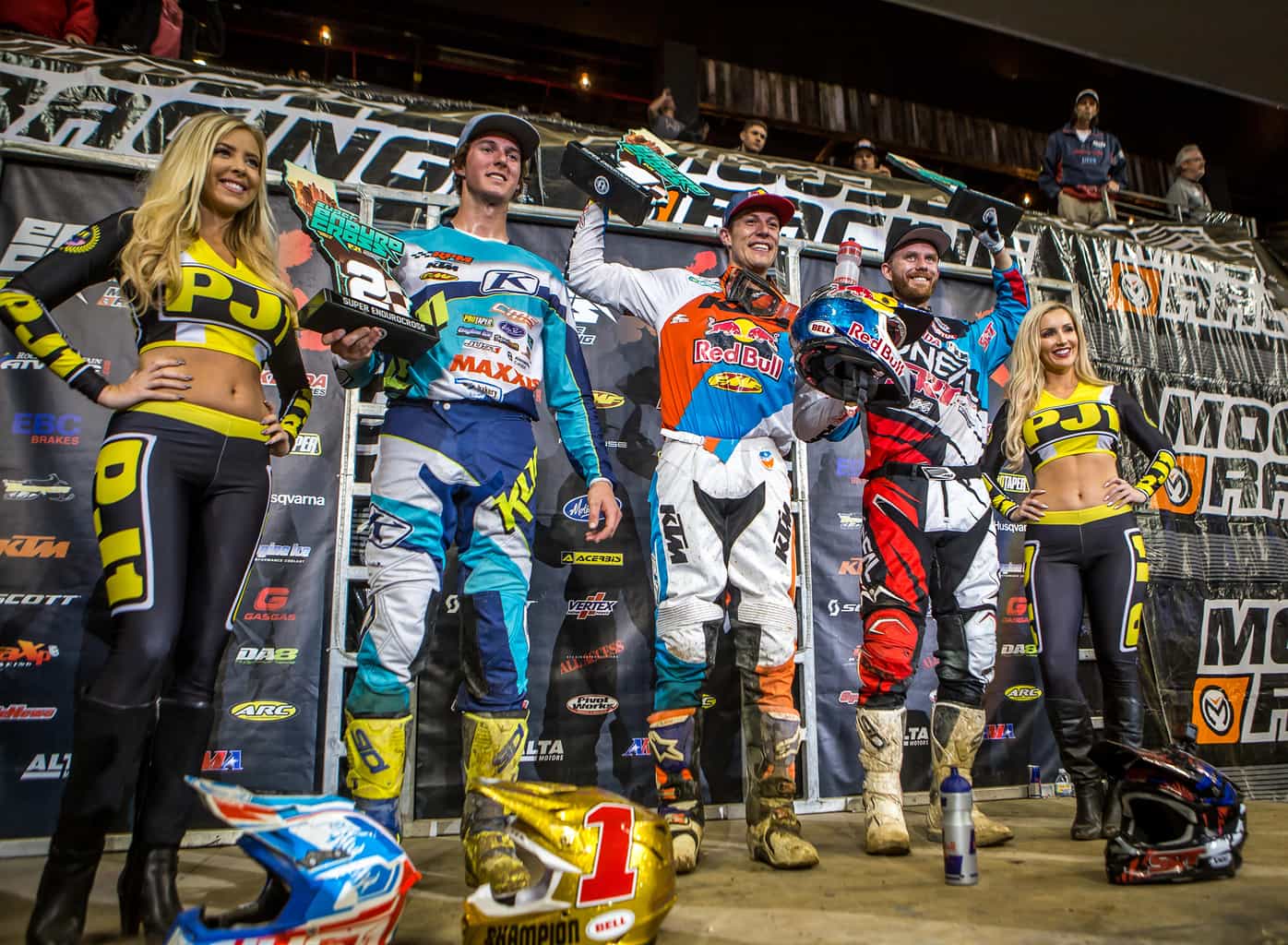 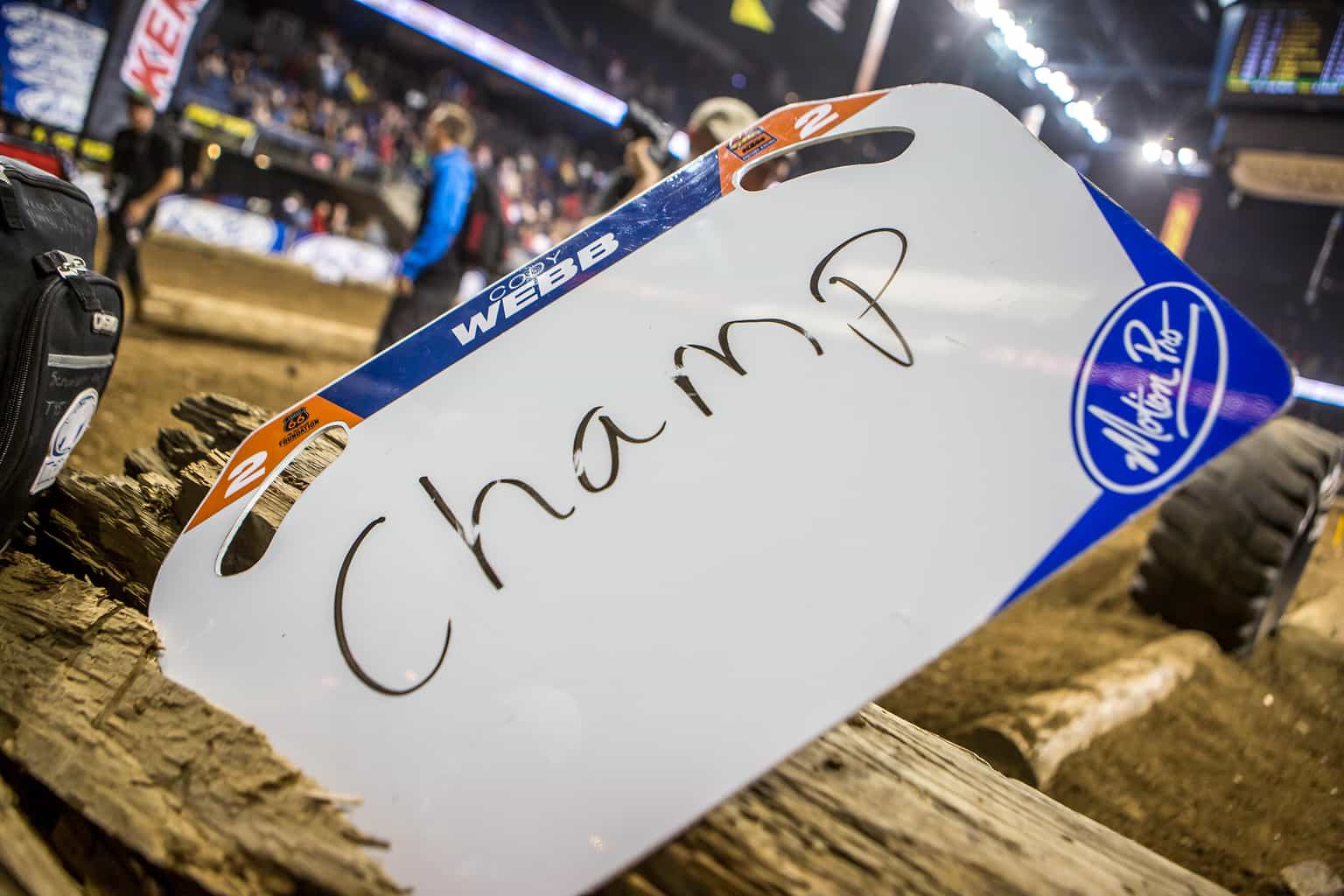