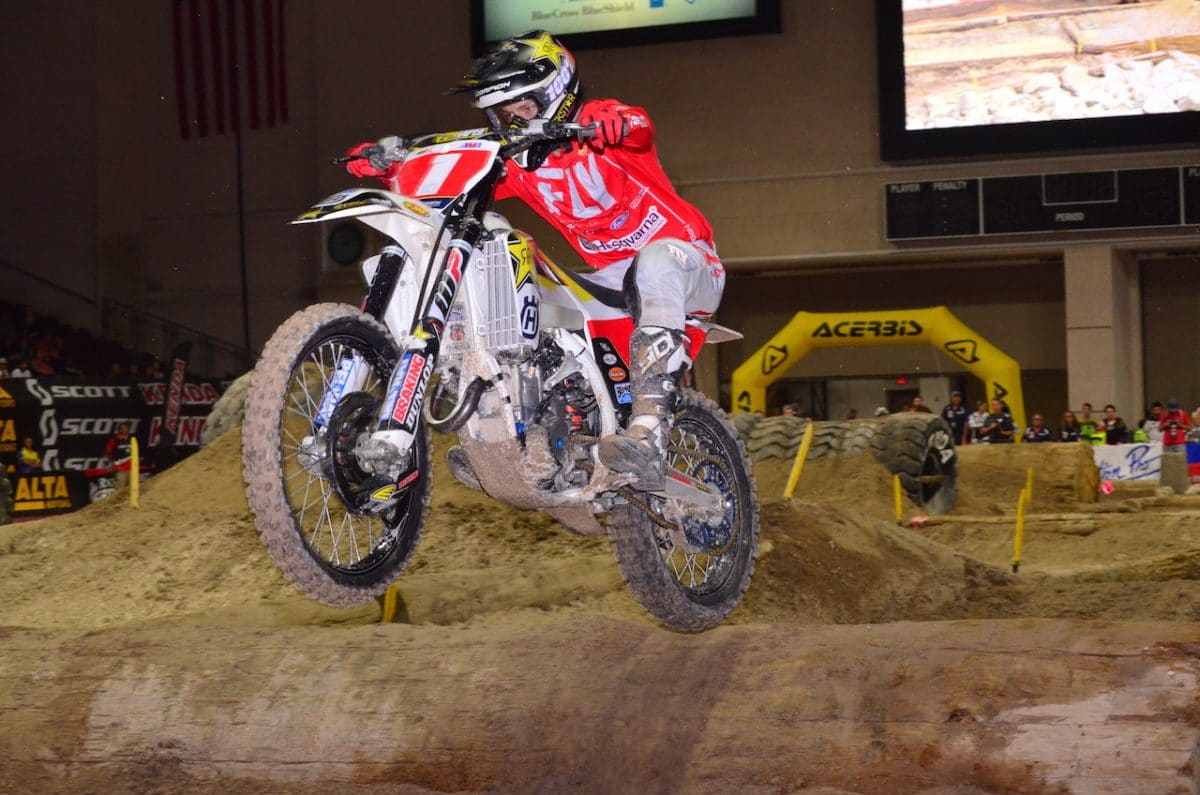 Cycle City Promotions announced today that the EnduroCross Racing Series will be hosting the first four rounds of the AMA Championship Series on different dates and at a different venue. The new location for the rounds will be at the Glen Helen Raceway in San Bernardino California. The new dates are October 23rd (Round One), October 24th (Round Two), October 29th (Round Three) and October 30th (Round Four).

The final two races will still take place in Nampa, Idaho at the Ford Idaho Center on the same dates. The updated schedule is as follows:

“After continued conversations regarding the safe and best way to bring EnduroCross back to both the racer and spectator, we decided it was in everyone’s best interest to relocate to Glen Helen Raceway,” said Tod Hammock, president and founder of Cycle City Promotions. “This venue is only 70 miles north of our previous one, and we hope the new dates will allow racers a little extra time to prepare and attend.”

The continued priority at these six events will be health and safety of the riders, fans and support staff involved. Our return to racing will be a responsible one, including guidelines and protocols for competitors and essential staff. We will continue to work with both venues and will comply with all federal, state and local mandates.

The goal for all six events is still to allow spectators to attend in a safe way that ensures social distancing can be maintained. We will release additional details on spectator attendance and ticket purchasing options in the near future.

The 2020 Endurocross Racing Series will be available for nationwide viewing either via television broadcast or live webcast subscription program. We are in the final stages of confirming these details and will make that information available as soon as we are able.

Rockstar Husqvarna’s Colton Haaker is returning to defend his championship and Cody Webb, fresh off winning the RevLimiter, has joined the FactoryOne Sherco team to try to get another title of his own. Each of them has won three championships and is aiming for a fourth.