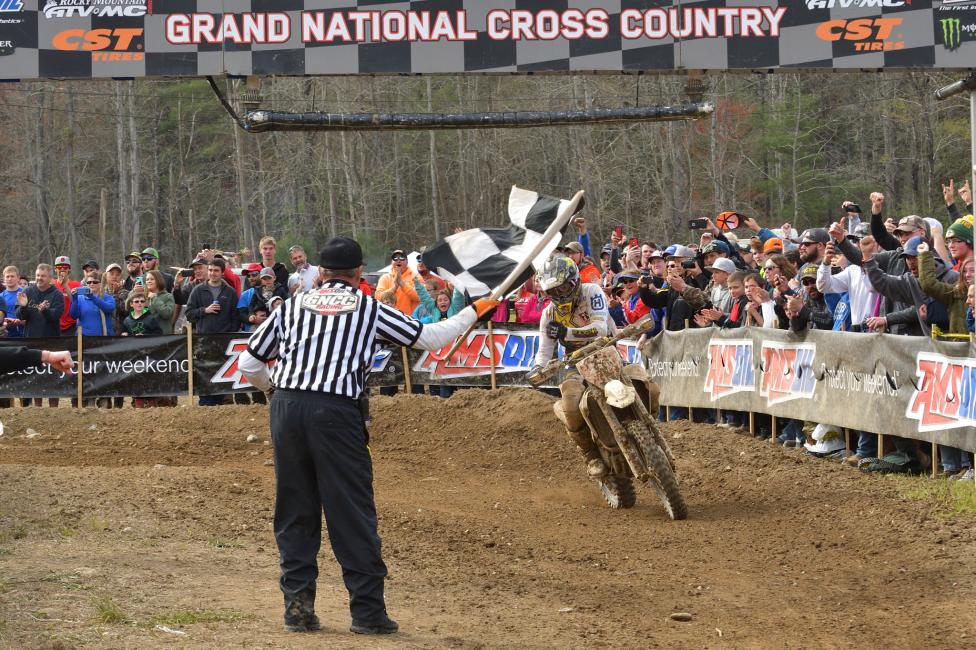 As the green flag flew it was KTM Canada/Thor/Parts Canada-backed rider, Kaven Benoit coming away with the $250 All Balls Racing XC1 Holeshot Award. It wasn’t long before K. Russell made the pass for the lead, and took advantage of the clear trail ahead of him. Coming through timing and scoring on lap one K. Russell checked in 24 seconds ahead of Duvall, followed by AmPro Yamaha’s Ricky Russell and JCR Honda’s Trevor Bollinger.

Bollinger would make the pass on R. Russell during lap two, and push forward trying to make up time on the two front-runners. However, coming through the finish Bollinger remained at a three-minute deficit. Tely Energy Racing/KTM’s Steward Baylor Jr. was also on the move behind Bollinger coming in 54 seconds behind him.

Duvall would earn the lead on lap three as both him and K. Russell pitted for gas. Duvall was able to re-enter before K. Russell, and the two would continue their wheel-to-wheel battle until the white flag came out. K. Russell had regained the lead, but with just miles to go until the checkered flag came out Duvall would make the pass and come through first followed by K. Russell just seconds behind him. 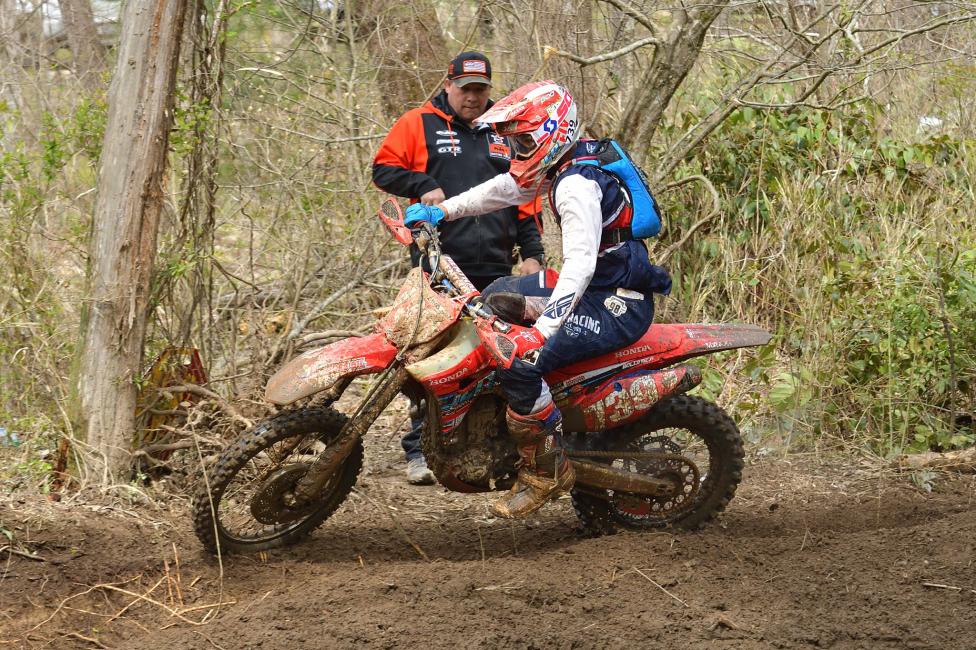 Trevor Bollinger earned his first podium finish of the season in front of his hometown crowd.

Steele Creek fan favorite, Bollinger would come through in third earning his first podium finish of the season in front of his family and friends. S. Baylor would finish out the day with a fourth place finish.

Beta USA’s Jordan Ashburn was running fifth during the first half of the three-hour race on Sunday. Ashburn would battle throughout the day, and ultimately finish sixth in XC1 Open Pro. Rockstar Energy/Factory Racing Husqvarna’s Josh Strang battled during the race with Ashburn, and would make the pass for fifth on lap 3. Strang would finish out the day fifth in XC1 and seventh overall. 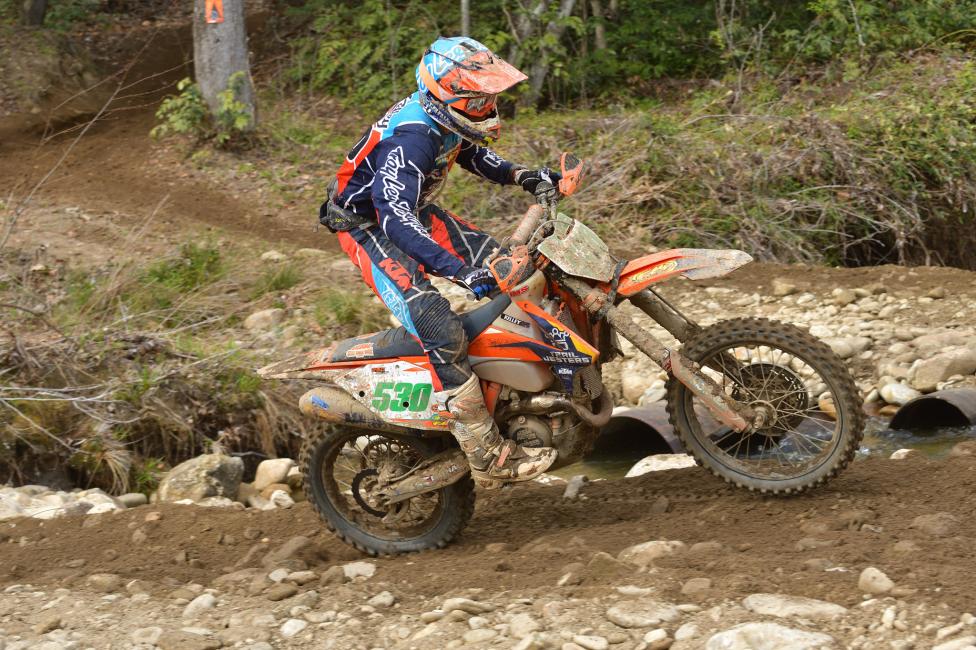 Earning his third-straight win was Ben Kelley in the XC2 250 Pro class.

When the XC2 250 Pro class took off it was the number 117 of Coastal Racing/Husqvarna’s Pascal Rauchenecker grabbing the $100 Hot Cams Holeshot Award. By the time they came through the finish on lap one it was Trail Jesters/KTM’s Ben Kelley in the lead followed by Rauchenecker in second, and FMF KTM Factory Racing’s Josh Toth in third. Kelley took home his third consecutive win, while Toth and Rauchenecker rounded out the top three in the XC2 250 Pro class.

As the FMF XC3 125 Pro-Am class took off it was Coastal Racing/Husqvarna’s Alex Teagarden with the $100 FMF Holeshot Award. However, Raines Riding University’s Jason Raines would take over the number one spot during the first lap. The number one spot would then be taken over by the Sherco-backed rider, Jason Langenback for the next two laps before Ape Graphics/Boyesen Racing’s Christopher Venditti made the pass on lap four. FMF/Maxxis/RPM KTM’s Jesse Ansley would make the pass for the lead, and take his second win of the season followed by Venditti and Teagarden. 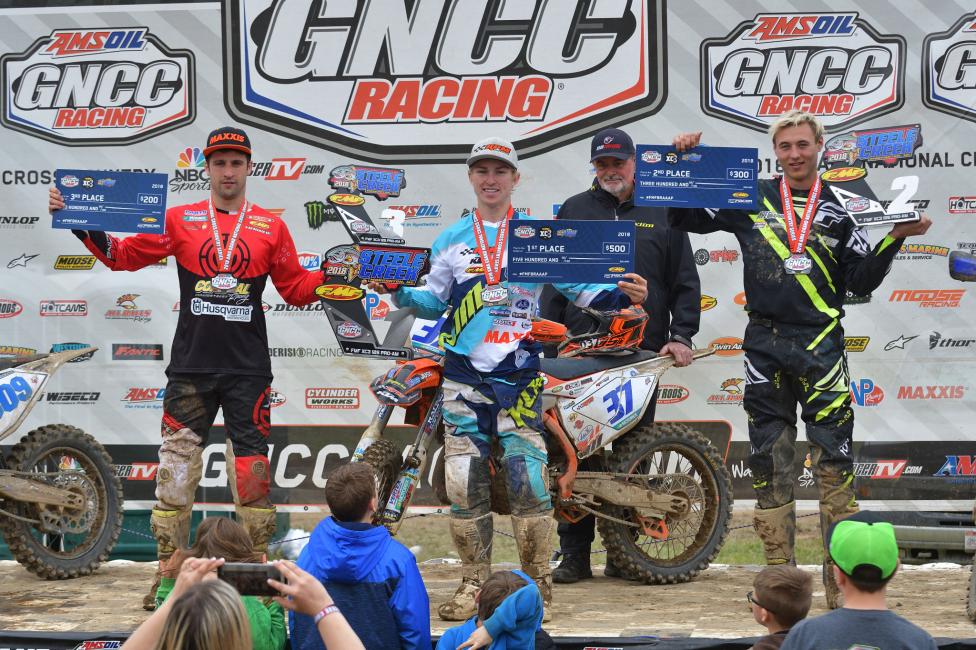 250 A rider, Jojo Bowden took home the top honors award with his 26th overall finish and first in 250 A. This marks Bowden’s second win of the season in 250 A. Brewer Cawley and Bryce Koster rounded out the amateur podium at the FMF Steele Creek GNCC.

The 10 a.m. amateur race was nothing short of intense racing. Fly Racing/Maxxis/Seat Concepts Becca Sheets would earn her first win of the season and stop the success of fellow WXC rider, KR4/Husqvarna’s Tayla Jones. Sheets would start the day out in third, but battle throughout the course to move her way into the lead position on lap two and never look back. Jones would finish second, and Australia’s Mackenzie Tricker rounded out the WXC podium in third.

The 8 a.m. youth race would see a new winner in round four this weekend at the FMF Steele Creek GNCC. Max Fernandez, in the YXC1 Super Mini Sr. (14-15) class, would take home the top honors when the race finished. Grant Davis racing the YXC2 Super Mini Jr. (12-13) would come through in the second overall position during the youth race followed by Ayden Pratt of Jefferson, Pennsylvania in the third overall position. 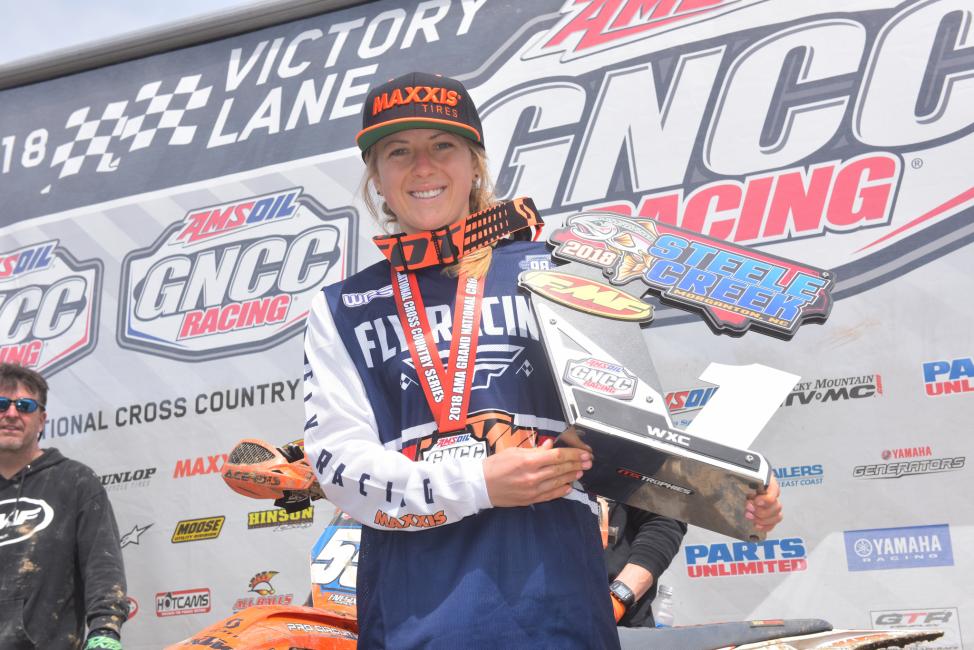 Becca Sheets topped the WXC podium for the first time this season.

The 1 p.m. pro bike race was broadcast LIVE in its entirety on RacerTV.com and can be viewed as archived video online by visiting the GNCC LIVE page online. A highlight show featuring the event will be aired on the NBC Sports Network on Saturday, May 26 at 2:30 p.m. 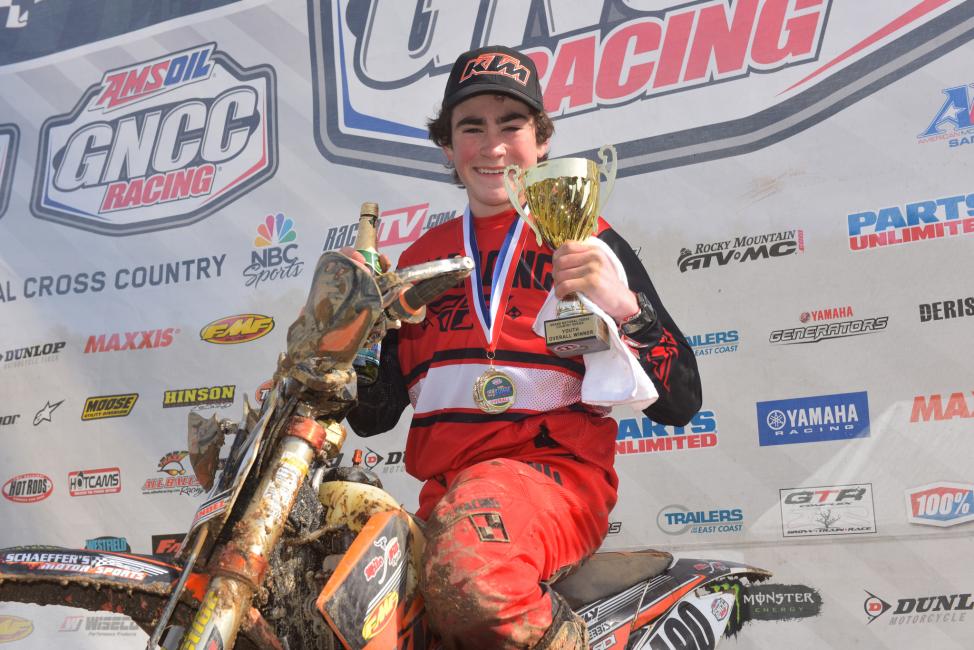