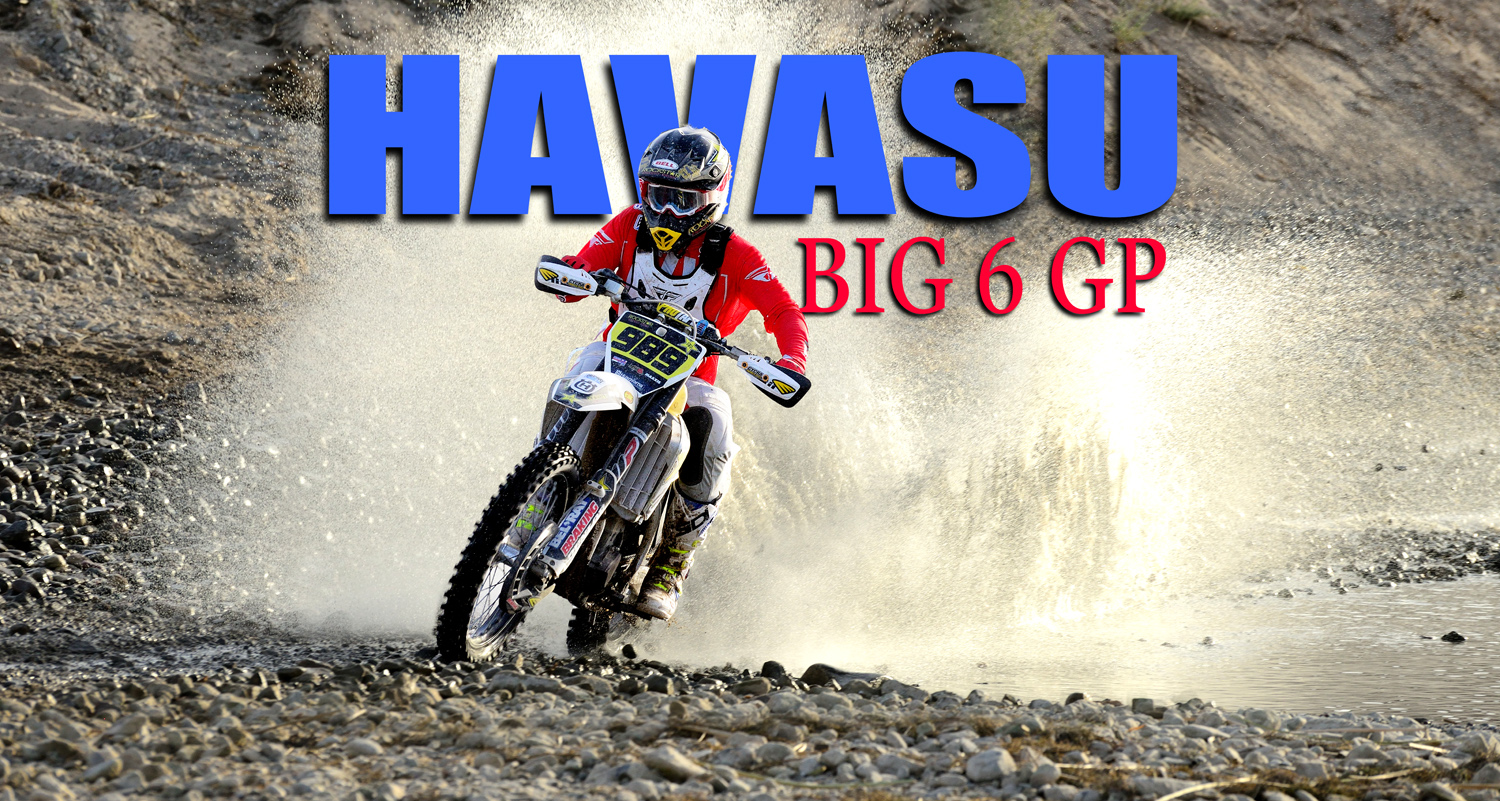 The  2017 District 37 Big 6 series wrapped up this weekend with some fireworks at Lake Havasu. Most of the regulars were there, including Zach Bell, who had all but clinched the Pro number one plate. The only rider with a shot at unseating him was JCR’s Trevor Stewart, who was out with injury. The real excitement, however, came from visiting GNCC regulars Kailub Russell, Thad Duvall, Josh Toth and Ben Kelley. Additionally, Icelandic MX rider Eythor Reynisson was riding in place of Stewart and former WORCS champion Ricky Dietrich was down from Oregon. It was one of the most diverse Pro classes the Big 6 series had ever seen.

If this were to be viewed as an east versus west showdown, the victory went decisively to the east. Red Bull KTM rider Kailub Russell and Rockstar Husqvarna’s Thad Duvall pulled away from the field in their own private battle. It all started with Russell getting the holeshot and then being passed by newly signed Husky rider Dalton Shirey. After a few laps, Shirey started to tighten up and eventually let Kailub back into the lead. Then he fell and never got back up to the same speed. Duvall, on the other hand, started off slowly and got into second place before the halfway point. Then he gradually started to catch up. “There were a lot of places on the course where I could see Kailub and judge where he was,” said Duvall. “I knew I was getting closer.” In the meantime, outgoing Big 6 number one Eric Yorba was doing some catch-up work of his own. He fell and was in 12th place at the end of lap one. “It was really tough passing riders. I used up all my energy getting up to about sixth place and then stayed there for a long time.” Third place for most of that time belonged to Travis Damon, who was having one of his best rides of the season. With about two laps to go, Yorba passed Damon to secure a podium spot. While this was going on, Zach Bell was riding conservatively in fifth, counting down the laps to his number one plate.

With about two laps to go, Duvall started catching Russell more decisively. He took the lead with a lap to go. “I caught a rock in my rear brake,” said Russell later. “It was causing the brake to drag. I didn’t really know what was wrong, I just knew that I didn’t have much rear brake and the bike was slowing down.” That meant he never rechallenged for the lead and Duvall crossed the finish line in first.

In the Pro 2 class, the final championship battle was overshadowed by visiting New England riders Josh Toth and Ben Kelley. Toth clinched the GNCC XC2 title earlier in the year for the Ampro Yamaha team and this was to be his first ride for the Red Bull KTM team. Kelley, who rides for the New England Trail Jesters, was in control for most of the race. Points leader Beau Baron was a few places back, keeping tabs on his district 37 rival Mitch Anderson. Anderson was riding injured just to keep his title hopes alive. In the end, Kelley and Toth won by a large margin over the western riders.

For more results, go to www.bigsixracing.com