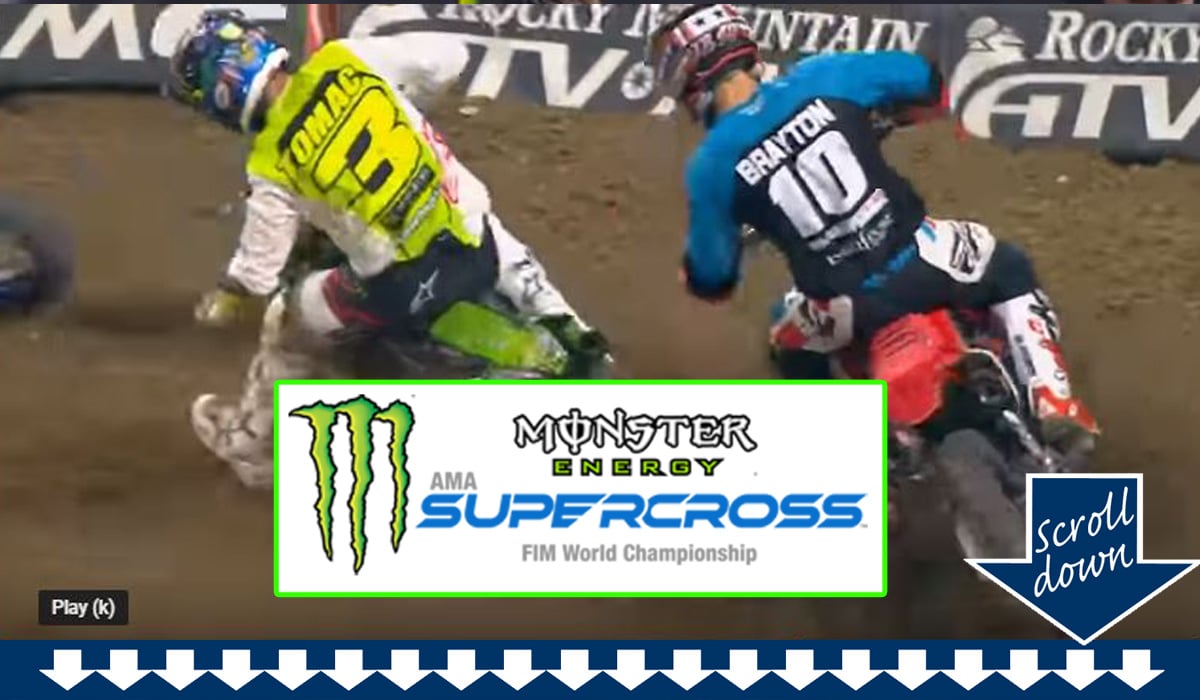 Eli Tomac won the Detroit Triple Crown Supercross convincingly, and established that when he’s on, he’s still the fastest man on any given day. He won the first two races easily, while Cooper Webb struggled to find his rhythm. In the final race, Tomac lost a little of his mojo after a bad start and some early mistakes. Up front, Blake Baggett battled with Justin Barcia until Cooper Webb got into the mix. In the end, Webb got that win narrowly over Baggett while Tomac was sixth. That was still enough to give the overall win to Tomac. For full results from Detroit, click here.