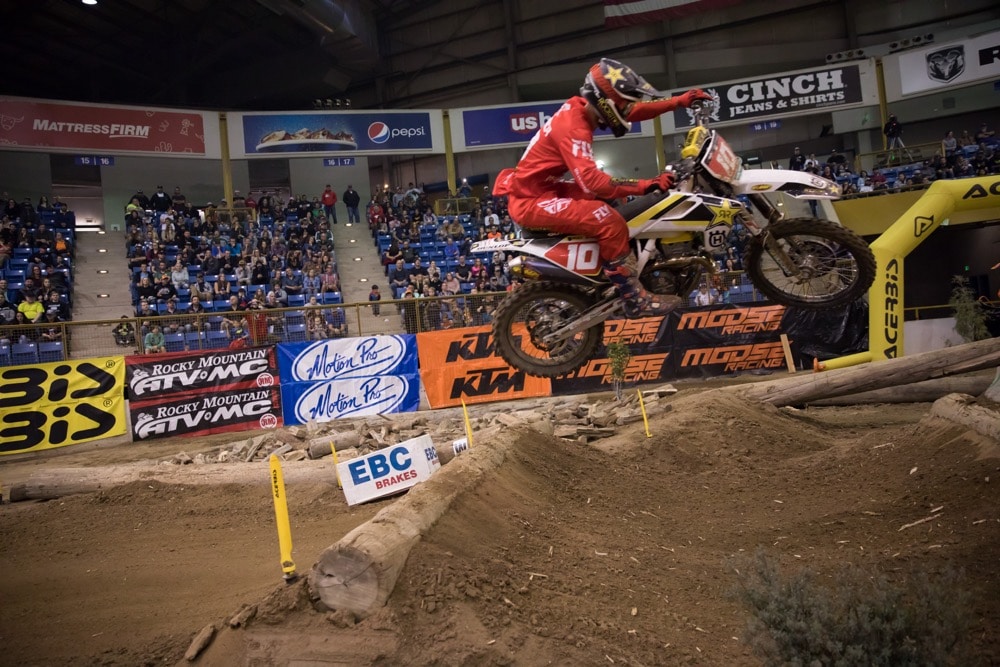 Ty Tremaine rode another impressive race to secure back-to-back podium positions, taking his new Beta Factory Racing 300 two-stroke to the podium after riding it for the first time this week.

Webb was riding with his usual stellar form in Denver, carrying a ton of momentum into the Main Event and looked to be the favorite for the win. He started by taking his Heat Race win over Tremaine and Gas Gas’ Noah Kepple. Cooper Abbott, Mason Ottersberg and Austin Schiermeister rounded out the top six to go straight to the main.

Then, Webb set the fastest Hot Lap time over Haaker and Tremaine to head into the Bracket Races as the top seed. Haaker had a banner day, winning his Heat Race over SRT’s Kyle Redmond and Gas Gas’ Geoff Aaron. Ty Cullins, Dustin McCarthy and Daniel Mundell finished fourth through sixth, respectively, to transfer straight to the Main out of heat two.

Then, Haaker took the win in the hotly contested Bracket Race with an aggressive pass in the second turn that put Webb out of contention in the final head-to-head, one lap sprint—both wins earning championship points for Haaker’s hunt for the #1 plate. 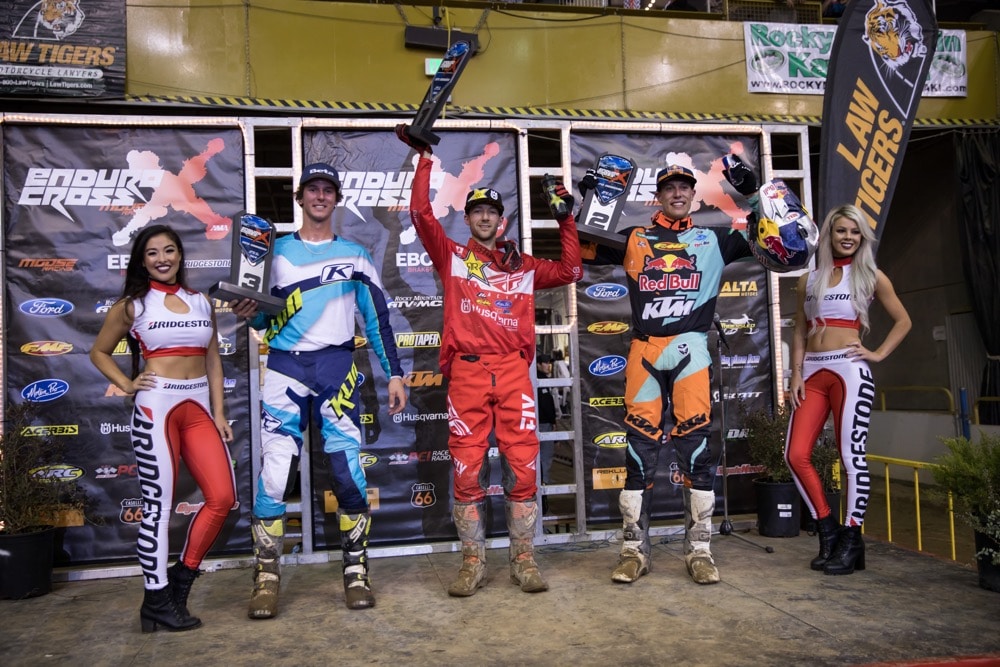 When it came time for the Main, Webb looked to be in complete control, grabbing the lead early from Haaker’s holeshot after a small mistake in the rockpile. Soon, the two were out and away from the field, setting an unmatchable pace that quickly had them racing into lapped traffic. Webb, leading the way into the lappers, made a bobble in almost the same spot of the rock garden as Haaker that allowed Haaker to make a pass. The rest of the race was Haaker’s as he managed lappers efficiently and moved into the No Joke Lane without issue on the last lap before taking the checkers.

Colton Haaker
“Denver has always been really good to me. The tracks are a little faster and I always have good results here. I’ve won four of the last five races here. I made an error in the rocks after my Holeshot and Cody got by me so I tried to keep calm and just ride my race to the end. I tried to keep the pressure on but not make mistakes. I saw an opening in the rocks in the same exact place I lost the lead and I went for it. From there I tried to put down some good laps and stay out front cleanly. Then, I fell in the sand turn and took a lot of time going through the No Joke Lane tonight because it was actually No Joke. It was pretty serious! I made it through in the lead and just brought it home.”

Cody Webb
“I had a lot of pressure from Colton in the Main Event and it was a pretty fast track and we were both all doing the same lines and obstacles out there. The intensity was really high and I made a little bobble in the sand and then started to get tight. I was the first guy to start passing lappers and getting through them was really tricky for me tonight. I made a bad call into the rocks and Colton got by me. After that, I was too tight and just couldn’t put down the intensity.”

Ty Tremaine
“I flew into Denver with a pair of handlebars and that’s it. Luckily, I’m in pretty good shape because I’ve been training really hard to ride the Alta, and it’s a bummer with what went down with them and I feel for the company. But, I’m so fortunate to be able to keep racing with Beta for the rest of the year and to get a podium on my first race with them, I couldn’t be happier.”