In 1998, Sebastien Tortelli won the 250 World Motocross Championship by 8 points over Stefan Everts. Many motocross fans will remember that fact. A less well-known fact was that at the 11th round, Everts had been disqualified for having a damaged muffler–an incident that cost him 13 points and the title. Before the season even ended, Roger DeCoster wrote about the ramifications of that incident and reminisced about other notorious DQs . The following column appeared in the November 1998 issue of  Dirt Bike.

If Stefan Everts loses the 250 World Championship this year, he probably has a silencer to blame. Stefan was disqualified at the Brazilian GP because his bike was too loud. It didn’t start the race that way. He had been involved in a first lap pile-up, which somehow damaged his muffler. He got up in last place and worked all the way to fourth, but he was losing silencer packing the whole way. In Europe, the GP rules are much stricter than here. They require that all bikes meet a certain sound standard throughout the race. His crew knew that the silencer was probably too loud. They thought about pulling him into the pits and replacing it, but that would have cost him almost a lap. So they let him go. They figured the situation was clearly beyond Stefan’s control. Besides, Stefan was putting in such a great comeback. No one would be that picky about the rules.

Wrong. These days racing is big business. Money and jobs hang in the balance at every race, so everyone pays attention to every letter in the rulebook. A protest was filed and the officials had to act. Stefan was disqualified. Sure it’s ridiculous. Sure the fans don’t care about the silencer and they were, in a sense, cheated. But this is what happens when human judgment and sportsmanship are eliminated–we’re left with nothing but cold paragraphs in a book to make our decisions.

This is nothing new. Motocross history is filled with unfair disqualifications : and unyielding rules.

There are probably thousands of other examples of bad rules, bad protests and bad decisions. I suppose it’s all inevitable when a sport crosses the line into a business. The best man doesn’t always win, at least not in the real world. But we can hope. 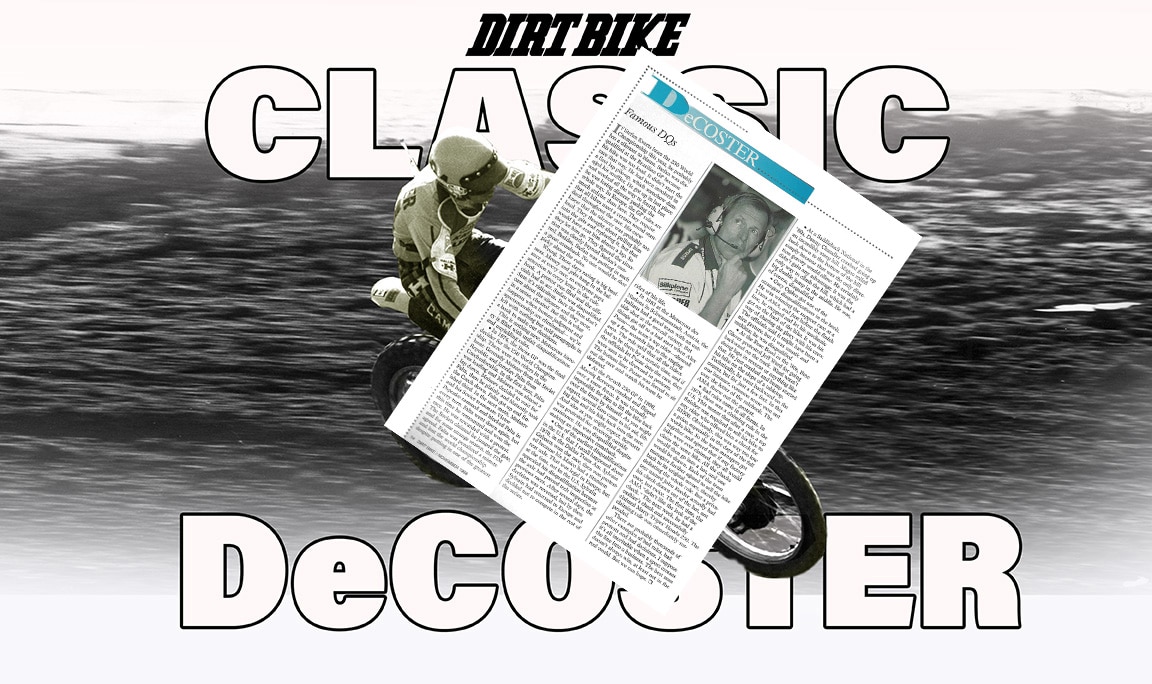