Toby Price was the fastest rider in stage five of the 2020 Dakar Rally, but it was also a very good day for the Americans. Rockstar Husqvarna’s Andrew Short came from a start position of 13th to finish third behind teammate Pablo Quintanella and Monster Energy Honda rider Ricky Brabec was fourth, now maintaining a 9-minute lead in the overall standings.

After five days of racing, attrition is beginning to take its toll. Yesterday, Xavier de Soultrait crashed and retired, following Yamaha Teammate Adrien Van Beveren, who crashed out in spectacular fashion on stage three. That leaves Yamaha out of contention in the 2020 rally. Today it was 2017 winner Sam Sunderland who was forced to abandon, following a crash at kilometer 187 on stage five. The British rider was airlifted from the stage with injuries to his back and shoulder and taken for immediate medical checks. He is expected to make a full recovery.

Day five at the 2020 Dakar Rally presented a change in scenery for competitors as they traveled east from Al-‘Ula to Ha’il. The 353-kilometer timed special began with fast, stony tracks similar to the previous day’s stages, before opening out into expansive dunes during the latter half of the route.

Toby Price: “It was a good day for me today – we’ve seen a big change in scenery with the last half of the stage in the dunes. I got my head down at the start and made some good progress even though it was a bit tricky out there today. I’ve made up some more time on the leaders, which is good and hopefully we’ll have another strong day in the sand tomorrow. I want to wish Sam all the best after his fall today too – hopefully he’s back on the bike again soon.” 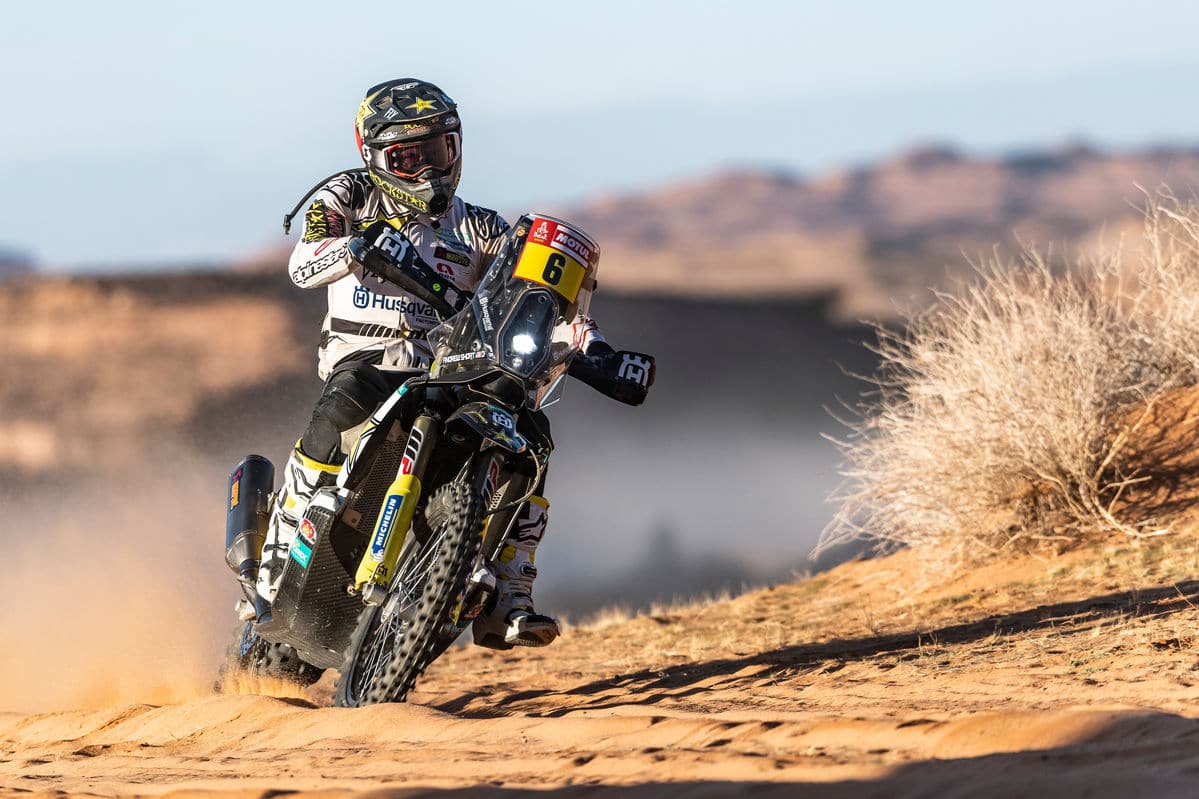 Andrew Short: “My day started off really fast today and I rode really good up to the refueling zone. After that it turned into off-piste and dunes and while I was searching for one waypoint, Pablo caught me and from then on, we rode the rest of the stage together. It was nice to follow him and see his lines and rhythm, hopefully I can keep up the same pace myself and make up some time as the race goes on.” 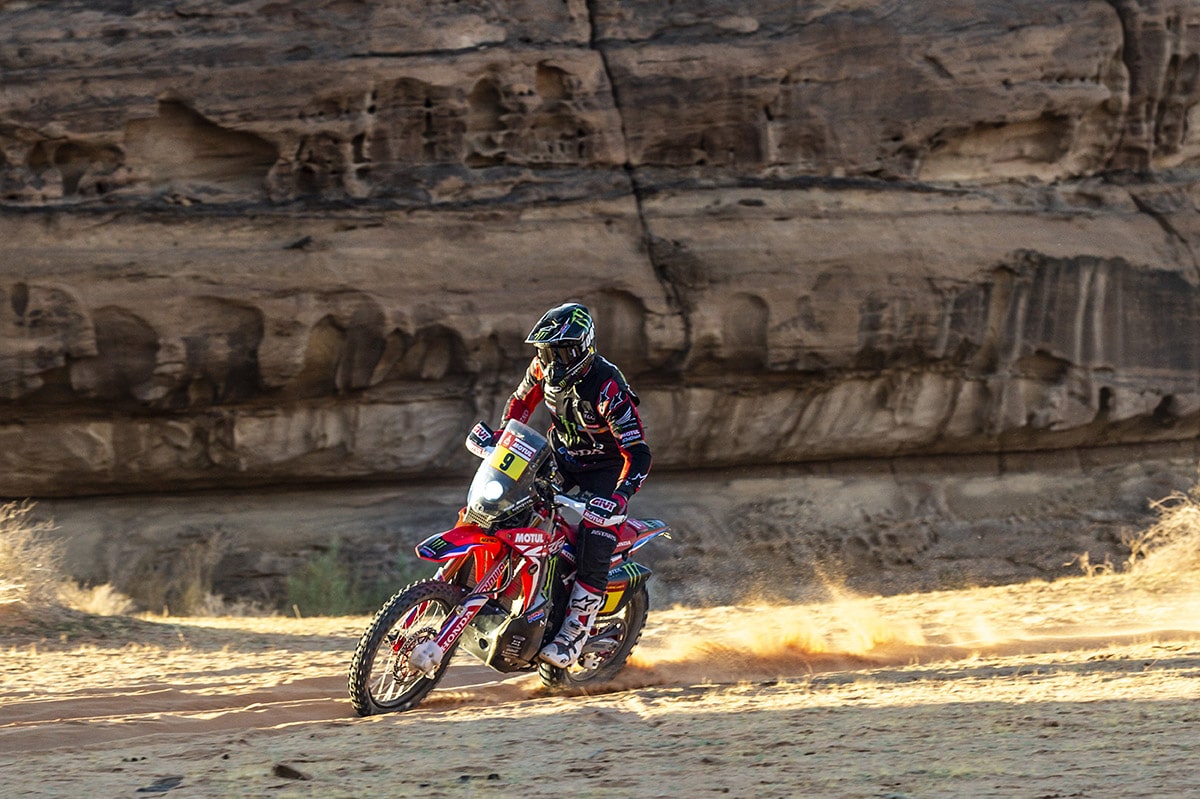 Ricky Brabec: “My day was good. It started out freezing cold which I don’t really agree with. It was really fast. A lot of hp and sandy tracks. I rode with Nacho. We made it to the finish which is our number one goal. First in the general is amazing. We are sitting in a good spot for tomorrow to push. We will try and catch the main group and not lose too much time. Right now we are taking it day by day. It’s too hard to have a strategy. There’s a lot of racing left to do. We are going to go day by day and hope for good results each day.”

American Skyler Howes continues to have one solid day after another. Despite a crash, he was 18th on the stage and maintains his position in the top 10 overall.

Skyler Howes: “Tough day in the office for me. Had a good swap out in the camel grass at the beginning of the stage. Just got the timing wrong. That’s one thing about the rally bike, if you get sideways, your only option is to pray and hang on. Couldn’t really shake it from then on and was just off the pace. But it’s all good! 18th on the stage and sitting 9th in general ranks! Sending positive vibes to my mate Sam Sunderland who had a bad crash. Hoping for a quick recovery!”