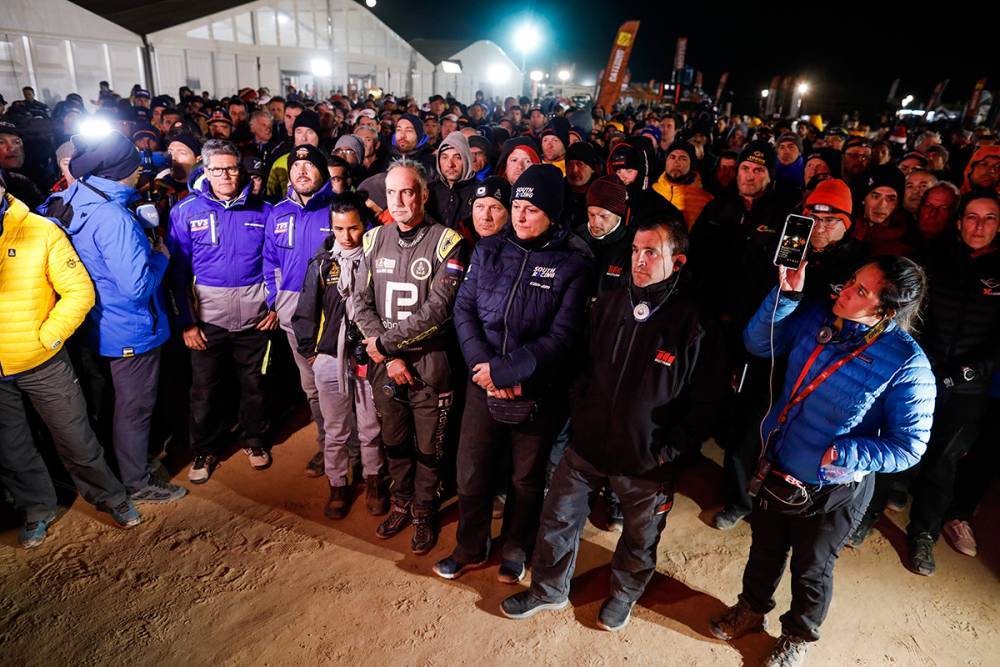 The Dakar Rally organizers today announced that Monday’s stage eight of the event will be cancelled in the wake of Paulo Goncalves’ tragic accident. The official release follows:

The decease of Paulo Gonçalves during today’s stage 7 between Riyadh and Wadi Al-Dawasir has left the entire Dakar, especially the bikers, in shock. Paulo, a beloved figure of the rally, was immensely respected by both veterans and less experienced competitors who admired and were inspired by him. After meeting the riders and making a decision together with the entire motorbike family, the organizers have decided to cancel stage 8 for the motorbikes and quads category, which was supposed to take place on a loop course around Wadi Al-Dawasir, in order to give the riders time to mourn their friend.

The entire Dakar family will come together to pay tribute to Paulo at the briefing this evening.

The Honda team released the video below as a tribute to their former teammate. To read more of the Paulo Goncalves accident, click here.