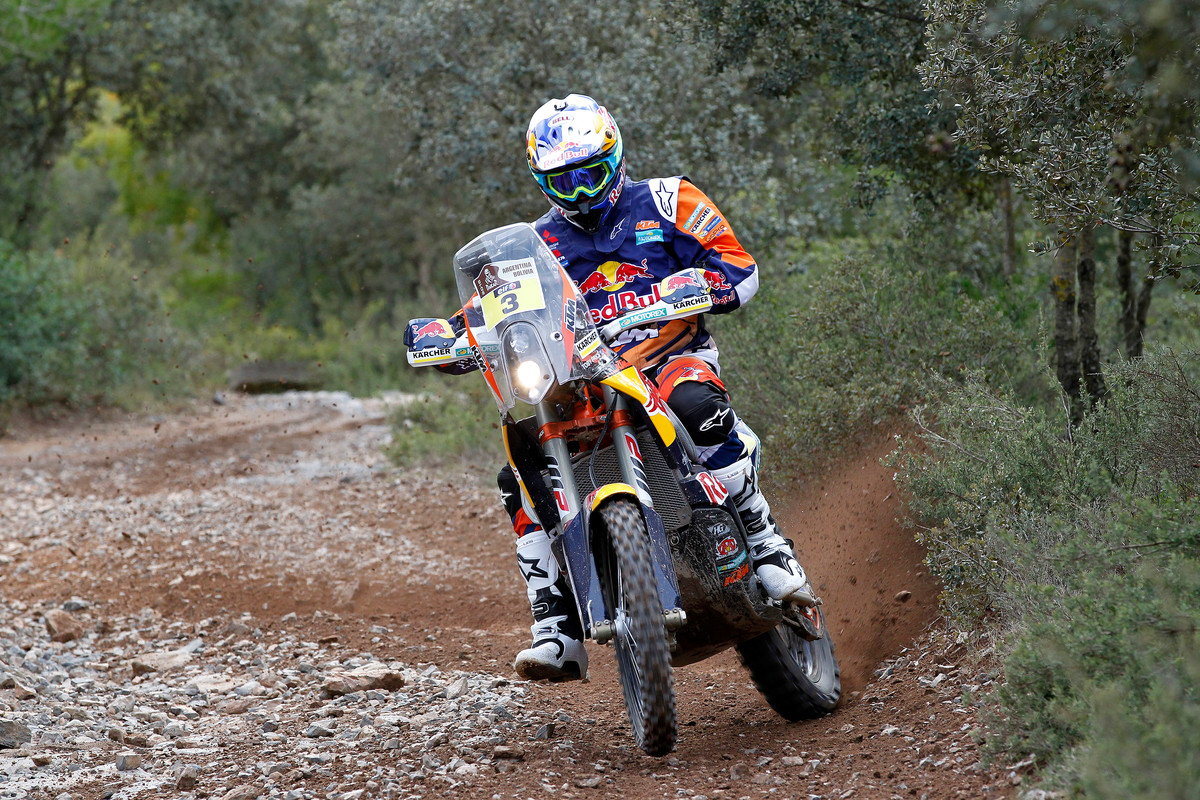 The Dakar Rally course has now veered off towards Belén in the south east without losing sight of the Andes. The stage was split into two parts with a neutralization zone for the passage from Salta to Catamarca. The backdrop has changed as the race moves on to far tougher navigation compared to the previous week’s racing. The eighth stage took in some 766 kilometres, including a 393 km timed section. Red Bull KTM Factory Racing’s Toby Price earned another stage win as riders set out on the second half of this 9,000km epic.  It was the Australian’s fourth stage victory so far in this edition and he now assumes the overall lead by a narrow two minutes 05 seconds margin over Portugal’s Paolo Goncalves.
Price’s win came immediately after the one rest day in Salta, but there are still many kilometers left to ride and race officials have promised difficult conditions and challenging navigation, particularly in the second half of the rally. He finished the stage in four hours 33 minutes and 14 seconds, giving him a five-minute 17-seconds lead over Goncalves. The stage went from Salta to Belén and gave riders the opportunity to test their skills in the sand dunes. Pablo Quintanilla was third, some six minutes 32 behind Price.

Price: “The first part started out on big open roads and I think we dropped a little bit of time there. But just getting through it was a pretty fast track so we were looking forward to the second part where it was going to get more technical and more difficult. We did pretty well in the sand dunes and we pushed through the navigation.”
The Australian cautiously confirmed that he was getting more comfortable and more confident with the navigation but underlined that there was still a long way to go to the finish at Rosario. 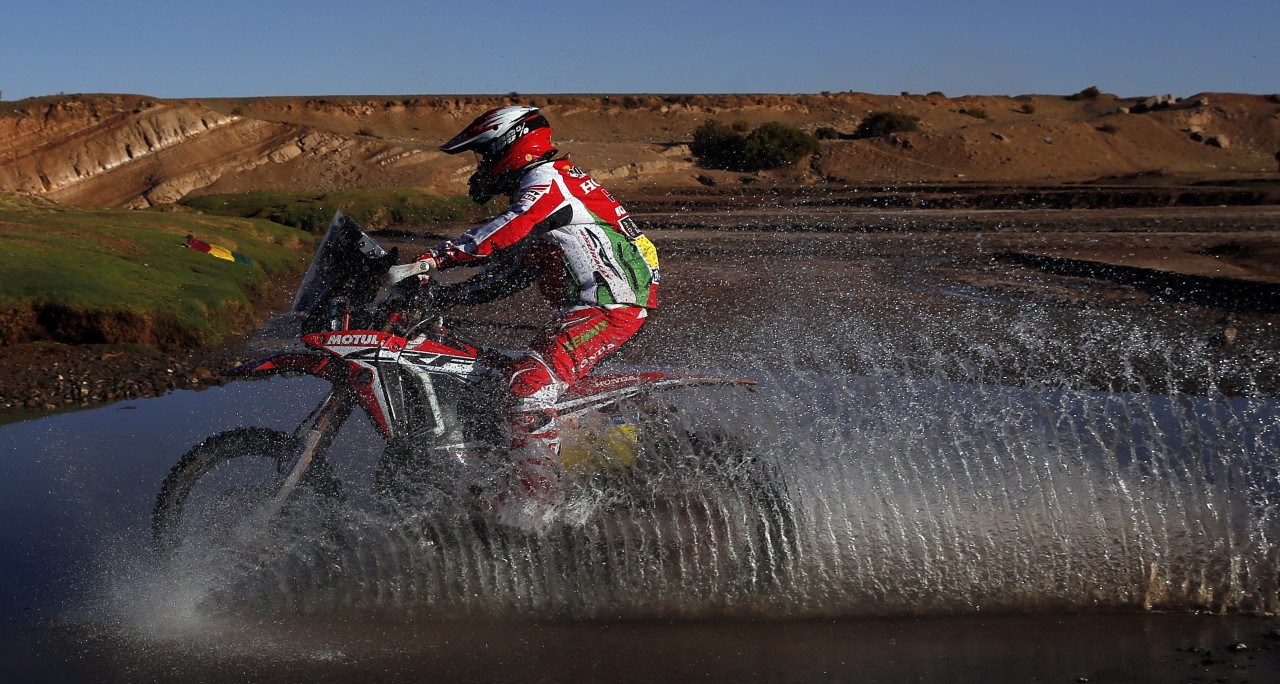 Paulo Gonçalves concluded the special stage as runner-up 5’17” adrift of stage winner Toby Price. Team HRC’s Portuguese title contender was unable to avoid a high speed crash in a very pot-holed stretch that left the instrument panel of the Honda CRF450 RALLY damaged. Gonçalves after the accident, on a damage-limitation exercise, battled on at a slightly slower speed and managed not to concede much time to his main rival.

USA entry Ricky Brabec got his first real taste of demanding Dakar-style navigation and sailed positively through it. In the first special, he stopped to aid team-mate Michael Metge, victim of an probably electrical fault, until the Frenchman indicated that he was once more good to go. On his maiden Dakar adventure, the young American made it through to the Belén finish-line amid the first fifteen finishers. This order could change depending on the race authority ruling after the rider had stopped to assist another fallen competitor. “It was a tough day with the heat and with what we had waiting for us on the track. The first part was really fast and the second part was much more technical with a lot of navigation. I stopped to see if I could help out Michael, but when he saw that I wasn’t able to do a lot, he told me to carry on. The second part was really difficult with 90% of the navigation in soft sand. In the end I stopped to help a rider who had fallen. I’m happy to have finished well and tomorrow will be another day.”

It was also a good day for Price’s KTM factory teammate Antoine Meo of France, the winner of stage seven and the team rookie. Meo rose to the challenge of a difficult stage and finished eighth just under 11 minutes behind the leading time. He is now sixth overall.

Meo said he had been quite nervous to have the responsibility of opening the stage for the first time. “At first it was it was quite fast and I didn’t lose a lot of time, only about 35 seconds. In the second part I slowed down and tried to do good navigation and that was pretty good because I didn’t make a mistake. I’m learning a lot, I have to improve and keep going.”