American Ricky Brabec won today’s stage, leaping into eighth place overall. This first half of the event’s marathon stage will see riders sleep in a temporary camp before continuing with the second leg on Monday, stage eight. Arriving at the bivouac, competitors are forbidden from receiving any outside mechanical assistance on their machines and must carry out maintenance and any needed repairs themselves. As such, bike preservation over the entire two-day challenge is extremely important. Toby Price lost the overall lead after leading over half of today’s stage. He reportedly had tire issues that he will have to deal with on his own in the evening. He remains in second overall, just one second behind Brabec’s HRC teammate  José Ignacio Cornejo. American Sklyer Howes also had a very good day, finishing fourth and moving up into seventh overall.

News of Hubert Auriol’s death struck the bivouac hard today. He won the Dakar three times, first on a bike (1981 and 1983) and then in a car (1992), and served as race director for almost a decade. He inspired generations of riders and drivers and has been an integral part of the rally throughout its history. Hubert passed away after a lingering illness.

Brabec: “Today I had a good day. I didn’t expect to win the stage but I’ll take it. I started catching Joan by refueling and he was like a 1 minute ahead. When I caught up, we opened the track together to the finish. I open the track tomorrow with my teammate Nacho who finished second today.” 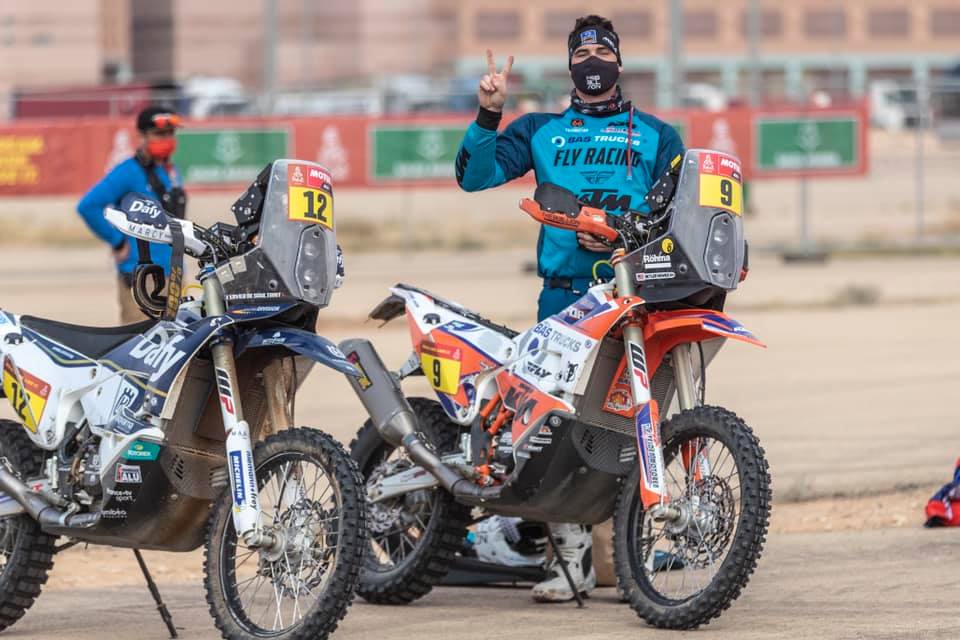 Skyler Howes:  “Things were kinda dicey this morning in the wet camel grass. Felt like I was on edge for the first 100km. A lot of swaps and bucks going on lol. But after we got out into the desert and the dirt dried up I started feeling good! A lot of the stage looked just like Utah so I felt right at home. Bike is looking good too so not too much work to do. Now time to relax on our floor mattress in a gymnasium.” 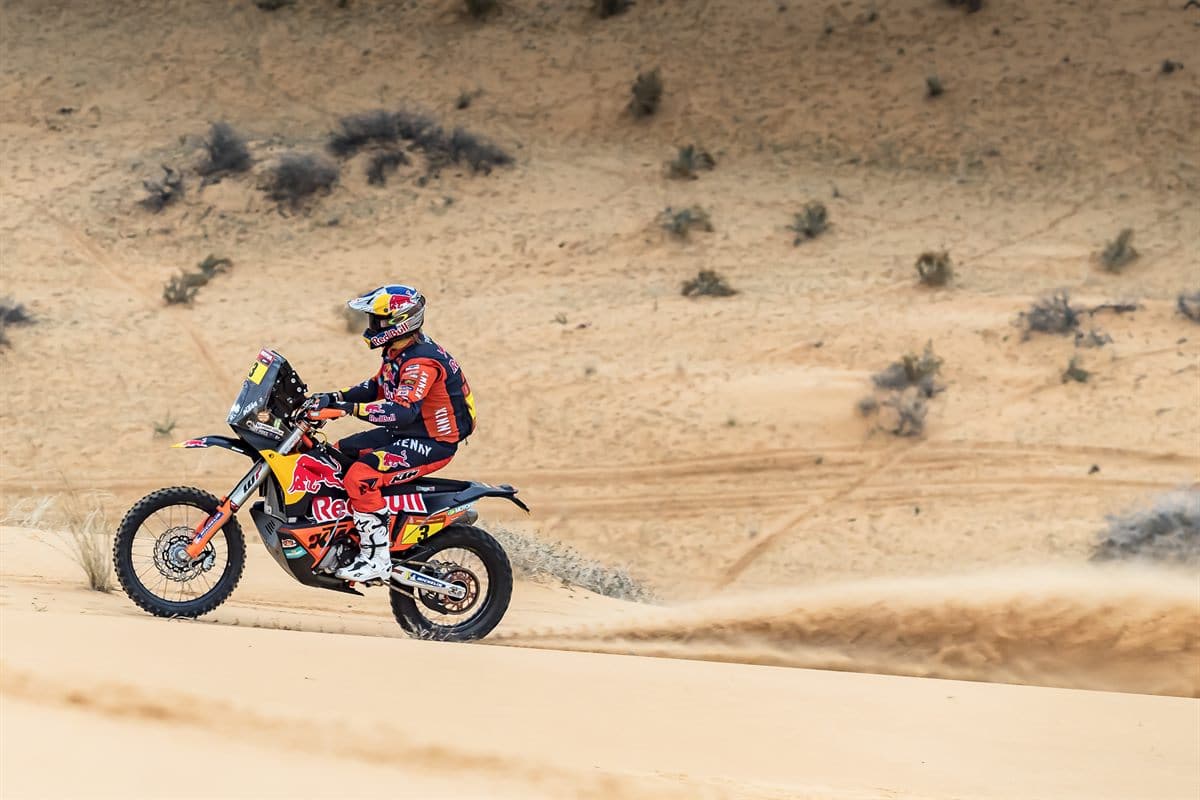 Toby Price: “Everything went well today, I just tried to manage the stage as best as I could and not make any huge mistakes. It’s been a tough day but I’m happy with how things have gone, and it looks like we’re in good shape for tomorrow. Seven days done now, but still a fair few to go.”