DAKAR STAGE 7: BRABEC BACK ON TOP! 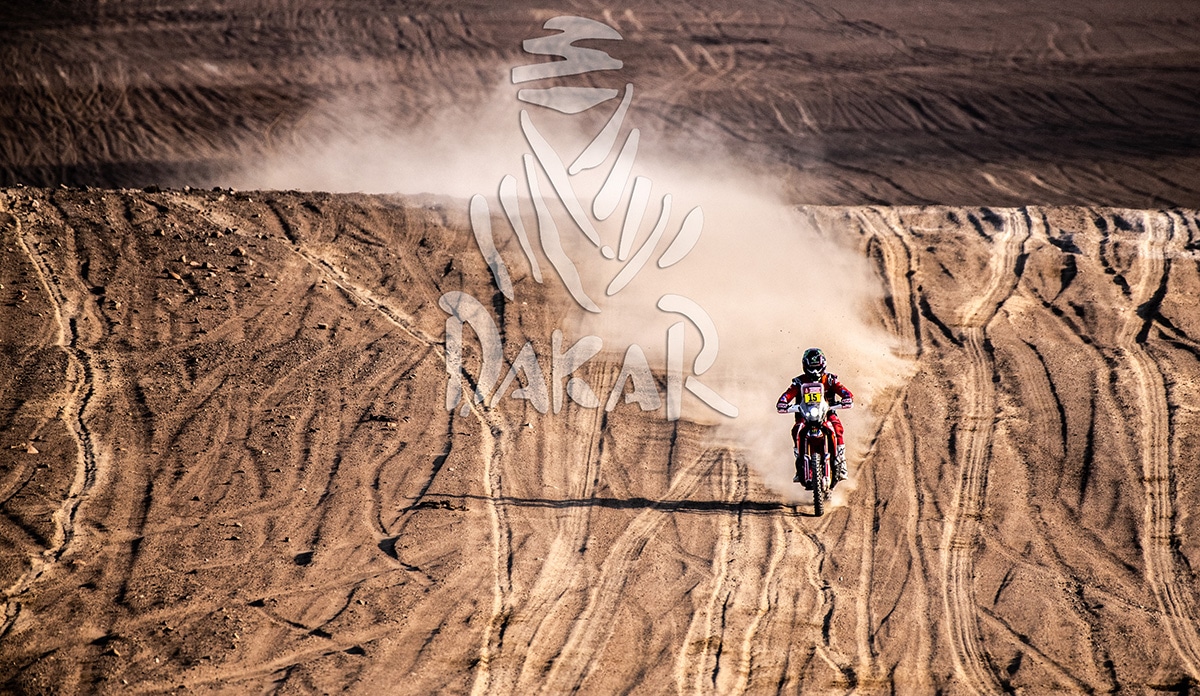 In the Dakar rally of 2019, it seems that winning a stage is the kiss of death for those who hope to win at the end of this week. Pablo Quintanilla, the winner of yesterday’s stage was the first man out on the course today and it wasn’t long before he was struggling to find his way, Kevin Benevidez caught him and soon the two of them were losing time to those who started farther back. For KTM’s Sam Sunterland, it was a fair turn, as he was the one who started first and lost time yesterday. He was able to make up time in a big way, winning the stage and almost erasing his previous mistakes.

Third today was Ricky Brabec,  and the American was more than happy to retake the overall lead. Brabec was comfortable over the terrain that included dunes and was fast enough to mark the third best time of the day some 6’30” off the stage winner. Ricky now holds a 7’47” advantage over the nearest second place rival Frenchman Van Beveren.

“Today, I feel good. I need the day to go well. I knew I had messed up a bit yesterday. Tomorrow is going to be hard to maintain the gap. The day was more my style like where I live. It was fun and comfortable. We were all riding together and enjoying it. Tomorrow I didn’t want to have to open. So it’s good that people finished in front of me. We’ll see how tomorrow goes.”

“It was a very complicated stage and there were a few moments where we struggled to spot some waypoints. For me it seemed like a never-ending stage. I knew from the start that it would be hard for me to get a good stage result today, considering I was the first rider to start in the morning. It is what it is and I’m looking ahead to the coming stages. Tomorrow I will have a much better starting position from the second wave of riders. Everything is still open in the overall standings and my goal remains to battle for the win. It’s all to play for until the last day and the last few kilometres. I will continue giving my all until we reach the finish in Lima.”

“My pace was good today. It seems that in this area of Peru the weather is a little extreme. There’s always something crazy over here and today we had some fog, a lot of wind and some parts with fesh-fesh. I rode most of the stage by myself and then towards the end I got caught by a couple of other riders. Racing alongside others, it’s much easier to know and control my pace. Overall, it was a decent day and the guys in front of me in the overall are now within seconds or minutes. It’s realistic for me to battle with the rider in front of me in the overall. I’ve made some big improvements this year with my navigation and my speed and I’m happy with that.”