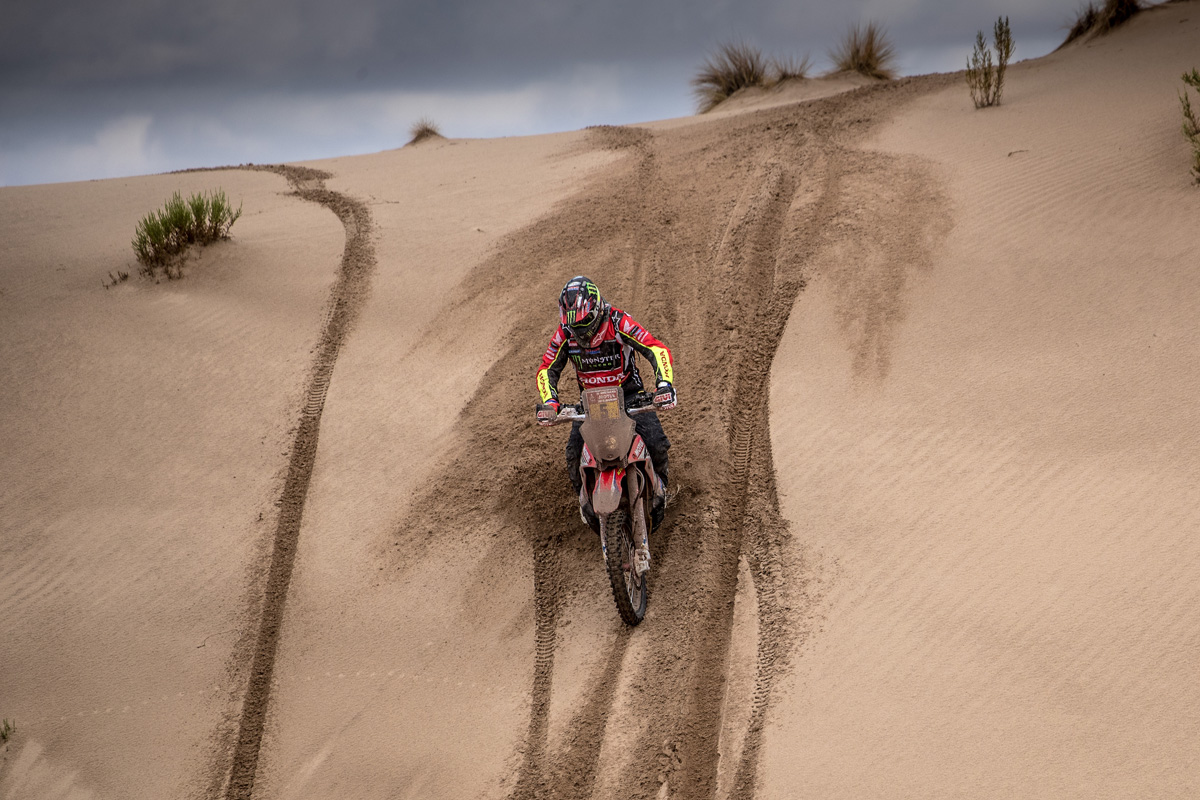 The second week of the 2018 Dakar kicked off with rain, as had been expected in the Bolivian highlands. From now on, the special stages of the second week’s racing increase in mileage as well as in altitude, with the three stages set to cover the Transandine territory, which will play out at an average altitude of 3500 metres above sea level.

The riders today got to tackle the part one of the first of two marathon stages scheduled for this edition of the Dakar. With the rest day over, the entourage has moved on from the capital of Bolivia to a new bivouac located in Uyuni, where the riders arrived today after a cold and rainy liaison section from La Paz to Oruro. This marked the start of the special which would later end up at the Uyuni military barracks where the riders will spend the night. In this marathon stage, external mechanical assistance is prohibited, with only the riders themselves authorized to perform maintenance or any necessary repairs on the bikes.

The special, with both fast and muddy tracks – much of which was very broken up in the opening stretches – combined offroad riding over sand and vegetation with some physically and technically demanding sections. This required some deft riding skills to stop the bikes from sinking into the ground or collapsing. There were plenty of river crossings towards the end of the rally to add an extra degree of difficulty.

Joan Barreda set the fastest time of the day. In the latter part of the special, the Spanish rider fell hard and damaged a knee, although despite this, was able to finish the stage with another victory, the third in this Dakar 2018 and the 22nd in his career. Barreda is third in the general standings, 4’45” off  Yamaha’s Adrien Van Beveren. Van Beveren rode to second on the day and was quite happy with that. “A very good day today, I finish 2nd : I applied myself on navigation, and I spared my bike because we’re on marathon stage (with no assistance tonight) with 425km today and 525 tomorrow. Good feeling, I’m happy about this 7th stage.”

Ricky Brabec decided to play it safe in the rain, but still finished 10th and remains in 11th overall. ” In this seventh stage, the first part of the first Marathon, I didn’t feel comfortable with the rain, which has not left us all day. But the tracks were quite quick and I could go fairly fast, but without taking too many risks because I wanted to get to the Uyuni bivouac in one piece and with the bike without problems. Now let’s see how we prepare tomorrow’s stage.”

Mark Samuels had one of his better stages, finishing 25th.  That places him in 35th in the overall standings.

For Rockstar Energy Husqvarna Factory Racing’s Andrew Short, this was the first Dakar marathon stage of his career in rally racing. Reaching the finish of the day in Uyuni in 28th, the US racer is currently placed 25th in the provisional overall standings. Shane Esposito was 34th today and is in 38th. Bill Conger was 89th and is in 79th.

SX WRAP UP: FIND OUT WHAT HAPPENED AT THE HOUSTON SUPERCROSS