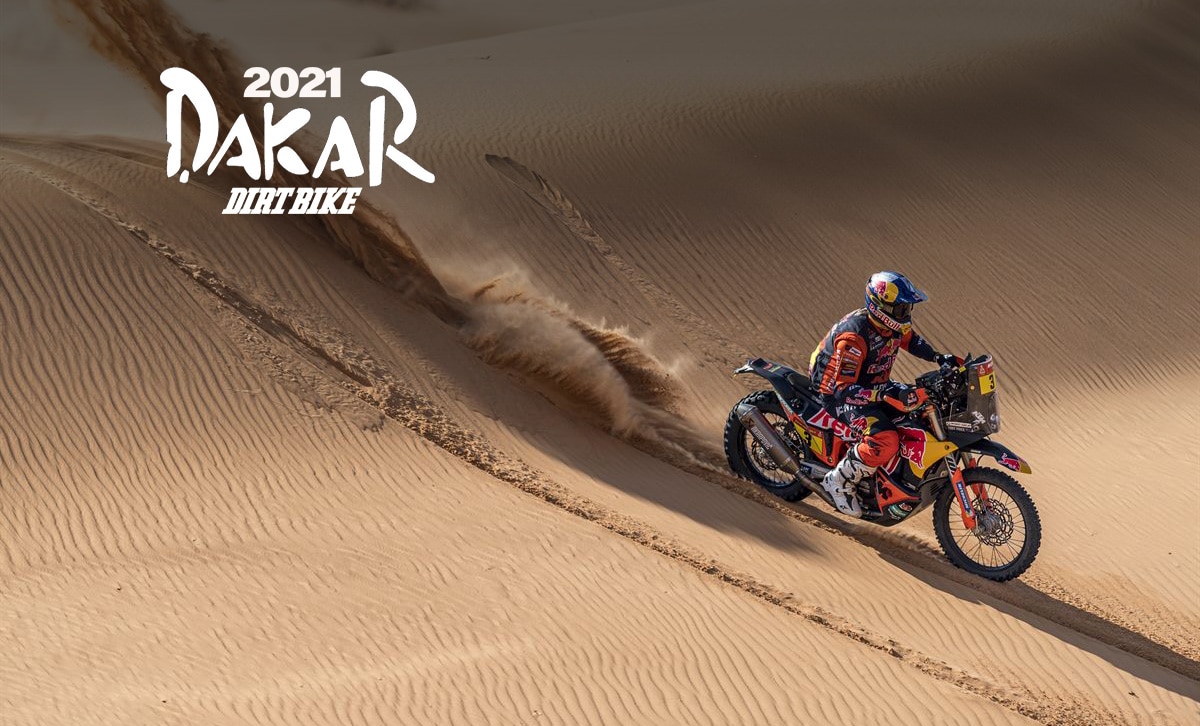 The first week of the 2021 Dakar rally has been defined by instability and navigational hardship. Riders have found it difficult to turn in two consecutive good stages and the overall lead has changed each day. Today, it was Joan Barreda’s turn to win again, solidifying his status as the rider with the third highest number of stage victories in the rally’s history, with a tally of 27 wins. But it was Toby Price who ended the day with  the best cumulative score. After finishing 7th, he finds himself  with a 2-minute lead over HRC’s Kevin Benavidez. It was a good day for the Americans, too. Ricky Brabec rode a solid stage, finishing fourth on the day and moving up to 13th. After the rest day, he will start in a decent position and hope to end the yo-yo syndrome in results. Sklyer Howes finished 19th despite a 5-minute penalty for a minor speed infraction and is 9th overall.

Skyler Howes: “Another day working it in the dunes. I actually had a pretty decent day. A lot of sand and some fun dunes. The pace is so high this rally it’s crazy, everyone is racing like it’s the last day, but everyday. So it’s hard work to keep pushing every inch. Unfortunately today I overcooked a speed zone and got slapped with a big penalty. They put a bunch of speed zones where there used to be camps in this valley, well all the camps moved so now there’s just speed zones out there with nothing around. I misread my odo and thought I was past them all and came into one way too hot and couldn’t get slowed down before getting dinged. My fault, and a dumb error to make. Was kicking myself for the rest of the day and will have to be on my A game for the week to come to stay in the top 10. Everyone is bringing the heat, excited to have made it to rest day to get organized for another week of racing.” 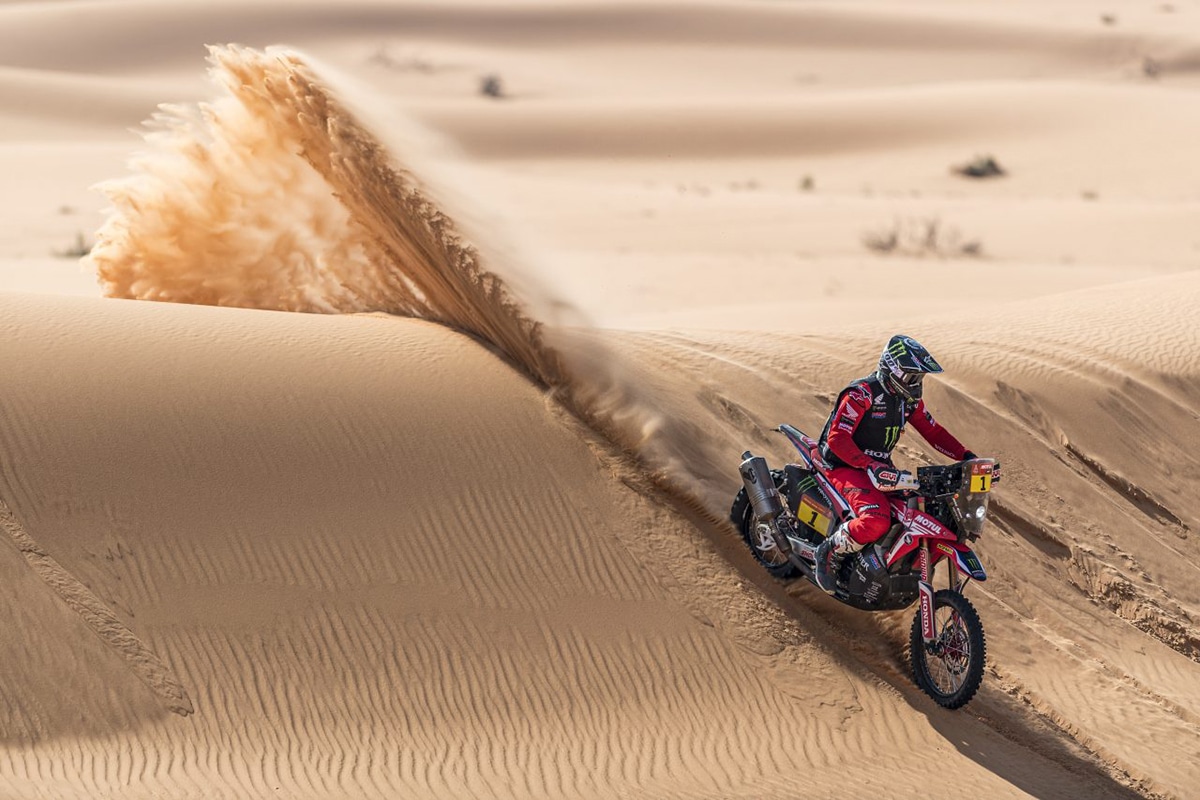 Ricky Brabec: “The stage was pretty good. Faster tracks. Faster than normal. It was a little bit better with navigation – a little bit easier. We made it to rest day, that was goal number one. Goal number two would be make it to the finish-line. I’m really happy to make it here, but I’m not ready for a day off. It’s mandatory so I’m going to take tomorrow off and take some rest, then attack six more days along the Red Sea. We didn’t really make up as much time today as we were thinking or hoping, but it is what it is at the moment. There’s still six days to go but it’s going to be really hard. The group is spread far apart so it’s really hard to manage. I don’t think that anyone has an idea how to manage this thing yet. Things are changing everyday, but we can only hope that things turn around. We can’t say much, but we have to just take it day by day.” 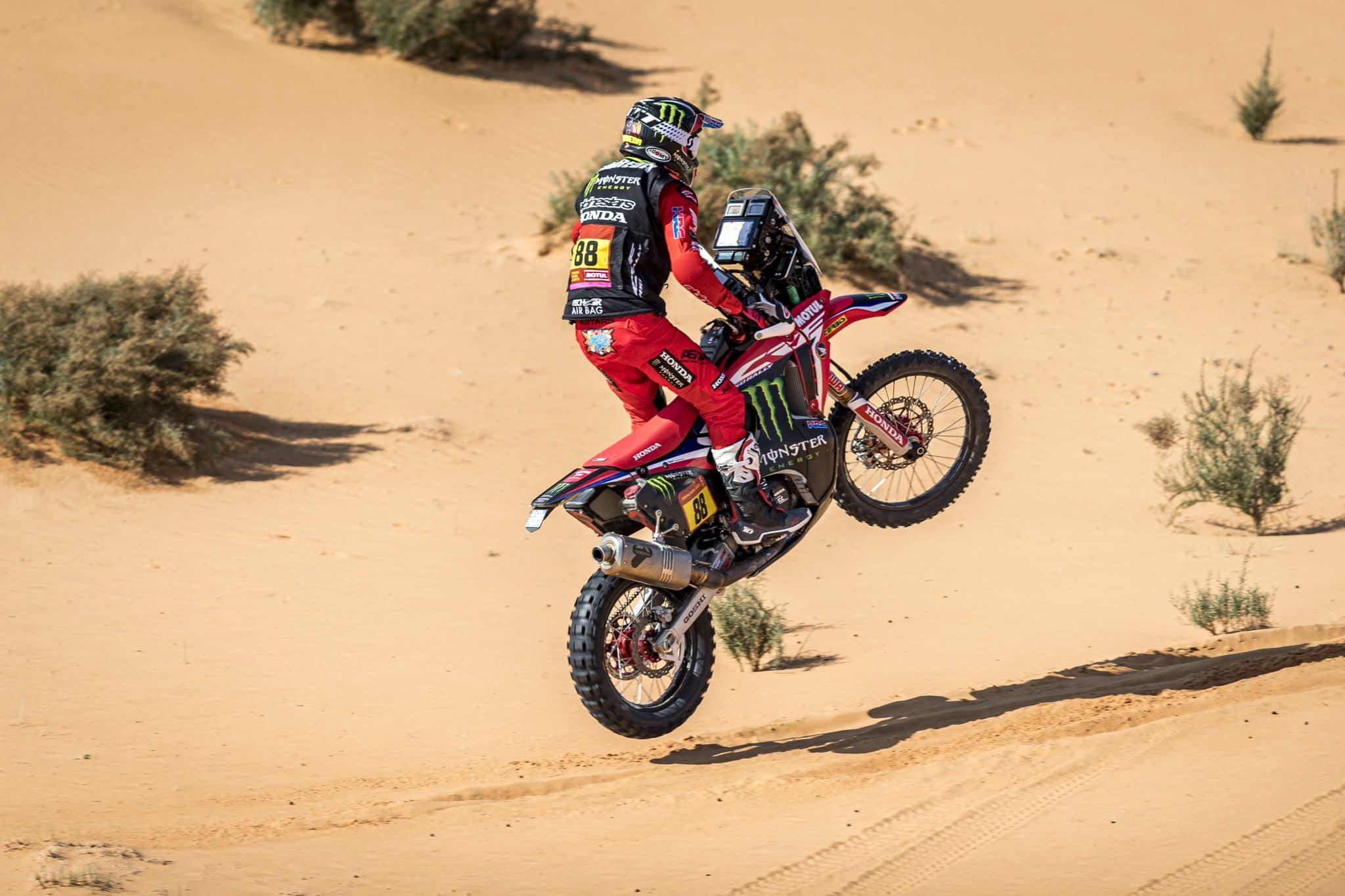 Joan Barreda: “I’m very happy with this victory, one more and the third this week. The truth is that I would never have imagined it, but the most important thing is that we are physically fit and the bike is perfect. We are looking forward to the second week. Let’s see if we have a bit more luck with the strategy and we can keep up the pace and climb positions.”