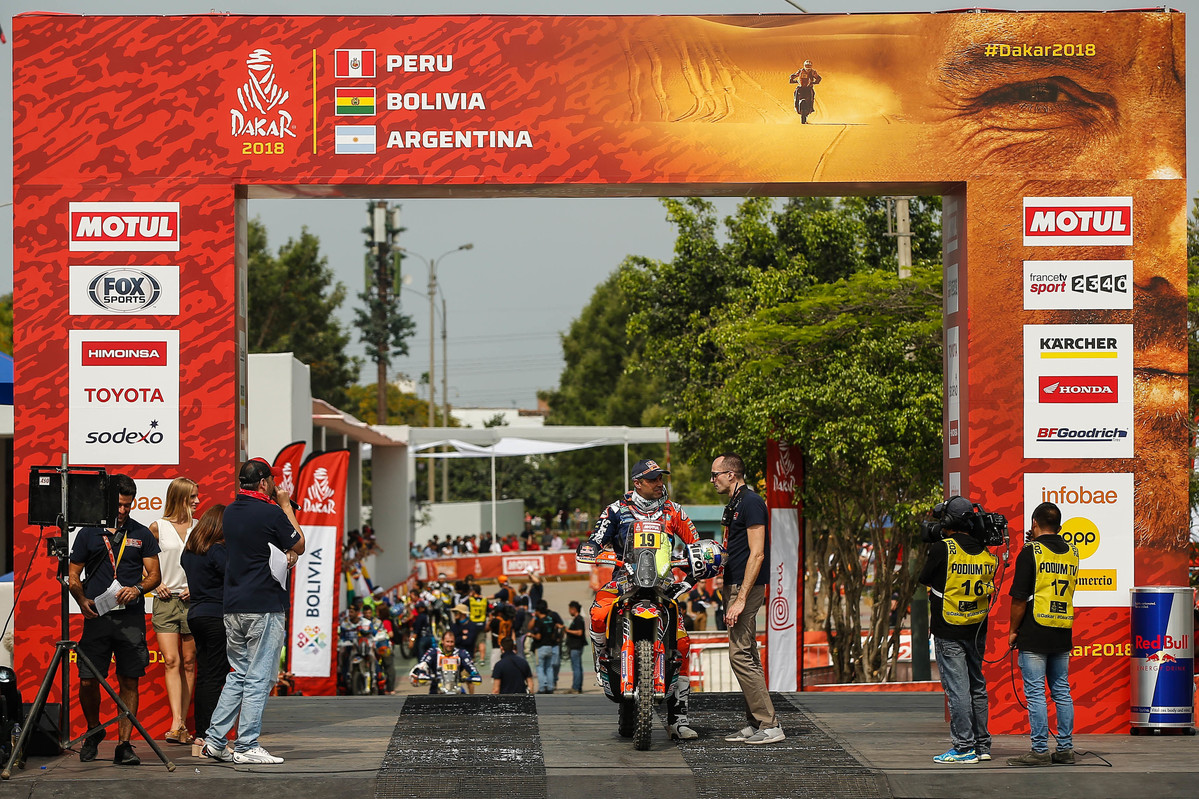 It was a dreadful sixth stage of the 2018 Dakar Rally, which brings with it a well-deserved rest day for the competitors in the capital of La Paz, Bolivia. Today’s 313-kilometre special stage against the clock was not completed in full after race authorities deemed the first stretch unsafe for racing. Riders had moved on from Peru into Bolivia by the picturesque Lake Titicaca, the highest lake above sea level. However, things were far from idyllic. The assistance vehicles ran into rain and snow in the mountain passes which clogged up the entrance to La Paz. Nevertheless, thousands of fans were there to greet the huge Dakar entourage’s arrival. 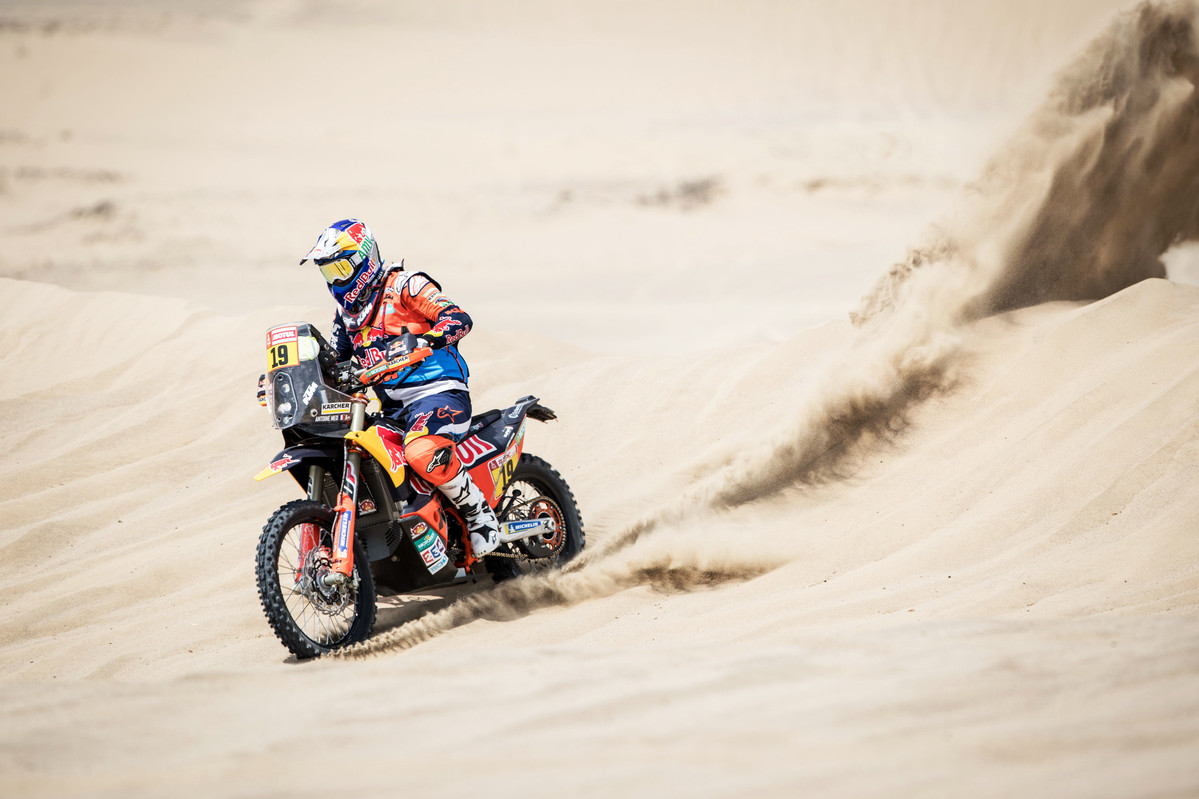 The day was good for Frenchman Antoine Meo. The Red Bull KTM rider topped the stage and moved up considerably in the overall standings, to 6th. Yesterday’s winner, Joan Barreda, got to open the track today on fast, slippery, water-drenched tracks which caused several riders some big scares. The Spaniard fell after losing the front end in a puddle. Fortunately it turned out to have no consequences other than soaking the rider. Once the instruments and goggles were cleaned, Barreda was back in the fray. Barreda finished marginally behind conceding 3’30” to the day’s winner Antoine Méo.

Kevin Benavides also ended up on the ground, but managed to limit the damage before posting second on the day, which elevates the Argentinean rider to the top of the overall leader board with a two-minute advantage over the second placed rider. As for Adrien Van Beveren, who had been in the lead, he simply choose to ride a conservative day. “I didn’t want to take unnecessary risks today and I lost a bit time with those slippery tracks. And more, I’m a little bit sick because of the cold, as a consequence I attacked a little bit less… to be better Saturday.
My bike is still extraordinary and easy going thanks to the work of the Yamaha Racing Team.”

It was a tricky day also for Ricky Brabec who struggled with the long days and short nights. “Today was worse than yesterday. The rain was pretty difficult and if we were lucky we got three and a half hours sleep. Yesterday was a long day, not with the stages, but with the liaisons and modifications, getting back to the bivouac late and going to bed late. Getting up at three in the morning Bolivia time, so it was really two in the morning… It was the hardest day so far; it wasn’t even hard riding but it was mentally fatiguing. The stage was fast; I don’t know how we lost time in the stage, it’s weird. I didn’t have any problems in the stage. I hit the water really hard and I hit my face on the dashboard. I don’t know how these guys are making up time on us and that’s difficult to swallow. There’s seven more days and we’ll push.” 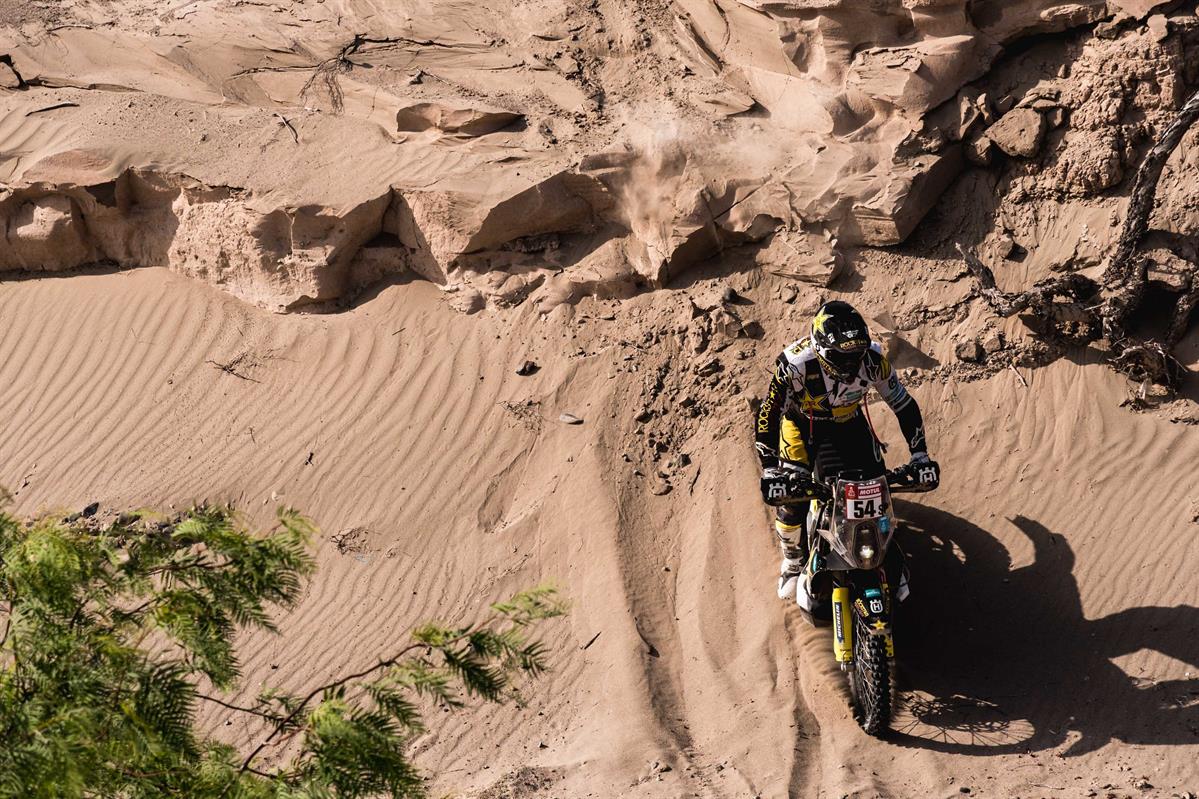 Continuing to learn and improve,  Andrew Short brought his FR 450 Rally machine home in 28th position. The US racer is currently 22nd in the provisional overall standings of the rally. “That was a tough day for me today, the terrain has changed a lot from the dunes of Peru. I had my first high-speed rally crash so I am glad to get that out of the way. I struggled a little with the speed of the stage with everything coming at me so fast. It was wet out there too and the tracks turned quite muddy in places. I think I prefer that over dust though, if it had been dry things would have been even more dangerous. Coming into La Paz it was amazing to see all the people and the atmosphere in the city so that was cool. It’s rest day now so I’ll enjoy that and then back on it for Saturday.”

Shane Esposito had one of his better performances, finishing 30th. He now sits in 44th. Mark Samuels was 36th and is in 43rd overall. Bill Conger was 84th on the day and sits  in 84th place.

Tomorrow, La Paz plays host to the usual rest day, where the riders finally get a lay-in and a chance to recharge the batteries, as they prepare for the second week of the competition. The mechanics will review the Honda CRF450 RALLY to have them in tip-top shape for stage seven, the first part of the first marathon stage of this Dakar 2018.