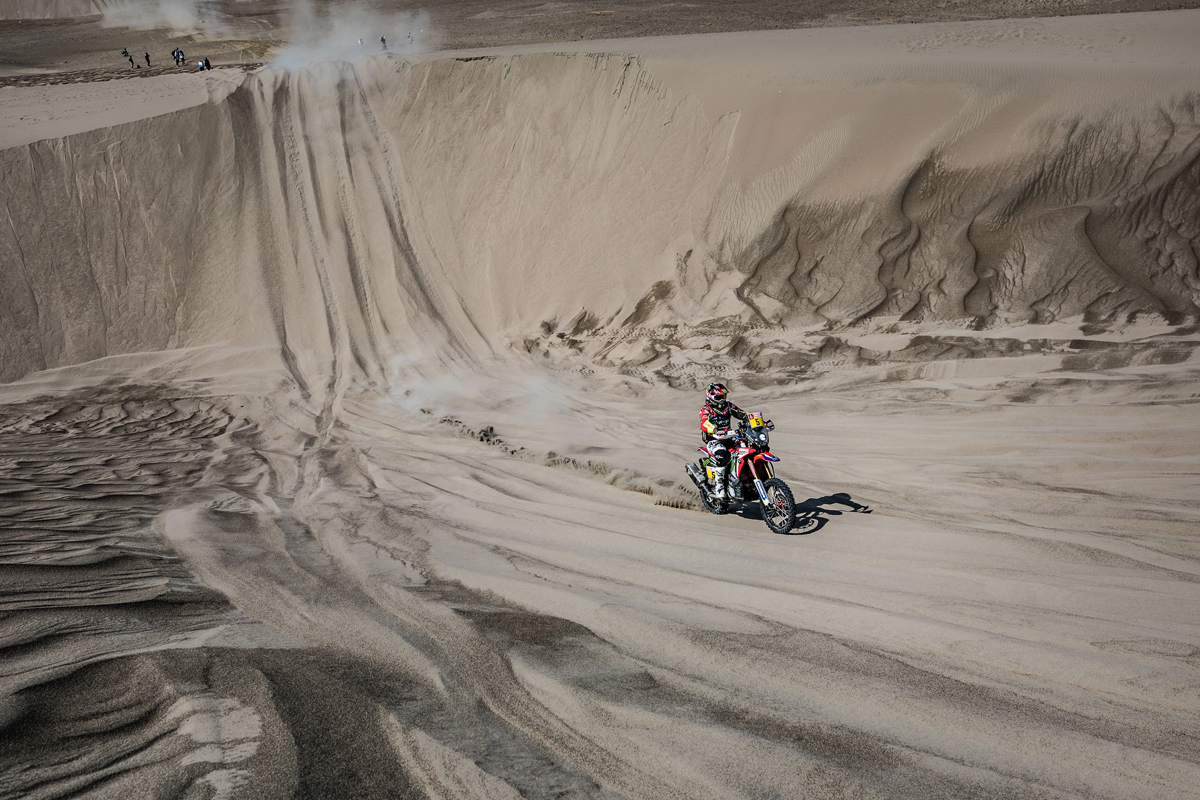 The Dakar this year introduced a system of inverted sections, which saw the motorcycles tackle Sector A while the cars simultaneously raced over Sector B. The special stage covered 266 kilometres before a 508-kilometre link section took the competitors to the bivouac in Arequipa.

The stage was a dune-filled adventure, very technical with demanding navigation and high altitude to complicate matters further. There was even fesh-fesh to contend with during the offroad stretches in the earlier part of the day; the second one passed through the high dunes of Tanaka with the final stint over high-speed stony tracks.

Joan Barreda won the stage and that places him right back in the running for the overall prize. He finished the stage with a 14’30” advantage over race leader Adrien Van Beveren. That has helped him leap to fourth overall,  7’30” adrift of the French leader.

Ricky Brabec performed well in the special, finishing ninth. “The day was tough. There was a lot of sand dunes again and the first special was really good for me with a lot of tracks to follow. The second special was horrible because all the cars started ahead of us and that made it difficult for me to go to the dunes. I didn’t choose the correct tyre. But we’re here and we are ready to go again for tomorrow.” Ricky is now 10th overall.

Putting in another steady performance today in Peru, Rockstar Energy Husqvarna Factory Racing’s Andrew Short came home in 23rd position. Continuing to learn and improve as the race goes on, the US racer is currently 23rd in the rally’s provisional overall standings. Shane Esposito was 31st despite a minor penalty and is now in 45th place. Mark Samuels finished 32nd today and is now 44th. Bill Conger sits in 95th.

Tomorrow’s stage six will see competitors leave Peru as they head towards the high altitudes of Bolivia. The stage includes a timed special of 313km and a liaison section of 447km, with competitors finishing the day in the La Paz bivouac.