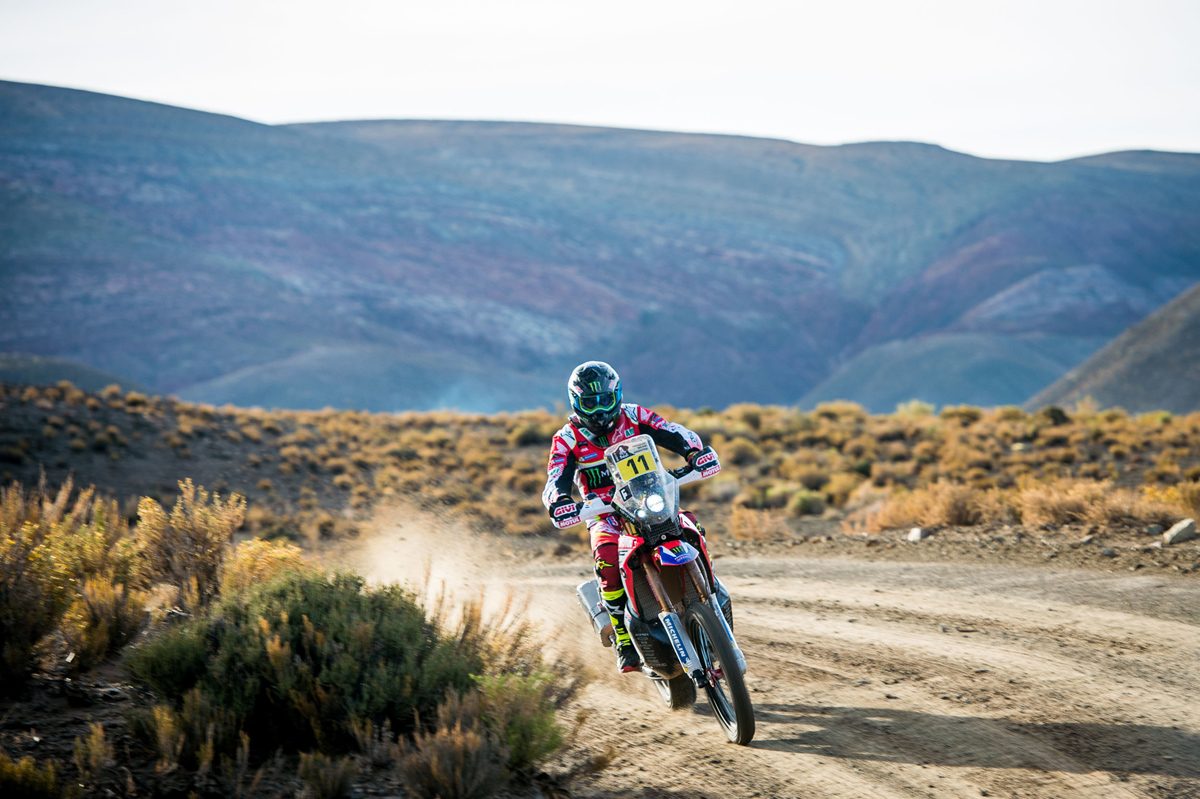 It was a disastrous day for Toby Price. The Australian was leading on the last part of the special, but lost control of his KTM at more than 90 kmph and fractured his left thigh bone in a fall, meaning the Dakar is over for the 2016 winner. He may well be leaving his trophy for Joan Barreda, who is solidly installed at the top of the general standings. The Honda rider almost won another stage, but Matthias Walkner never gave up against him.  The Austrian managed to catch his Spanish rival over the last kilometers to grab his second stage victory on the Dakar after the one he won in 2015. After two withdrawals, perhaps the time is ripe for him to achieve a fine result in Buenos Aires, even after having had to open the way. Ricky Brabec ran into some problems at the start of the special. The American dropped precious time going in search of the correct route. Once back on track, he made it safe back to the Tupiza bivouac without further hitches. Likewise, Paulo Goncalves got delayed near the start and conceded time. Subsequently, with the end of the stage in sight, the Portuguese rider came across an injured Toby Price on the ground. Goncalves halted to alert the helicopter to the plight of the Australian.

UPDATE: Joan Barreda, along with teammates Michael Metge, Paulo Goncalves, Ricky Brabec, Honda South America rider Franco Caimi and Honda Portugal rider Pedro Bianchi Prata have all been handed one-hour penalties. They were found to have refuelled in a prohibited zone during the Jujuy – Tupiza test. Honda  is said to be appealing the decision.

Ricky Brabec: “Today was one of the most difficult days. There was a lot of really tricky navigation. At the start of the special I made a mistake and had a bit of trouble finding the way before I finally got back on track. This made me become a lot more focused on what I was doing. I managed to pick the pace up and got back into the race. I’m happy to have made it back to the bivouac. Let’s keep on fighting and working as a team. I hope to improve over the coming stages.”

In the car category, Cyril Despres had a dream of a day, picking up his first stage victory behind the wheel of a car and climbing to the top of the general standings. The Frenchman took advantage of the problems encountered by his team-mates Stéphane Peterhansel, Sébastien Loeb and Carlos Sainz, with the Spaniard in danger of exiting the rally. In the quad race, Walter Nosiglia finally won his first victory on the Dakar in his home country and not without panache.