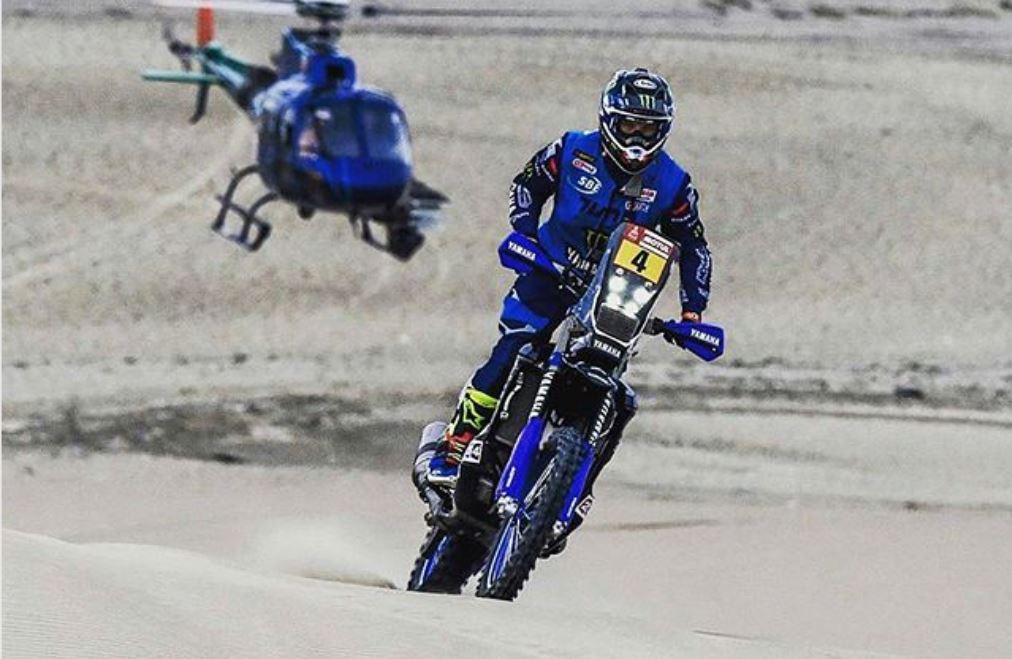 The fourth stage of the Dakar featured a change of format. In place of the usual time-trial start at three minute intervals, the top fifteen riders set off in a motocross-style start lined up across the San Juan de Marcona beach in rows of fifteen riders. The stage then consisted of 330 kilometres of special, after the day had begun with a 108 km link section, which had brought the riders as far as the beach. There was also a short six-kilometer liaison back to the bivouac at San Juan de Marcona. The route took in various terrain types including closed canyons, some trial-style riding and steep hill-climbs which led the competitors to an important area of sand dunes where the day’s racing concluded. A hard-to-find way  point threw most of the riders off their game, but at the end of the day, it was Yamaha rider Adrien Van Beveren who had the best performance. His stage win was good enough to take the overall lead away from Sunderland. American Ricky Brabec lost about 20 minutes looking for the waypoint, finished 24 and dropped to 12th overall. Andrew Short had his best day yet, finishing 22nd. Shane Esposito was 28th on the day and 55th overall. Mark Samuels finished 34th and is now in 53rd. Bill Conger is 95th, both on the stage and overall.

Andrew Short: “That was my best ever stage in rallying. It was good fun to have a mass-start and it was great to see the pace of the fast guys for 18km along the beach. In the dunes I was in a good position but there was a really tricky waypoint to find and I lost some time there. After finding that, I was able to continue with some really fast guys and manage to stay with them for a good distance. I did make a mistake with my navigation that was my own fault and cost me a little, but generally I am feeling really positive about the day. It was great to be able to ride with some of the top guys and I feel like I have learnt a lot more today.” 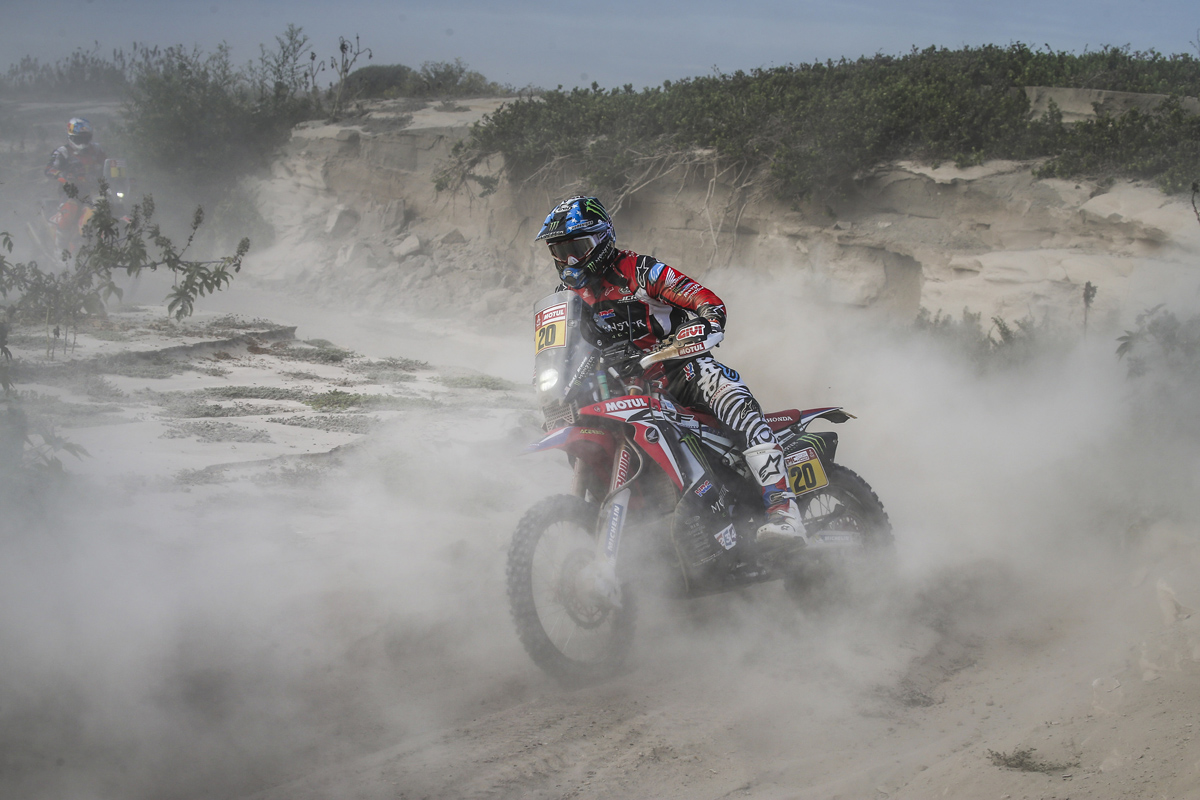 Ricky Brabec: “Today was the fourth day. It was pretty difficult. We had a beach start which was cool but also very difficult towards the end. The navigation was a little bit tricky – I think all of us got confused and lost at the same waypoint. I spent a bit more time at that waypoint trying to find it; everyone was going their own way. I thought it might be at the top of a dune. I struggled to get back to the top. Unfortunately it wasn’t there it was in the next valley, so I lost about twenty minutes today, which hurts me pretty badly in the overall standings. It’s hard to swallow but we will fight on over the next few days.”

Mark Samuels: “Day 4 completed, everything went very smooth today. I started 130th because of yesterday and came through the pack. Ended up 35th on the day and starting to feel stronger from the day one crash! tomorrow is a very big day and early morning start 4:40am and 770km. 4 down, 10 more to go

THE WEEKLY FEED: RYAN DUNGEY CIRCA 2012 AND THE NEW KTM RIDE