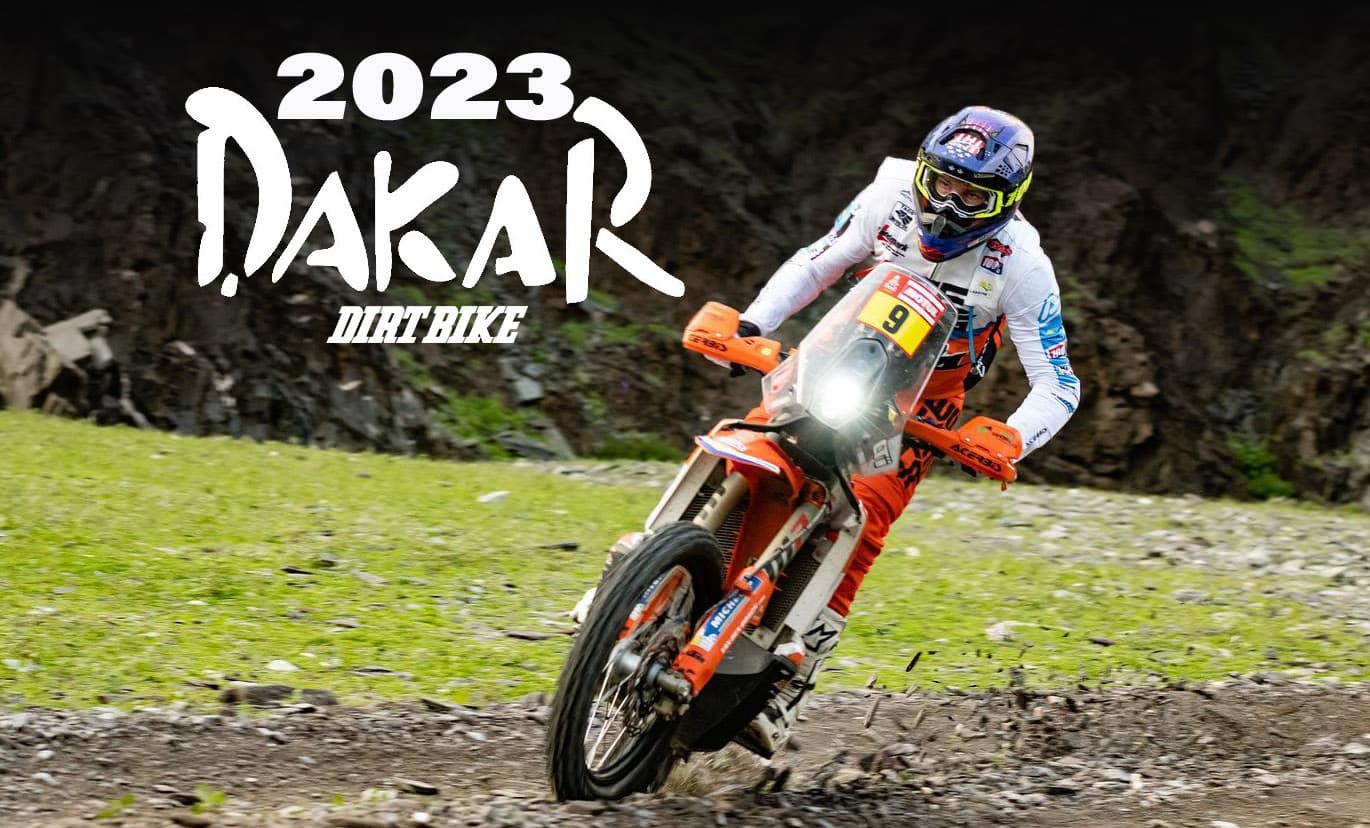 Young American privateer Mason Klein won the third stage of the 2023 Dakar Rally and now finds himself leading the standings overall. What the riders faced was a long stage with the first three quarters made up almost entirely of rocky, technically demanding tracks. It was not only taxing physically, but the terrain was hard on machinery. Klein won despite a speeding penalty, which has been a common theme at this year’s Dakar.
It has been six years since a privateer had last won a stage on the Dakar. It is necessary to go back to 2016 and veteran Stefan Svitko to find such a performance. The road was opened by Ricky Brabec, who did a decent job, only losing 5 minutes by the end of the stage. Also turning in a great performance was American Skyler Howes, who finished third on the stage and is now in seventh overall. All of the Americans arrived safely at the finish, although some struggled and lost hours to the leaders.

Mason Klein: “Today I felt really good apart from the speed penalty I got, again. But other than that, it was super nice. Most of the day I was just following the other guys and then at the last part they were making jokes about me leading out or not leading out and letting them all do the work. So, I said, fine, I’ll take my turn and I just left them and it was good. The terrain was super good. The navigation was nice. The roadbook was good. The thing is, with the speed, like the top speeds in the speed zones, it’s all so much for me. It’s so much for my brain. Sometimes I just blank. Like, I’ll be paying attention to the speed zone and it will say go, no turns, all you have to do is stay straight and follow this course. I have to almost stop, and I forget what I’m doing. I don’t know if it’s about experience. It’s pretty tough”.

Skyler Howes: “Today was super, super difficult in terms of being hard on the body, hard on the machine, and an incredibly long day. I was managing the day well, not pushing too hard and keeping a little in reserve for the coming days ahead. I was riding at a comfortable pace through the rock-strewn tracks early on, but when things opened up in the final 100 kilometers or so I put on a bit of a push because I thought I might well be behind by that point. As it happens, my pace was good, and I brought it home in third. There were no major mistakes on my end, just a couple of little moments, and the bike felt really good over all the different types of terrain. I’m starting third tomorrow, which isn’t ideal for the stage the organizers have promised, but I’ll do my best and aim to put in another solid day.”

Ricky Brabec: “The stage was good, a very hard one. It was full of rocks and also wet, so it was very demanding for us and for our Honda CRF 450 Rally. Strategy is working as planned, so I am quite happy to be here in Alula. Tomorrow is another day and we will be able to push harder, so I am looking forward to starting stage number 3”

Toby Price: “That was a tough stage today. The organizers led us through a load of river beds and rocks pretty much the whole way. It’s definitely not easy, and to make it safely to the finish you really have to take things a little steadier and focus on staying smooth. The projected time was around four hours, but it’s taken us close to five and a half to get to the finish. Other than that, I’m happy with how I rode, I’m here in one piece and ready to fight again tomorrow.”