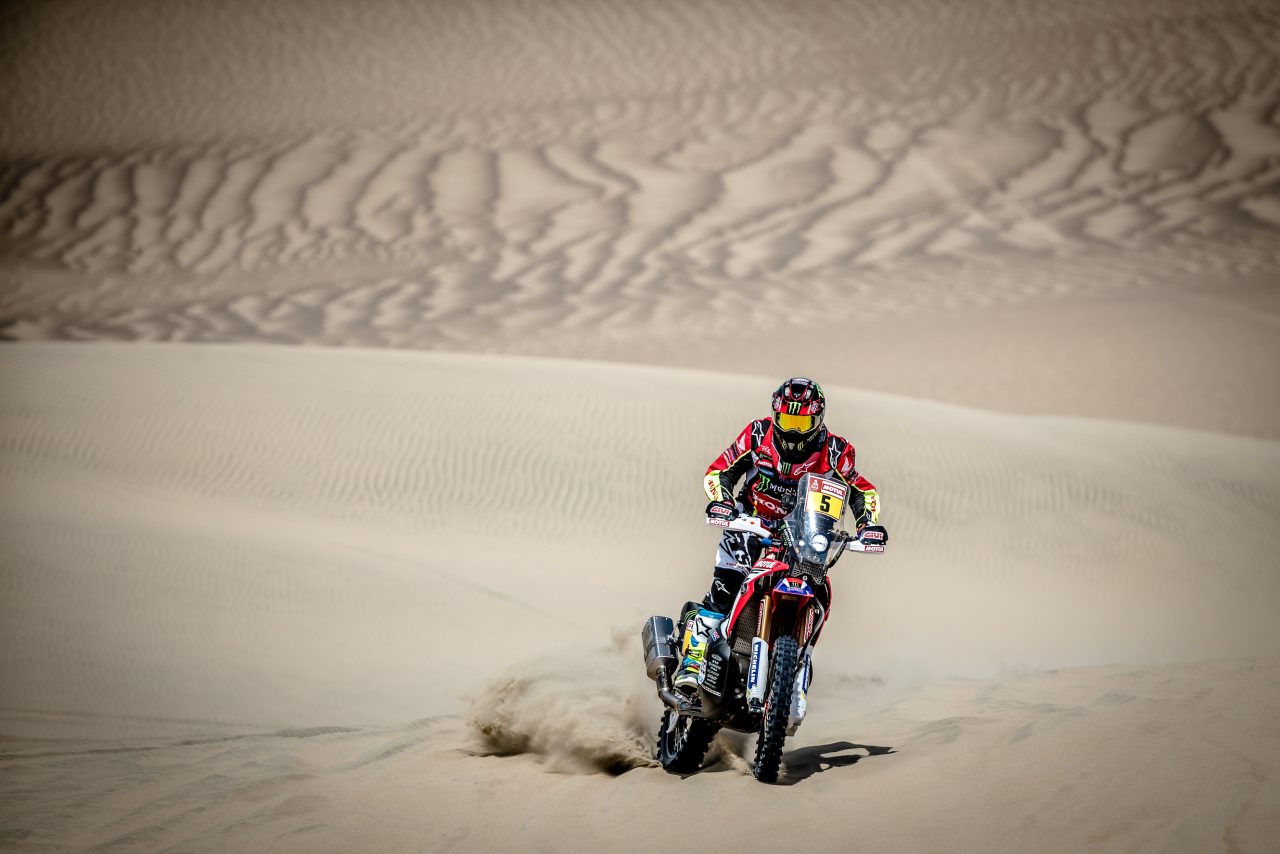 A rough offroad ride and sand dunes were the order of the day for stage two of the 2018 Dakar Rally. The course featured a total of 279 kilometres with 95% of the distance against the clock. The stage was something of an anomaly given that the cars got to start out before the bikes, leaving riders to deal with heavily churned up sand after their four-wheeled counter parts had roared through.

The initial section of the 277-kilometre stage around the outskirts of Ica and Paracas, required some skillful navigation in soft yet physically demanding dunes, complicated further by the altitude.

Joan Barreda was the fastest man of the day, finishing in 2:56. “A hard, tough stage with quite a confusing part at the beginning where we had to keep our concentration,” said Barreda. “I jumped a dune hard and I really felt that in my hand over the next few kilometres. The final part was very fast and I was able to pick up quite a bit of space and in the end it turned out well. Tomorrow we have to open the track and everything changes again, but we always knew that it would be that way and we just have to keep on as best we can.”

Ricky Brabec finished the stage in twelfth spot and moves up one place in the general rankings to eleventh. The American rider got slowed up among some of the lost cars going in circles in the desperate search for some of the route’s more elusive waypoints. “It was very good today. We had some great dunes, but the big difference is that we had the cars ahead of us. I kept finding people circling around, lost, looking for the right track, but for me it was a good day, and I think that it was a fine result for the team too. We arrived at the bivouac well and I saw that Joan had won and is now leader, so congratulations to him. We will try to continue like this until the end.”

Andrew Short was 25th on the day and holds the same position in the overall classification. Shane Esposito was 35th today, but carries a penalty from missing a waypoint on day one. Overall he sits in 94th, while Mark Samuels on the MEC Honda team was 38th on the day and is now 31st.

SPRINT HERO RACING: SEASON ONE, ROUND ONE