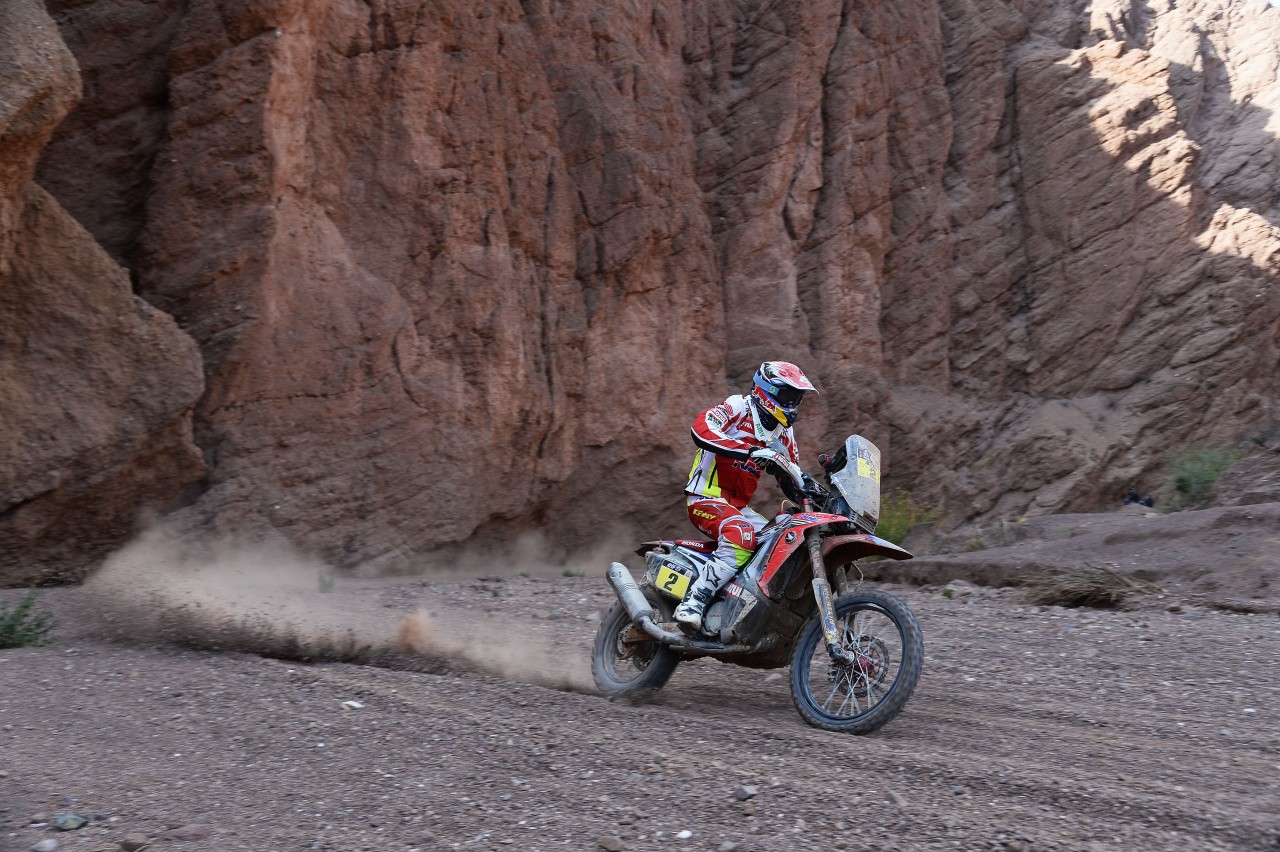 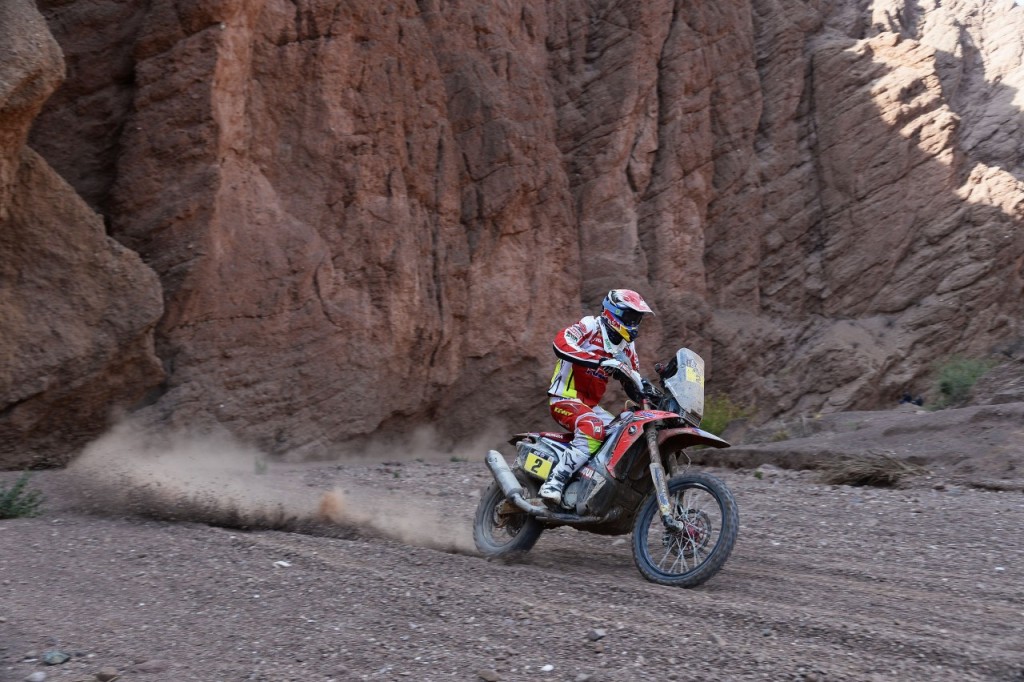 Already a winner the day before in Cachi, Joan Barreda did not lower the pace – far from it – on the way to Termas de Rio Hondo with a second consecutive victory. Paulo Gonçalves, the second placed finisher on the day’s stage, has not released the pressure on Marc Coma. Nasser Al-Attiyah has handled his status as the rally leader in the car category since the second stage with vigour. The Qatari again demonstrated his talent and is slickly heading for victory in Buenos Aires.

Already quick when leading the rally, Joan Barreda becomes almost untouchable when he is free from any pressure. The Spaniard seemed to have decided to show that he was indeed the quickest rider on the 2015 edition by picking up a second consecutive triumph, his fourth since the start. However, the most noteworthy performance on Thursday came from Paulo Gonçalves who has still not given up on final victory. The Portuguese rider regained 2’23’’ from Marc Coma to move within 5’12 in the general standings. However, the efforts of the Honda HRC rider could be in vain because he will receive a fifteen minute penalty in the general standings for having changed his engine. He borrowed this engine from Barreda who in turn had benefitted from the sacrifice of Jeremias Israel Esquerre, forced to exit the race after giving the engine of his Honda to his team-mate during this marathon stage.

Coma still remains in the lead, but will have to pull out all the stops over the next two stages if he decides to keep the same engine on his KTM. Ivan Jakes had a field day with third place, 1’35’’ behind the stage winner, which is his best result since the start of the rally, finishing ahead of Ruben Faria and Toby Price. The Australian took advantage of Pablo Quintanilla feeling very ill to regain more than two minutes and thus climbs onto the provisional podium in the general standings. Helder Rodrigues, Alain Duclos and Stefan Svitko were the other riders in the day’s top 10.

In the quad category, Christophe Declerck provided the day’s performance by opening up a gap of 6’35 over his nearest pursuer Nelson Sanabria and 6’50 over both Walter Nosiglia and Willem Saaijman. The Frenchman gained his first stage victory this year, whilst Victor Gallegos was forced to withdraw after breaking his engine, leaving Rafal Sonik with a lead of 2 hours and 50 minutes in the general standings.

Leading the rally with an advantage of almost half an hour over the second placed driver has evidently not encouraged Nasser Al-Attiyah to ease off. On the contrary, the Qatari has even seemed to increase his pace over the last two days, with a second consecutive stage victory in Termas de Rio Hondo, enabling the Mini driver to veritably leave his mark on the Dakar 2015. It was his sixth stage victory this year and the 25th of his career on the Dakar. Orlando Terranova has also shone several times on this year’s rally and finished – like yesterday – just behind Al-Attiyah, by only 27 seconds. Giniel de Villiers seems to have given up all hope of winning outright, although his third place today only 39 seconds behind the stage winner again showed that the Toyota driver is not lacking much to beat the Minis.

The surprise of the day came from Lithuanian Benediktas Vanagas who achieved his best stage on the Dakar on his third participation with a fine fourth place, 40 seconds behind Al-Attiyah. It was evidently a very close day today, because Vladimir Vasilyev also put in a good performance to complete the top 5, finishing 1’16 behind the Qatari. However, the day did witness the withdrawal of Yazeed Alrahji the day after Nani Roma’s major crash. Having broken down several kilometres before the start of the special, the third placed driver in the general standings exited the race whilst he was in the process of accomplishing a wonderful performance on his very first Dakar. This situation smiled on Krzysztof Holowczyc who climbs onto the virtual podium, a position he has not yet ever achieved at the finish of the Dakar on his nine participations.

In the truck race, Hans Stacey reproduced a performance similar to the first stage by grabbing a second victory ahead of his rival and countryman Gerard de Rooy by a little more than one minute at the finishing line of the special. The battle between the Kamaz took second billing today as Eduard Nikolaev finished third, regaining two minutes on Airat Mardeev (9th) to maintain the pressure in the general standings on his team-mate who is a little more than eleven minutes ahead.