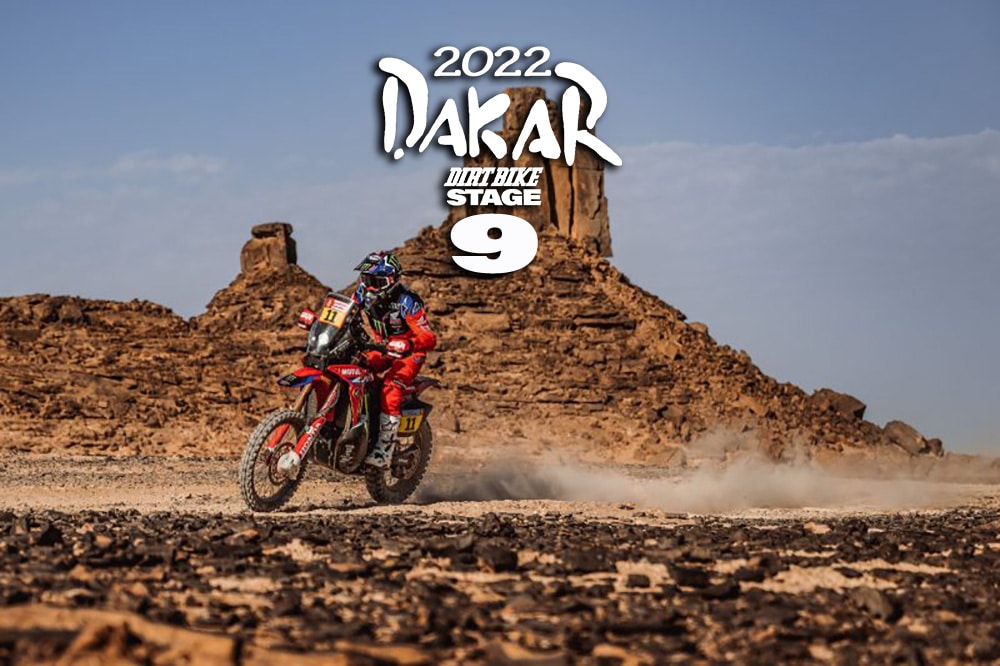 Relatively short at a total distance of under 500 kilometers, and with a timed special of 287 kilometers, stage nine of the Dakar was made up of a fast, looped route close to Wadi Ad Dawasir. Once again, the riders to start up front faced a significant disadvantage, as yesterday’s winner, Sam Sunderland could only manage a 12th place finish. Nacho Cornejo, on the other hand,  started 15th and won today’s stage. As the third rider into the stage, Matthias Walkner  had one of the most impressive rides. By catching the riders ahead by the finish, the experienced Austrian not only moved himself up into the provisional lead of the race, but also lost the minimum of time to his closest competitors while also securing himself another strong start position for Wednesday’s stage 10.

Nacho Cornejo: “I think I had a good stage. Yesterday I lost a lot of time towards the end, opening the track, and today I wanted to make up some of that time. I would have liked to make up more, but the stage was very fast and it was difficult to make a big difference. I’m pleased: I did what I had to do, which was to push. There are three days left and we will continue with the same attitude, trying to turn out solid performances and improve in the general standings.”

Ricky Brabec: “Today went well. I think I rode very well, and that’s positive. The team, the riders and the mechanics are doing an excellent job. I’m slowly realising a couple of things: sometimes there are days when you don’t lose or gain time and sometimes you can gain or lose a lot of time. It’s something we have to study… I’m happy to be able to get to the end of another day with the whole team. There are two tough days left, so we’ll have to keep pushing. I try to go fast every day, to make up time, but maybe I have to do things differently.”

Andrew Short: “Today was a really fast stage and it flowed well with a lot of sweeping turns. There was also a small section of massive dunes, which were cool with some nice jumps in there too. So, it was a big change from yesterday, which was nice as that one was long and tough. Today was pretty short, and pretty quick, and even though I had a good result I didn’t make up too much time unfortunately. It’s still tight with times around the top 10 so hopefully through the next three days I can keep doing what I’m doing and break away from the battle a little bit.”

Mason Klein: “Happy with the day I made zero navigation mistakes just had a weird issue at the refueling today that cause my 20 minute timer to reset setting me about 4 minutes back. Pretty sure it’s my fault. No problem though because tomorrow I’m sure will be great.”