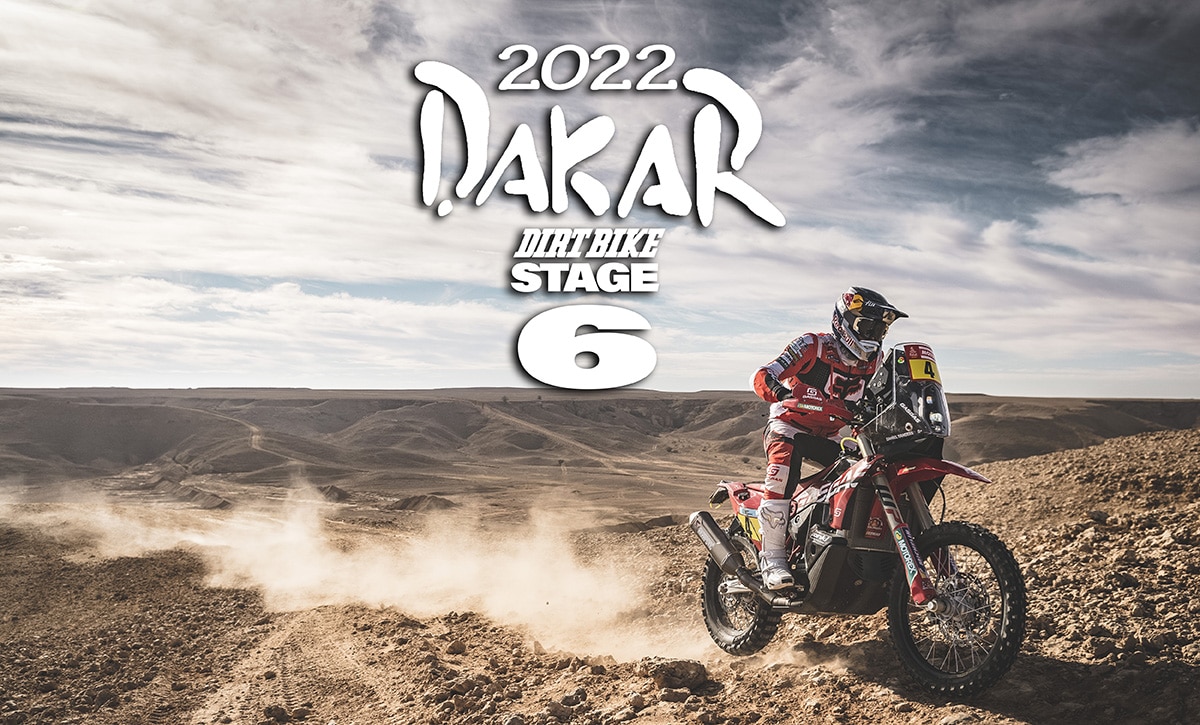 Today’s stage was cut short due to poor conditions. Race organizers called a halt to the special stage with 101 kilometers completed, a quarter of the scheduled total.

Today’s stage was held over brutal course conditions, given that the cars, SSVs and trucks had competed over the same route a day earlier. Riders set out well-aware that they would have their work cut out on this tough, physical stage. However, the race organizers quickly realized just how treacherous the route was for most riders: “The deterioration of the track due to the passage of cars and trucks yesterday, combined with recent torrential rains, has made the route impassable,” announced the ASO mid-stage. Furthermore, the organizers’ communiqué stated that “the classification for the sixth stage will be established at kilometer 101.” Therefore, the final stage length was approximately a quarter of the originally scheduled total.

José Ignacio Cornejo and Ricky Brabec found themselves opening the way after  Danilo Petrucci and Ross Branch (yesterday’s 1-2 finishers) crashed out. On reaching the refueling point, the riders were instructed to continue, however, the race direction helicopter subsequently informed them that the special had been shortened to the refueling point, and from there, competitors were directed back to the bivouac in Riyadh.  In the end, the GasGas teammates of Daniel Sanders and Sam Sunderland found themselves at the top of the leaderboard. American riders Brabec, Mason Klein and Andrew Short had good days, although sad to see Skyler Howes gone after yesterday’s crash.

There will be no stage tomorrow. After six days of tough racing, the competitors have earned a well-deserved rest day. After arriving at the bivouac today, the riders will have the entire day to relax and prepare both physically and mentally for the second week of competition. 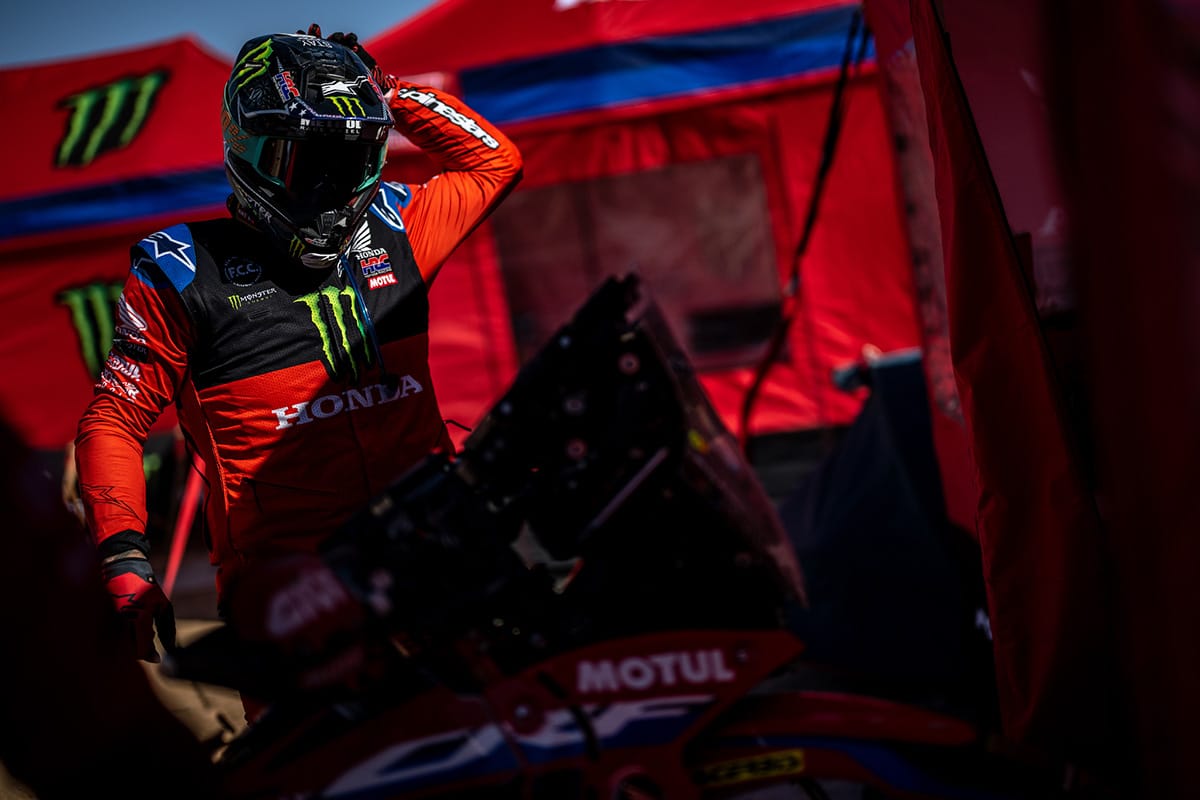 Ricky Brabec: “This is the day before rest day. It was supposed to be a little over 400 km. The day was strange. The organisation is trying to do different things with different ideas, I understand that, but I don’t agree with what they did today, which was yesterday to start where the cars passed yesterday; this is not normal. It’s a big safety issue. We’re holding a lot of fuel. They are big and heavy. It’s dangerous out there. A couple of riders have fallen hard. This shouldn’t be part of the rally. The cars and tyres are getting bigger and they are creating bigger ruts. It’s more dangerous. We made it to the rest day and we’re happy. Then we are going to attack the final seven days of the Dakar.”

Andrew Short: ” Wild day following the car and truck tracks from the previous day. P-16 and 11th OA. Stage got stopped 100km in because of safety concerns. I didn’t feel comfortable going fast with the conditions and tried to ride smart with the goal of getting to the finish line this year. Stoked to be at rest day healthy and ready to give it a go for the second week. Bummed for my teammate @rossbranchbw and hope he gets healthy soon after a big get off 3 km in this morning.” 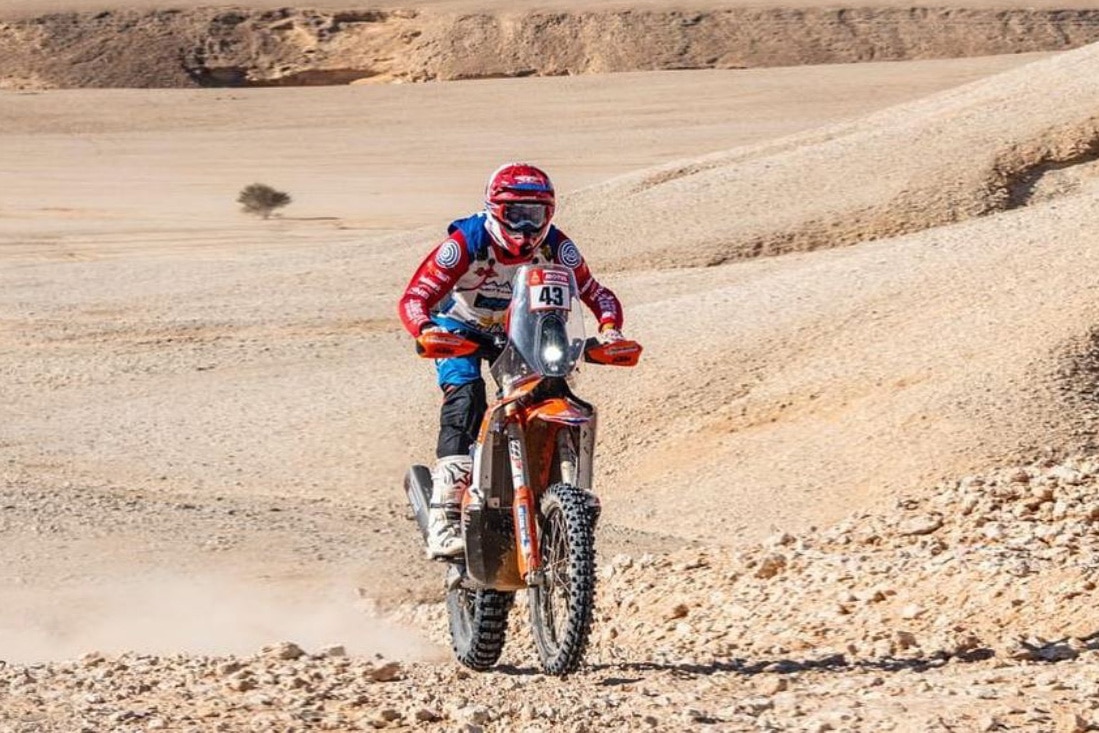 Mason Klein: “Happy with the results considering everything that happened today. From my side it was a perfect day I just rode my dirt bike and navigated good. I couldn’t be happier with the team and my performance so far.”