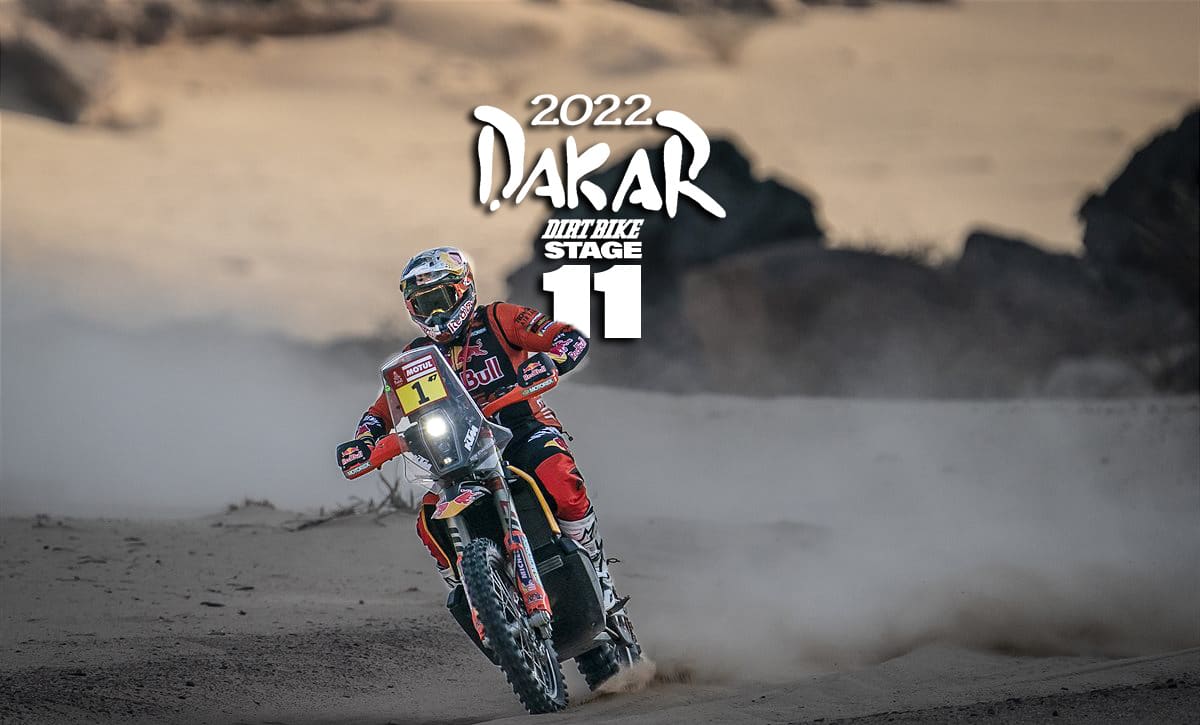 Today’s special stage was brutal. Both navigation and terrain were among the most challenging of the entire rally. Some 346 kilometers of sand and dunes, on a total stage of just over 500 kilometers, helped define how the podium is likely to look at the end. At one point, a sand storm threw in an extra twist to make conditions even more difficult. Kevin Benevides, who failed to finish yesterday, was allowed to start in 23rd position, which is permitted by new rules. He is no longer in contention for the overall win, but he can ride to support his teammates and for individual stage wins. He made the most of his situation to score the best overall time, winning by just 4 seconds over GasGas Factory rider Sam Sunderland. That put Sunderland back in front of the provisional standings with what looks to be a good lead. He holds an advantage of almost 7 minutes  over Honda’s Pablo Quintanilla going into the short final day. Ricky Brabec had yet another good day to finish in fifth on the stage, catapulting him to sixth overall. This year, Ricky has been one of the very few riders who can start up front and finish up front. Unfortunately, his day one misfortunes have proven insurmountable as far as a podium finish is concerned.

Ricky Brabec: “This year’s Dakar has been difficult for me personally, to get back into the fight after a bad start. The team didn’t let us down, so we can’t let them down…. We have tried very hard to do our best and give it our all. On this stage 11 we tried very hard to do a good job; I would have liked to make up a lot more time than I did. I’m happy with the way I’m riding and I’m happy with the team, I’ve learned a lot. Our teammate Pablo can do it tomorrow. Unfortunately, I heard that the stage will be shortened, which in my opinion is unfair.” 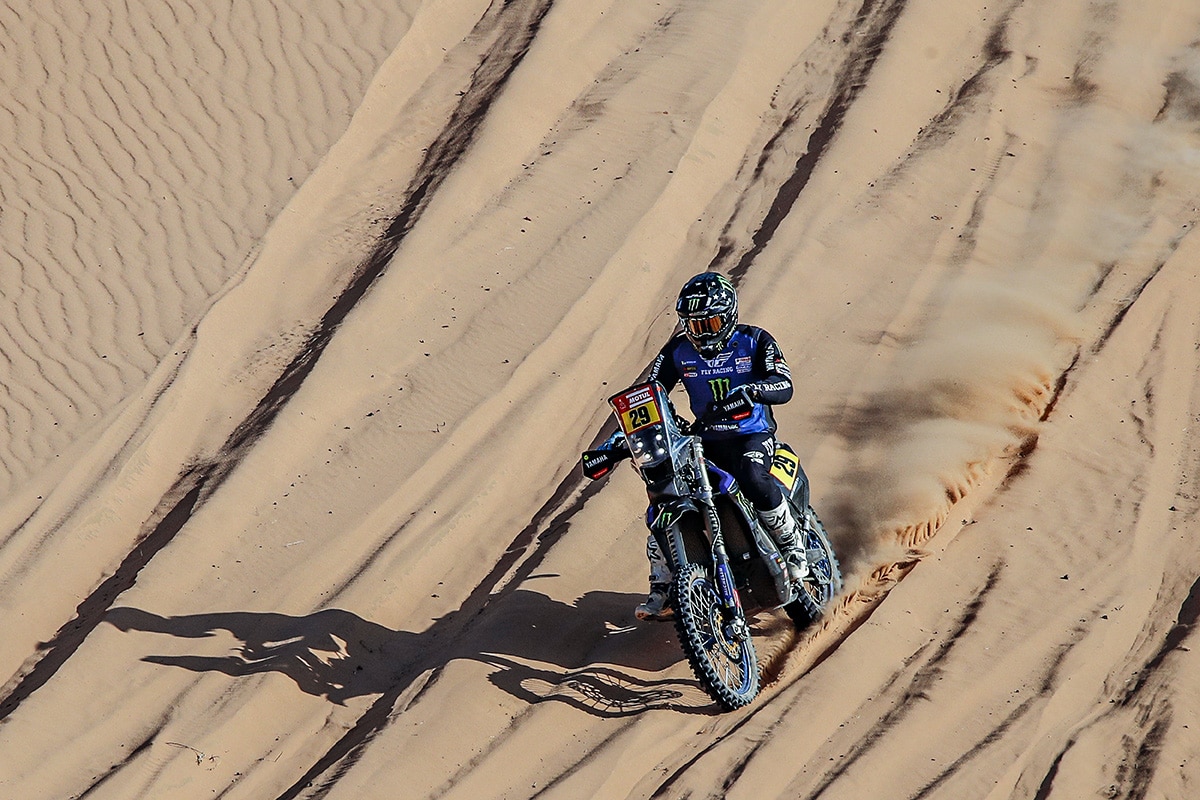 Andrew Short: “It was a really tough day, by far the toughest in terms of riding and the physical side of things. Plus, the navigation was pretty hard early on and after four kilometers there was a lot of riders stopped to figure things out. But after that I did a pretty good job of opening and minimizing the damage. I rode with Adrien a lot today, which was pretty cool and now we’re really close to the finish. Getting across the finish line was the goal from the start and we’re close now, so it’s exciting that we’re almost there.”

Mason Klein: “Lots of sand dunes today. I don’t feel the most comfortable in the dunes yet, especially dry dunes so today I just did my best to stay on 2 wheels. One day left and it is looking really close between me, Toby Price and Stefan Svitko. I can’t believe I can even say this. What an insane rally. I feel like Toby and I have been riding together since the beginning of the rally but I really think he should let the little guy have this one.”

HUSQVARNA TC85 PROJECT: BEHIND THE BUILD