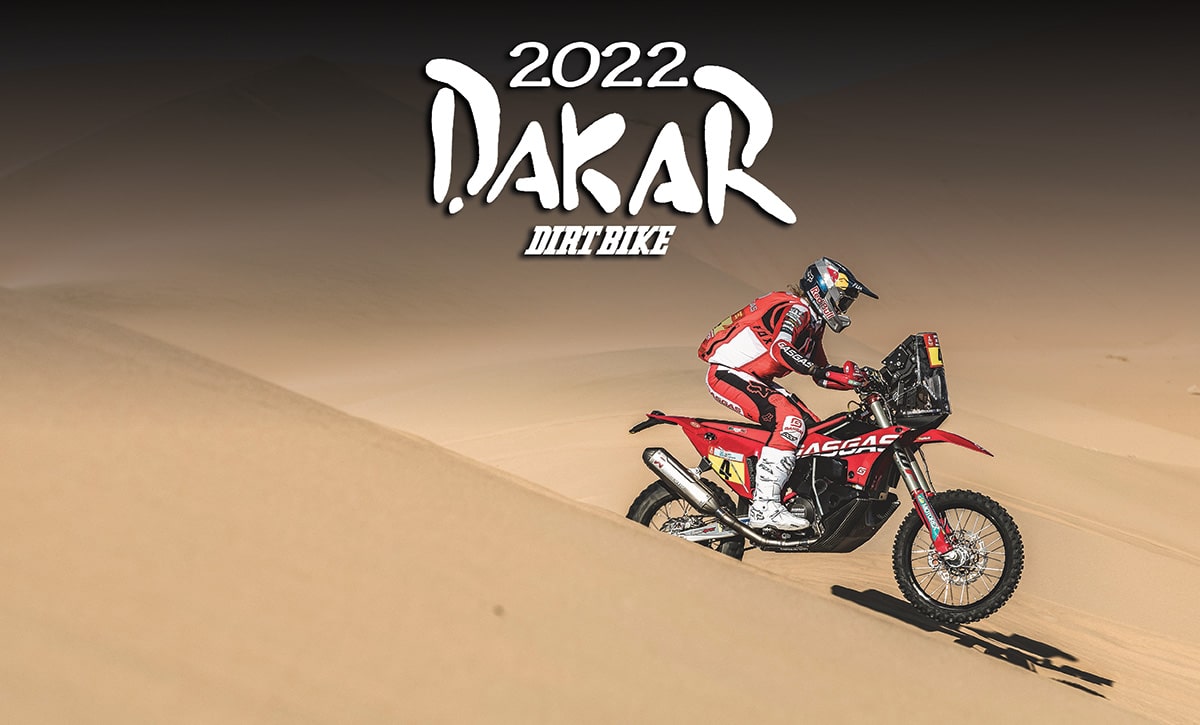 The 2022 Dakar Rally is underway after the opening leg of a special stage which is set to finish tomorrow. Today saw a brief 19-kilometre prologue with a very long transfer, for the most part over sand, but also featuring a small amount of dunes. Australian GasGas Factory rider Daniel Sanders topped the leaderboard at the end of the qualifying stage and will therefore get first pick of starting position for Stage 1B. The best of the Americans was Andrew Short on the Monster Energy Yamaha team in 9th. Ricky Brabec was 12th and Skyler Howes was 22nd.

Today was about strategy. The first 15 bikes at the finish of the special will get to choose their starting order for stage 1B in the reverse order of the standings. Sandbagging to finish just outside the top 15 is flirting with disaster, as a factor of 5 will be applied to the times at the end of the qualifying stage. 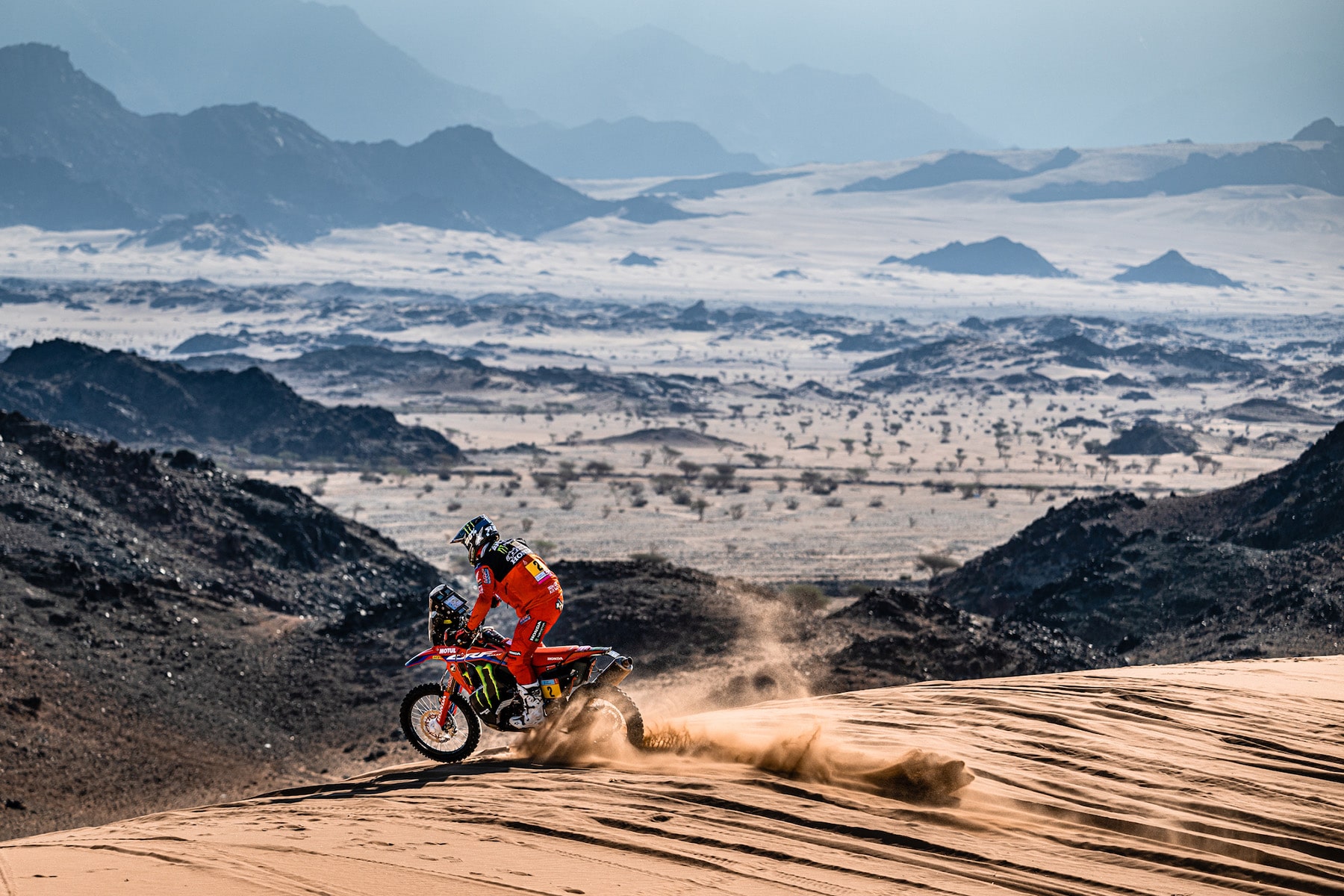 Ricky Brabec: “I think the Dakar really starts tomorrow. It was just a prologue and a big transfer day. Today was just really for starting positions. I didn’t do the best, so it looks like I’m going to be starting from the front, more or less, tomorrow. There is still the whole Dakar to race; we have twelve days more of racing. So today was a kind of transfer day just to get to Ha’il. The team is here. We are looking healthy, so let’s keep moving forwards, keep the spirits high and let’s keep the finish in sight.” 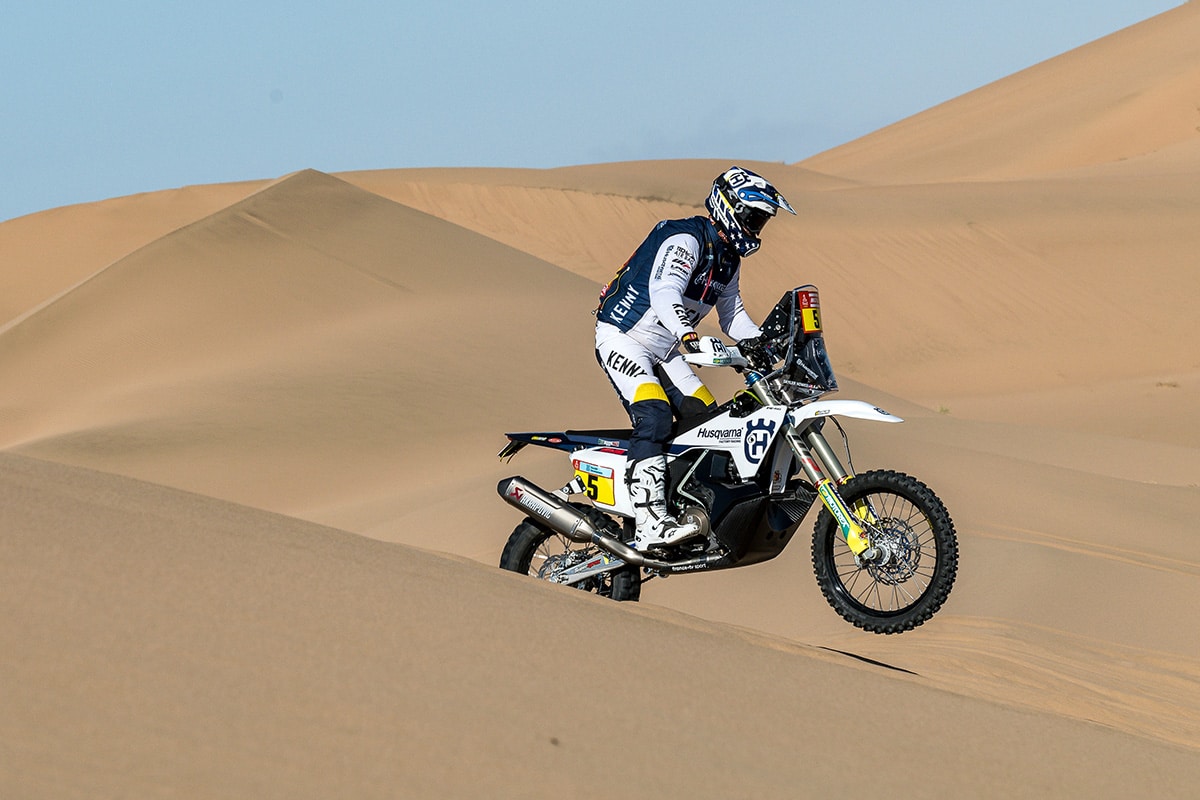 Skyler Howes: “Prologue done. Long day for a short stage! Tried to put myself in a good starting position for stage 1 and I think I’m there. Played it a little too safe and lost some minutes but there’s a long road ahead of us!”

Andrew Short: “Prologue or stage 1 A today. P-9. Not bad and not great so I’m pretty happy! Should be starting around 7th tomorrow to get going on Stage 1B.” 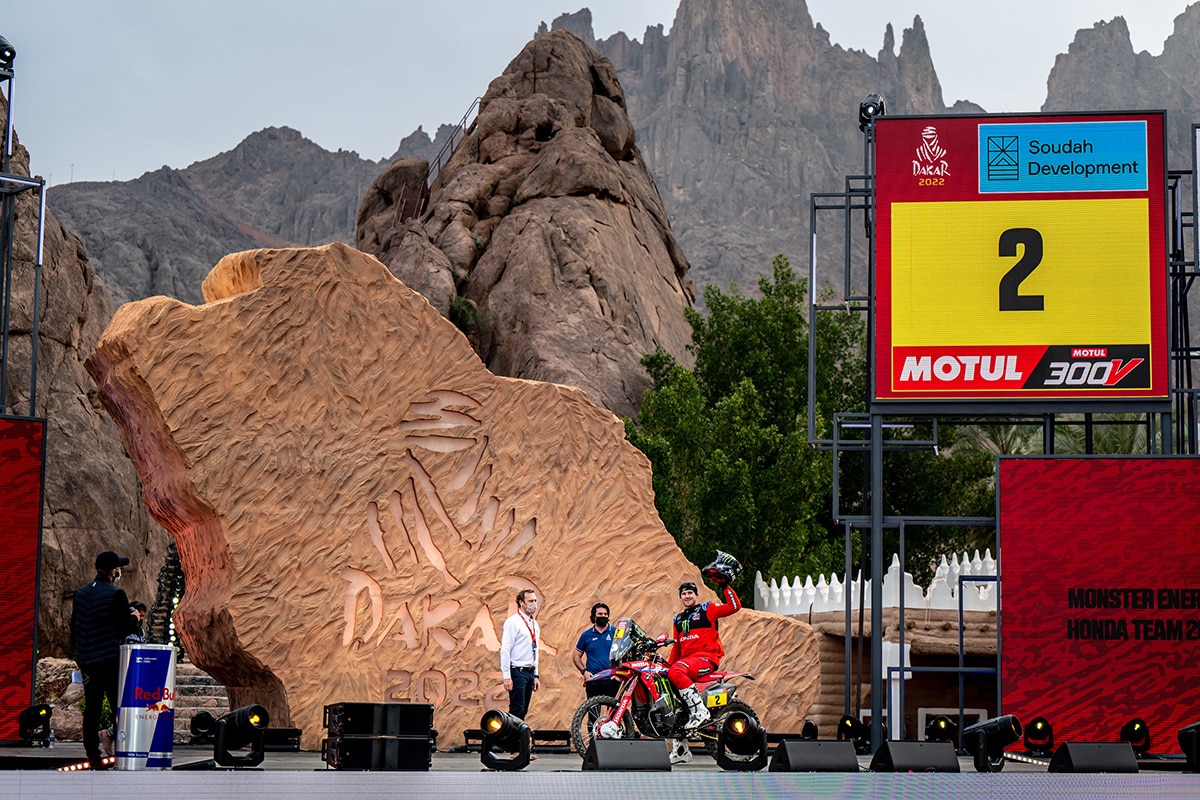