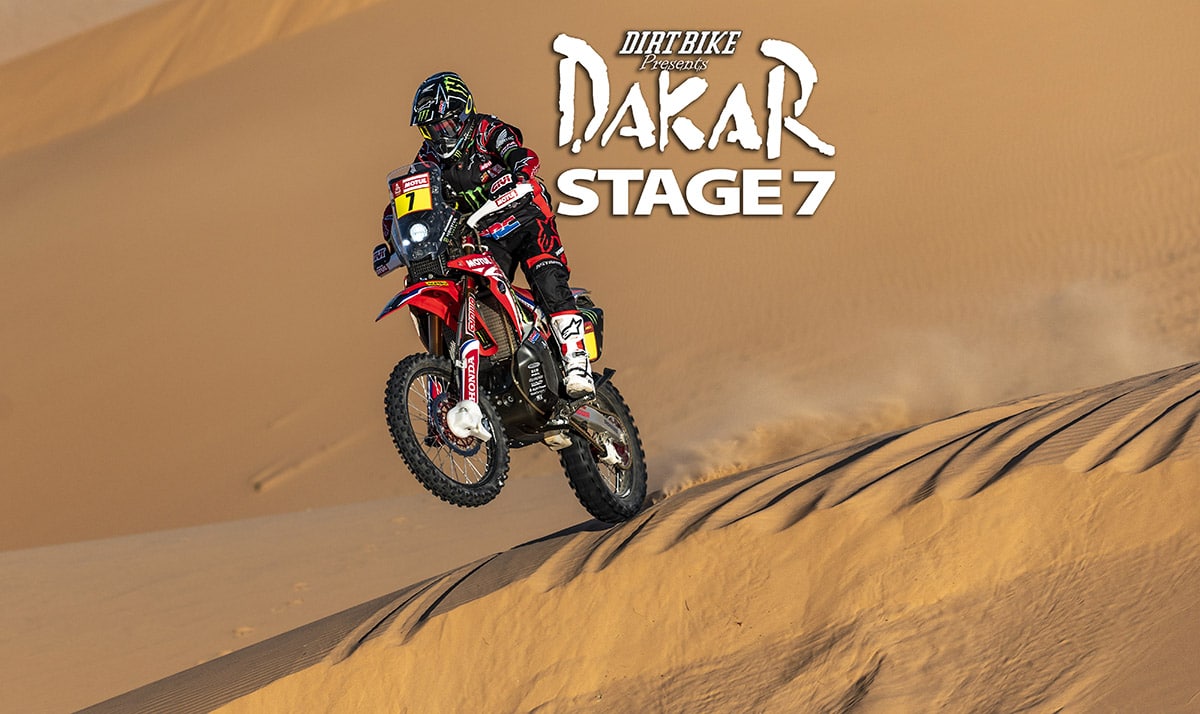 Today’s stage 7 of the 2020 Dakar Rally held the longest special stage of the entire rally (546 kilometers against the clock), from Riyadh, southbound with destination Wadi Al-Dawasir. The route took in varied terrain types, going from multiple tracks in off-piste plains, to lengthy stretches of dunes, making up a quarter of the special. When it was over, HRC Honda rider Kevin Benavides was declared the winner after a period of confusion surrounding the death of Paulo Goncalves. Around halfway through the special Goncalves crashed and was later pronounced dead. To read of the Paulo Goncalves incident, click here.

Benavides, who had the fastest time until that point, stopped to remain with the fallen rider until the medical helicopter had departed. KTM rider Toby Price did the same. Initially Honda rider Joan Barreda was declared the winner, but after the time was adjusted, Benavides was on top. His chances of overall victory are almost nill, though, after having been towed in on stage six with a blown motor.  Ricky Brabec, still sits on top of the standings despite the burden of starting up front after winning stage six. He was fifth on the day without conceding much time to his immediate pursuers on the leader board.

Ricky Brabec: “On arriving we heard the news about Paulo. We all know that motorcycling is a dangerous sport, but today is a really sad day for the people of Cross-Country Rallies. Our thoughts are with the family. The race standings don’t mean anything anymore. It’s secondary. Life goes way beyond sport.”

Andrew Short had a good day, riding to a ninth place finish, His thoughts, too, centered around Goncalves.

Andrew Short: “Speechless and having a hard time understanding this.  Paulo was an amazing person and great racer. My thoughts and prayers are with his family. Today is a day I won’t forget.”