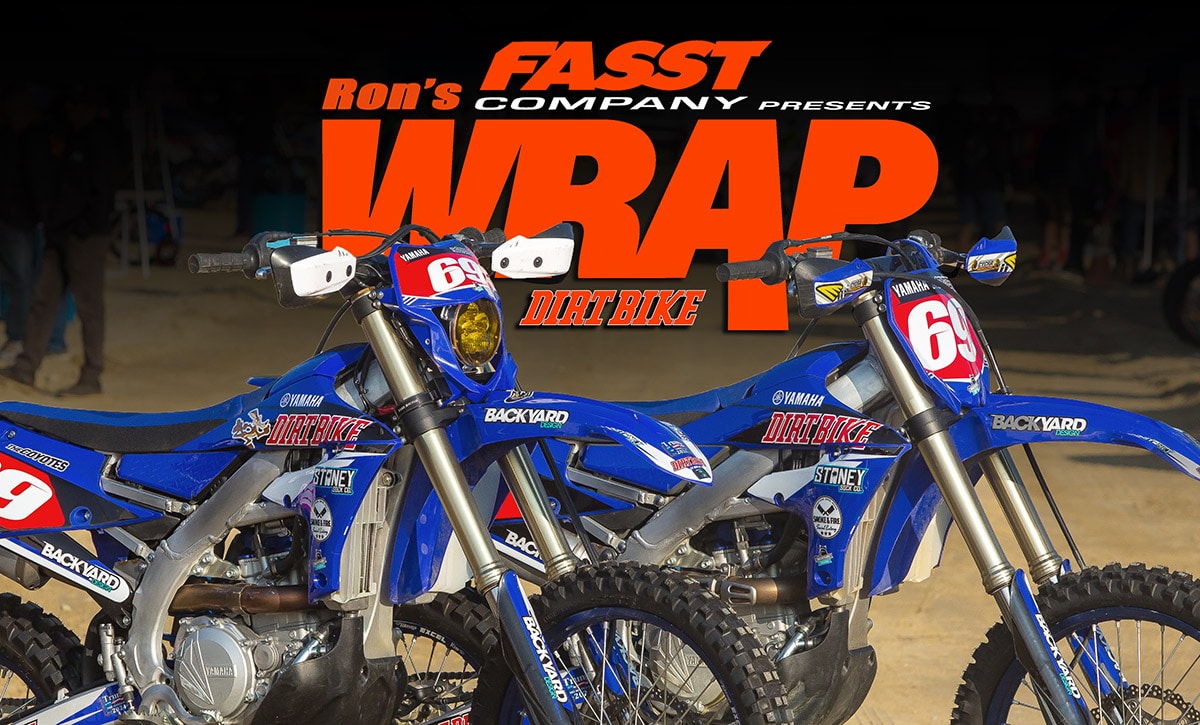 The 3 Bros. 24 hours of Glen Helen usually drives all the wildlife out of the hills surrounding Glen Helen raceway. But, each year it does attract one particular pack of coyotes. The Glen Helen Coyotes consist of Dirt Bike videographer Travis Fant with test riders Jared Hicks, Richard Taylor, Sean Lipanovich and Sean Foos. The membership list shifts from year to year, but those were the riders who lined up for the 2021 24 Hour in order to defend their championship in the Industry class. Each year they learn something new about what it takes to race all day and all night. Back in 2015, they learned that staying up is better than crashing out and leaving your bike in a ditch all day. In subsequent years, they have learned lessons on organization, set up, spare parts, work-load sharing and the importance of having good lights. The lesson they have to relearn over and over is the importance of a team that can last as opposed to a team that goes fast.

The formula for 2021 was clean and simple. They built one bike for daytime and another for the night. The rules for the event allow a spare motorcycle for all but the Pro teams. It’s a fact that having a spare bike is crucial, but you have to forgo the purse, so year after year, sportsman classes (like the Industry class) do much better in the overall results than you might expect.
The two bikes were similar, but specialized for their tasks. The daytime bike was a 2021 Yamaha YZ450FX. It’s as fast as anything in the race but has several significant differences from the YZ450F motocross bike. The suspension is softer, the gas capacity is greater and it has a granny first gear, low enough to deal with the tightest canyons in the park. The night bike was a 2021 Yamaha WR450F. The WR and the FX are based on the same platform, but the WR is an officially designated off-road bike, as recognized by the EPA. That means it’s ultra quiet and has a very soft, gentle power delivery. The suspension is also a little softer than the FX and has a headlight in stock configuration.

The original plan was to install Yamaha’s Competition kit on the WR. That, along with a competition exhaust system, would bring it up to the same performance as the FX. That idea was abandoned for two reasons. First, no GYTR competition kits are currently available. The worldwide shortage in microchips has put many unexpected products in short supply. The more the team rode with the stock bike, though, the more they began to see the benefits of the stock power delivery. At night, you really don’t want a hard-hitting race bike. By the time the sun goes down, the track is beat and the riders are tired. It’s a case of slowing down your roll to survive until the sun rises. Another advantage is the quiet exhaust. When you ride a bike for hours, silence leaves you with at least a less severe headache. For lights, the WR got a new Task Racing LED lamp, which dropped into the stock shell but provided roughly 10- times as much light. The FX was run with a stock numberplate, but if the need arose, a Baja Designs Squadron headlight could be mounted quickly. That was another Coyote lesson from the past; always have a back up plan, especially for lights.

For tires, both bikes got STI Tech 2s with STI heavy duty tubes. In theory, the two bikes with fresh tires should be able to make the entire 24 hours. But just in case, there was another set of wheels with fresh tires ready to go. Three extra filters, all bagged with cages and pre-oiled, were prepped. Each Coyote was responsible to bring 5 gallons of pump gas. The most important member of the team is the one who doesn’t ride. Brian Medeiros was the pit captain. He was the man who stayed up all night, keeping track of laps, and giving riders their 30 minute warning. Without a good pit captain, all is lost.
That’s all that’s truly necessary for a sportsman team. For a pro team you need to go a few steps further, particularly with spare parts. They also have to increase gas capacity and use a quick-fill Dry Break fueling system. Sportsman teams don’t have to ride for longer than an hour at a time, which is well within the stock fuel capacity of the Yamaha’s 2.2 gallon fuel tank. And with only one pit stop an hour, you can take the time to unscrew the gas cap.
The result? Once again, the Coyotes won the industry class. They finished seventh overall with 70 laps. As always, though, they left plotting their comeback next year. The 24 hours of Glen helen is a very bad habit that’s hard to break.

It’s finally official! Today, KTM announced that Aaron Plessinger will be teamed up with Cooper Webb and Marvin Musquin for the 2022 supercross season.

Aaron Plessinger: “I’m really excited for the opportunity to join Red Bull KTM and work alongside everyone associated with the factory team effort. To be honest, I’m pretty excited to bring a new vibe to the team. I rode KTMs a lot as a kid, so I’m looking forward to getting back to my roots and having some fun but this time on the KTM 450 SX-F FACTORY EDITION. Getting to train at Baker’s Factory with Aldon Baker, who has helped shape the careers of many champions over the years, is an opportunity I didn’t want to pass up. Hopefully I can push my fitness to new limits and better hone in my racing techniques by training alongside all the other top riders there.” 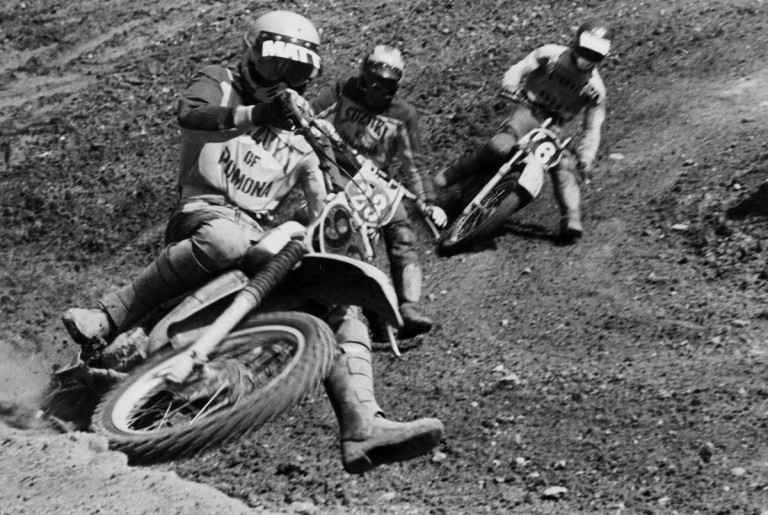 Here are some shots from my archive of local So Cal action from the late ’70s with three riders who are important parts of today’s dirt bike scene. In front is Matt Tedder, who now runs team Tedder. Behind him is Paul Thede, who was a pro rider and had a company called ST Racing in the days before he founded Race Tech. Behind them, and quite possibly about to pass them both, is Andy Jefferson, who is now the man who makes it all happen at KTM/Husky/GasGas North America. I was a local track photographer in those days, selling back and white prints for $2 a pop. 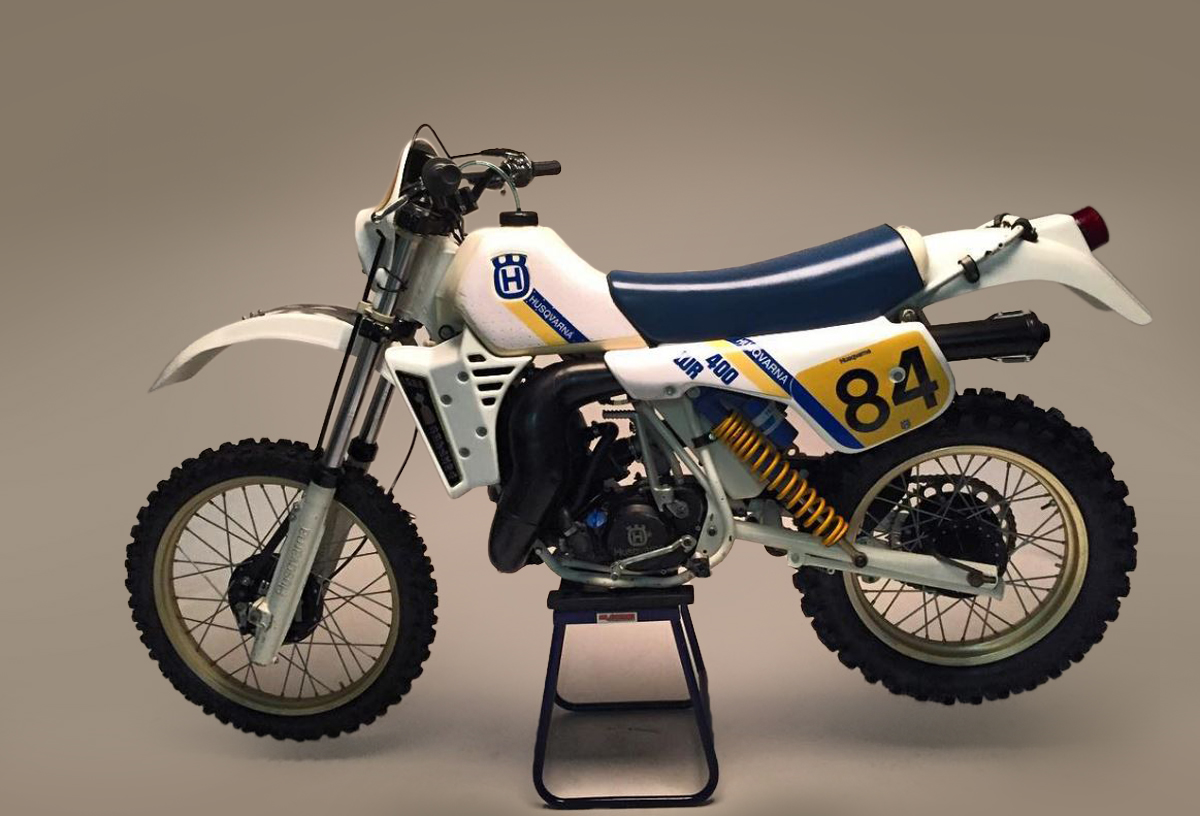 A few years ago, Robb Mesecher picked up this bike in excellent condition. It was, in my opinion, the best bike that Husqvarna ever produced in Sweden. The 1984 Husqvarna WR400. It was Husky’s first liquid-cooled bike and the last of the twin-shockers. Robb rode it since then and saidit wasn’t anything special. Oh, well.

That all for now!