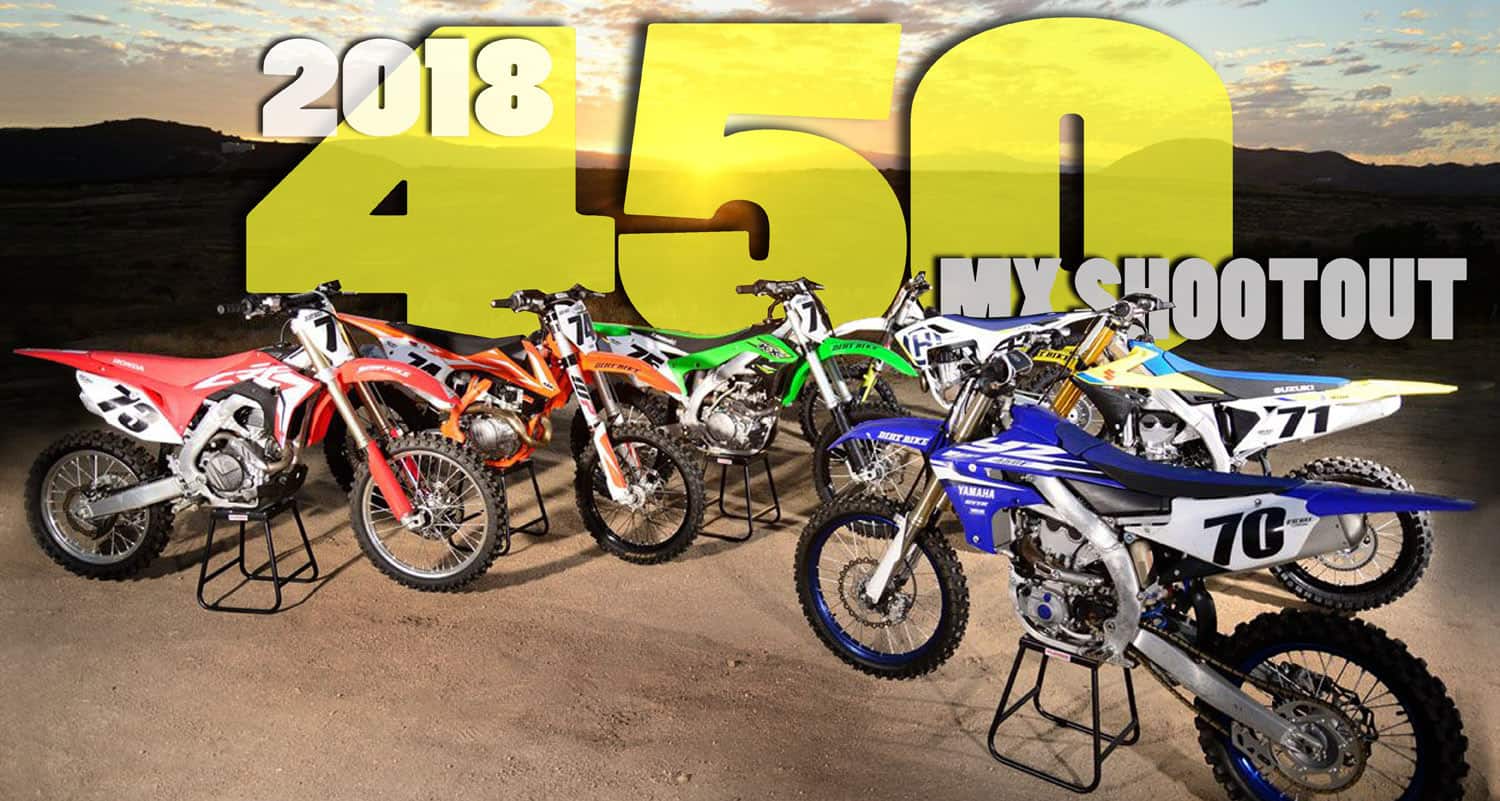 CONCLUSION
And the winner is…
This year we had more internal disagreement than ever before. Oddly enough, it wasn’t about the winner. That was clear from the first day of testing. The real chaos was about how the bikes stacked up through the middle and the bottom of the ranks. Every bike had a champion who was willing to go to the mat. Some had several. 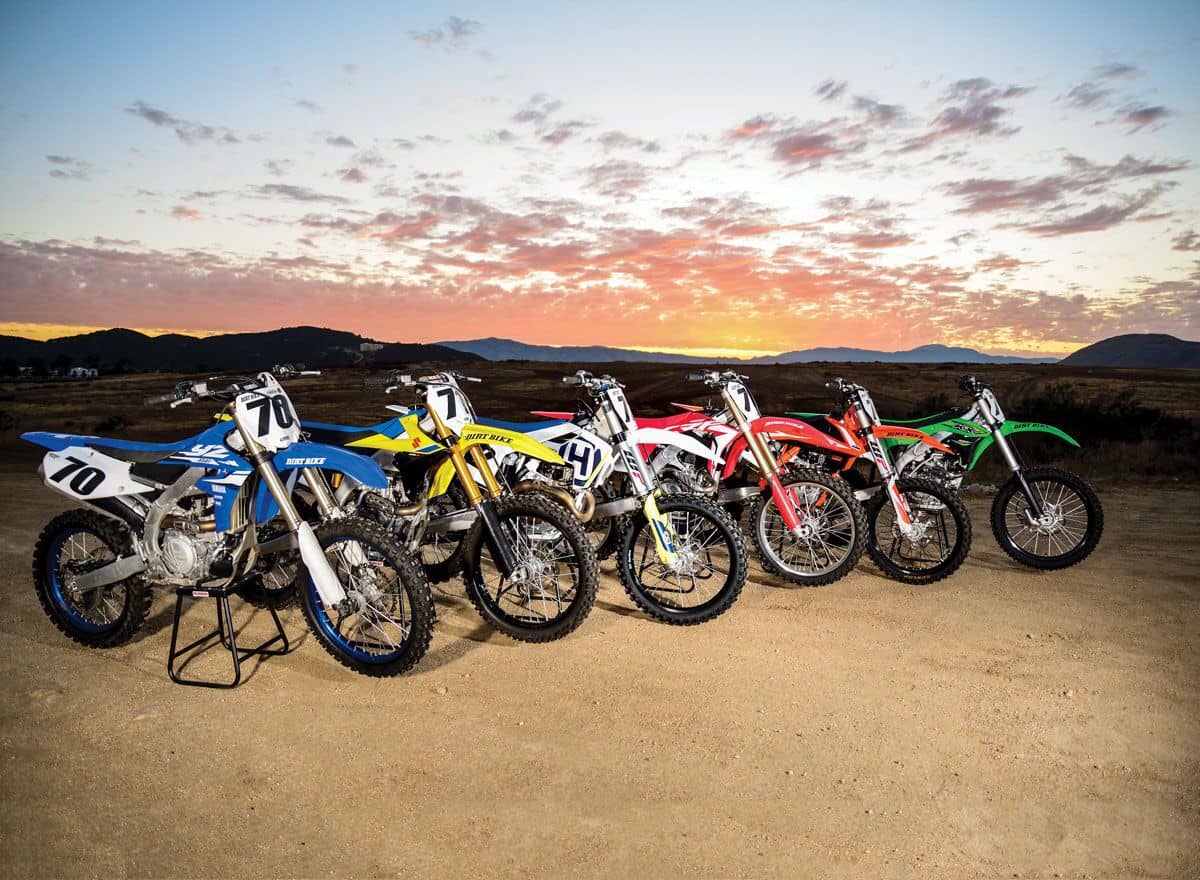 FIRST PLACE: KTM 450SX-F
You can make an argument for just about any motorcycle in this group, but it’s impossible to argue against the KTM. It has everything—a great motor, electric start, excellent suspension, a hydraulic clutch, the best brakes and the advantages that come with being freakishly light. The KTM is a complete package. That’s how it was last year, too, and now the KTM has survived serious challenges from new iron to return as class champion.

SECOND PLACE: HUSQVARNA FC450
We still find it impossible to separate the KTM and the Husqvarna in any ranking. They have their own distinctive personalities, but at the end of the day, they’re more alike than they are different. They both lack significant flaws. The Husky’s power delivery is perhaps a little less thrilling, but some riders like that better. The brakes, suspension and even the clutches of the two bikes are equal in performance.

THIRD PLACE: HONDA CRF450R
We love the fact that Honda gave the CRF450R electric start this year, but in terms of sheer performance, the bike paid a small penalty. Its biggest asset was agility, and that’s been burdened with a few additional pounds. It’s still an exciting bike to ride. It still turns well, and it still has an incredible capacity to go faster and faster as the rider learns to trust it. That’s why it might be the best choice for some pro-level riders.

FOURTH PLACE: KAWASAKI KX450F
Everyone underestimates the Kawasaki and then is surprised by how effective it is. It’s a no-risk decision in the 450 class because it handles so well. It’s much lighter than any of the Japanese bikes, and, in terms of on-the-track performance, all the test riders loved it. On the other hand, all said, they would hesitate to own it because of the air fork and the lack of electric start. Unfortunately, if Kawasaki addressed those issues, the KX would be just as heavy as the others.

FIFTH PLACE: YAMAHA YZ450F
This is where the real controversy is. The Yamaha is the newest, most advanced bike of the year. It has the best suspension and unquestionable quality. So, how could it finish so far down the list? It is at once too new and not new enough. The main complaint with last year’s YZ was that it was massive and awkward to turn. This year it gained weight, which was the one thing it didn’t need. We love electric start just like everyone else, but don’t blame us for wanting it all.

SIXTH PLACE: SUZUKI RM-Z450
With such a stunning visual presentation, the redesigned Suzuki was another bike that created high expectations this year. And it is, for the most part, an improved package over the 2017 model. But, how could it come into 2018 at 240 pounds without an electric start? The Suzuki still handles well. The motor is acceptable and the suspension is good, so there’s no doubt that it will continue to win on the national level. But, this is a bike that Suzuki could have built five years ago. 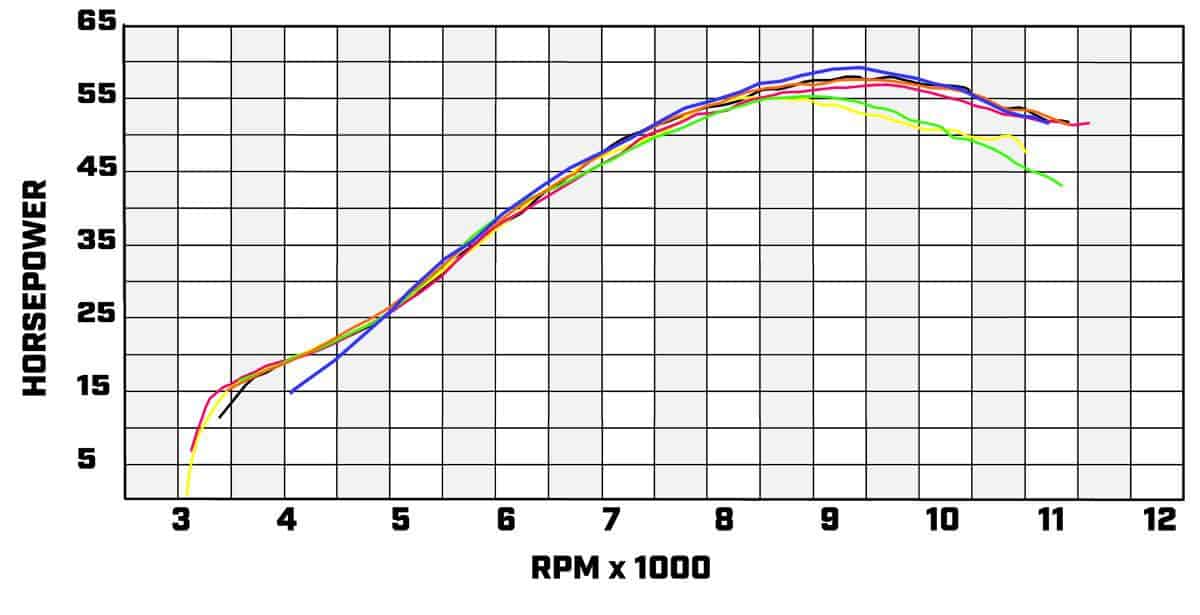 The Weekly Feed: James Stewart- The master of air time!