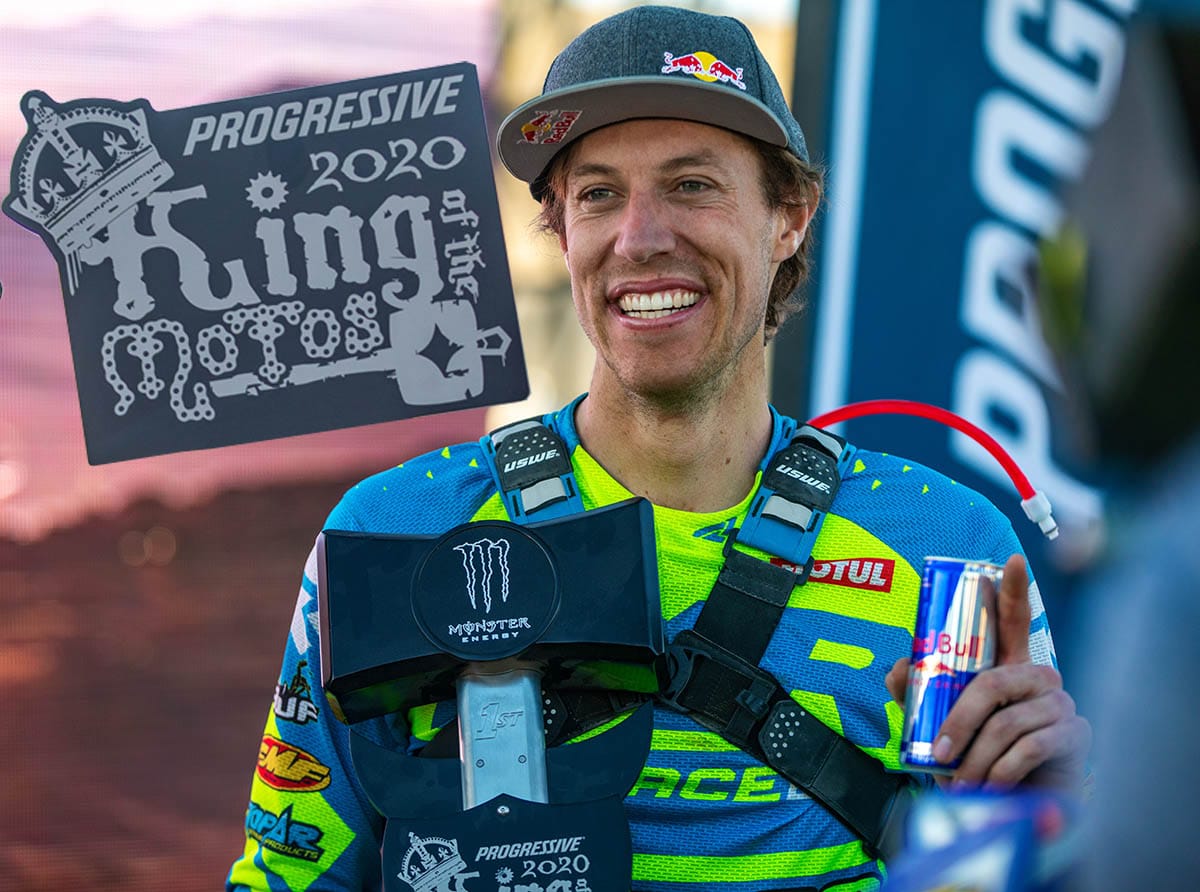 The much-anticipated return of Cody Webb led him straight to a victory aboard his Factory ONE Sherco, at this year’s Progressive King of the Motos, Round 1 of the Sherco AMA West Extreme Championship.

After almost a year off due to a severe knee injury, Cody returned to racing for the first round of a new series on a new team; moving from Red Bull Factory KTM to Factory One Sherco. Ironically this would also be the return of the King of the Moto’s (KOM), as the event did not take place in 2019.

The race consisted of 3 loops: bronze, silver, and gold sections, which riders follow solely by GPS. There are no course markings with the exception of check points and pits, and this year a good amount of dust keeping visibility to a minimum. The day started early with a Prologue determining starting times. From there the riders headed out to a land-rush start, kicking off the three-loop race! Red Bull Factory KTM rider Manuel Lettenbichler (2019 World Enduro Super Series [WESS] champion) shot to the front, with Cody Webb hanging tight on his fender. The two of them would trade first and second place throughout the remainder of the race, with RPM Racing’s Trystan Hart aboard his KTM and Rockstar Energy Husqvarna Factory rider Colton Haaker following behind in third and fourth position.

Only 4 riders made it to the gold loop, and none of them finished. Every rider timed out and were pulled off the course including the leader Manuel Lettenbichler, who said later he felt really good and wanted to keep going but was told he had timed out just prior to the last check point. It would appear at first glance that the German rider had won the race, but after GPS trackers were read it was determined he had gone off course during a section of the gold loop called Back Door. The hour penalty would eventually cost him the win, pushing him back to a fourth-place position.

Ironically,  Colton Haaker who was currently battling for fourth made the exact same mistake, pushing Mani back up to a third-place podium finish. This mistake gave the crown for the 2020 Progressive Insurance King of the Moto’s to Cody Webb, naming him once again as the KING of the Moto’s. This will be Cody’s fifth win at KOM, and his first aboard his factory Sherco.

He is followed by Trystan Hart in second and Mani Lettenbichler in third. Fourth went to Colton Haaker and David Kamo aboard his PCI Radio’s KTM rounded up the fifth Pro place position.