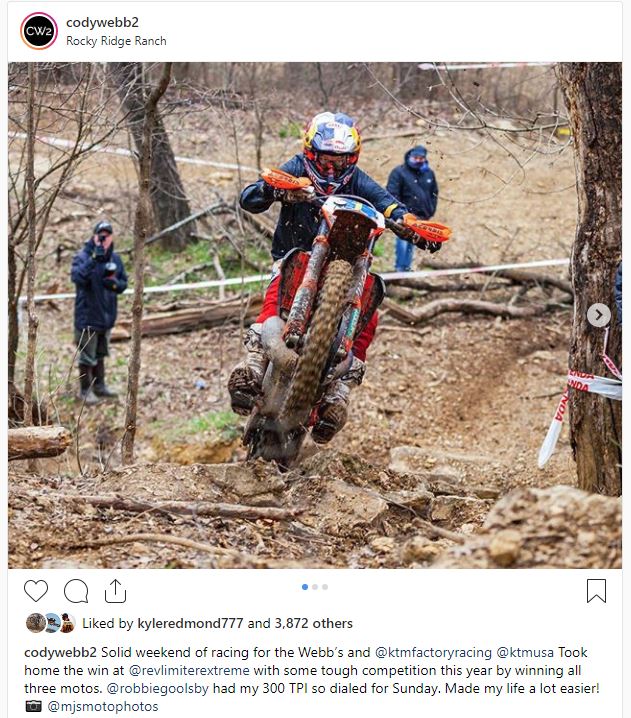 FMF KTM’s Cody Webb dominated the 2019 RevLimiter Hard Enduro in Decatur, Texas, beating out hard enduro specialists Wade Young of South Africa and Mario Roman of Spain. The RevLimiter was not only tough, but it was well organized and well run. The race marks the start of the 2019 AMA Extreme Off-road State Championship Series, which crowns state champions in their perspective state, along with qualifying riders for the AMA Grand Championship, the Tennessee Knockout in Sequatchie, Tennessee. If that weren’t enough, The RevLimiter also serves as round one of the new, five-round AMA American Hard Enduro Series.

Freezing rain and cold temperatures greeted competitors at this year’s race as action got underway on Saturday with a one-lap elimination race over an eight-mile course that served to pare the 150-rider field down to 75 for Sunday. This race included just a few of the extreme sections that would challenge the top riders later on Sunday. Three races on Sunday would determine the winner, with each race counting equally, similar to the old three-moto national Motocross format.

In all, Webb turned the fastest time in Saturday’s qualifier and then won all three “motos” on Sunday en route to the overall win. “The conditions were less than ideal, but I won everything I entered and I guess that’s the way you want to do it,” said Webb. “I struggled a little bit on Saturday just because we saved the good tires for Sunday. Today I felt good in the conditions. The final race was tricky with all the lappers, but I hit all the big hits perfectly. There was one creek scattered with people and I came through and went all the way to the top without putting my foot down once. It was a great weekend and the bike was unreal.” 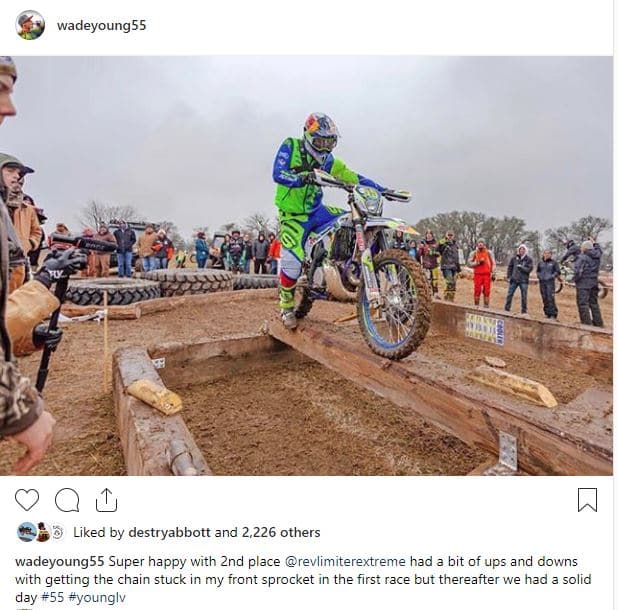 Sherco-mounted Young broke his shift shaft in the first moto, leaving him stuck in first gear for the duration of the race, but rebounded to finish second overall with a 3-2-2 moto finish.“I was stuck in first gear during that first race but we made the best of it,” said Young. “We regrouped and battled early on with Cody in the second race but he got away in the end. In the last race Cody was just a step above us, but Mario and I had a good battle. I managed to get away from him on the second to last lap.”

Third was Roman, who went 2-3-3 on his factory Sherco. “For me, the most difficult part was riding in the cold,” said Roman. “I was riding in Peru last weekend and it was 40 degrees C (104 f). It was difficult to ride with no feelings in my fingers. But I had a good battle with my teammate. Cody was having a really good day.” 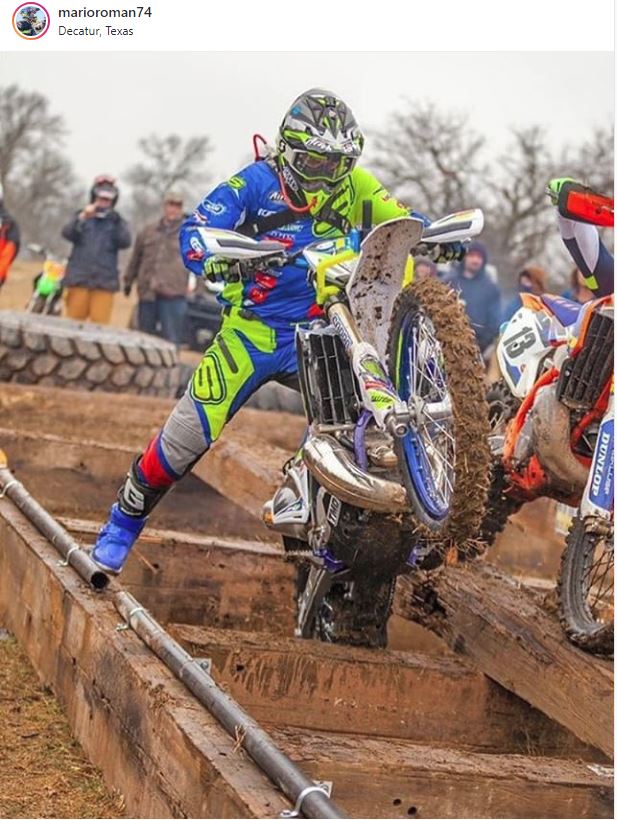 Kyle Redmond finished fourth overall, went 4-5-4 in the three motos. Redmond has been off the bike since November and was making his first ride on a Sherco at the RevLimiter.,EnduroCross regular Trysten Hart rounded out the top five on a KTM with a 7-4-5 performance. 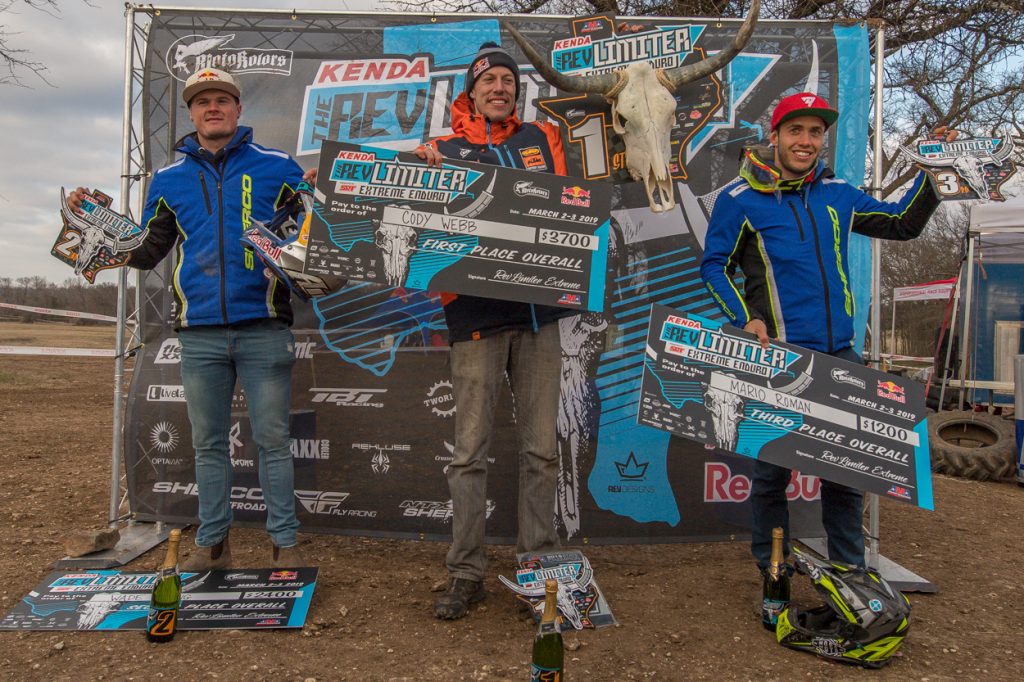