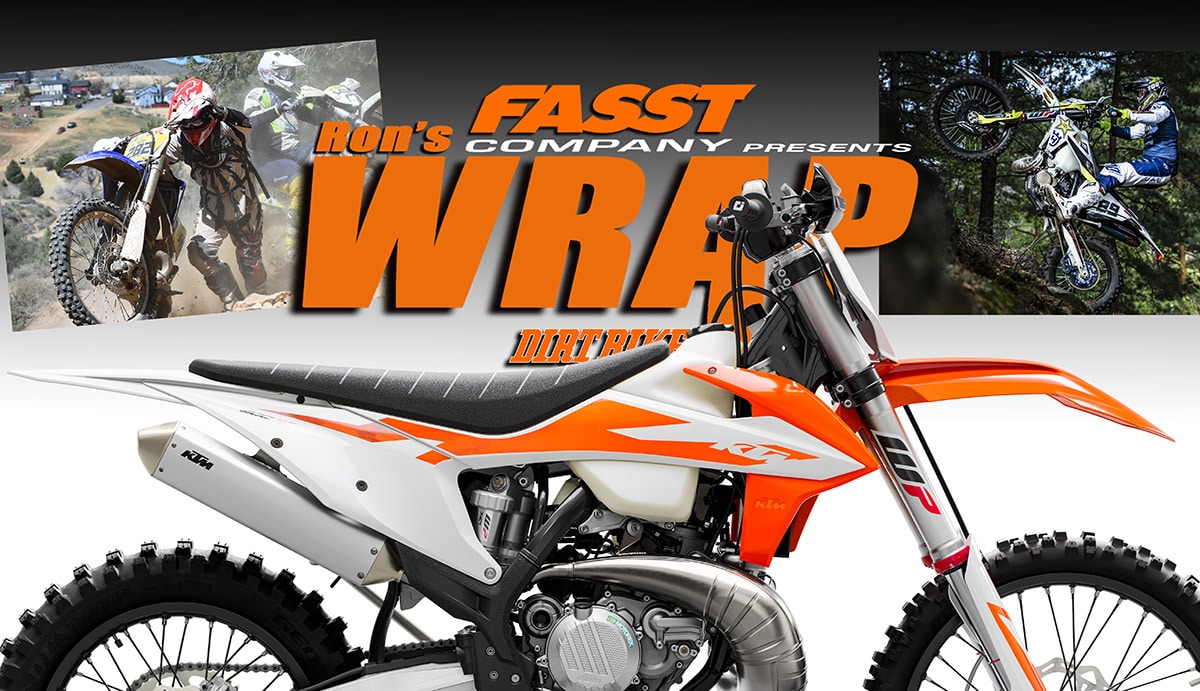 Both KTM and Husqvarna announced their competition models for 2020 this week. Most of it was what we expected: minimal changes. We get a preview of the 450 motocross models each year at the start of the Supercross season when the KTM Factory Edition and the Husqvarna Rockstar Edition are released. These are essentially early release version of the upcoming year. The only surprises so far are the KTM 300XC TPI, the KTM 250XC TPI and the Husqvarna TX300i. These are the first fuel-injected two-strokes aimed at competition. 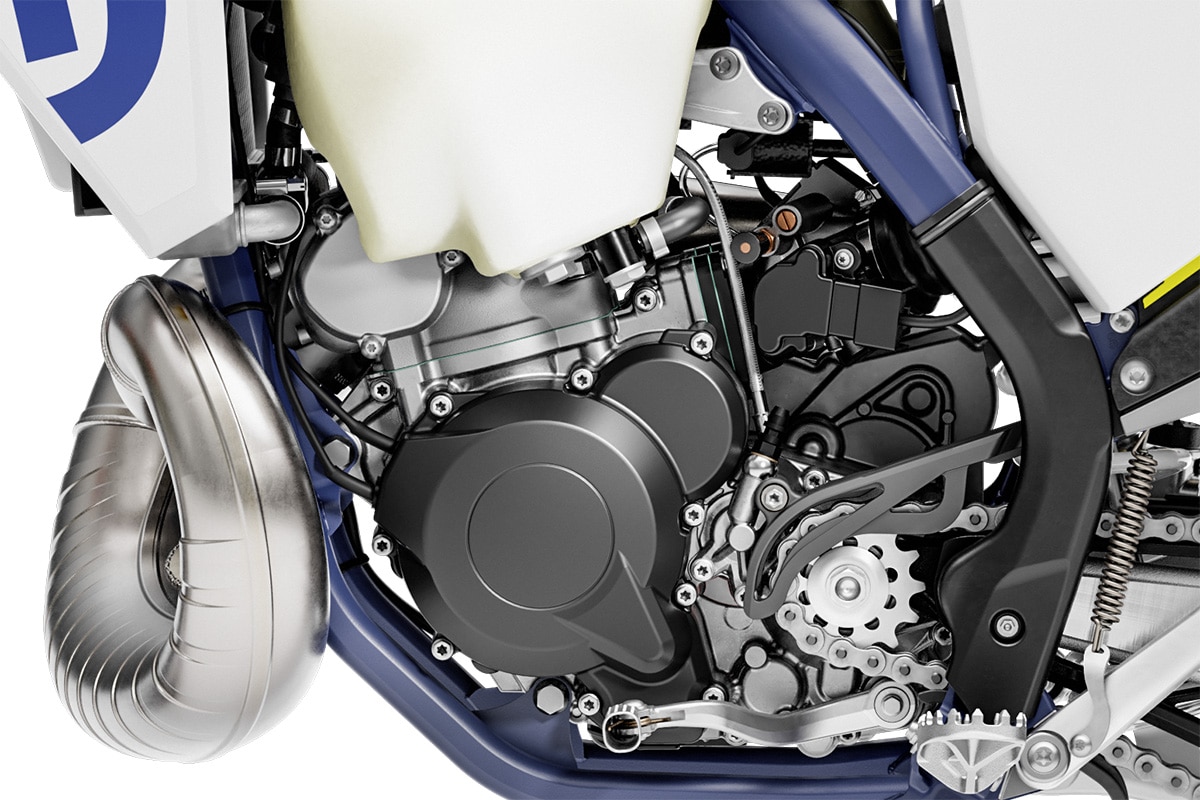 The frames will be the same as the 2018 models (aside from the blue color for the Husqvarna. ) These models got the stiffer motocross-based frame last year, whereas the trail versions  (The KTM XC-W models and the Husky TE models), had an earlier chassis. The trail models will probably get the new fame for 2020, but they will be announced later in the month.

The 2020 XC and TX models will get the mild suspension upgrades that we saw on the Factory Edition. The front still has an air fork, but it has a number of mechanical changes and a new name. It’s now called the Xact AER 48. All that is as expected. What we didn’t think was coming so soon was the move away from carburetors. In 2018, the first TPI bikes from KTM and Husky were also offered with Mikuni carburetors, more or less as an option. That changed in 2019. The TE300i, the tE250i the 300XC-W and the 250XC-W were TPI-only. No carbs. If you didn’t want injection, you could turn to the more aggressive TX and XC models. Now that alternative is gone. It’s injection only unless you want the kickstarter-only motocross two-strokes. If the pattern continues, by 2021 there will be no carbs on large displacement KTM and Husky two-strokes. 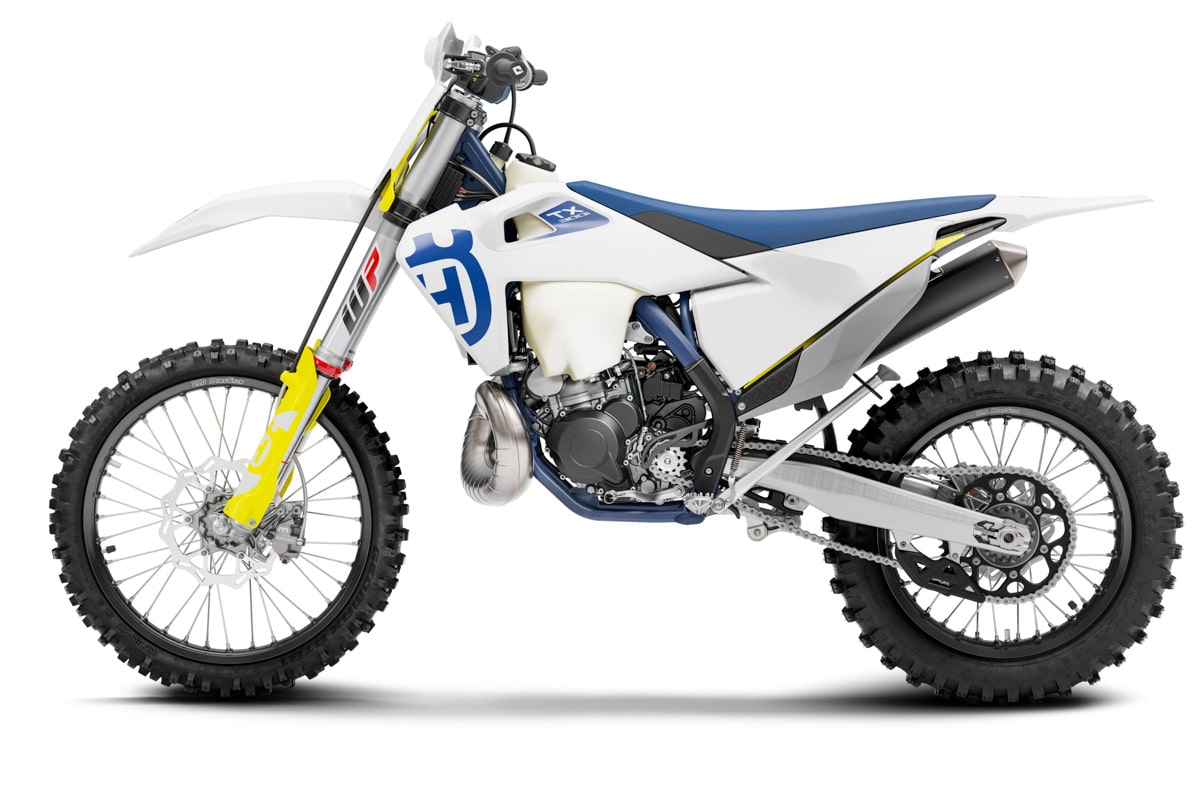 Is that such a bad thing?  This time last year, the notion would have worried us. In the course of the year, though, the TPI system has come a long way. GET now offers tuning options that weren’t available previously. The glitches that we used to complain about about have all but vanished. The performance has always been comparable to carburetion, at least in terms of power. The injected system has a different feel; it’s smoother with less hit.  Another factor is that KTM fans have never really warmed up to the Mikuni carburetor on the 2018 and 2019 XCs. Many riders replaced it with a Keihin or Lectron. That issue has been eliminated. 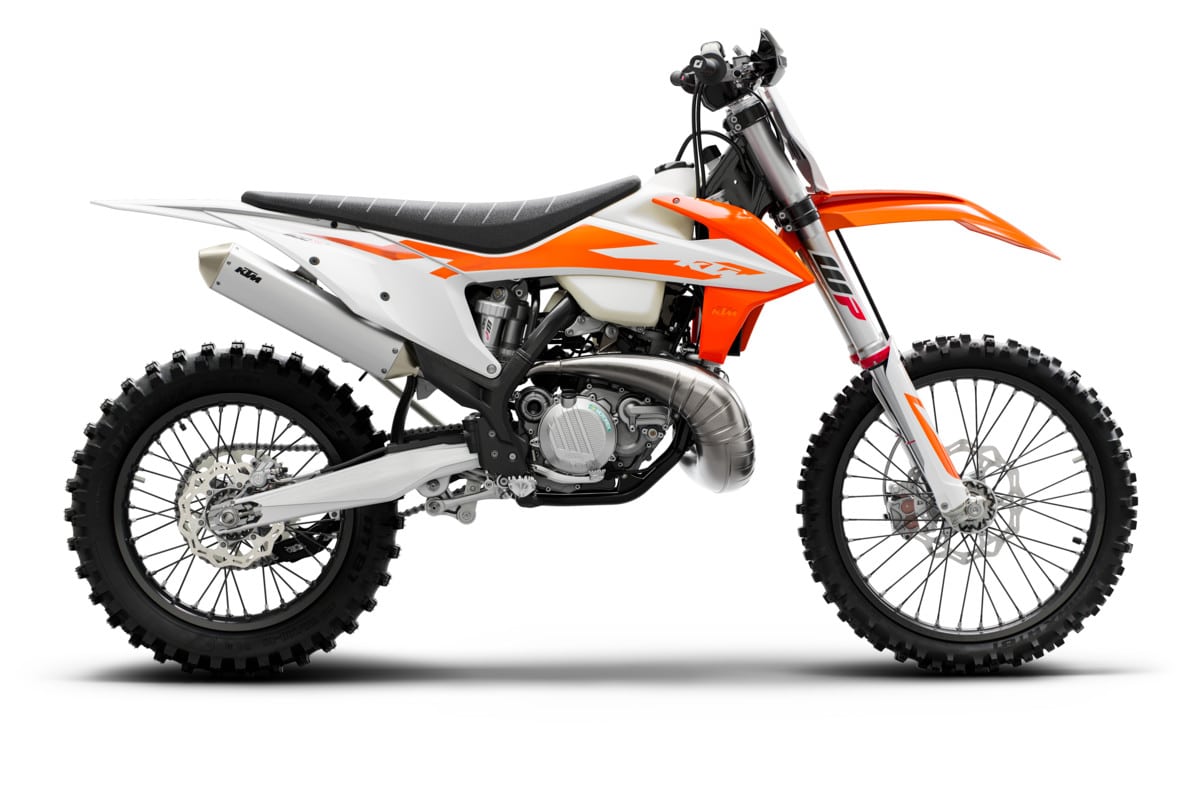 The  TPI system weighs more than a carburetor. It’s worth about 6 or 7 additional pounds. To compensate, KTM and Husky have eliminated the back-up kickstarter. That recovers maybe 2 pounds, placing the 2020 300XC at 224 pounds without fuel. The Husky is usually a pound to a half pound more. The pipe has an interesting look on the new models. It has ribs for strength. That’s a great idea. As for the remainder of the KTM and Husqvarna lines, we have heard rumors that the dual-sports will have big changes. There are also hints that off-road four-strokes might be back on the table. We will have to wait a few weeks to find out. For more on 2020 models, click here.

ALFREDO GOMEZ TO RACE IN U.S. 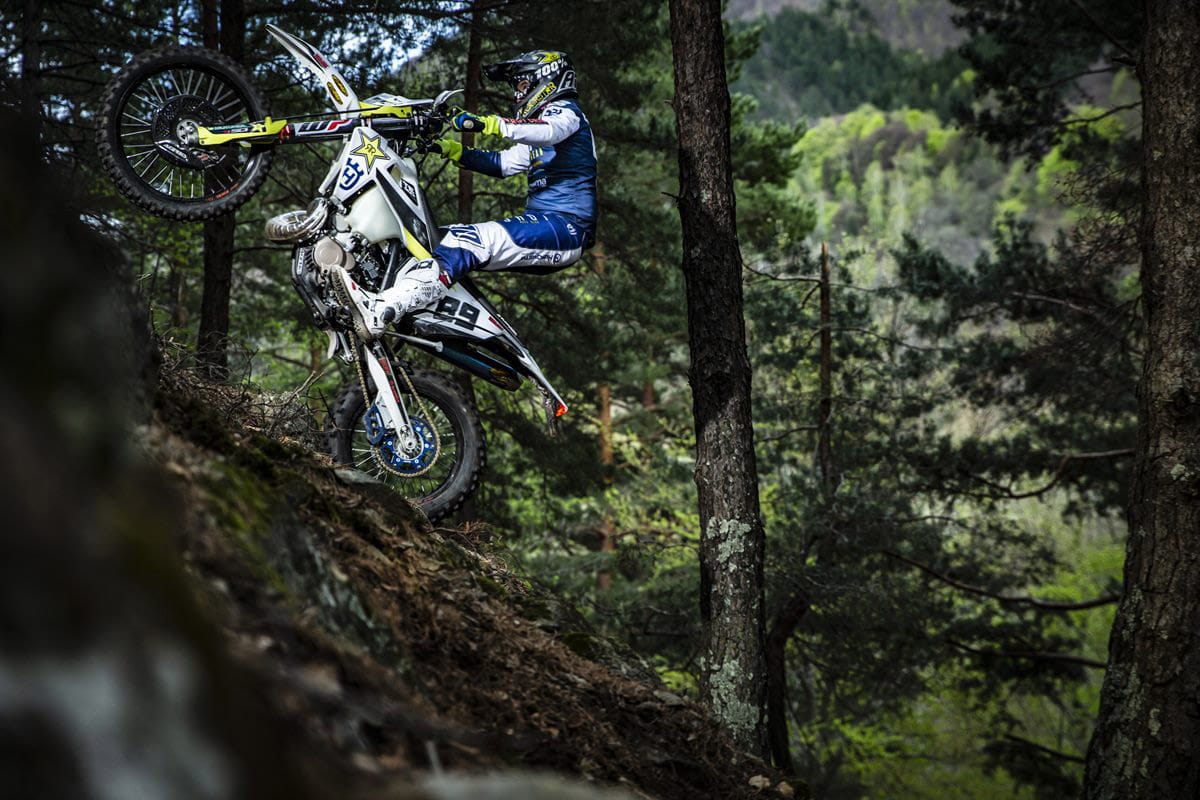 The guys in the Prairie Dogs MC have confirmed that Alfredo Gomez of the Rockstar Husky team will ride at the Last Dog Standing on June 8. It will be fun to see if he has anything for Cody Webb, Kyle Redmond and the regular U.S. guys. This year the event will have a Sprint Enduro as a qualifier for the non-pro riders the day before.

I rode the VCGP last week , but I had to lie to my wife about it. Four weeks earlier I crashed, knocked myself out and broke two ribs. When I left for the event, I told her that I wouldn’t race and pointed at the bike I was taking as proof. Who would race a BMW R1250GS? I said I would just use it to get around and take photos.  In truth, I wanted to at least start the Adventure bike class on Sunday. I figured none of the big bikes would be able to get around the course. Much to my my surprise, I managed to do four laps, broken ribs and all. An even bigger surprise that was one guy on a KTM 990 did 8 laps! I finished in sixth! But it was an experience I’ll never forget. I’m not sure I’d do it again, though. I highly recommend the concept of racing Adventure bikes. I don’t, however, condone lying to your spouse. For coverage of the Virginia City GP, click here. 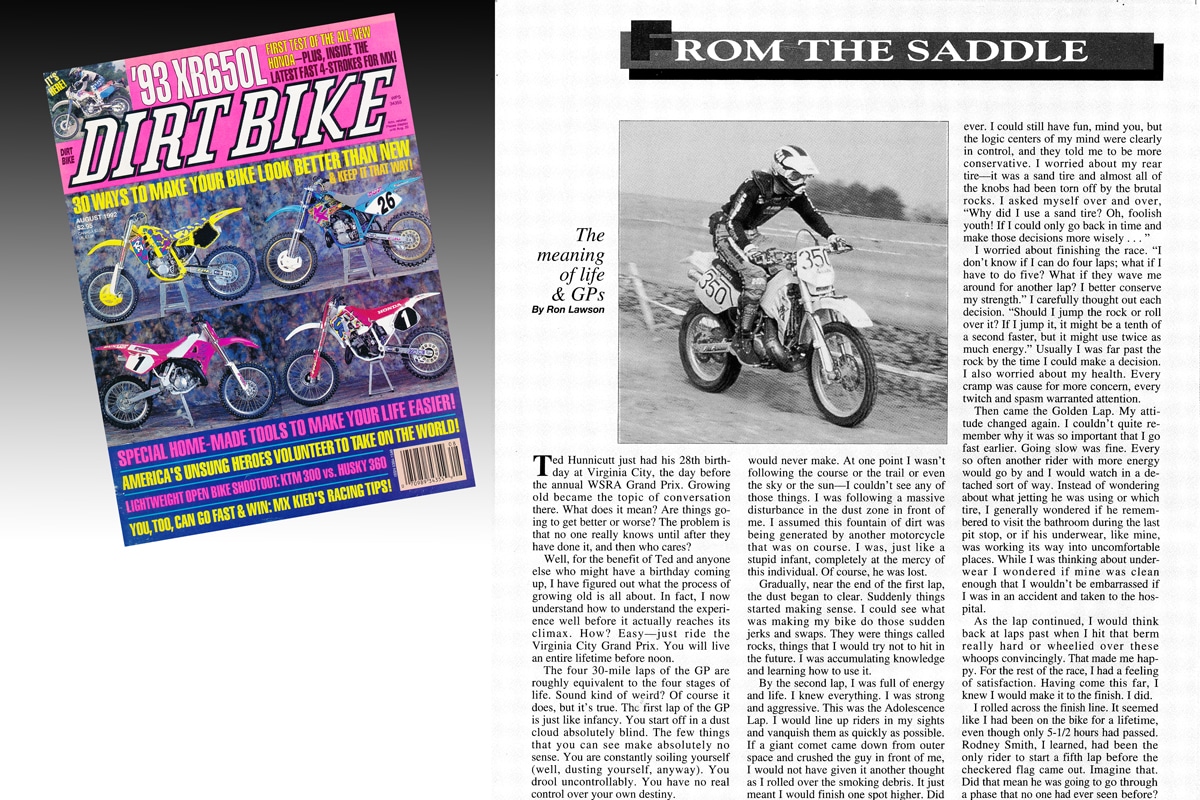 THE MEANING OF LIFE & GPs